Wondering what Klein has been up to during her break? 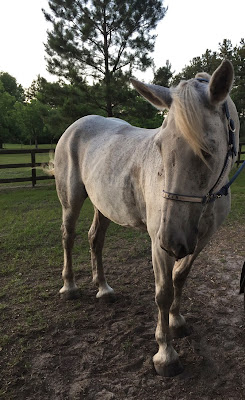 Being beautiful, even when she needs a bath.  She never takes a break from being beautiful.  8 years I have had the privilege of owning this amazing horse and my heart still skips a beat every day when I see her.

And by break I guess it's more like light duty.  The bugs have actually calmed down after their initial spring flare up.  She is doing better this year than last year with them.  She lost her fake tail two weeks ago.  It's GONE.  We looked everywhere for it, but she has been ok without it.  I'm still looking for something else to braid in.

I have been riding her a couple times a week, doing different things, trying to learn new stuff and switching up the routine.

Here's some of the stuff we've been up to: 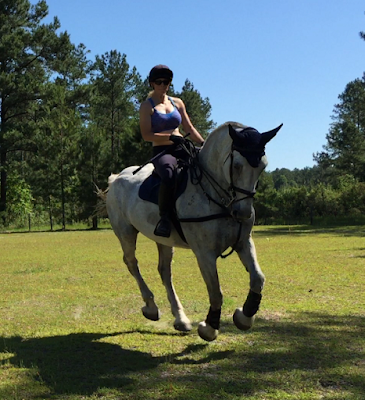 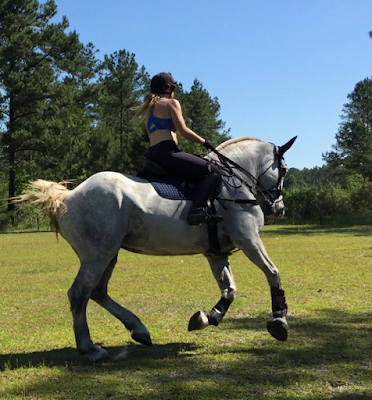 Working on flying changes.  After a dressage trainer told us to stay away from them we never really went back to them, but I feel like it's time. 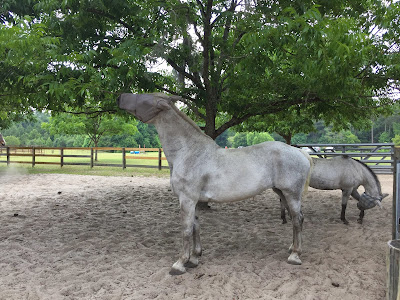 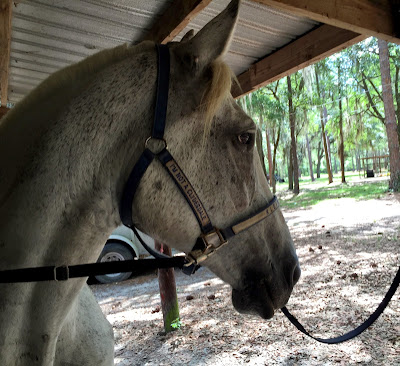 Being her usual serious self most of the time.  If she were a person, her sense of humor would be very dry.  She has always been a very serious horse, and I definitely appreciate that about her. 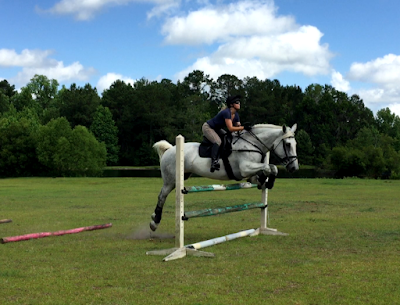 Having fun with gymnastics.  Here she is over 3'6" this morning.

And the video:
I have been dedicating some serious time both in and out of the saddle to improving my accuracy over fences. 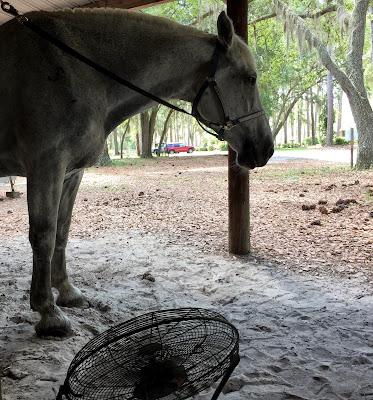 Enjoying her fan.  She secretly loves this thing.  She'll act antsy for the first couple mins in front of it because she wants to go back out, then I catch her like this two mins later, falling asleep in front of it.  Or she'll have her face in front of it.

We're having fun not being too serious right now.
Posted by The Jumping Percheron at 10:05 PM