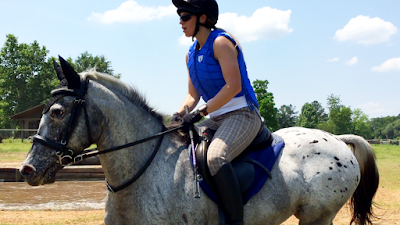 I decided to go ahead and take Mochs to the xc course any way after our training ride Saturday morning.  She was her usual brave little self out there.  First we walked around the property and then warmed up a little bit.  I wore my helmet cam.  I should have adjusted it to point down just a little more.  It's been a while since I've ridden with it, so next time I'll get it adjusted better.  It also looks like I might have not had it completely level on the front of my helmet.  But, it still worked great.  Here are the stills from it: 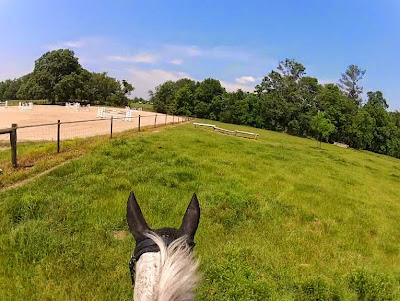 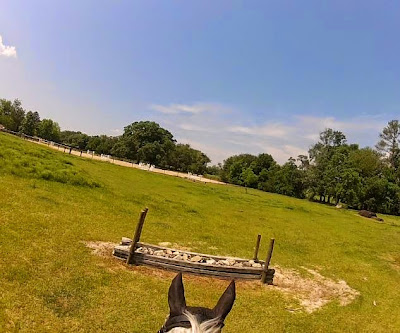 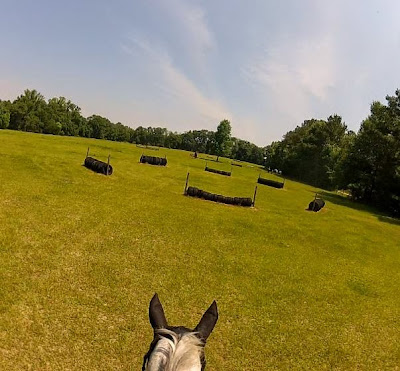 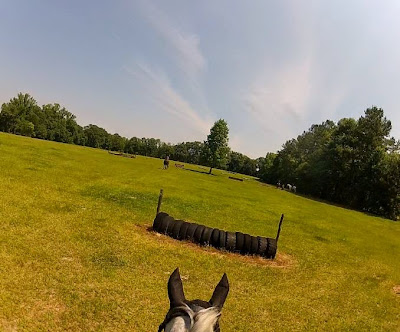 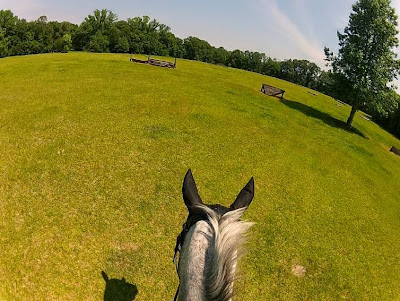 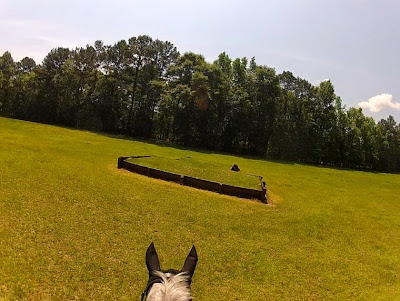 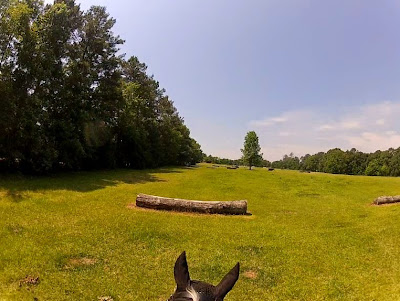 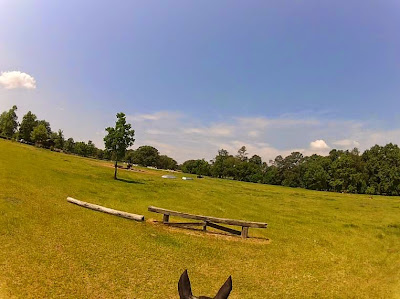 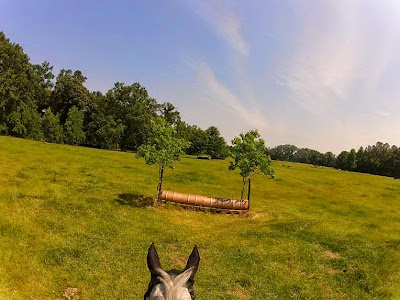 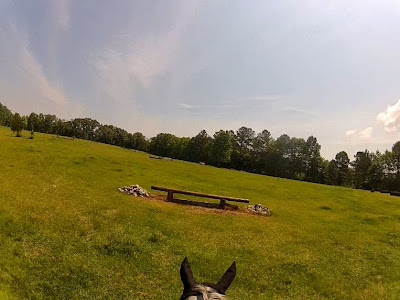 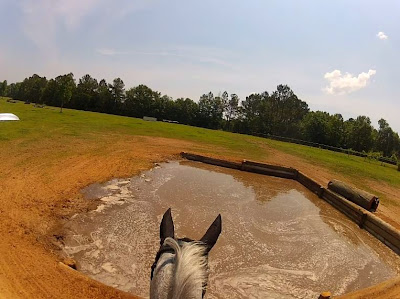 About to drop into the water. 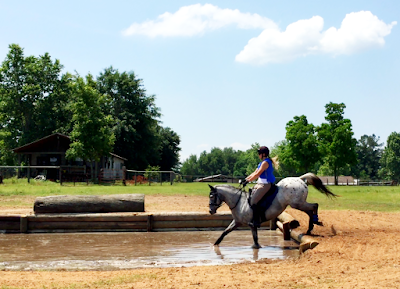 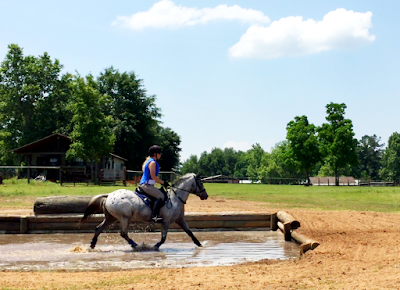 I was bs'ing with the farm owner and telling her I wanted to bring Moch to her show this weekend but wasn't sure which division I wanted to enter.  I first considered a CT with Intro B dressage test and stadium round with 18" cross rails.  Moch had a great time on the xc course and didn't do anything that I wouldn't feel comfortable with.  My only issue is our crappy canter departs and canter in general in the dressage ring.  The starter division three phase is the Beginner Novice A dressage test, aka two 20m circles at the canter.  That sounds pretty ridiculous.  Two whole canter circles, while all this time I have been thoroughly enjoying running through the test because there are things like canter between K and A.  Between???  That's a lot of runway to get into a canter.  I'm so used to having to make exact transitions with Klein for 1st and 2nd level stuff.  Likewise with the down transitions in BN A, they have to happen between letters.

At one point I was like, this is an unrecognized show.  This is for miles for Mochi.  Who cares about crappy canter?  I mean, obviously I do, but this will be her first show.  We are not there to compete, we are just there for miles and experience for Mochs.  So, I entered her in the starter three phase that evening:  BN A dressage, 2' xc, and 2' stadium.  I think my biggest challenge will be not giggling during our crappy canter.  I fully expect to get a 2 or 3 for it, and as long as we go in there knowing that, who cares.  We'll be fine!  It will be a great day to just be a team and have fun together.
Posted by The Jumping Percheron at 9:43 PM