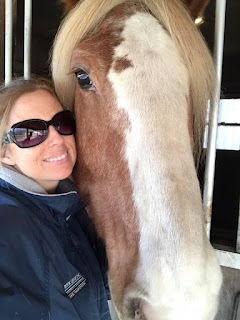 Yesterday we celebrated three years of Wes being home!!  I can't believe it has been three years already!  There are still days that I look out and still can't believe it is really him out in our pasture.  He thrives on his routine and is still very happy looking after his mares. 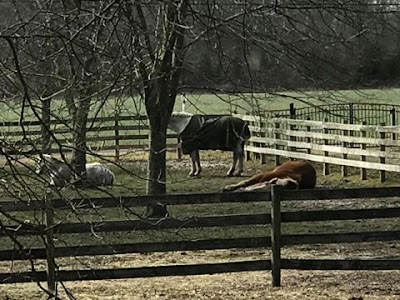 Napping with his mares.

Here he is running after them earlier this week when The Other Half was out doing some pasture maintenance.


We call this day his Birthday/Anniversary because it is the anniversary of his homecoming and though he is a Tom Lane Belgian from Creek Side, I don't know his exact birthday.  So, we decided to make his homecoming day his birthday because it was the first day of the rest of his life.  How I know he is 26 is because I did know his age when I first met him, years ago, when he had just been bought from an auction out of Denver.

For his Birthday/Anniversary all the ponies had a beer mash to celebrate. 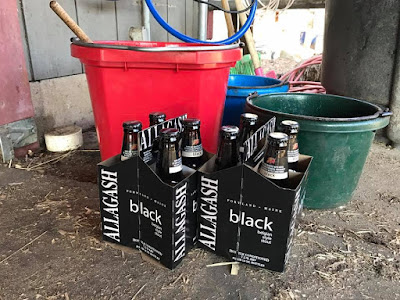 Of course, every time the ponies get beer, guess who is the sloppy one?  The pony, who else?  Mochs would be the sloppy drunk that would still manage to drink everyone under the table, if she were a human.  This time I got some video to prove it.

Don't worry, she does NOT get as much beer as the drafts do.  Though she could handle it, I'm sure.

Happy Birthday/Anniversary to the sweetest boy in the whole world!  And thank you again to all of you out there that made his trip home happen!  I hope you enjoy all of the Wesson updates over the years! 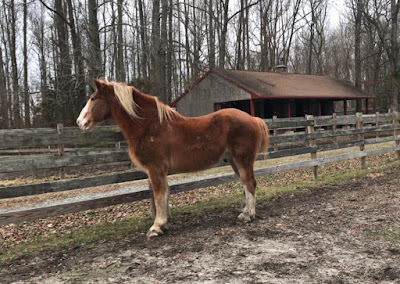 Last week, waiting for me to come back with his mares. 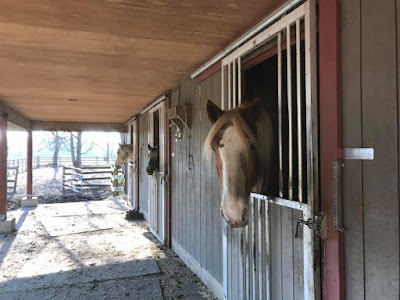 Waiting for their beer mash.
Posted by The Jumping Percheron at 9:33 PM