Wes is a pretty simple guy.  He thrives on a routine and doesn't ask for much outside of having a solid routine.

Sunday evening I was coming home with Klein after being out riding with friends and The Other Half took a video as I pulled in the driveway of Wes' normal welcome home routine, cantering and trotting after the trailer.  He LOVES when his Klein mare comes home.  Sometimes he'll whinny to her, of course she never says anything back, but he doesn't let that ruin his fun.  His world is complete again, both mares are safe and home.  What more could a guy ask for?


Here are a couple other things he enjoys: 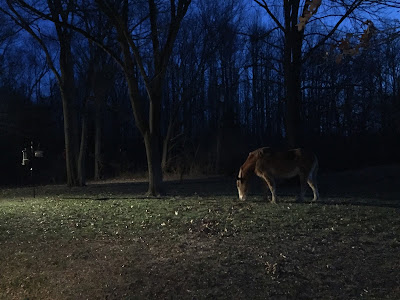 Hanging out in the yard while I do barn chores.  Or yard work. 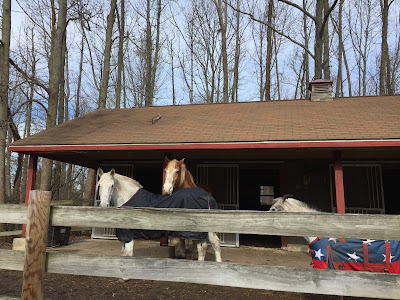 Generally hanging out and being close with his girls.  I came home from the gym the other morning to find him resting his head on Klein, I'm surprised the fun police puts up with that. 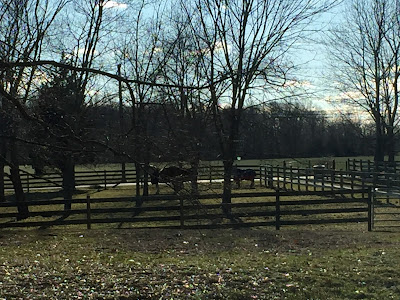 Group nap time in the sun. 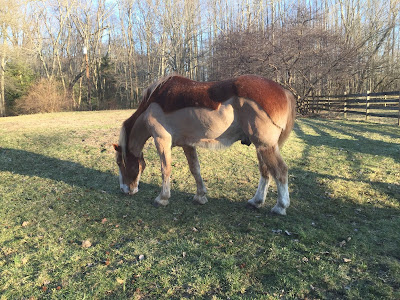 Spring time hair cuts.  It's about that time...he will thank me this week.  Spring has officially made its entrance in to South Jersey.
Posted by The Jumping Percheron at 10:00 PM