Mochi Update: Now You Can Call it a Come Back 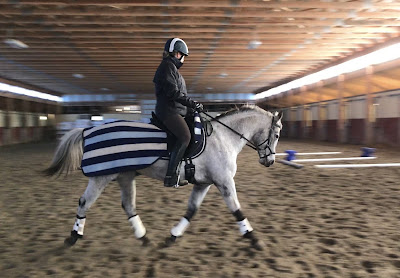 I feel like it's gradually becoming more and more ok for me to let my excitement with Mochs progress this year be believable.  She feels...AMAZING.  She looks AMAZING.  I really think this is going to be the year where I can compete her regularly again.  She is looking and feeling the best she ever has.  I *THINK* we may have just gotten off the roller coaster ride that has been the past two years.  The most recent ups and downs of the roller coaster being this past summer:

She has went out again with friends.  These types of outings are perfect for her.  Now that she is back to work, she has been going all over the place with me.  That second time we went for a hack with friends her anxiety surfaced for no particular reason.  Her hindquarters started to quiver before I even loaded her that morning.  Normally it starts once she's loaded.  Even when she does this, I still have her loose in a box stall on the trailer.  She gets wound up but she doesn't act stupid in the trailer, so I continue to allow her to have her freedom back there to do what makes her comfortable, i.e. look out whatever window she wants, turn around and ride backward, or just ride facing forward, eating her hay. 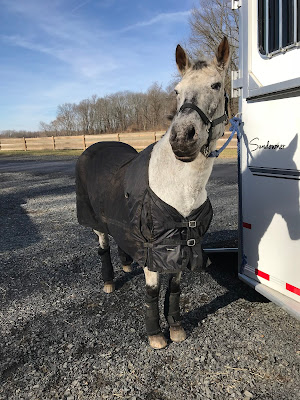 She was also wound up for our ride.  The week before she was pretty mellow, but that time she insisted on being out in front and how she out walked two big horses with her pony power walk, I don't know.  She settled half way through the ride though and that right there is why we do those things.  That's the only thing that will help, just go out and do stuff. 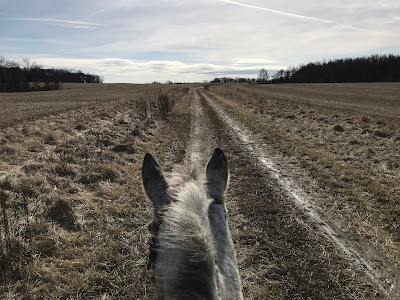 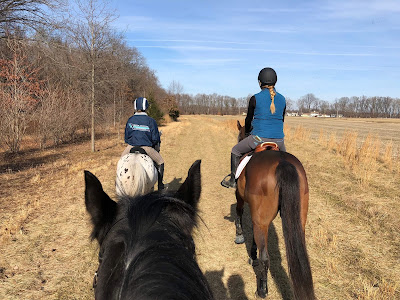 You may recognize that tall, dark, and handsome fellow, Scout, from
https://beyondtheshedrow.blogspot.com/ 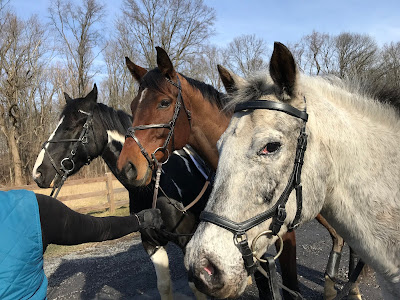 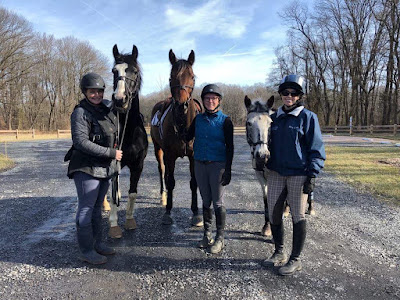 So much fun!  Not often I have the smallest horse!

In addition to hacks she's on the lunge line once or twice a week, sans any type of tack.  We'll throw side reins in the mix here shortly.  I have been riding her in the ring once or twice a week right now as well, and that will pick up as she gets more in shape. 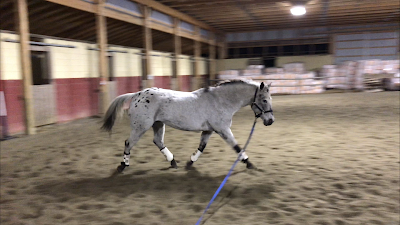 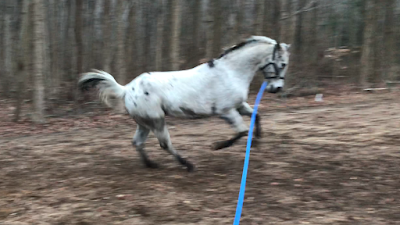 Feeling good and making it known, yet still adorable while doing it. 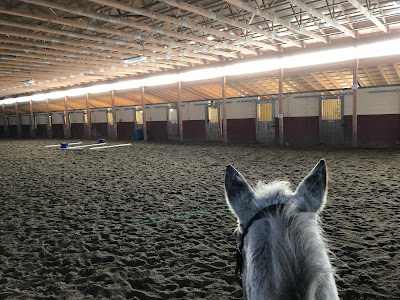 Today, she was nothing short of amazing for her flat work.  She could not have been any better.  She without a doubt feels the best she's ever felt.  Even her canter is somewhat together right now.  She's lacking in the strength department, but with increased work that will return and her balance at the canter will improve.  Here is some video at the trot today:


I am determined to make this her year.
Posted by The Jumping Percheron at 10:40 PM