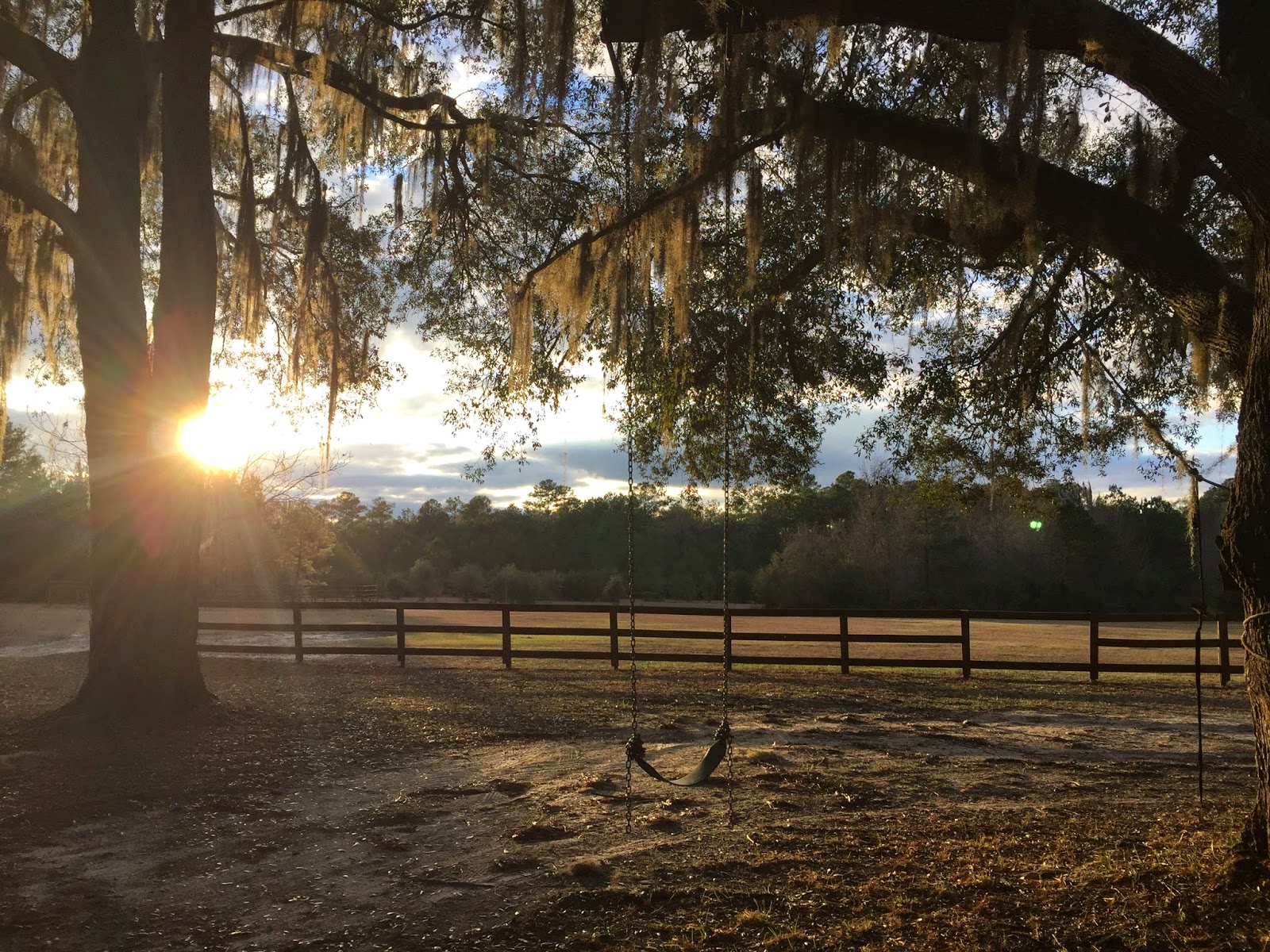 Our 2015 is off to a great start!  We rolled into it from a year full of healthy, happy ponies, which was really my main goal for the year and will continue to be.  We started off the new year with moving to a new barn today.

The move has been in the works for a while, we just had to find the right place.  There have been some things going on at our previous place that we were concerned with and decided it was in our ponies' best interest to move on.  We had looked at several different places in the area and then finally the right place came along.  It's a private property of 45 acres with a nice dressage ring, area for jumps, and access to 1,000 acres of trails.  It is also only 10 minutes from our house.  The previous barn was 35 minutes away.  The drive never kept me away, obviously, but I'm not going to say that we aren't super, super excited that the pony faces will only be 10 minutes from home.

After talking a lot about whether or not to really buy a property here, we have decided that it's just not a good idea right now because we know that at some point we WILL leave this area and be stationed at another base, in another state.  Renting a horse property is just something we both do not want to deal with.  We would rather continue to board for the time being and then buy at our next duty station.

Though it is REALLY hard to turn down places like the one pictured below.  This property is in our area and our price range, but it will be worth it in the long run to hold out and stick with our plan.  We will find a beautiful place like this to buy at our next duty station. 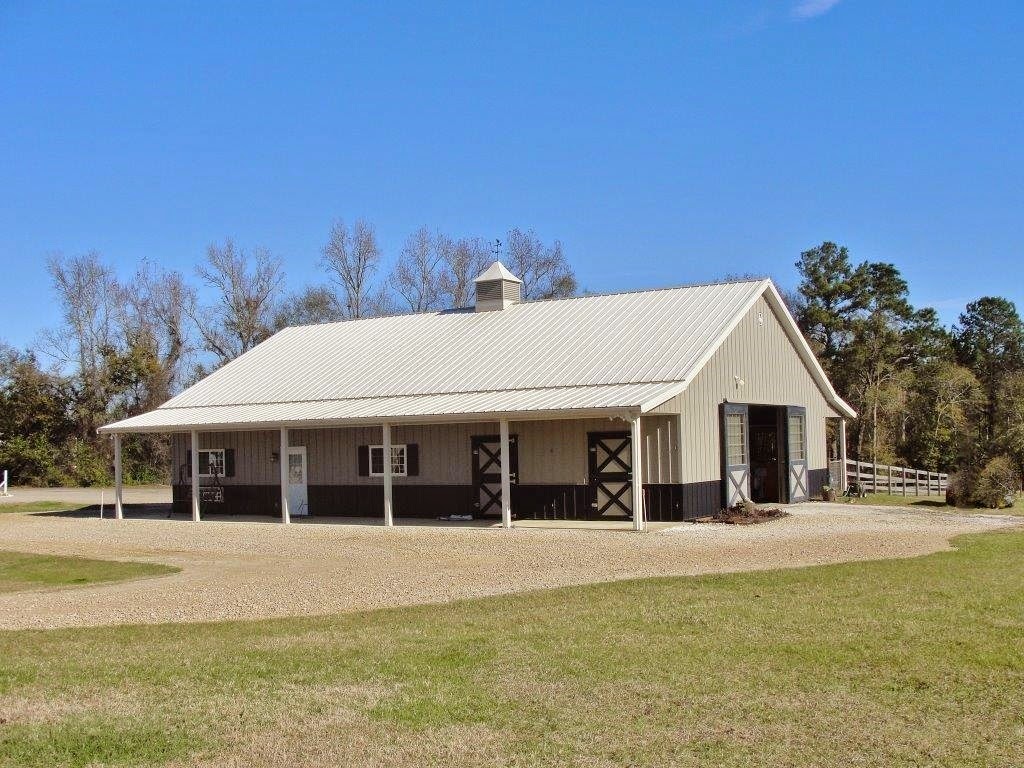 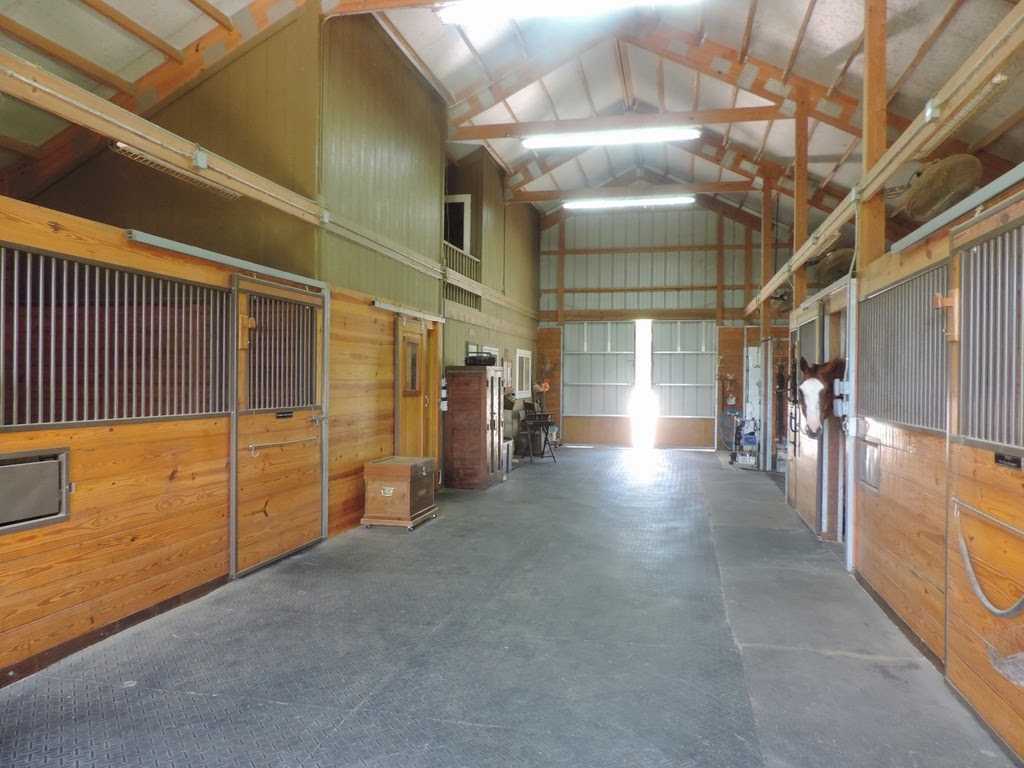 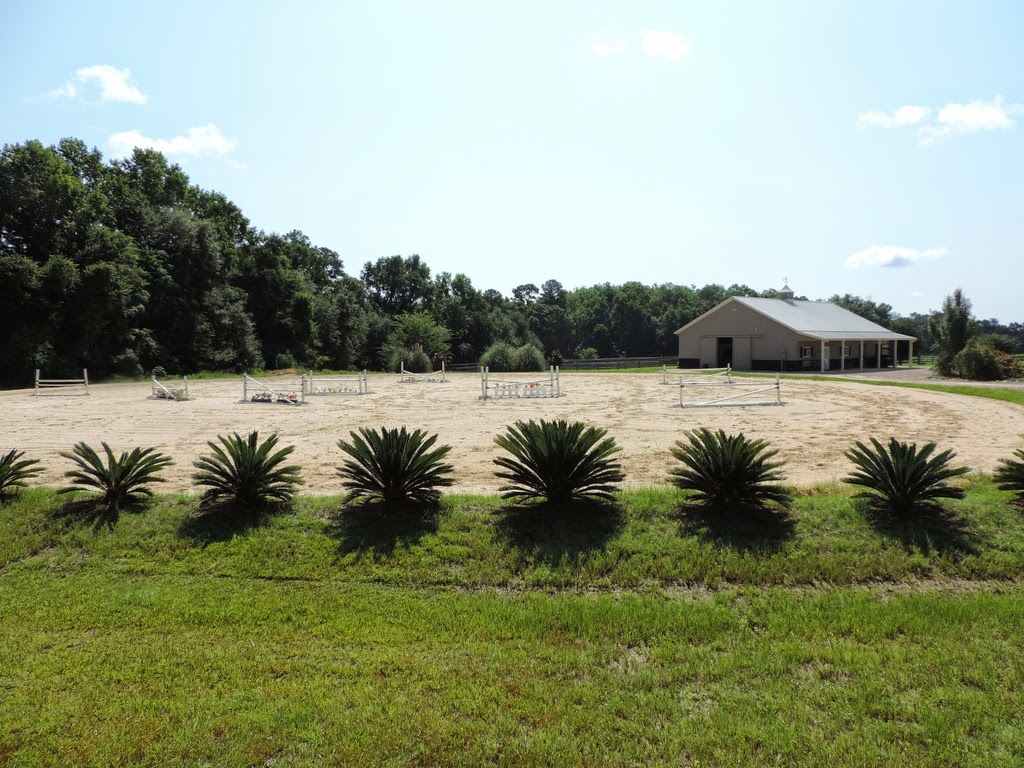 Anyway, we started packing up pony stuff last week in preparation for the move today. 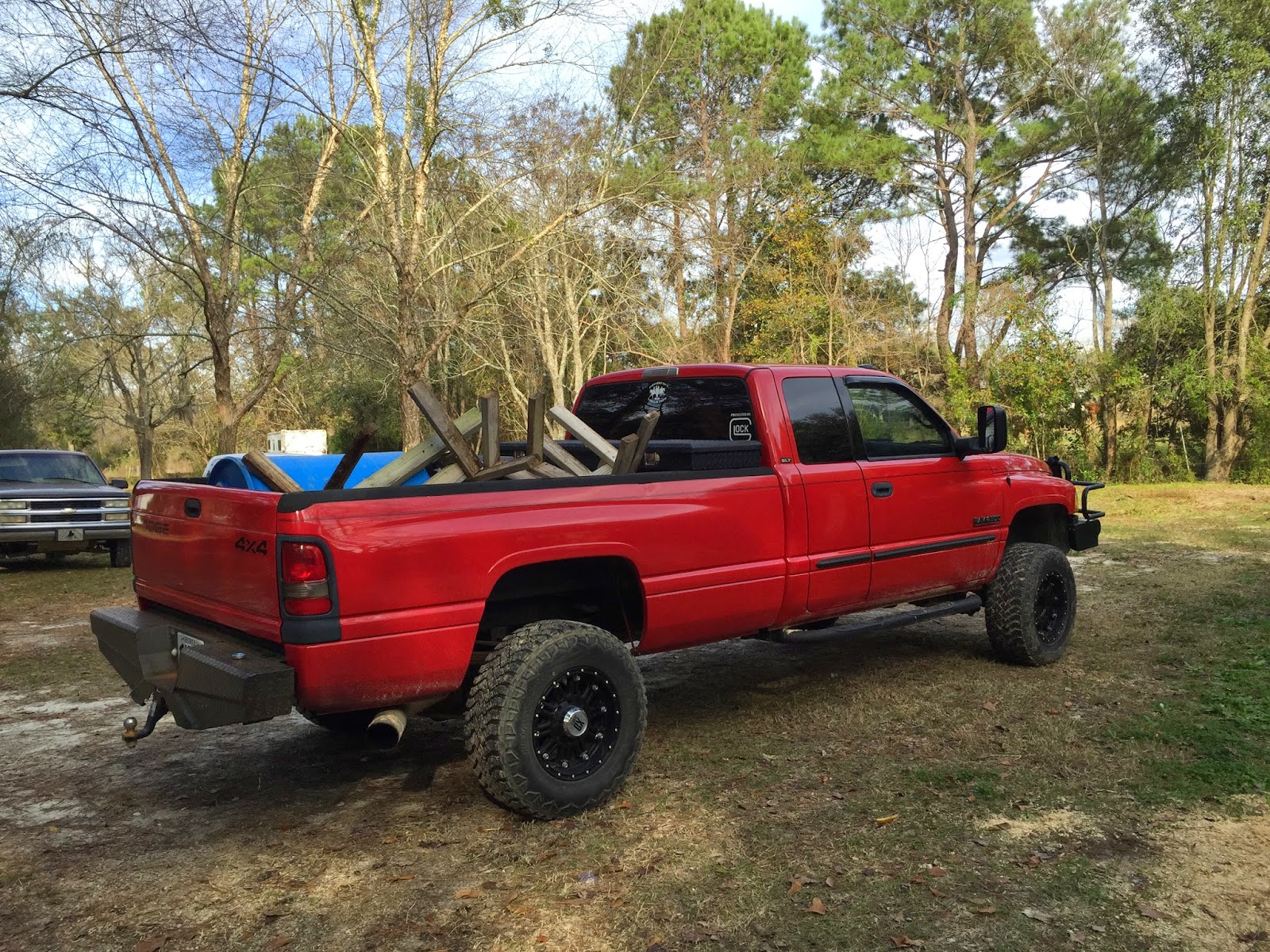 Everything was ready to go for the ponies to move today and everything went smoothly.  We took the mares first so that when Wes arrived his girls would be there and he would know he was supposed to be at the new place. 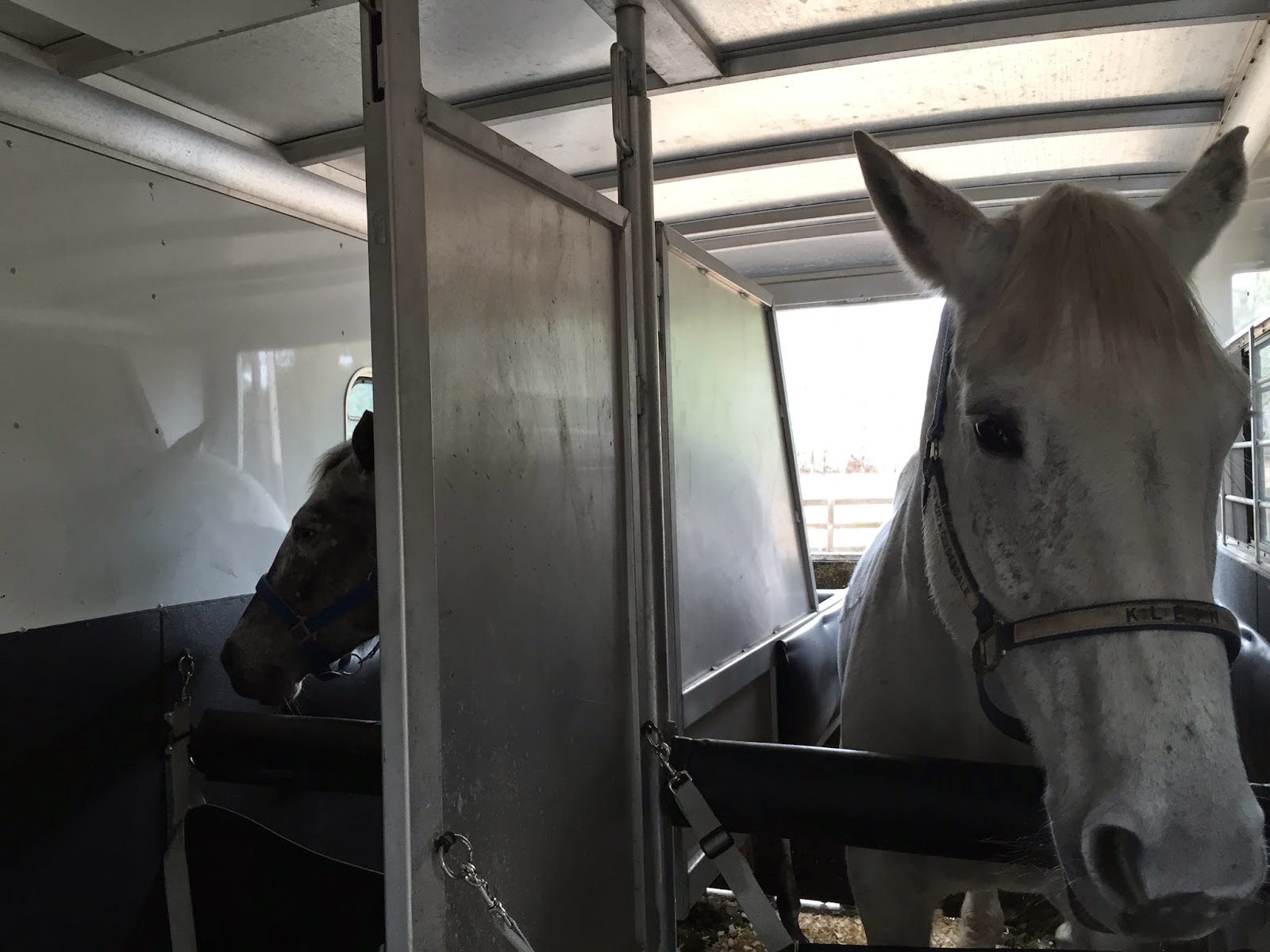 The Odd Couple ready to head out.

When we arrived with the mares we put them in the round pen so that they could take a little while to just get themselves oriented with their new surroundings.  There are four other horses on the property but they will remain separated for at least a week.  This way both groups can get used to each other. 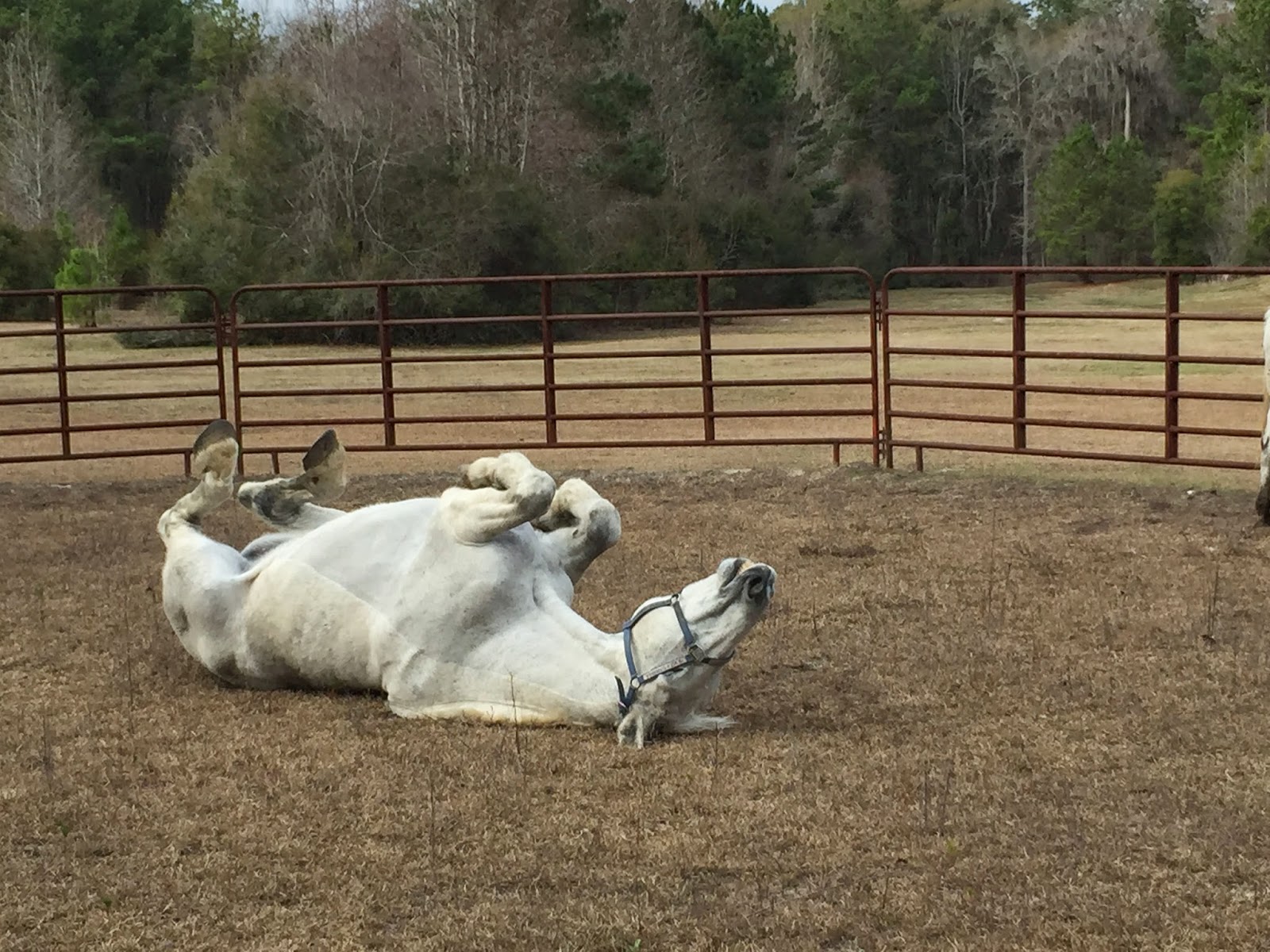 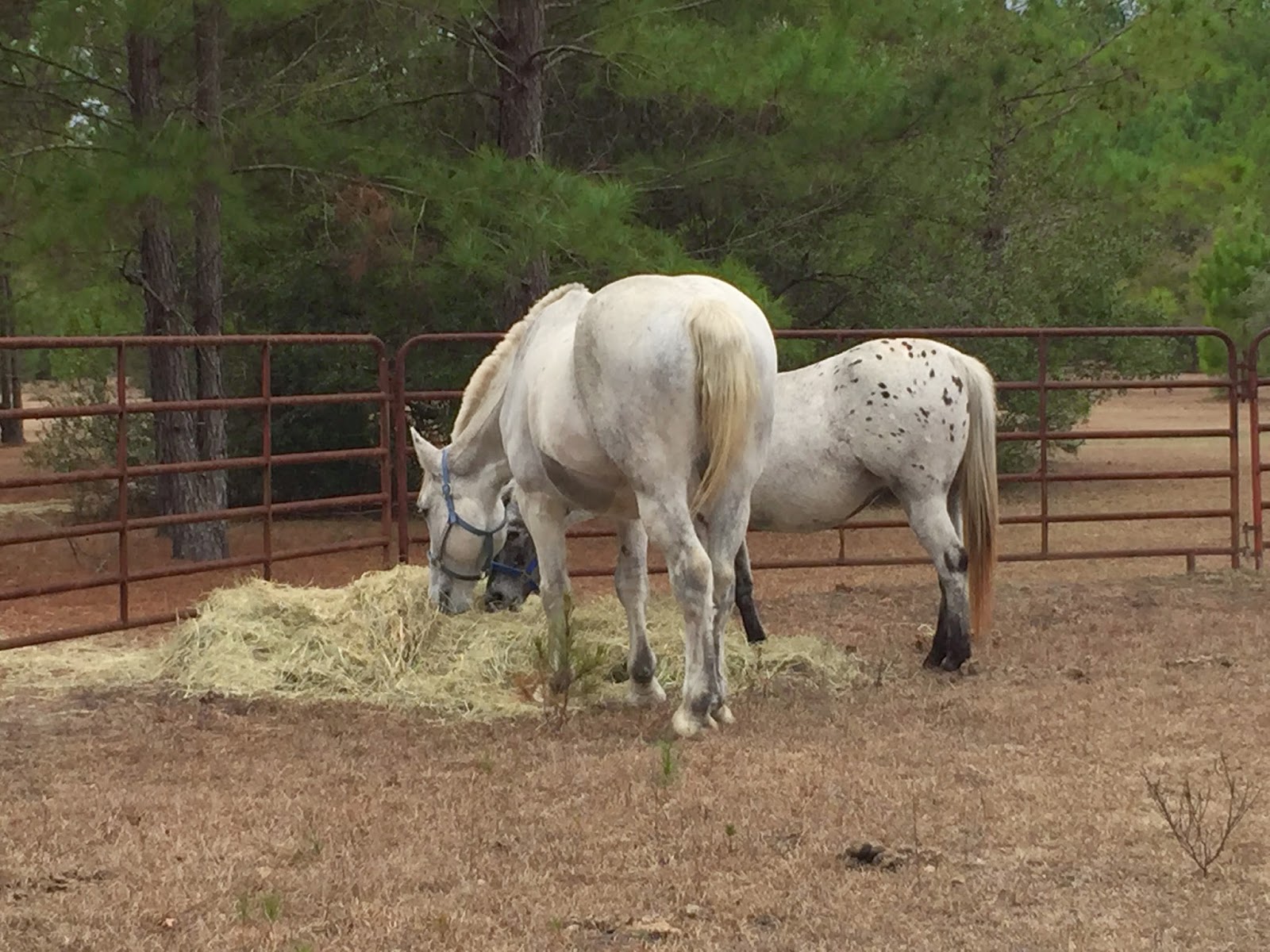 The girls really could not have cared less about being in a new place.  We threw them some hay and they paid no mind to the other horses or anything else going on. 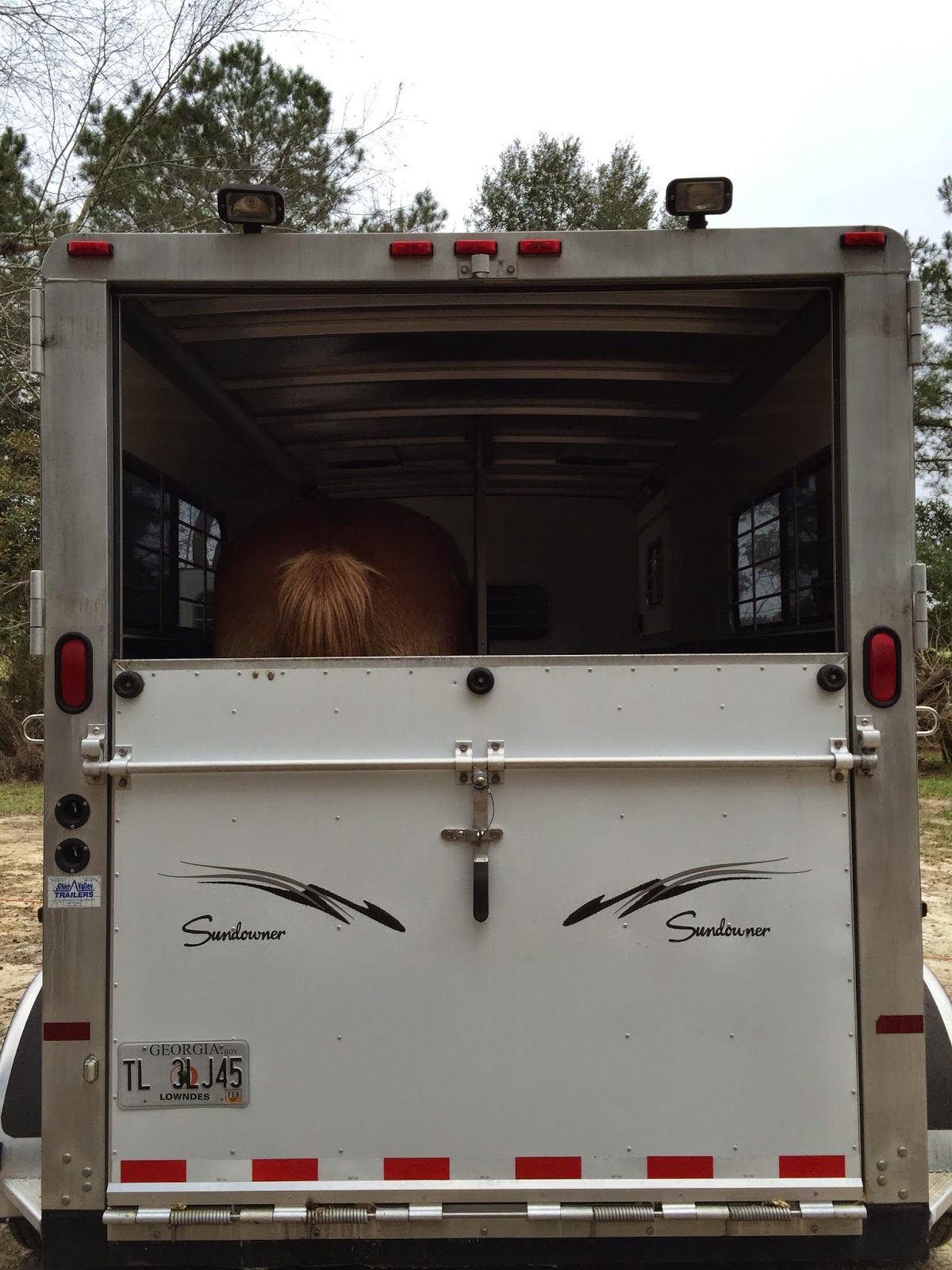 Wes definitely wasn't too sure of why he was in a new place when we unloaded him.  It was pretty funny, as soon as he saw the girls it was almost like he couldn't believe it was them.  I know in his mind he had to be wondering how they got there. 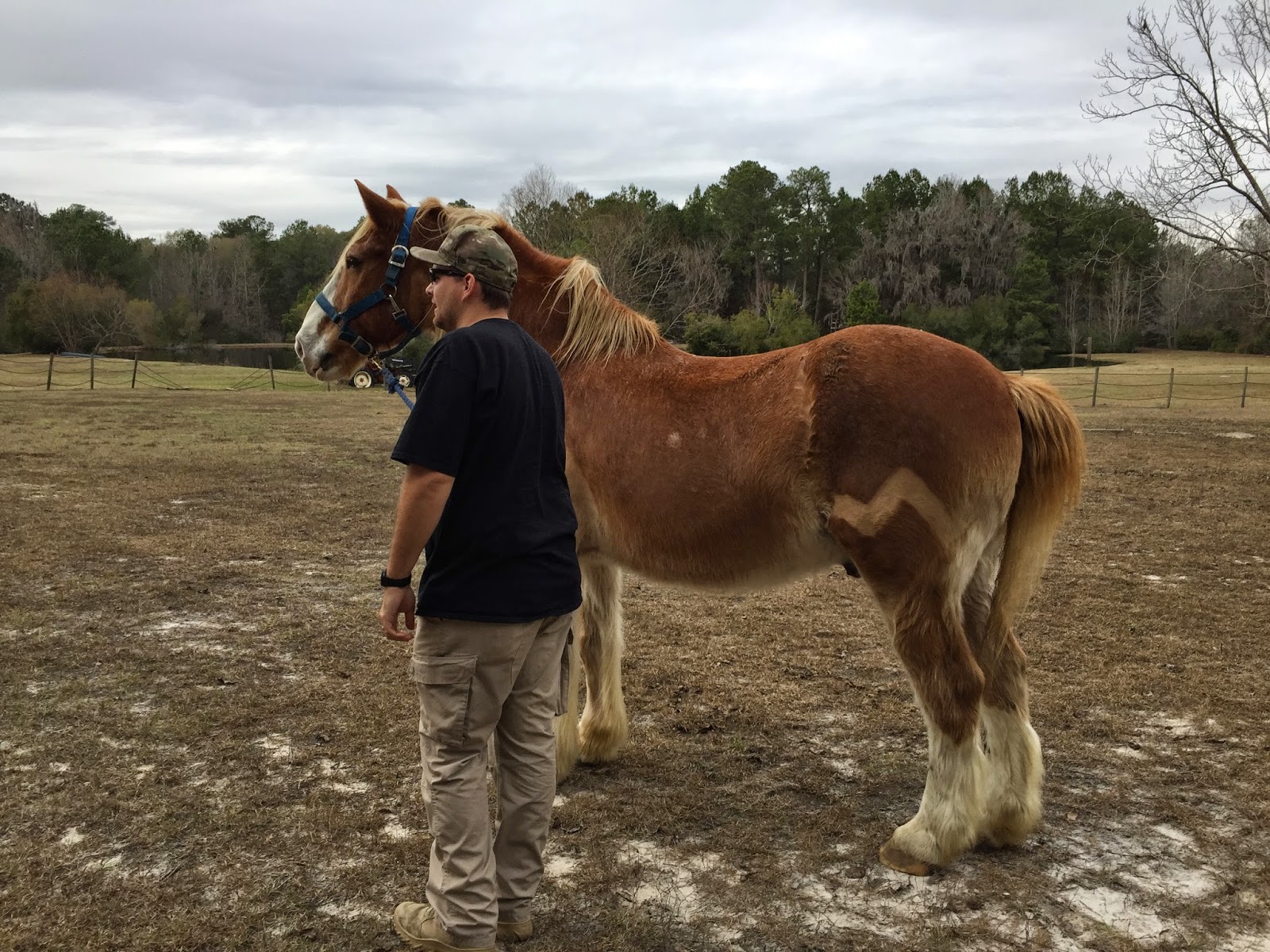 Wes spots his girls waiting for him. 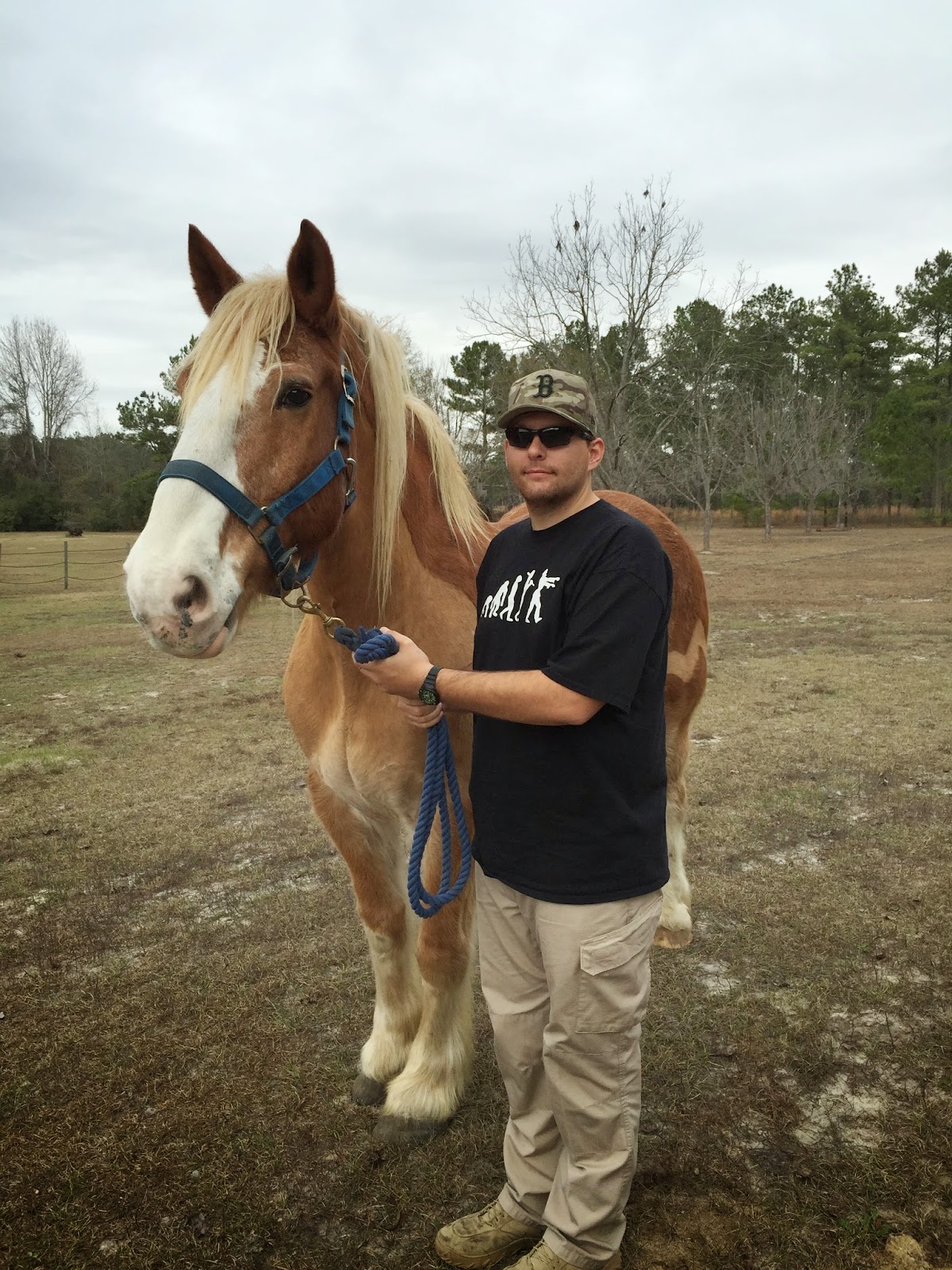 The Other Half with Wes still trying to figure out how his girls got there.

We put Wes in the round pen with the girls so that they could all just take a little bit to observe their new surroundings together. 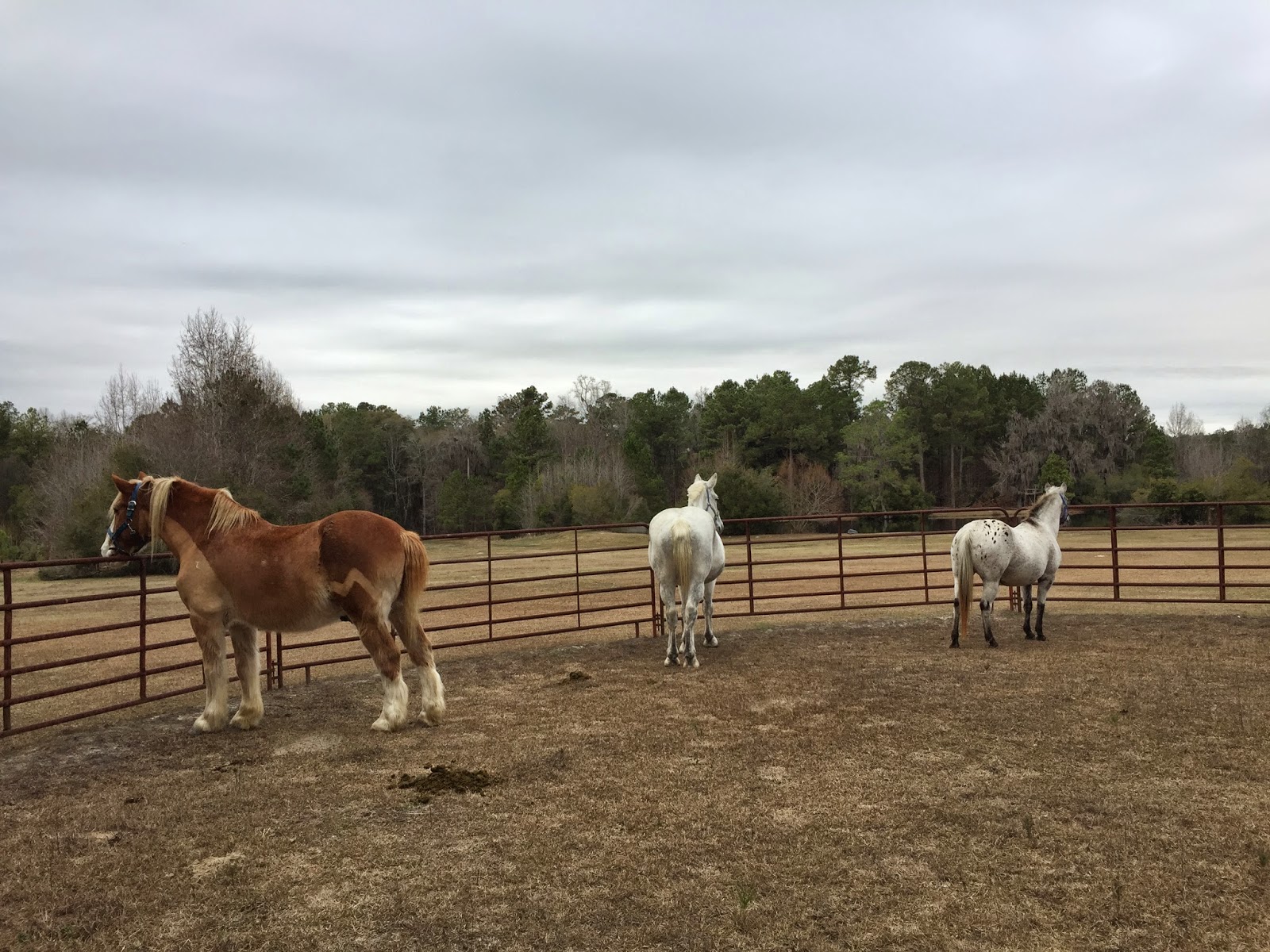 Checking every thing out.

When we let them out of the round pen the fun began.  Mochi started it.  She got everybody stirred up.  She galloped around bouncing along like a deer and snorting.  The other horses, all geldings, came running to the fence to watch the commotion.  Our three largely ignored the other horses and went galloping off to explore. 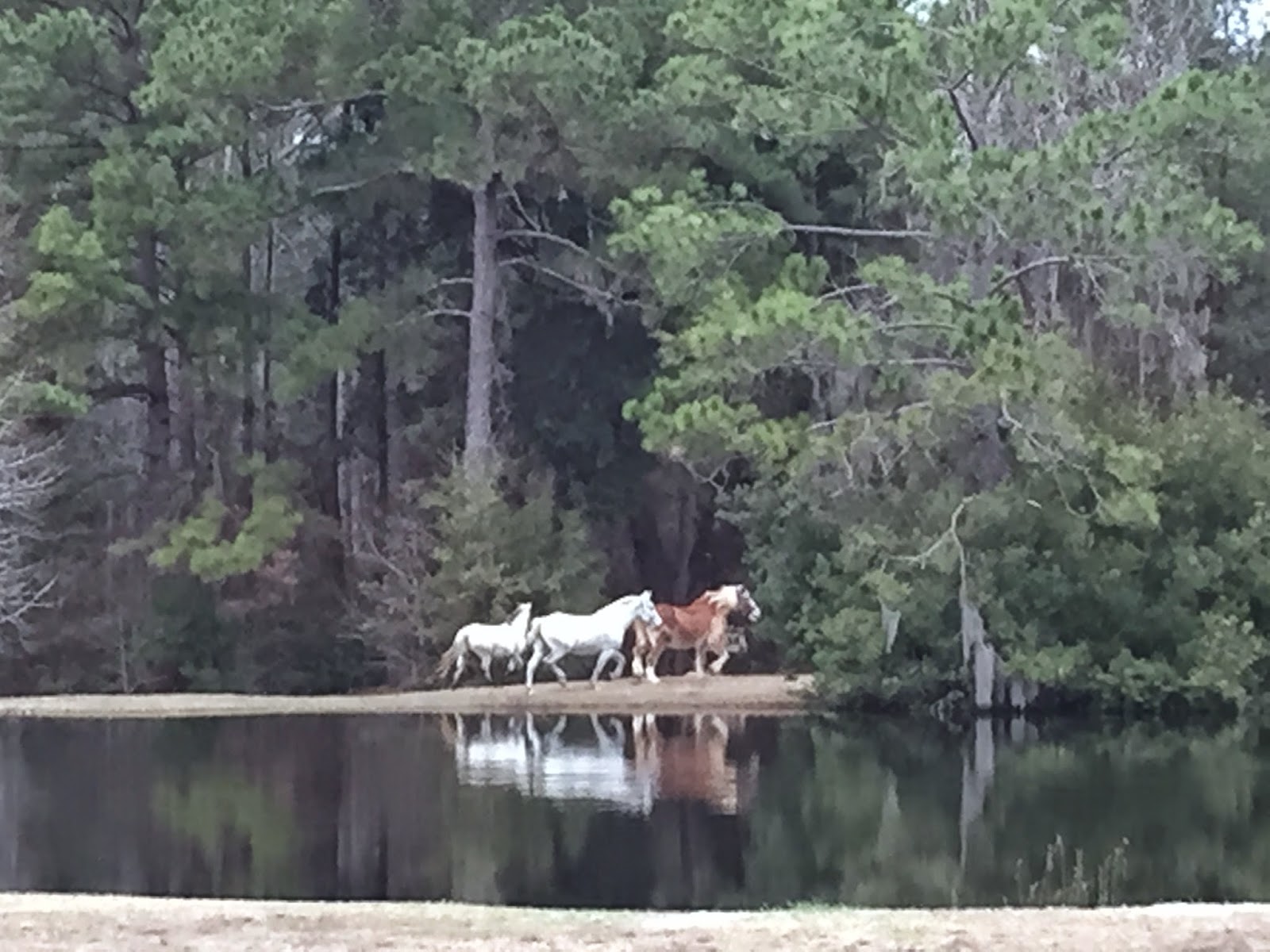 Checking out the pond.

They all galloped for a good 20 minutes.  They stayed together with Mochi leading the way most of the time.  Then on a gallop Klein would over take her.  Wes kept up in the beginning but he started to lag behind the girls after a little while. Wes galloped the most I have ever seen him.  I can guarantee he hasn't galloped around that much in the past 10 years, and for that, some Bute was in order for his old self. 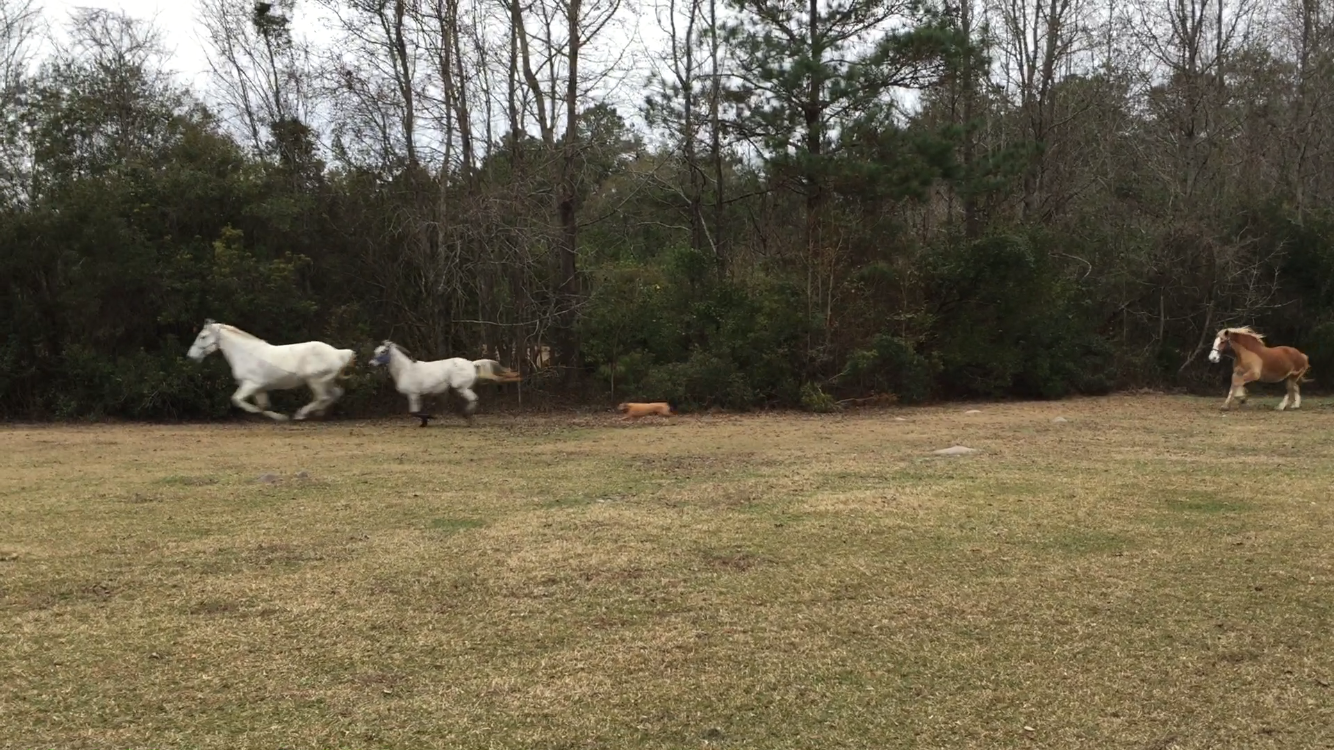 About 20 minutes in Wes started to lag behind. Wes telling the girls to wait for him.

Wes couldn't have been happier.  He LOVES being in with his "sisters."  The mares and geldings were separated at the previous place and he would often stand at their shared fence and stare over at the mares.

After they all settled down they went to the round bale for a little while.  Wes would occasionally wander off on his own and as soon as the mares were out of sight he would call for them.  The Odd Couple being the Odd Couple, they never acknowledged him.  In fact, neither of the girls made a peep the entire time.  Only Wes spoke up.  After he would call for them he would come trotting back to them.  It was pretty adorable. 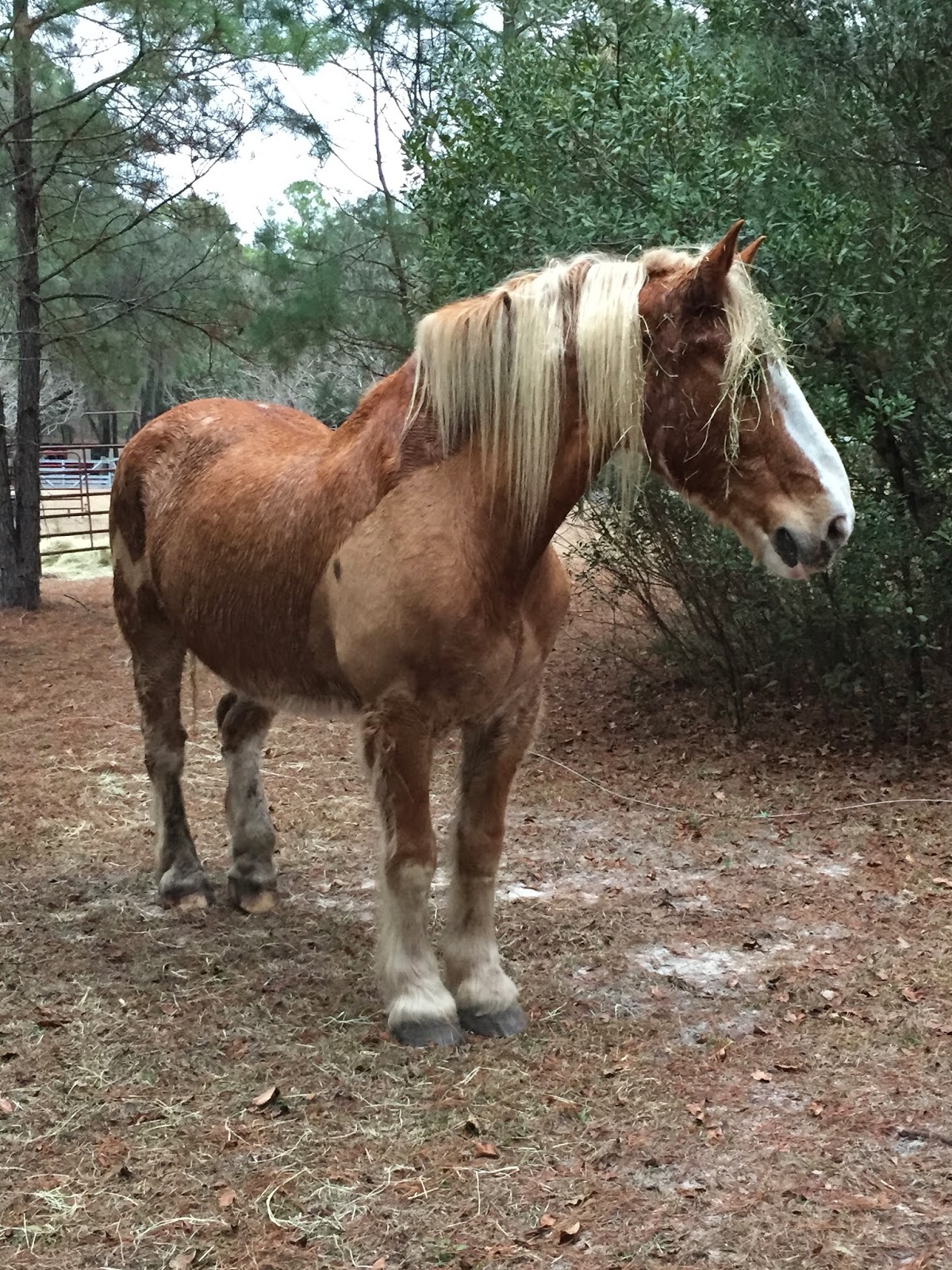 Wes, sweaty and happy after he cuddled with the round bale.

Wes got pretty sweaty, so did Mochi after all their galloping.  Klein, she barely broke a sweat.  She is in shape though, Wes and Moch definitely are not. 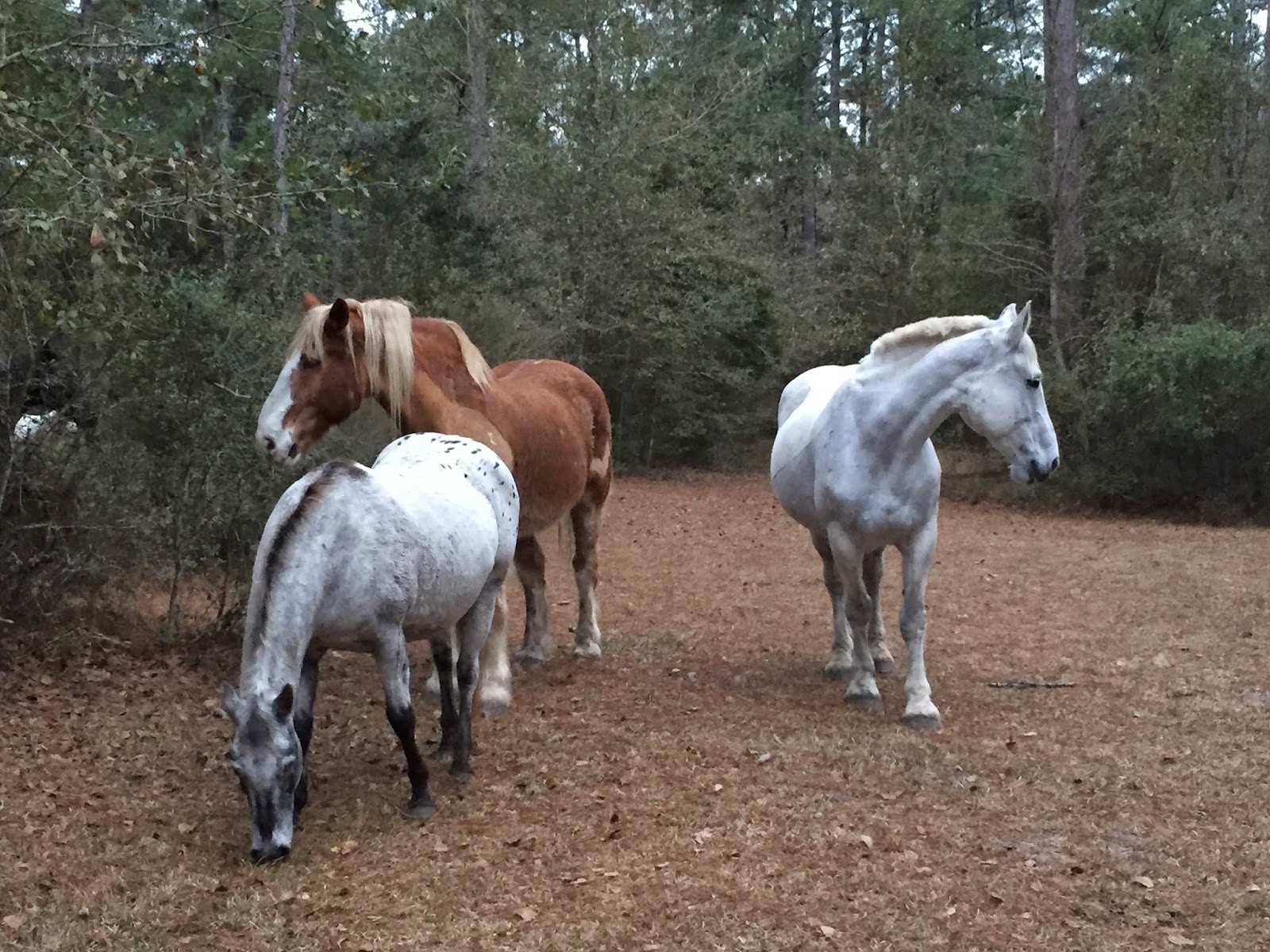 Wandering around after their grand adventures. 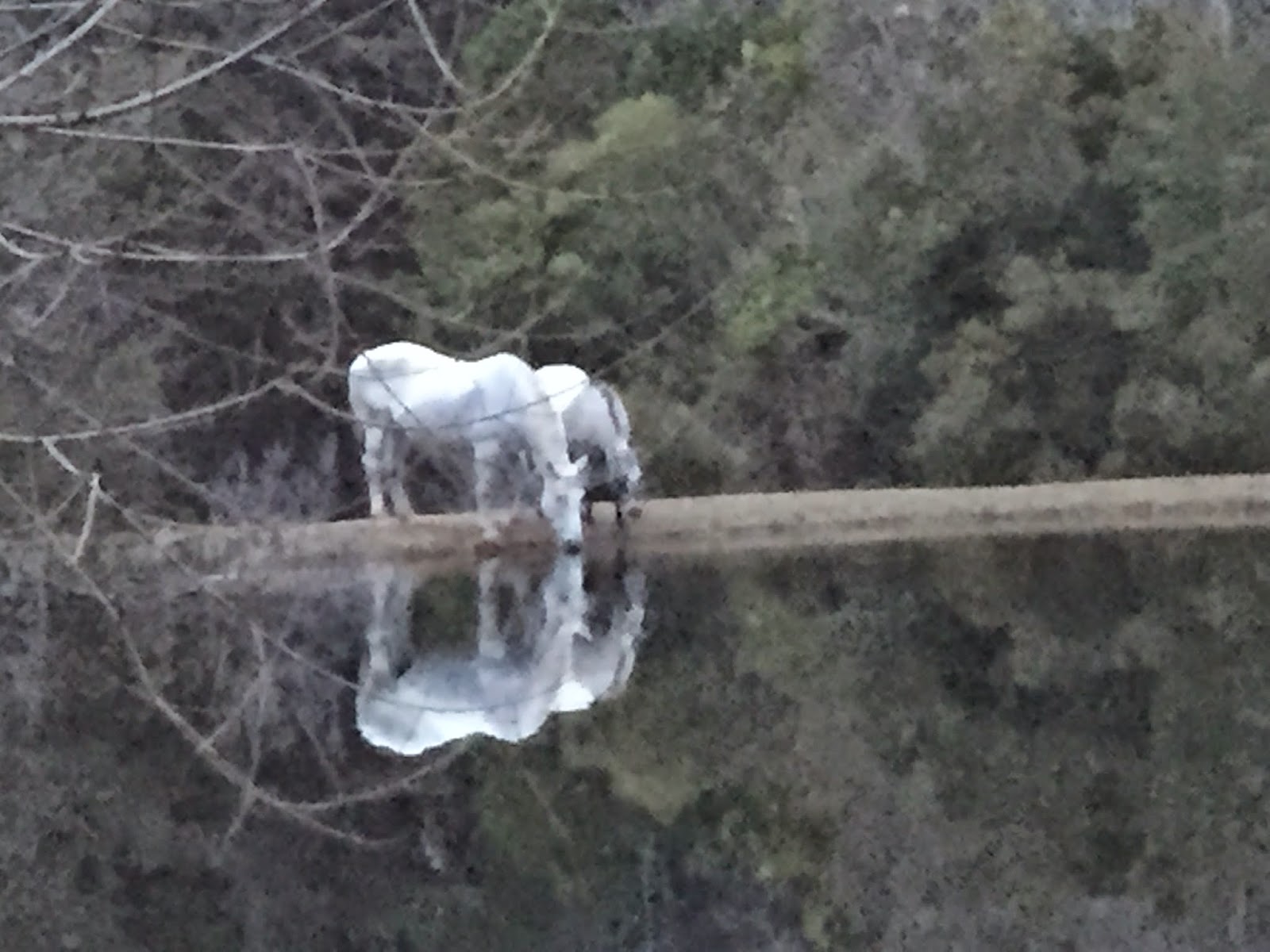 The mares drinking from the spring-fed pond.

We stayed until the sun was down to make sure everyone was still comfortable and settling in.  Our little herd was calm and happy and I think they already have shown how much they are going to love it at the new place!
Posted by The Jumping Percheron at 11:16 PM