Off to a Great Start!! 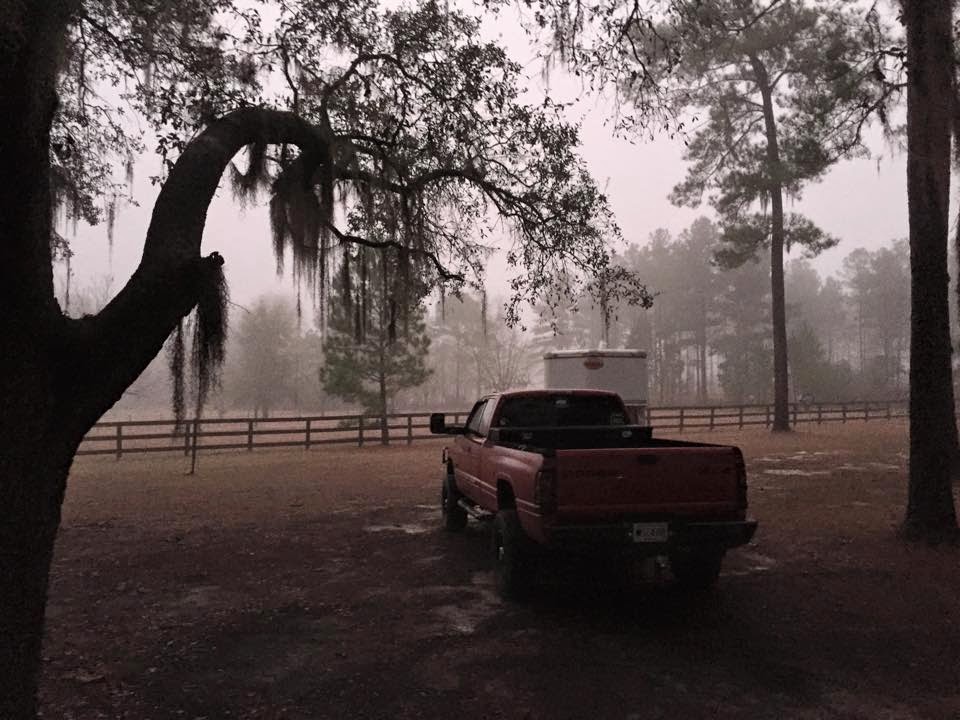 A beautiful, quiet, peaceful foggy evening at the barn.

The ponies continue to settle in and establish their new routine.  I think Klein is enjoying not being bossed by other mares.  Right now, she's the boss.  She used to be #4 in line but now she's #1 because Wes and Mochi will both listen to her.  Mochi tries to boss Wes a little bit but he kind of stands there like "Make me."  He doesn't get ugly back to her, it's pretty funny.  Sometimes he'll move if she gets after him and other times if he doesn't feel like it, he doesn't move when she asks.  He will listen to Klein every time though.  Watching Mochi try to use every bit of her 14 hand height to get what she wants with a 17 hand horse and an 18 hand horse is hilarious.

There is a canoe beached at the pond in their pasture.  The other day Wes went over and started tapping it with a hoof and I guess he didn't ask Klein for permission.  She was on him IMMEDIATELY.  She squealed and chased him off.  It was like she was trying to say "That's not yours!  Don't touch it!!!"  The Other Half went down to it today and tapped it with his foot while Klein wasn't too far away.  Her head shot up and she stared him down.  It was too funny, I don't know what her issue is with tapping the canoe, but obviously it's against the rules.

Speaking of Mochi, she has been working this week.  I've taken her on a hack, rode her around with a neck rope, and she's been in the round pen. 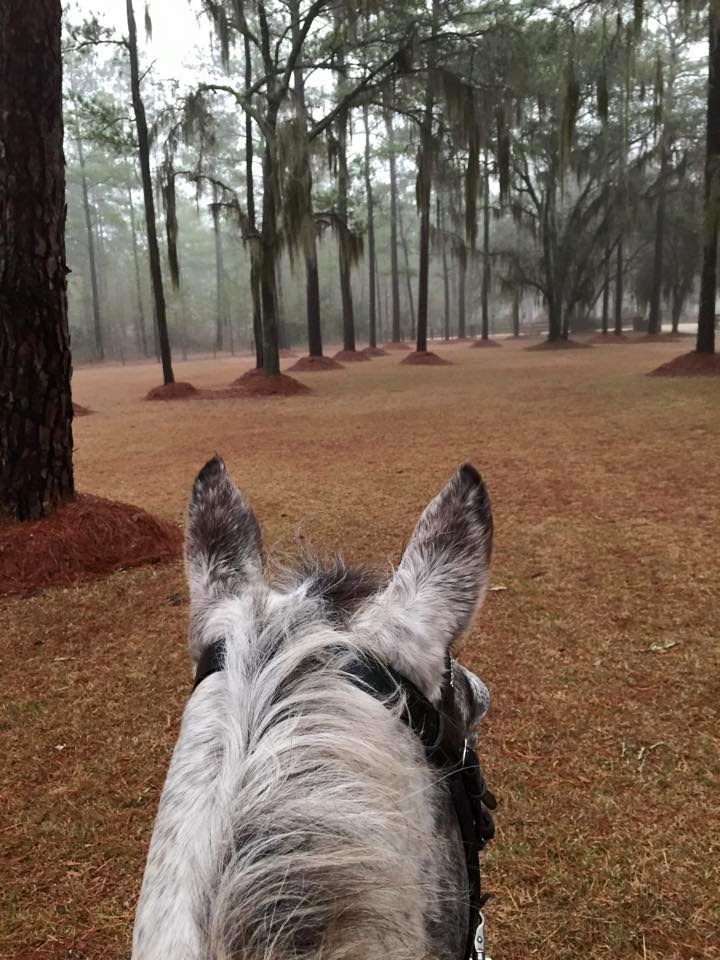 Heading out for an evening hack in the fog on Mochs.

The goal right now is just getting her fit.  She's out of shape so I have just been increasing her general activity to start building her up again.  The neck rope ride was the first time I've ever tried her in one.  A friend suggested it and Mochi was pretty good with it.  We started in the round pen and then once we were comfortable with walk, trot, canter in there I was able to ride her around the property with it.  The idea of it is when she gets strong to use that instead of having her just pull and pull and pull.  But since she started back to work last month I haven't really had her do that.  She's done it twice that I can think of.  I just wanted to see how she'd respond to a neck rope for future reference.  It was fun and different too and I will most likely ride her with it once a week since we both enjoyed it. 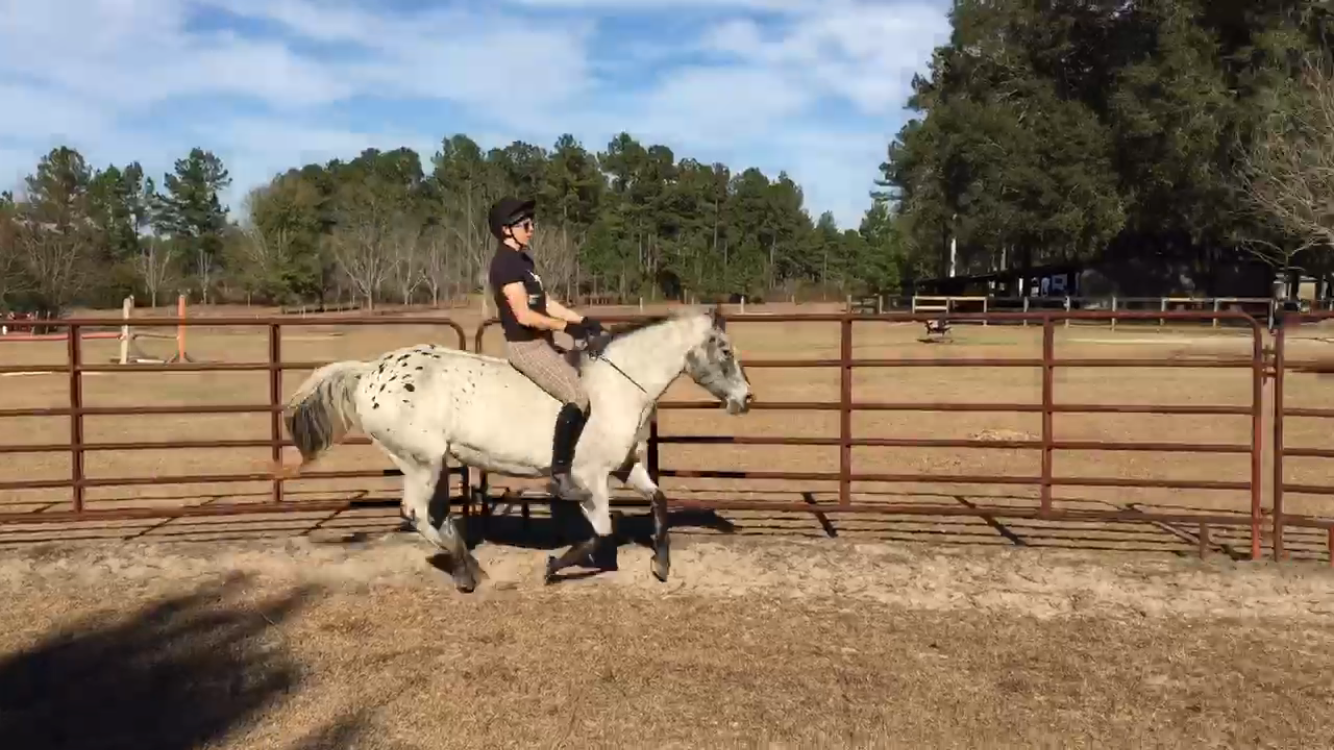 Mochi with the neck rope at the canter.

I have been taking Wes for hand walks.  He's already improving, he was pretty strong tonight, but my arms are beyond dead after all the pull-up work I did at CrossFit yesterday, so I don't think tonight counts as a good gauge of progress. 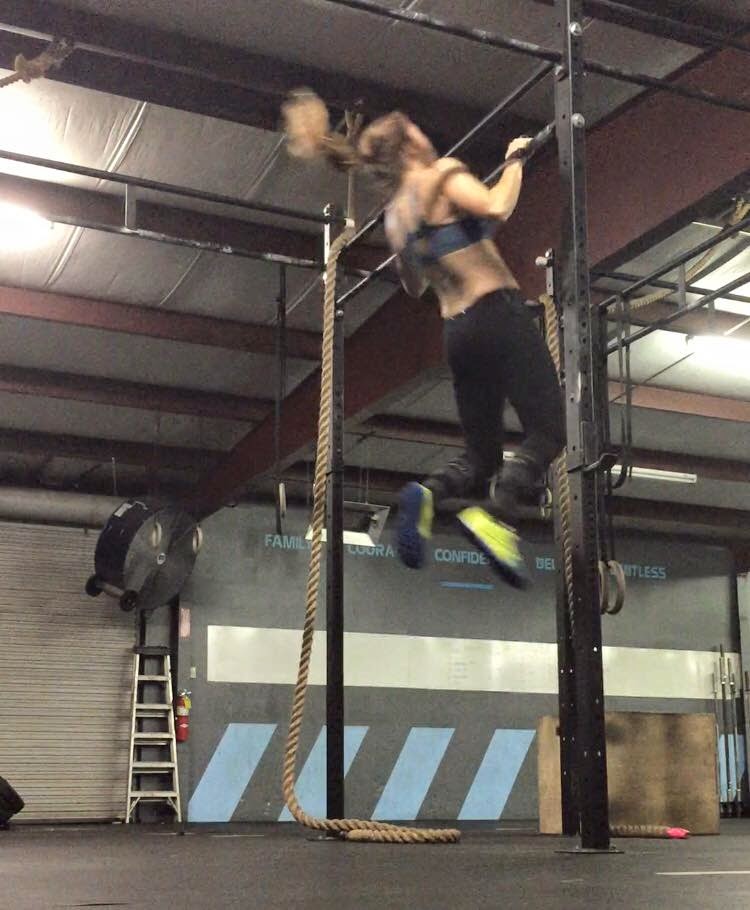 The Other Half put Wes in the round pen and just had him work at a walk and trot for 15 minutes this week too.  The round pen is going to benefit him, just getting him moving and hopefully that will help his hind end stiffness.  Being out with the girls is already helping because they keep him constantly moving.  The three of them are always on some kind of adventure.  He will go into the round pen at least once a week for about 15 mins.  He is also on MSM daily.  I'm going to take him for a hack this weekend.  The weather is supposed to be in the mid-high 60's and it's a three day weekend, which means ponies all day every day. 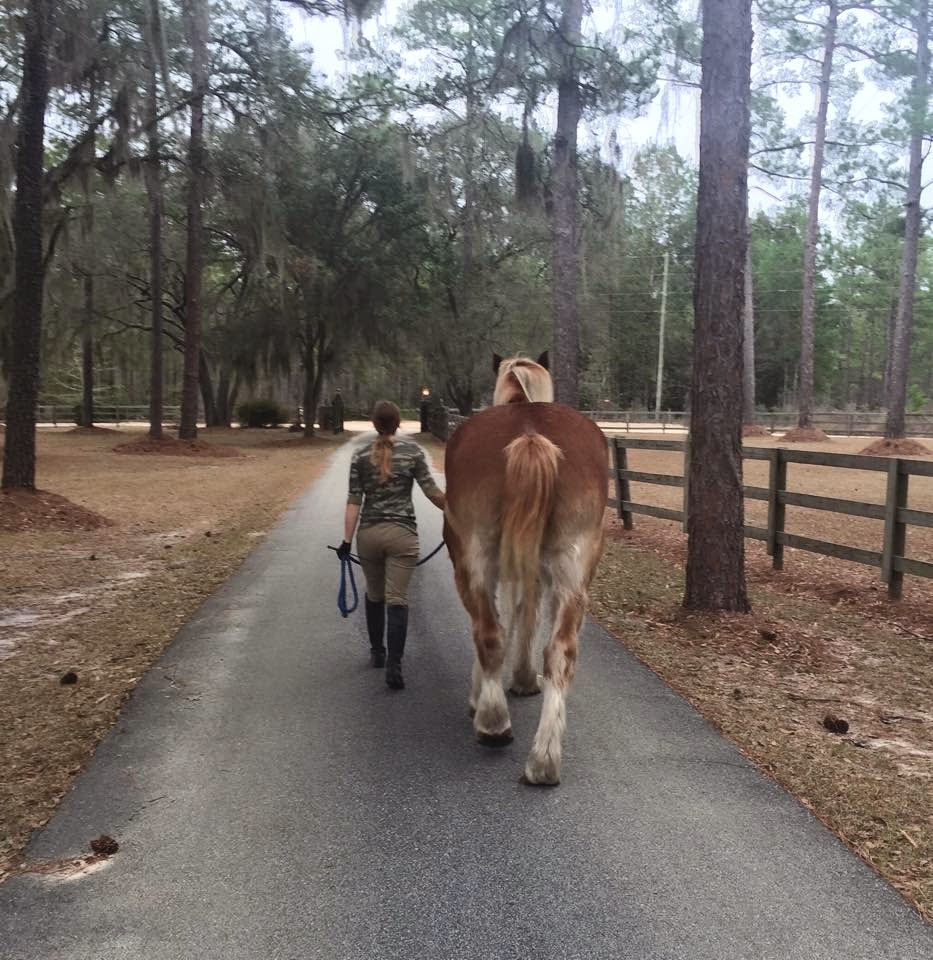 Wes, such a special horse.

Klein and I had a good jump school last Saturday. 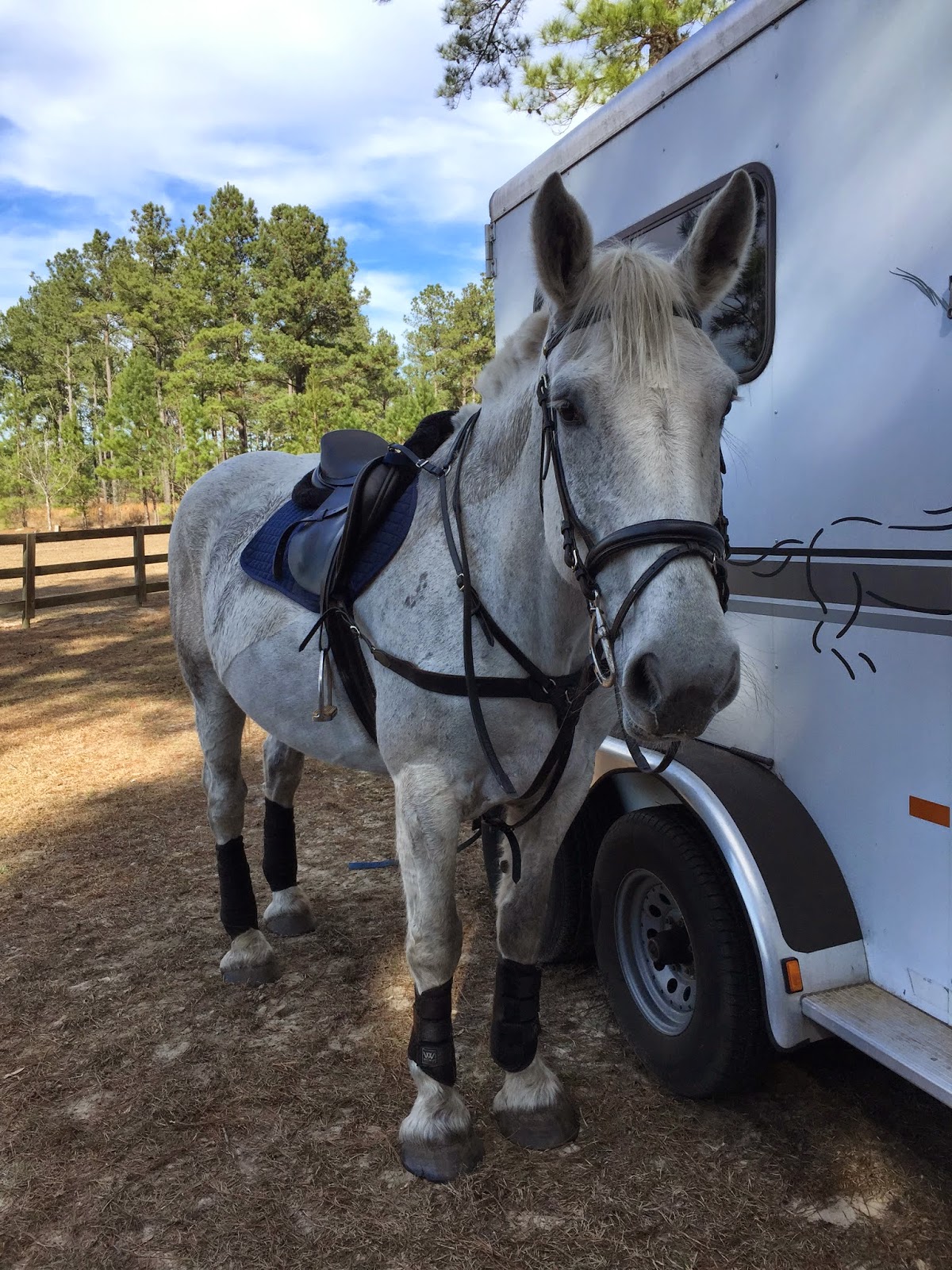 Happy Klein after a jump school.

We did one of the counting exercises we read about from Denny Emerson.  It's a basic exercise, but reading the posts from him about it and also reading Daryl's blog posts where she mentions it reminded me that we should practice it much more often.  Daryl said she spent pretty much hours counting down to random things like sticks, rocks, and trees to actual fences.  So I rode around counting down from five and from three to random objects and fences.  Here's a video of a countdown from three to a small fence:


Klein was great for dressage on Sunday.  I put her back in her Pelham with double reins after our fling with the throw back german silver french-link snaffle.  Although she is a LOT better than she was when we started with the french-link snaffle a few years ago, she really loves her Pelham.  I know, two extremes almost, but there is an instant, drastic difference in her with the Pelham.  Remember, she loves her low port Kimberwicke too.  She's that kind of girl.

We worked on shoulder-in, more leg yields, and 10m circles at the canter. 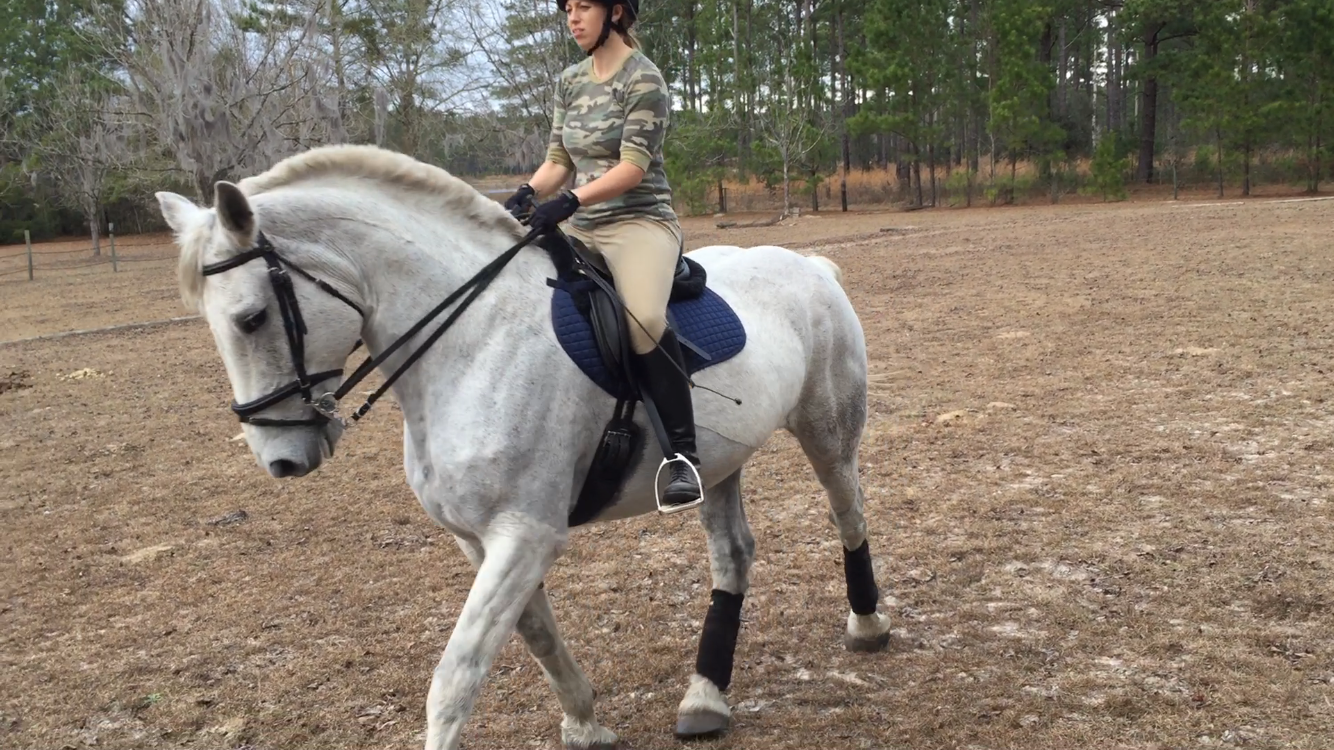 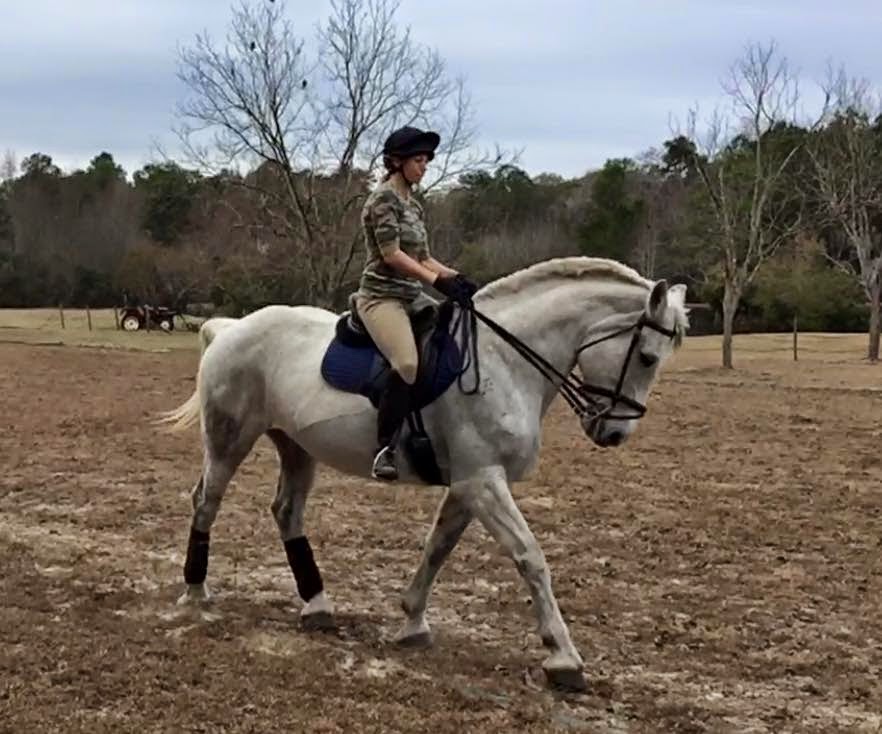 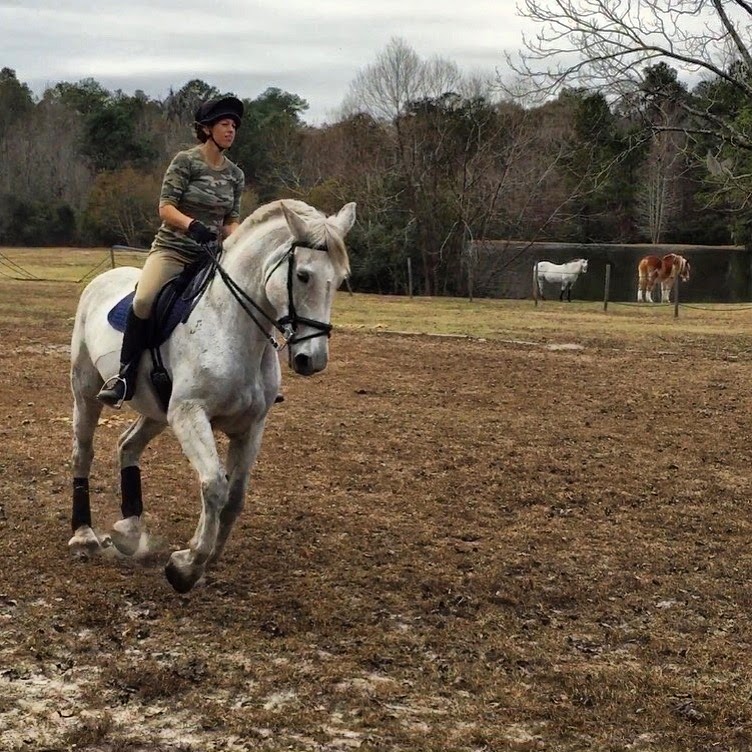 I love this because all three of them are in it.

And, my Man Crush Everyday, the Other Half and Wes.  Love!! 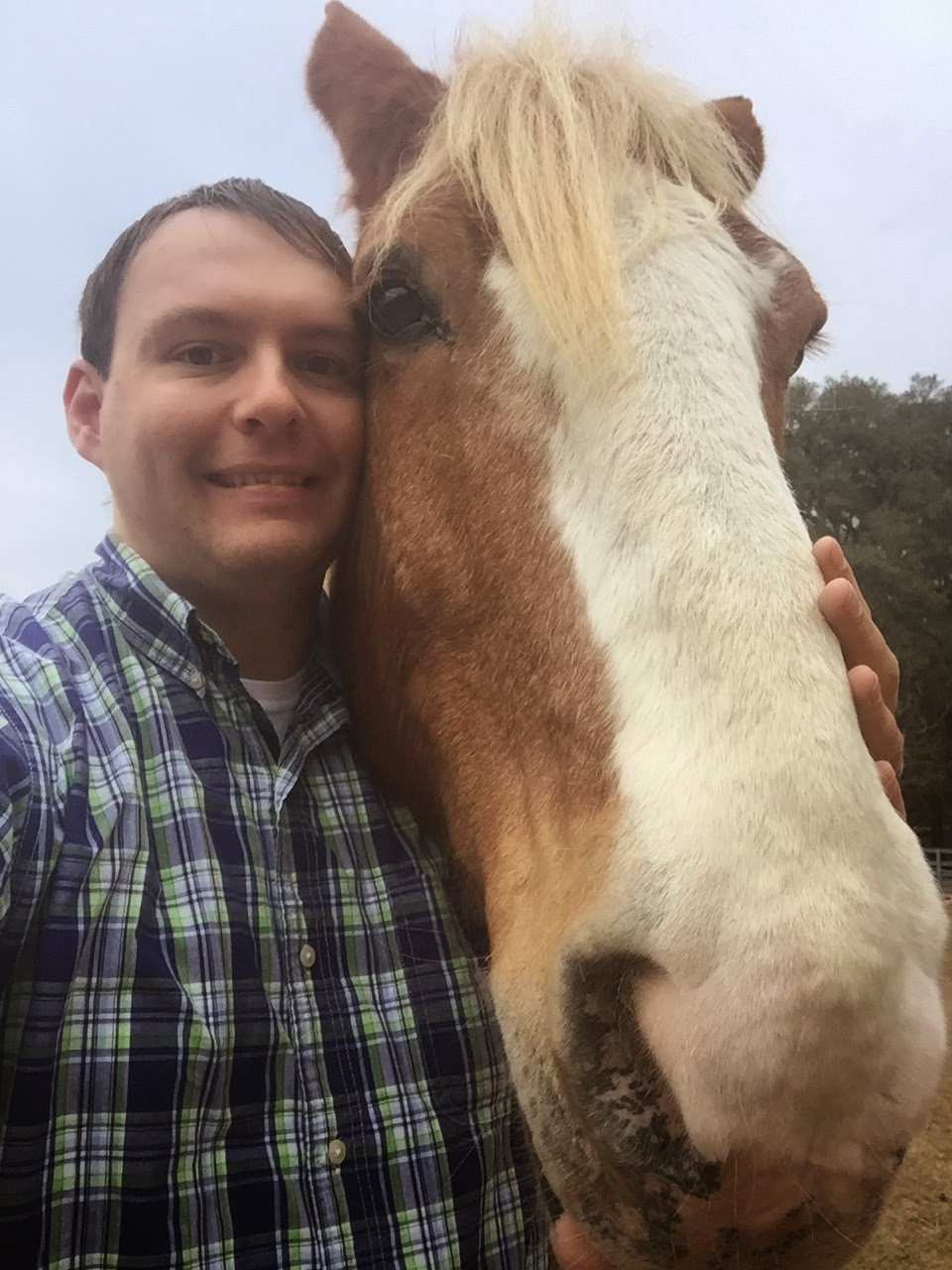 Posted by The Jumping Percheron at 10:26 PM