Merry Christmas From Our Herd to Yours 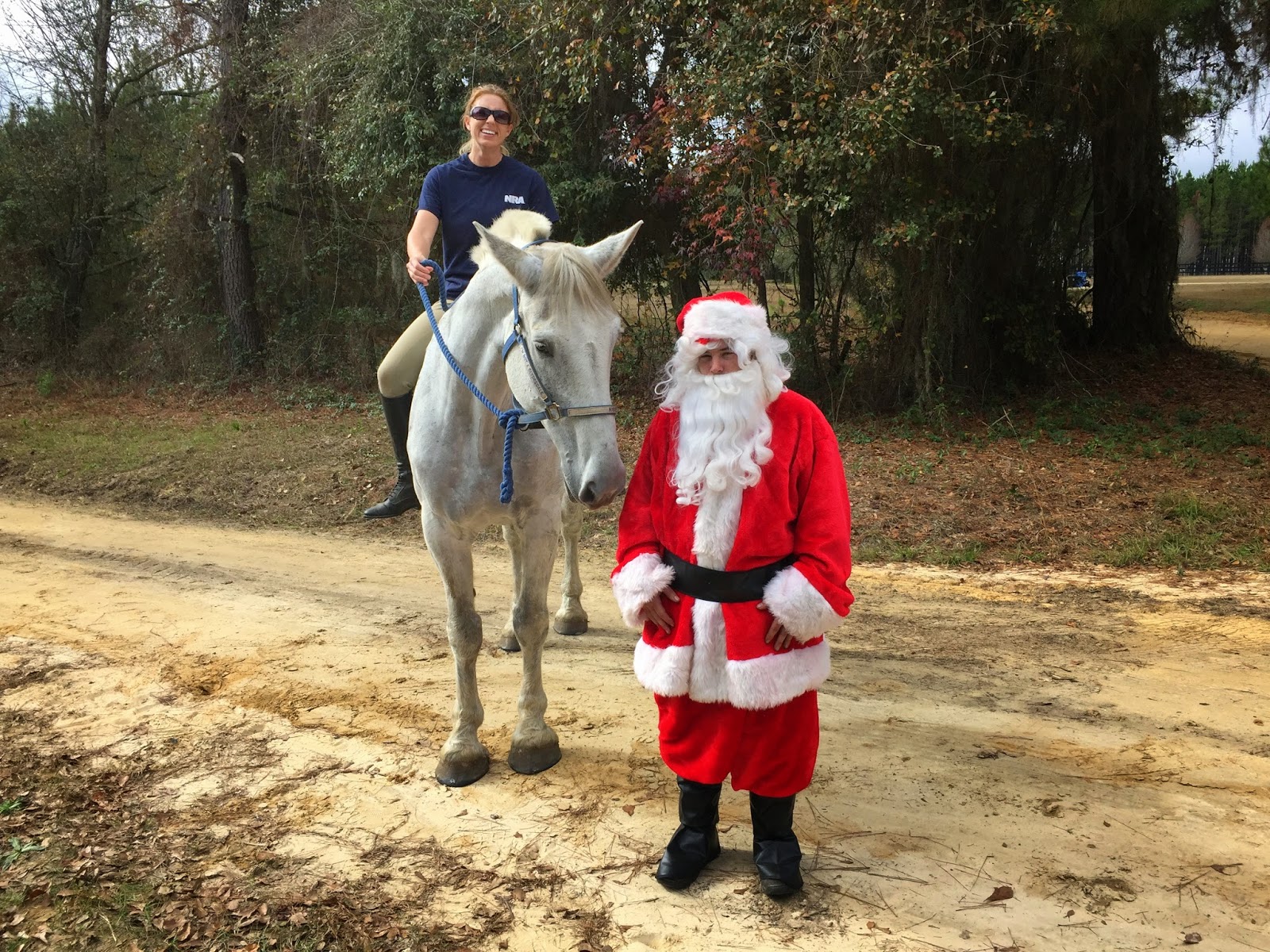 Klein telling Santa what she wants for Christmas, after we convinced Santa she doesn't attack.  He was totally terrified of her at first and just stood in front of her and stared.  I had to move her around him for a picture.  He pretty much froze at the sight of her.  Pffft, wussy Santa.  Look at that sweet face!  Don't worry Santa, we removed her venom sacks.

I hope all of you and your horses are having a very merry Christmas!

We sure did here.  After three days of complete down pours amounting to 12" of rain and a tornado touch down on Tuesday, the sun came out today and it was beautiful.  Just in time for a Christmas hack.

Most importantly, this Christmas, the Other Half is home.  Last Christmas he was deployed.  So more than anything, I am happy he is just here this year and we can spend time together.  The Other Half + the ponyfaces = true happiness.

On Christmas Eve the ponies got molasses dipped carrots.  The rain had just stopped so everything was a mess, but we couldn't complain too much because it was 70 degrees. 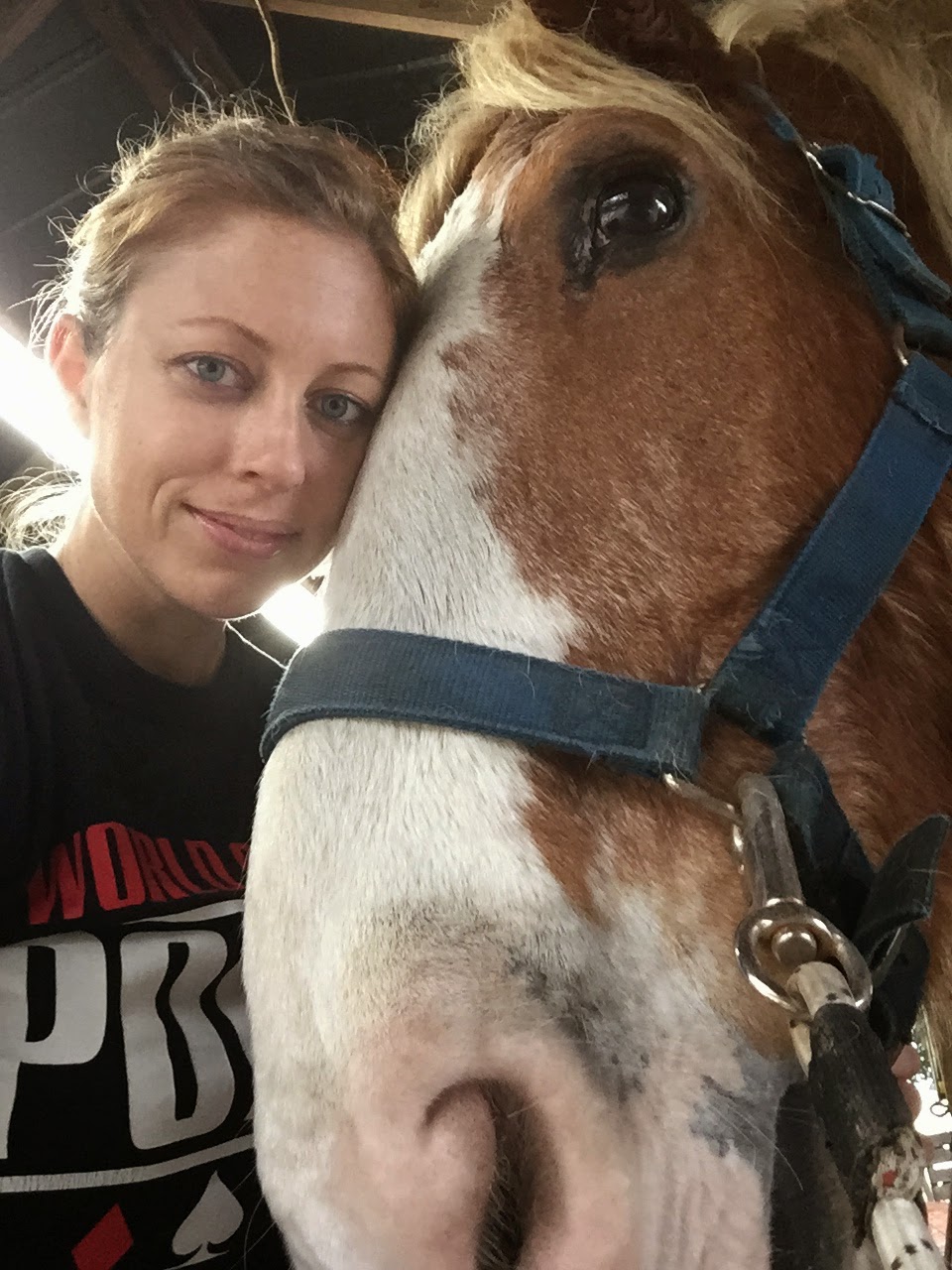 Spending some quality time cuddling with our sweet Wes.  Dec 26th marks one year of retirement for him. 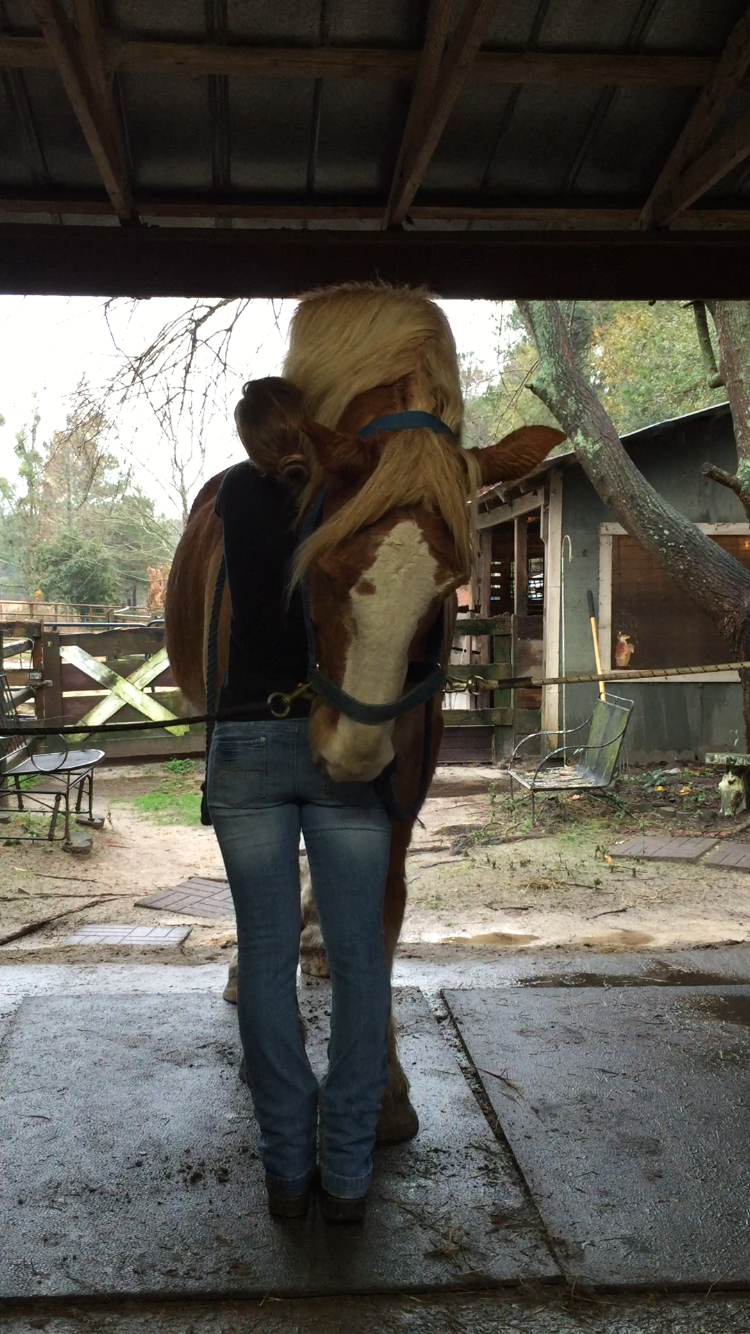 Wes hugging me yesterday.  I had to get a pic of this!  He does it all the time to me!!!  I know it's his way of saying thank you for waiting all those nine years and keeping my promise to come back and get him.  It melts my heart every single time he hugs me. 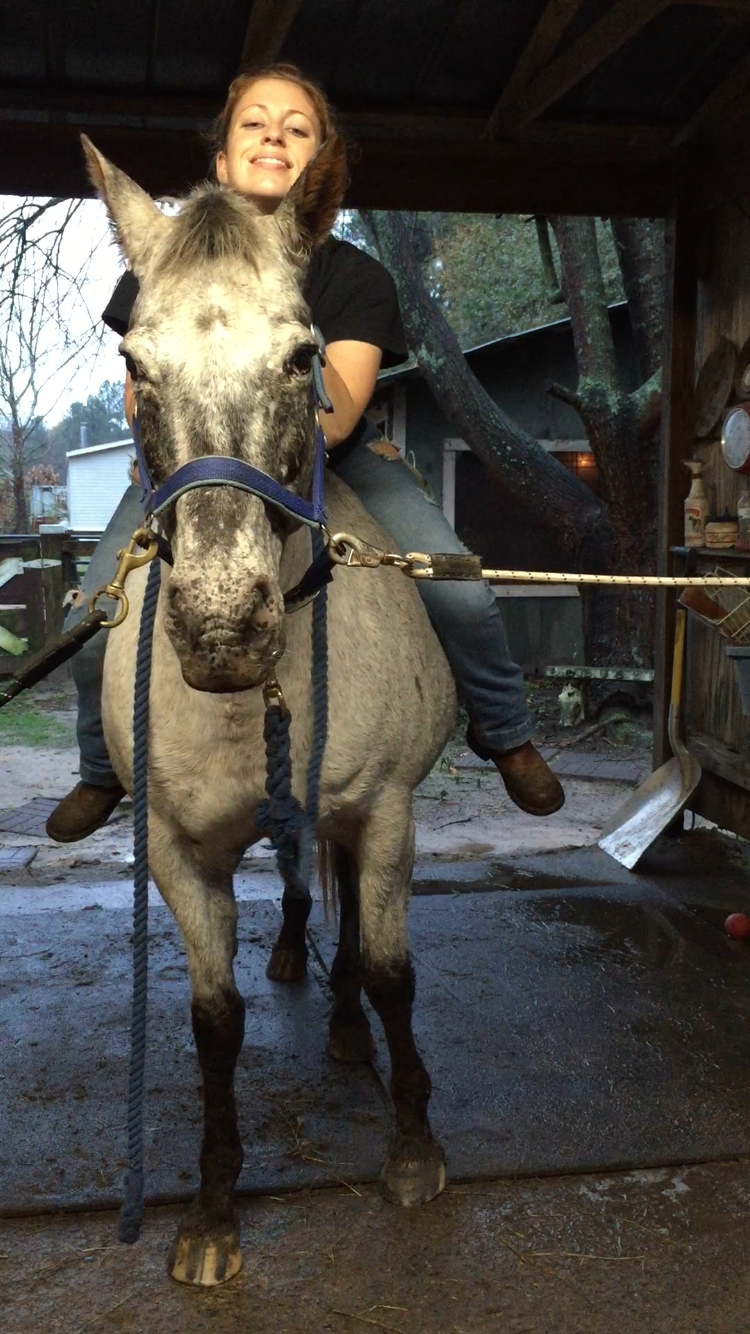 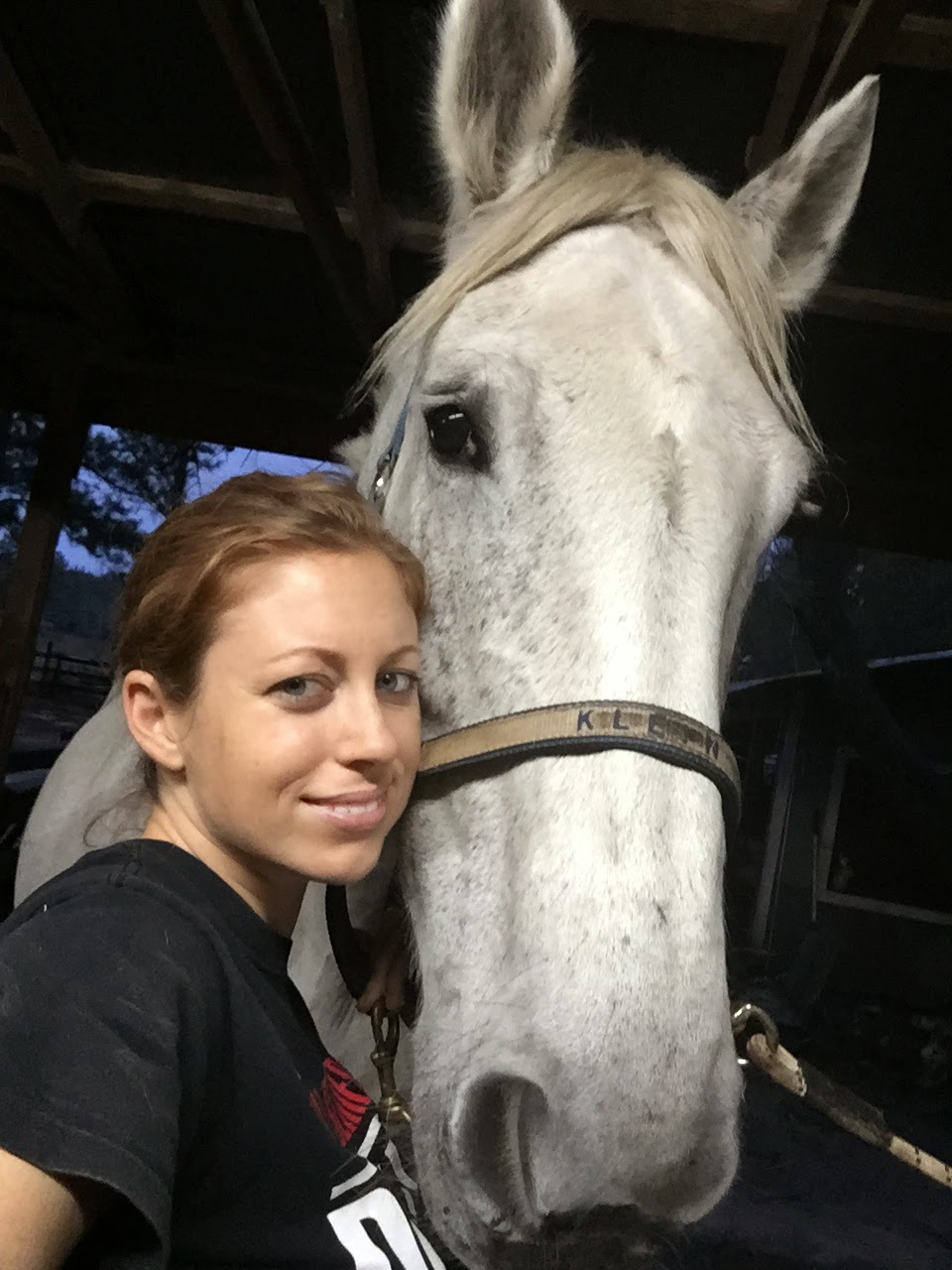 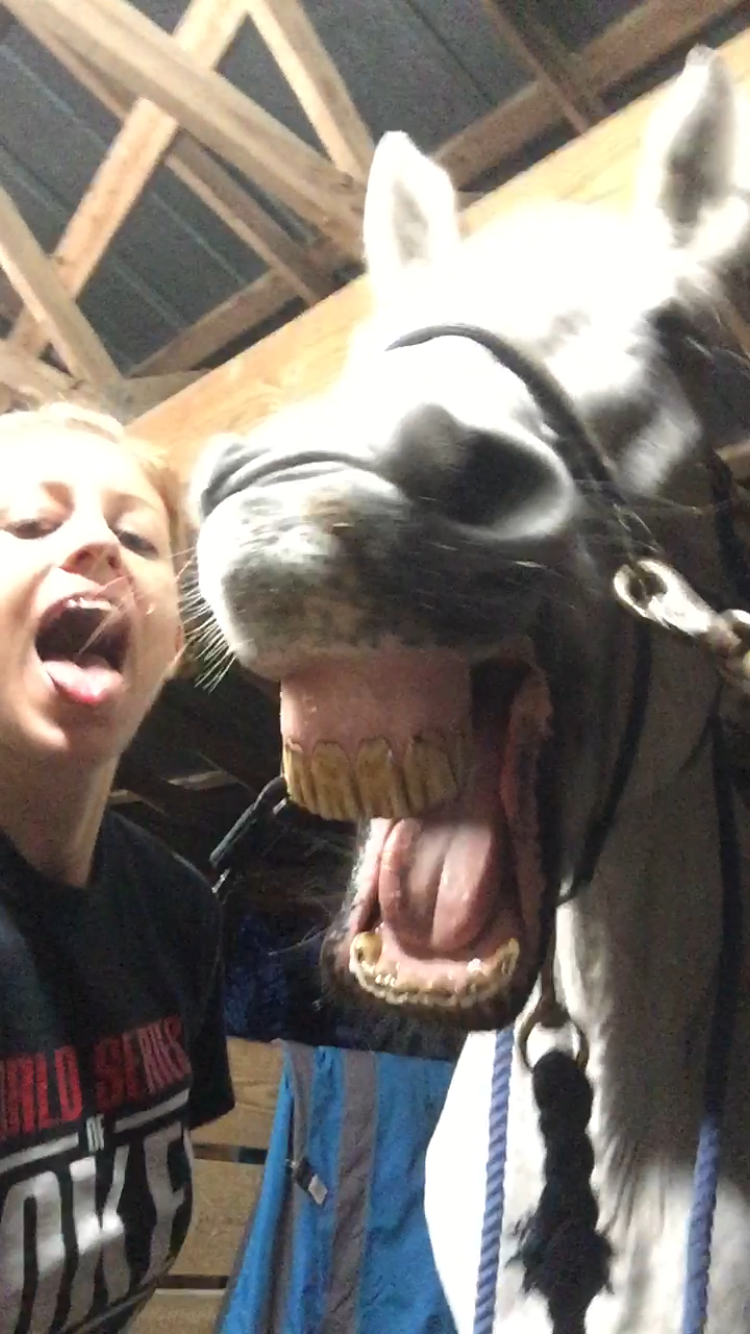 Being silly with mah girl. 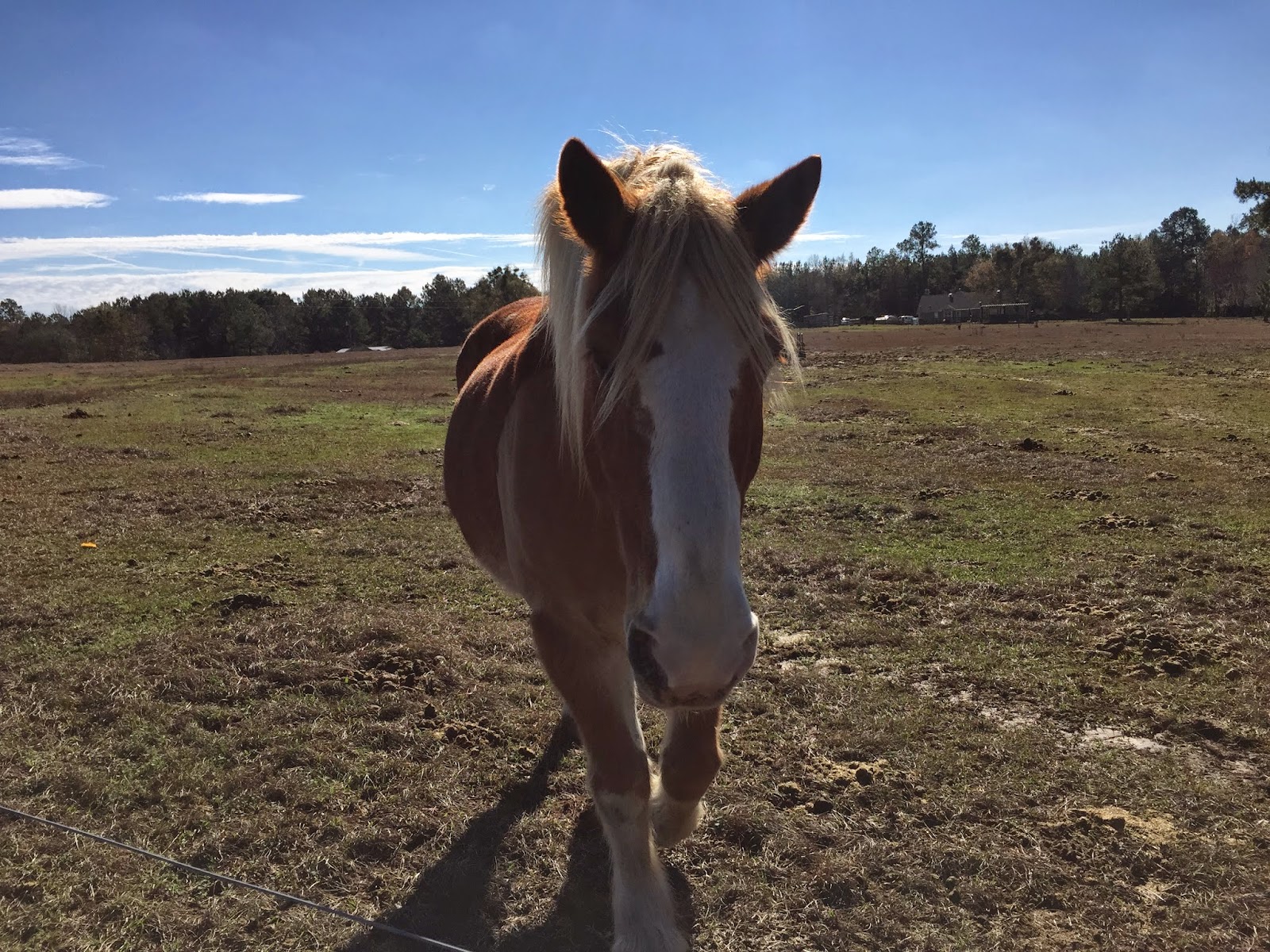 Wes coming in this morning. 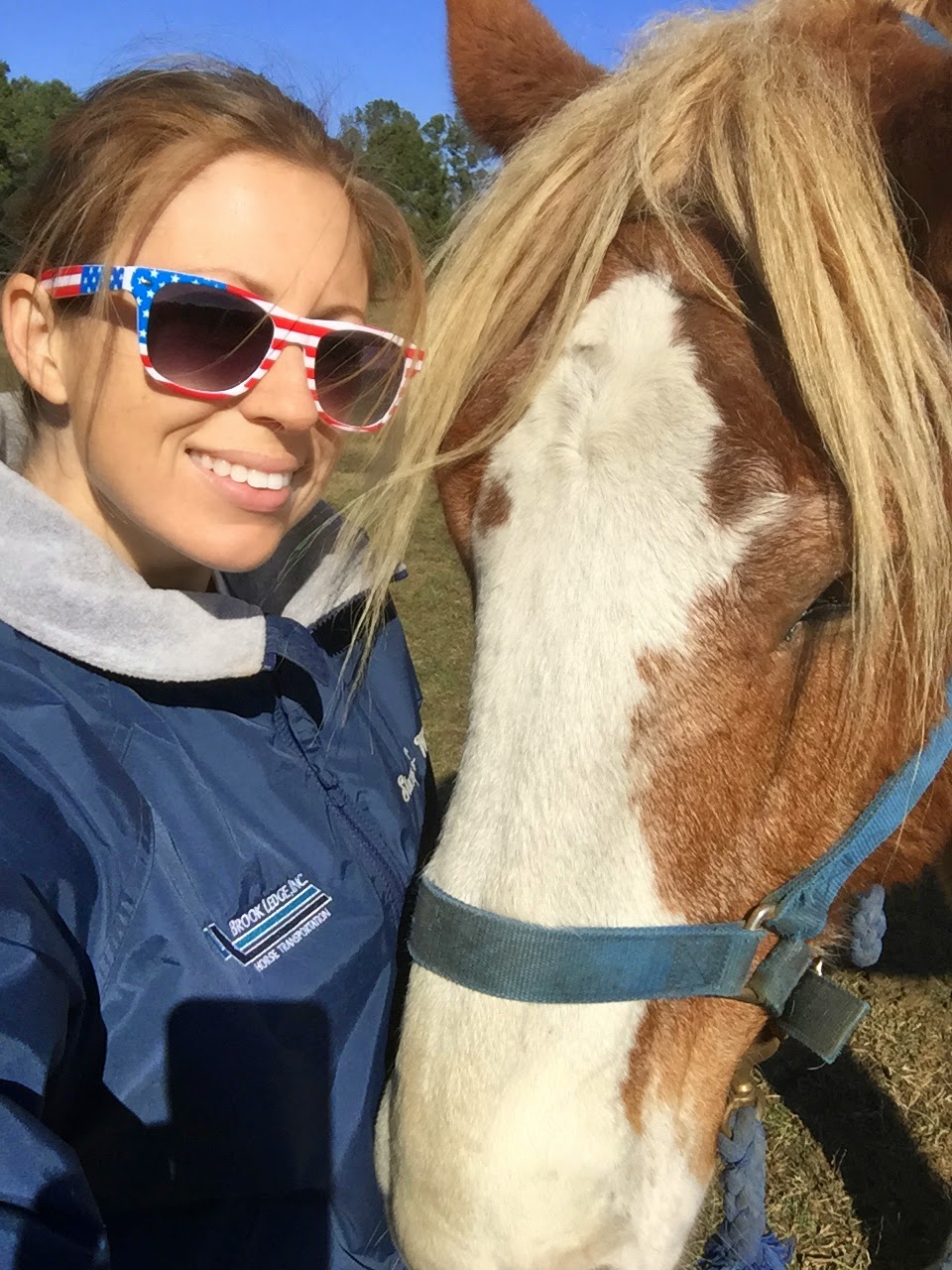 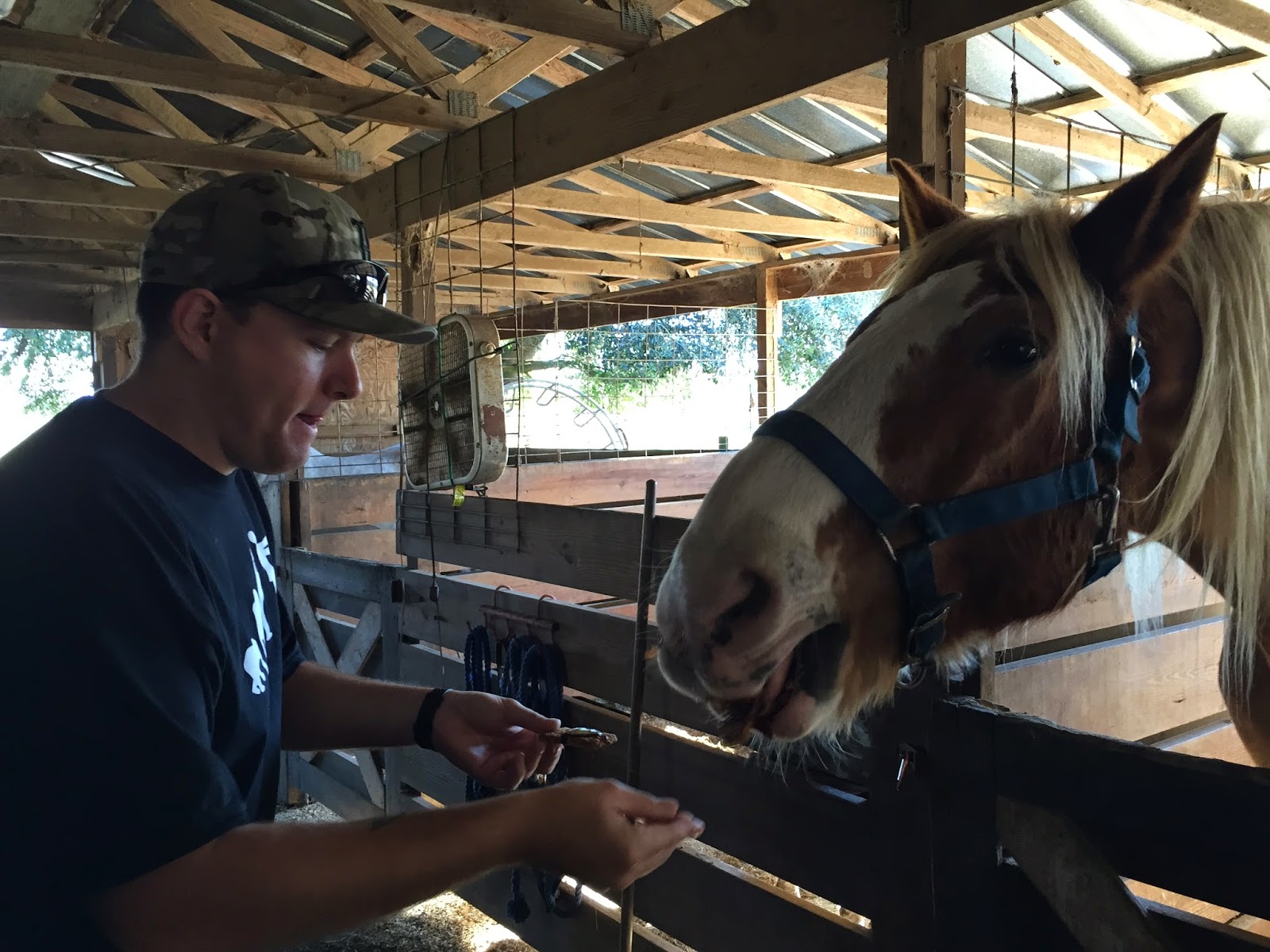 It was molasses dipped granola bars for our ponies this morning. 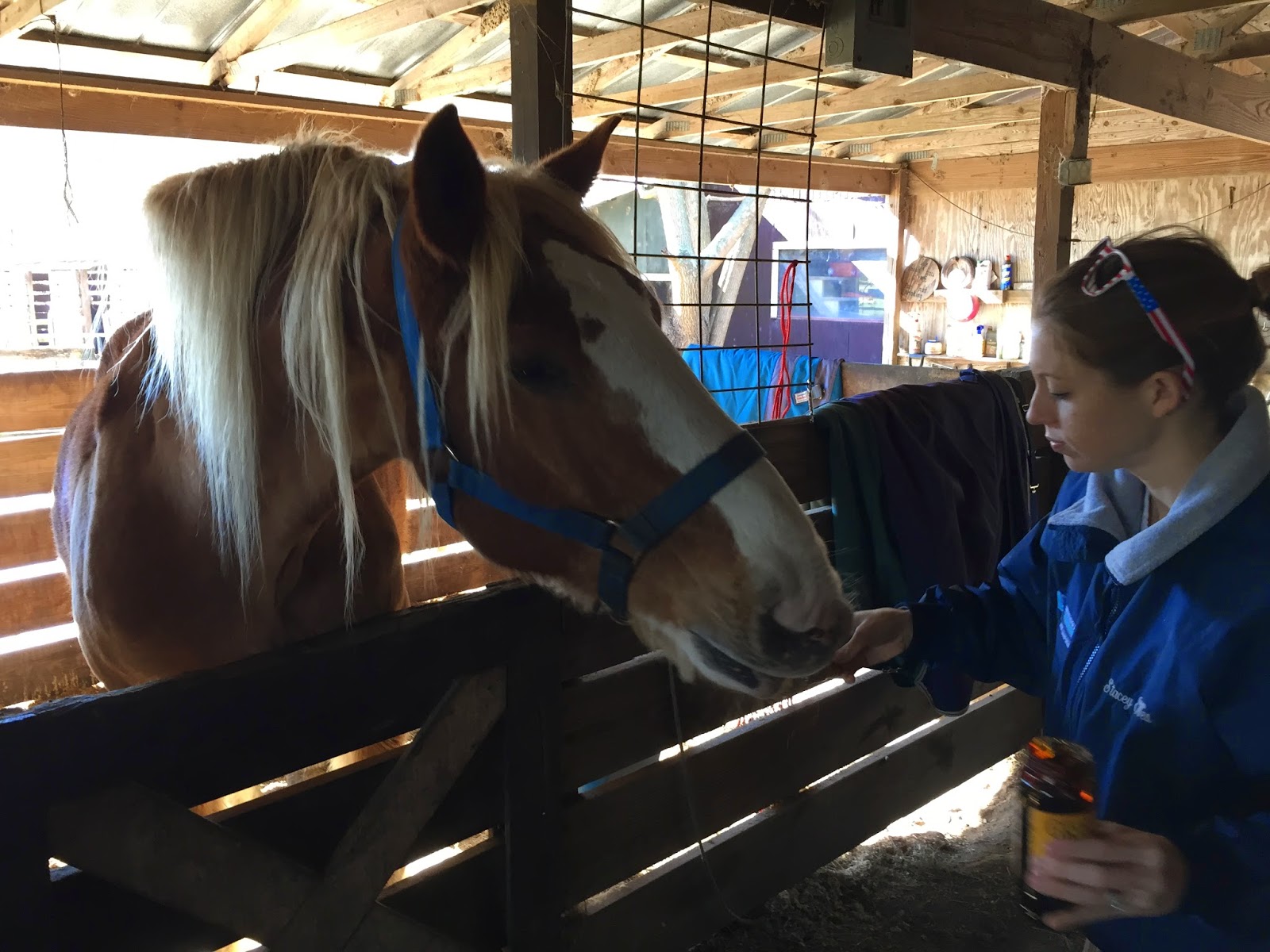 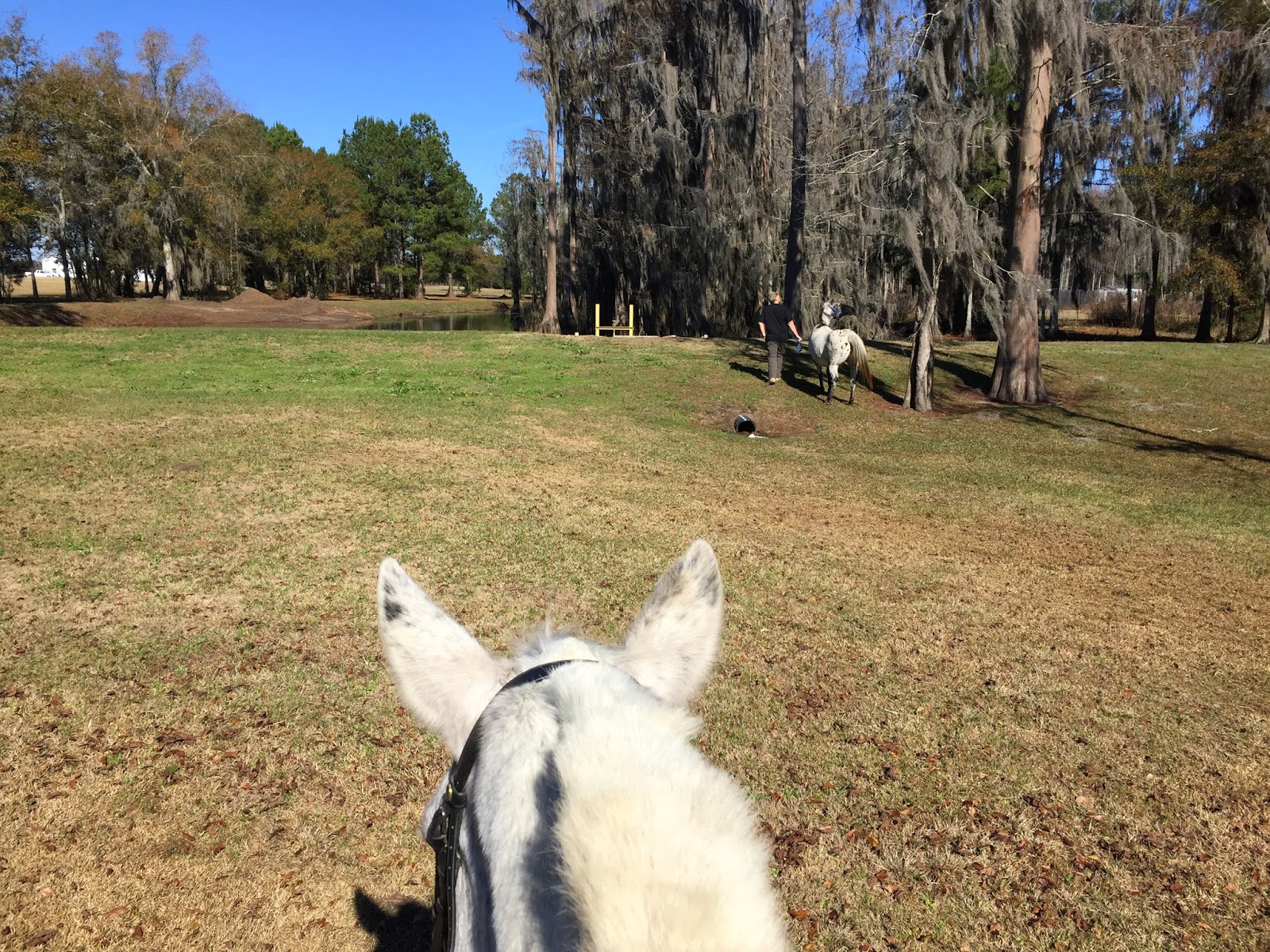 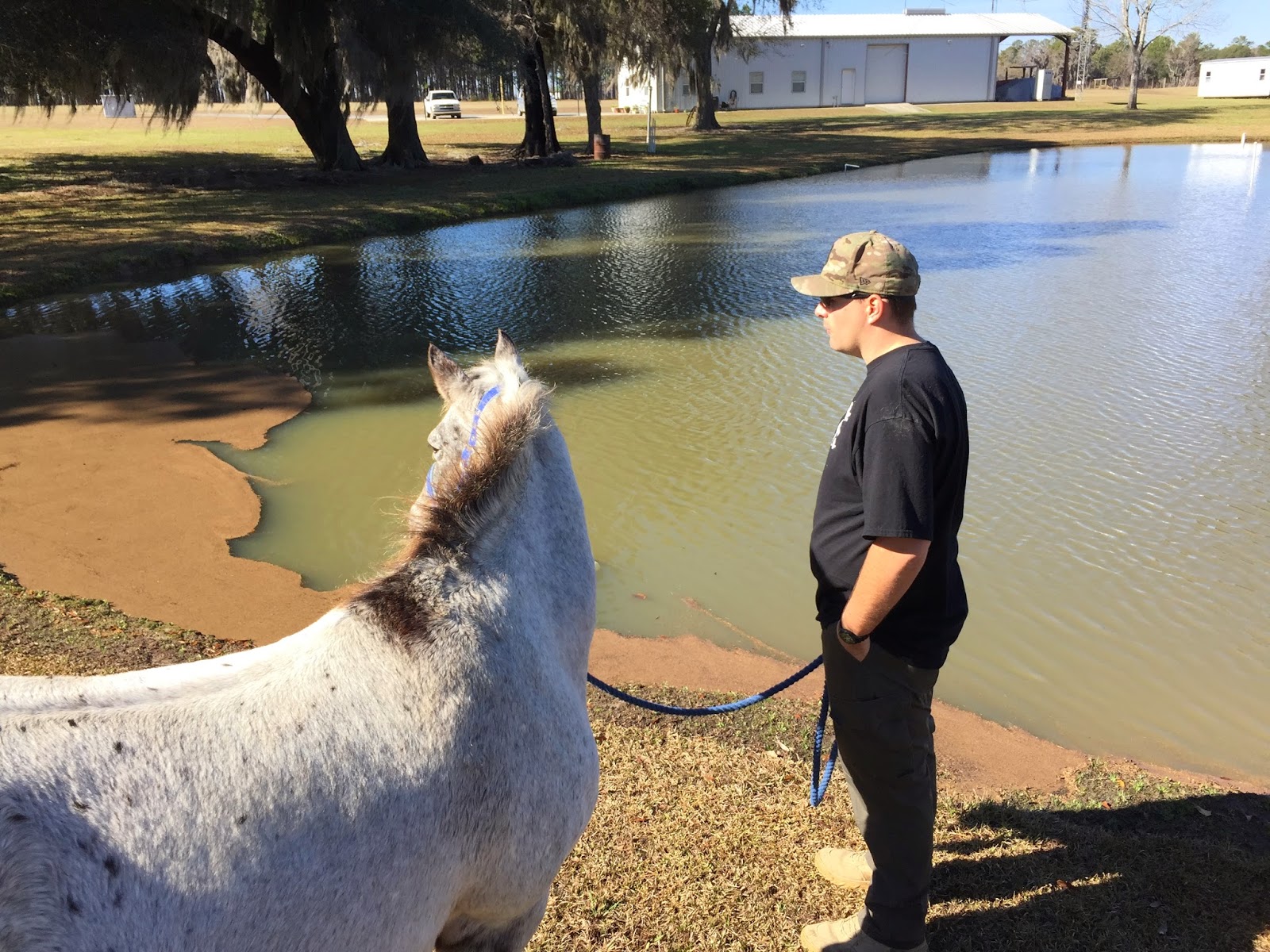 There really is no difference between Mochi and a labrador. 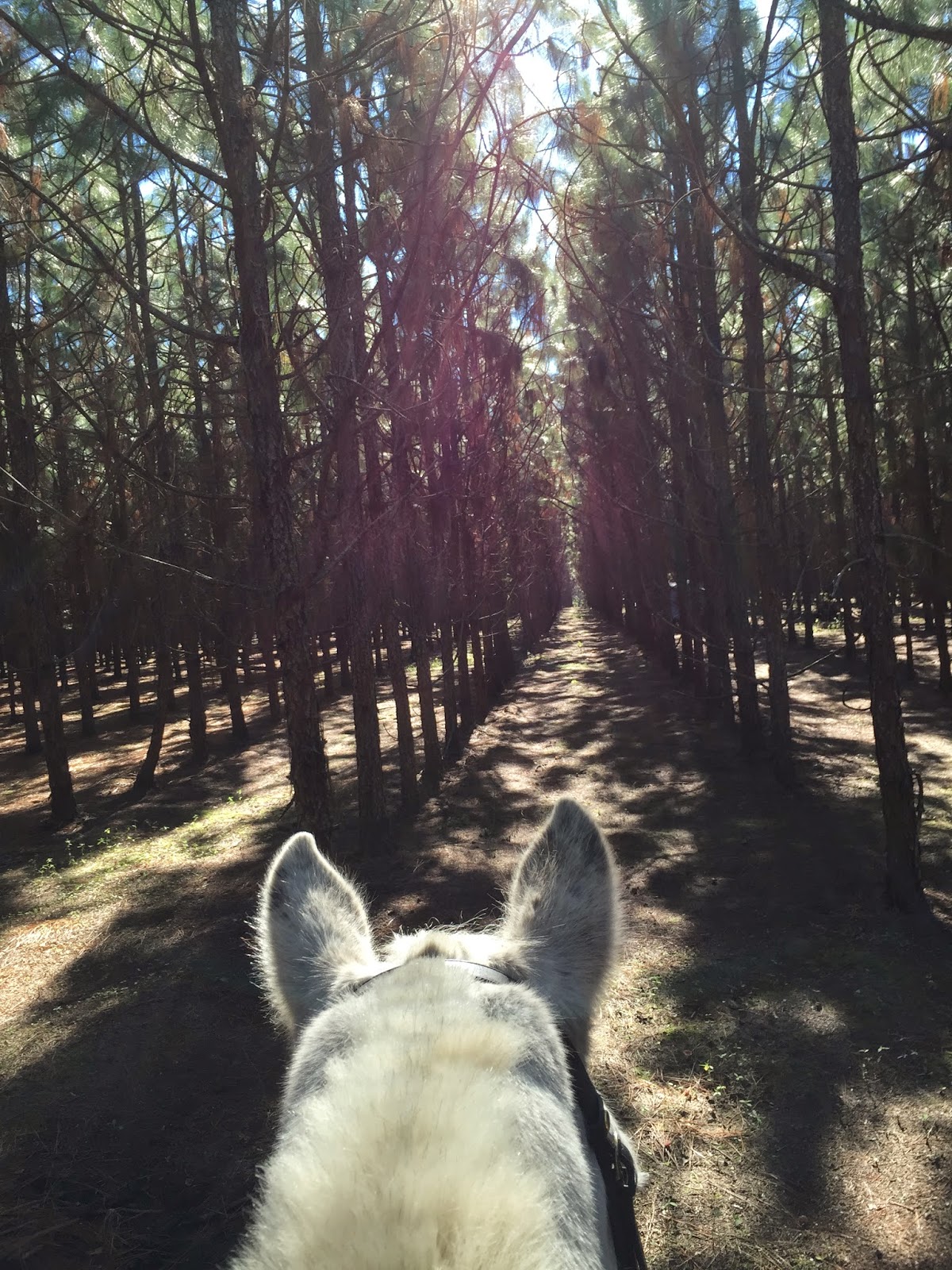 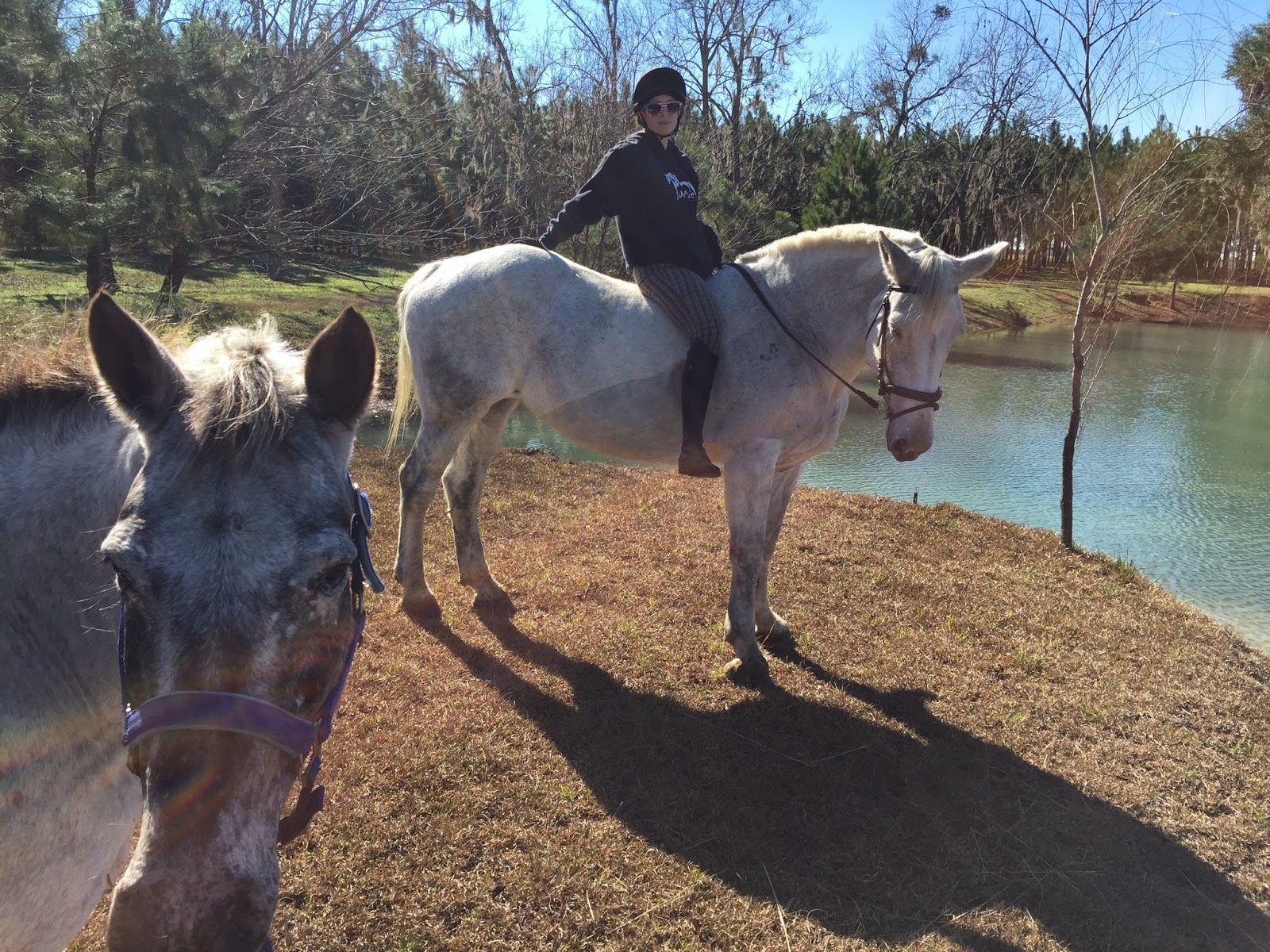 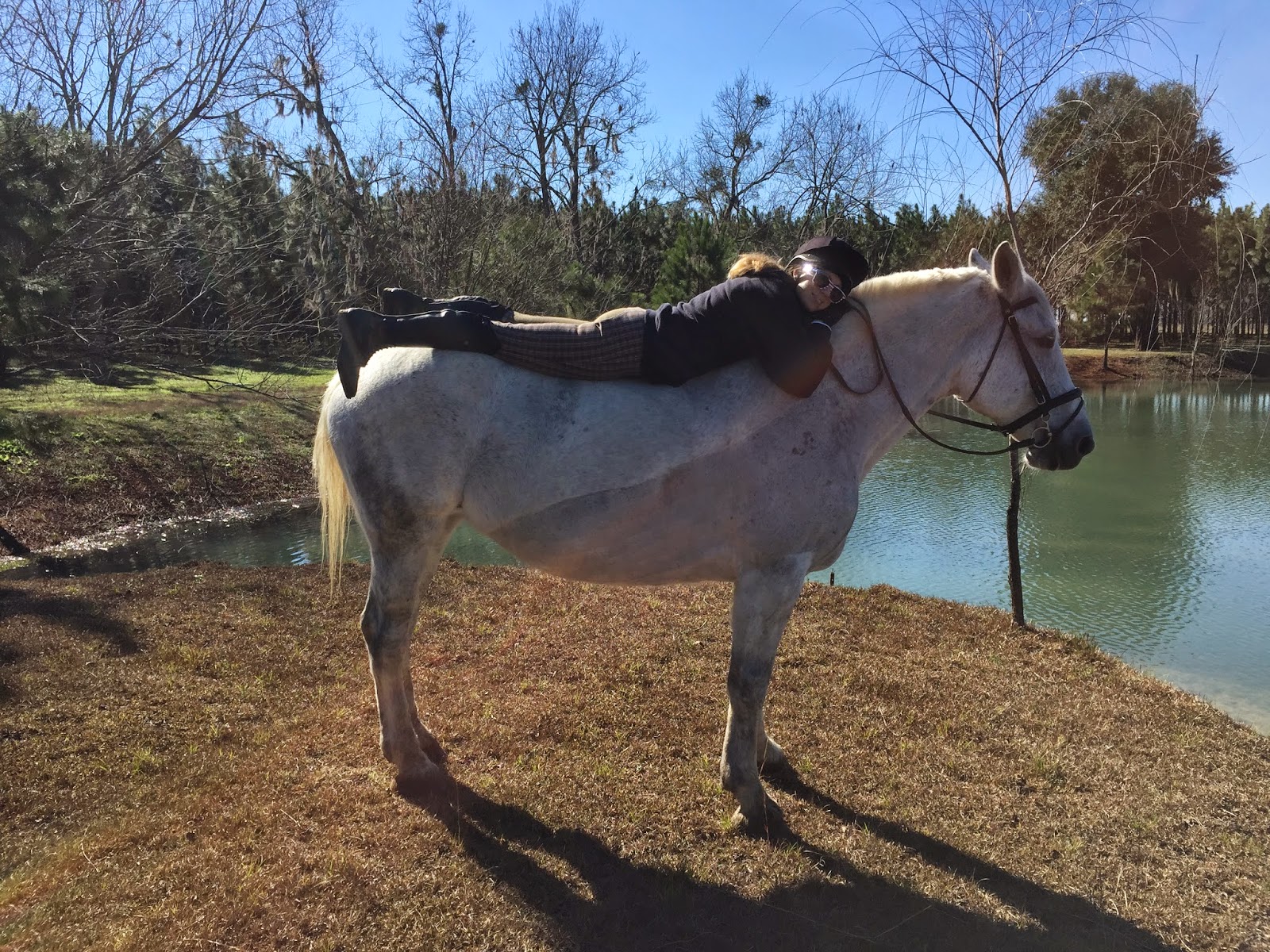 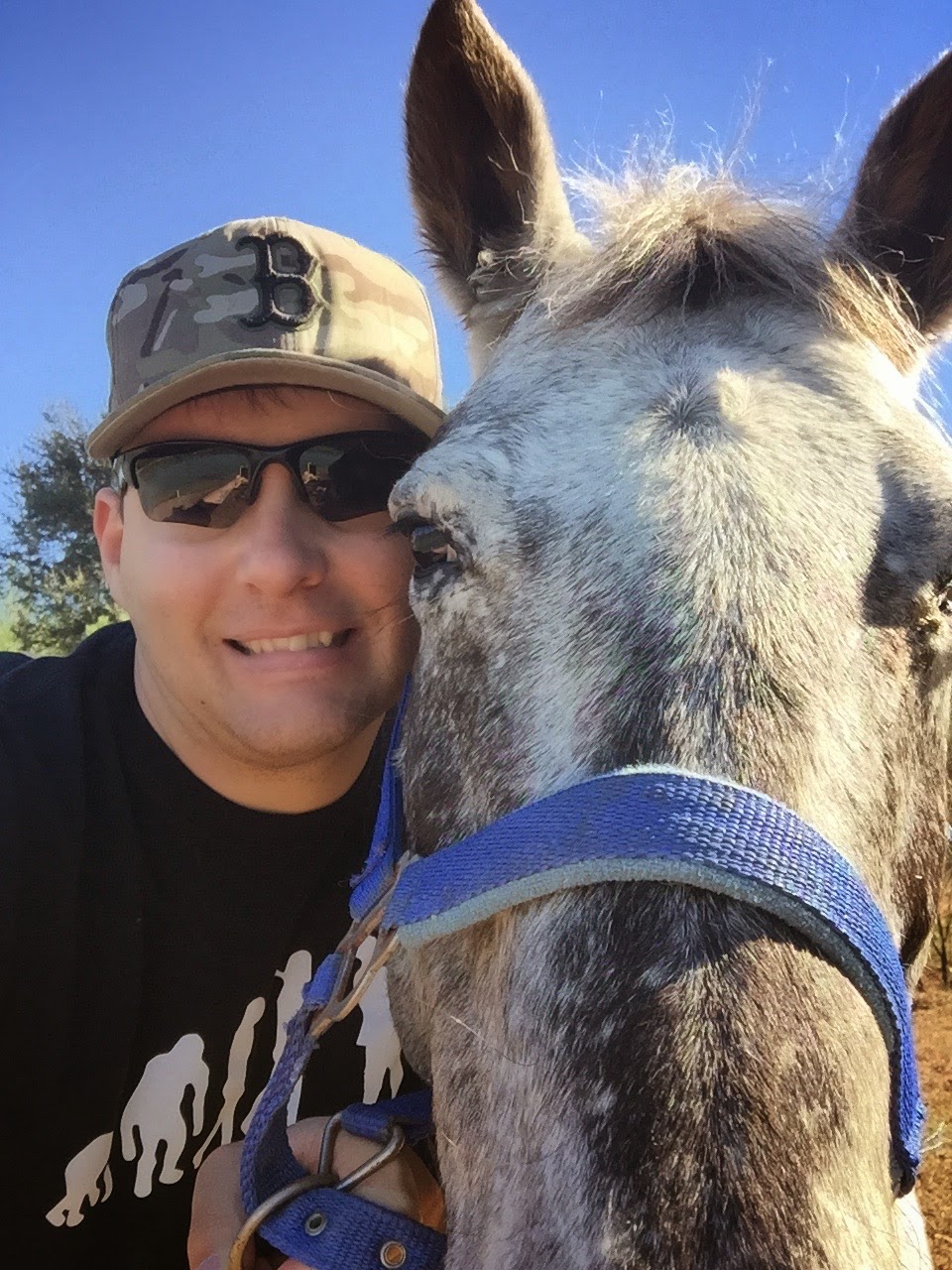 The Other Half and his Mochi!

Our storm...I saw the tornado coming.  After CrossFit Tuesday morning I saw the sky turn a bright yellow/pink.  Last time that happened we had a tornado watch.  Tornadoes are not common to this area, but their possible every now and then.  They have had a very few touch downs here in the past few decades, thankfully.  The worst hit that afternoon after I saw they weird sky. 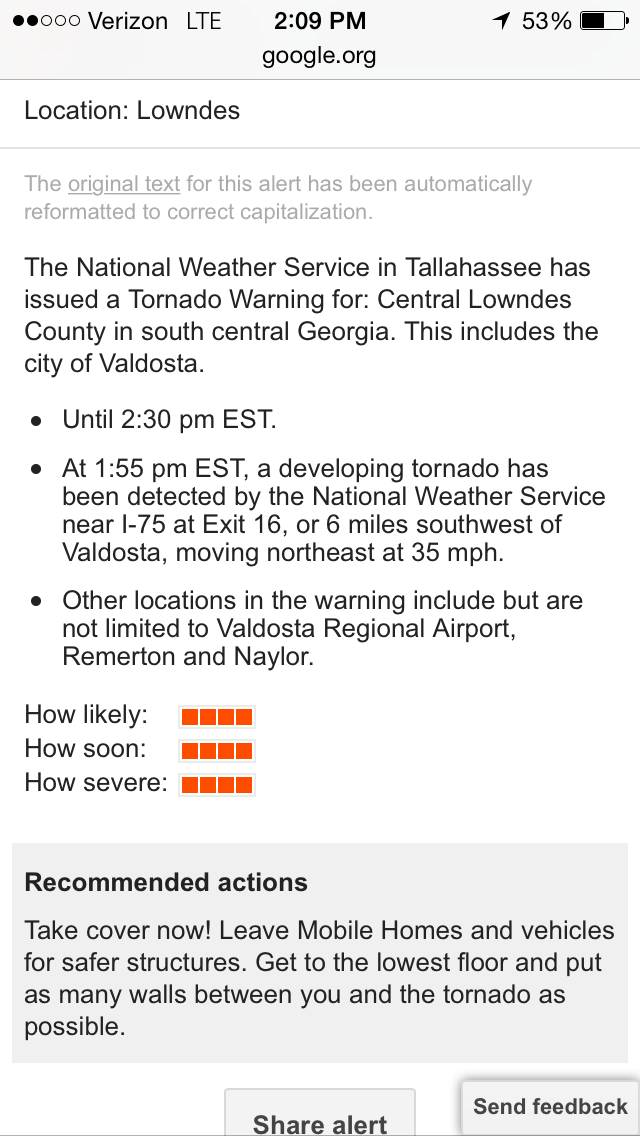 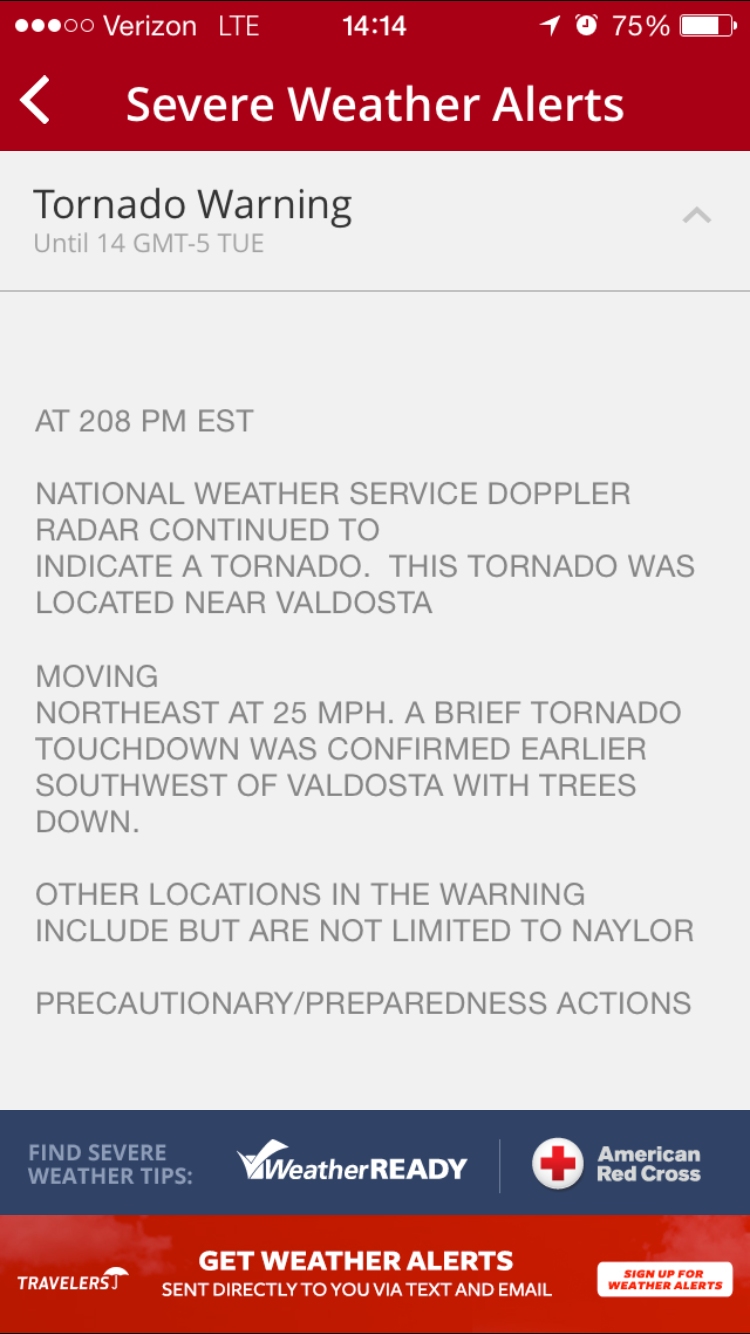 All of the sirens went off on base and it went into lock down.  I hate the sound of the sirens on base, they're creepy.  The first touch down was not too far from the barn.  Needless to say, my heart skipped a few beats until the barn owner answered and said she was at home and had no idea that it was that serious.  It was just raining hard there, and the ponies were fine.  The next funnel cloud was heading toward the base, that's what made it go into lock down. 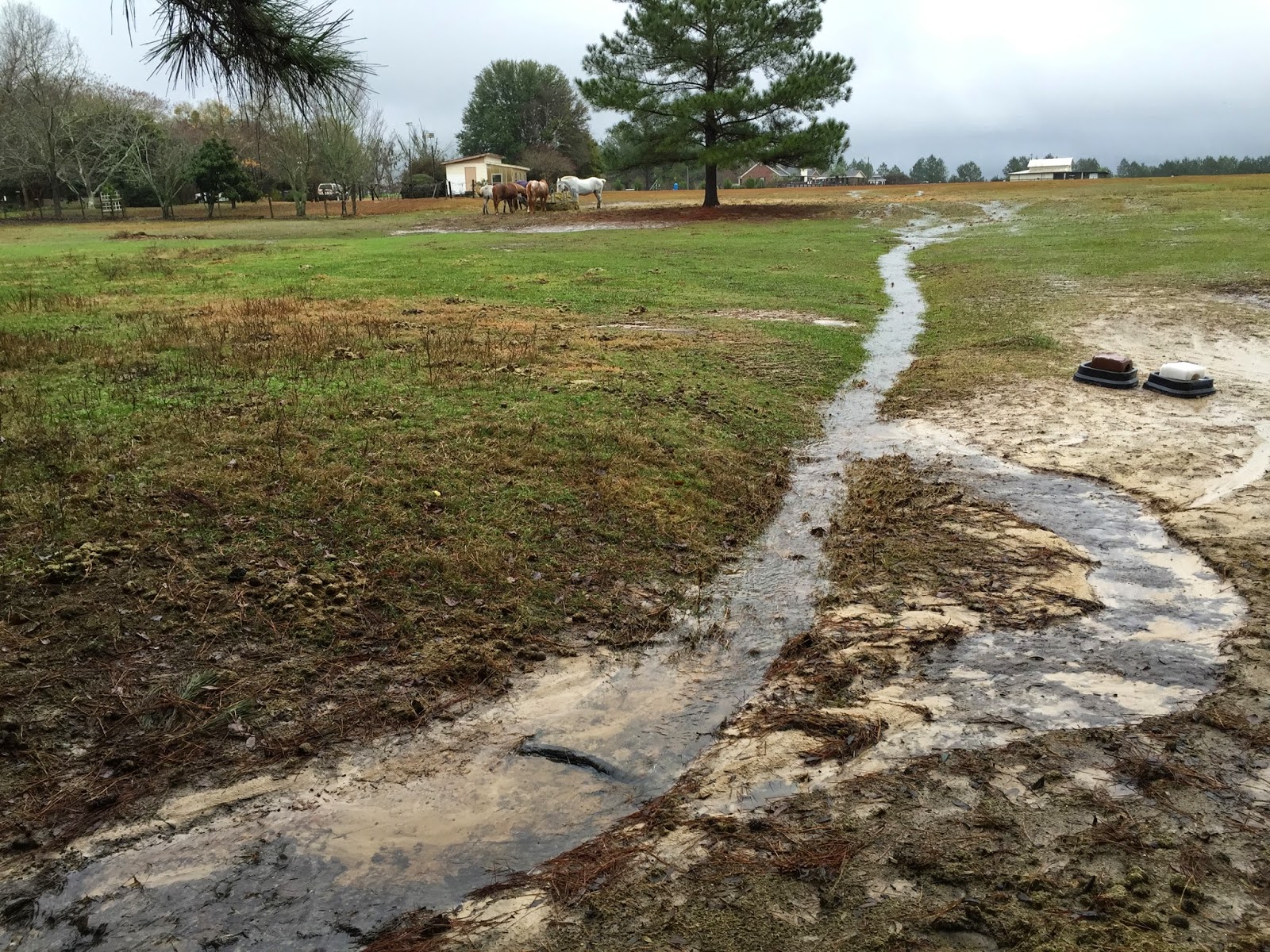 The stream that formed in the mare pasture to drain the aftermath of our three day down pour.

Thankfully that is all over, the sun is back and we are about to enjoy the beautiful mild winter of South Georgia some more.  67 and sunny tomorrow :D
Posted by The Jumping Percheron at 10:56 PM