Usually the other half aka my Pony Pit Crew/Personal Security Detail is in pictures or mentioned on a regular basis. 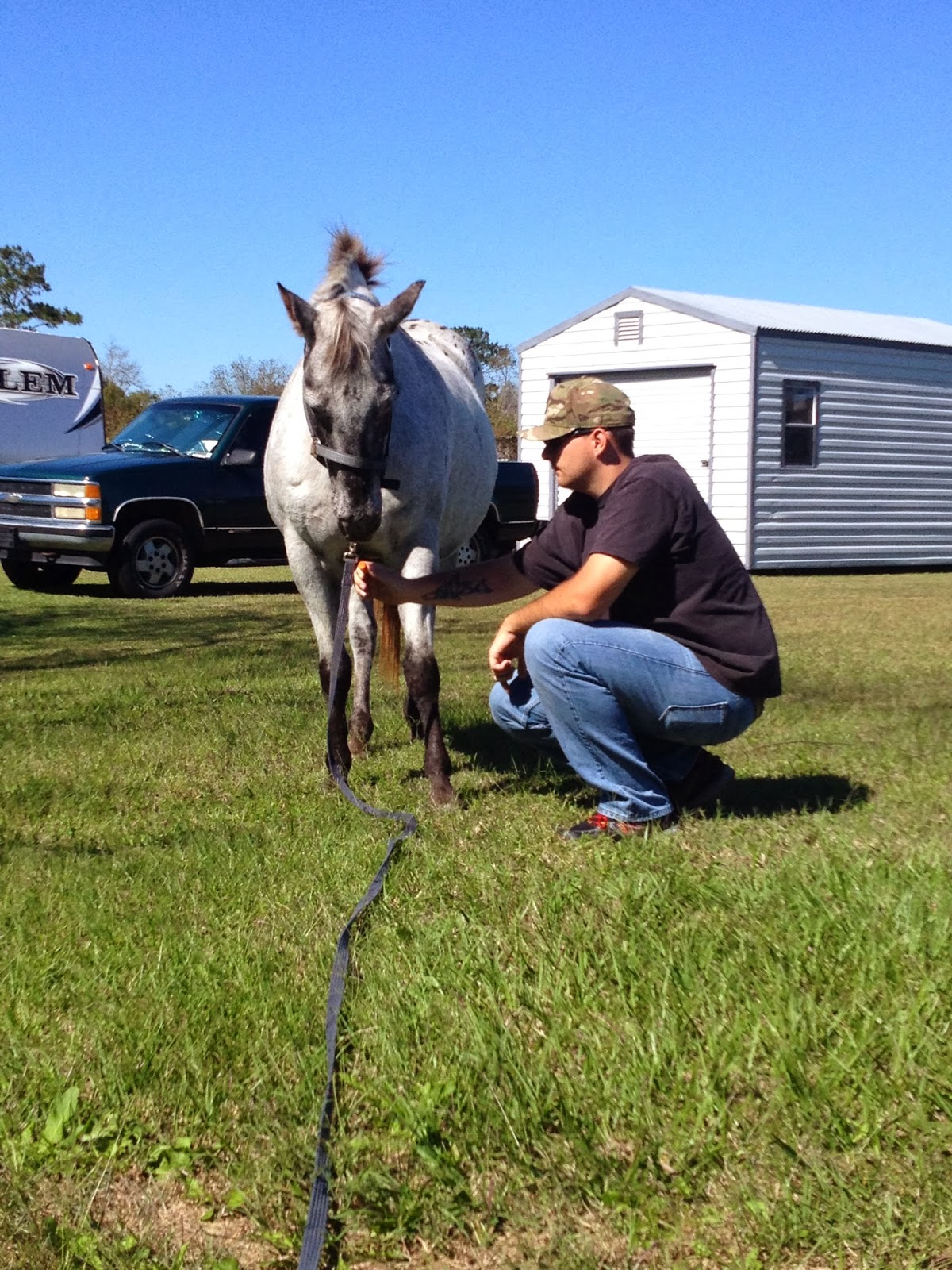 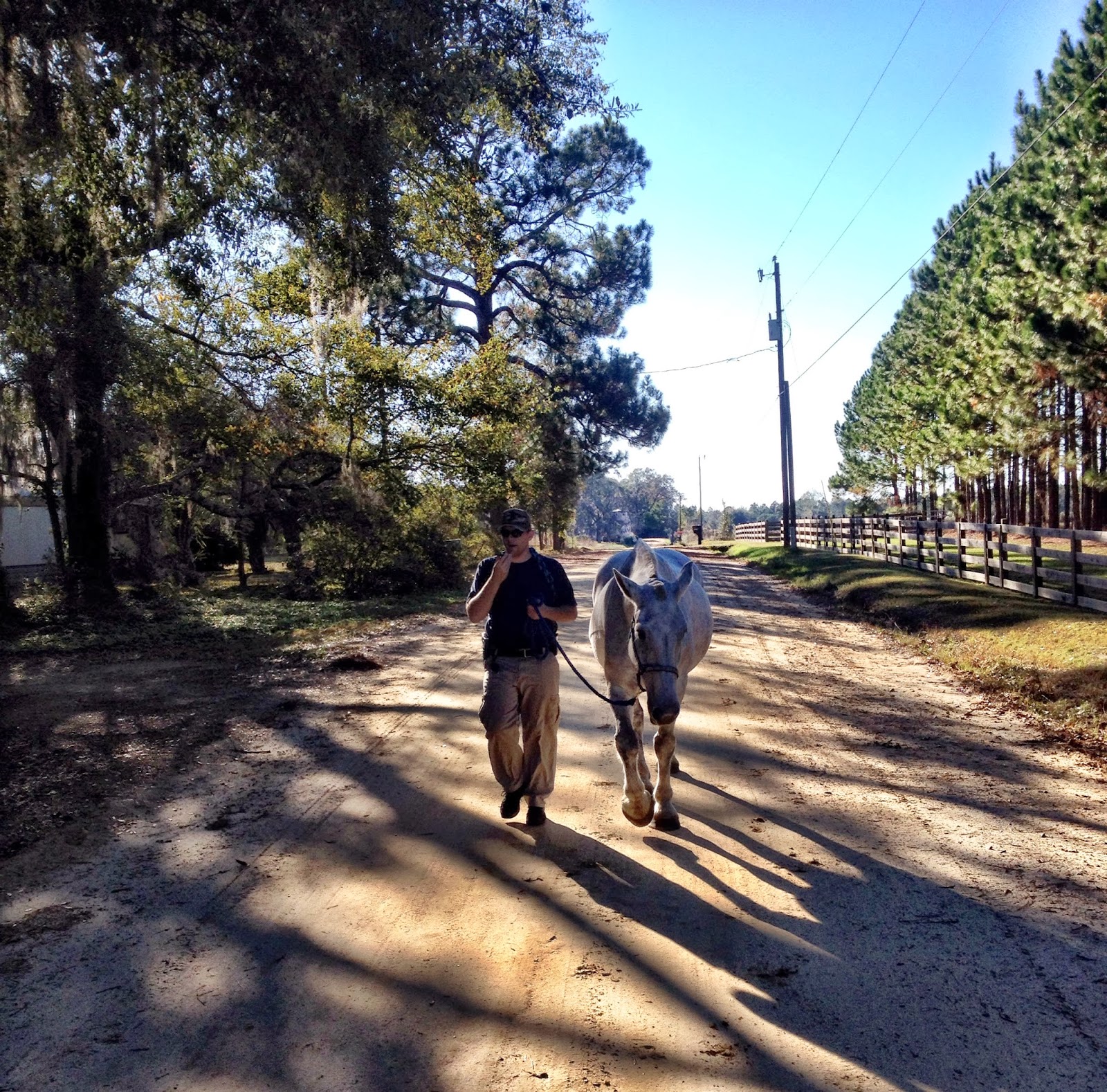 Taking Klein mare for a walk.

Where has he been?  Remember the post in December where I said it had been a stressful week?  Yeah...that was the week the other half deployed.  My best barn buddy is off defending the U.S. Constitution against all enemies foreign and domestic aka he's overseas fighting the Taliban. 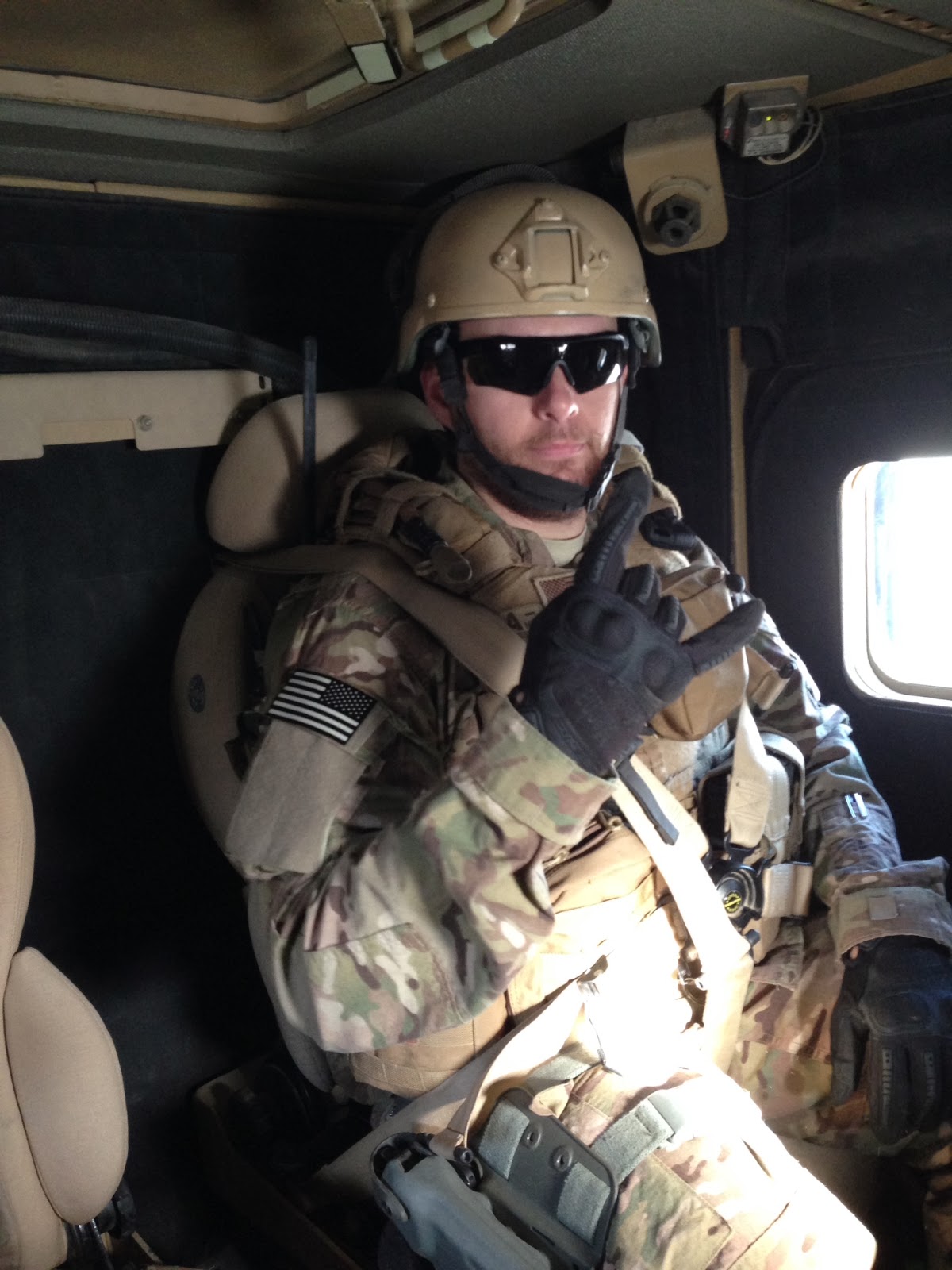 I promised The Odd Couple that he's coming back, and that I didn't sell him.  I told them he's out saving the world and making it a safer place for horses.

We all miss him (me, The Odd Couple, and Ceylon).  I really wish he was here for Wes' arrival in about a week and a half.  It was actually his idea to start the GoFundMe site for Wes when I did.  I had talked about it and he told me one day that if I was going to do something like that, I better get to it.  I made the GoFundMe page that day.  He even donated $200 to the page!  But, Wes will be here when he gets home and I can't wait for him to meet him.

I miss him every minute he's gone, and I am counting down the hours and minutes until he comes home.
Posted by The Jumping Percheron at 11:17 PM

Email ThisBlogThis!Share to TwitterShare to FacebookShare to Pinterest
Labels: bf