I knew this would start happening eventually.  It usually does when something important is coming up that I think about a lot.  I start dreaming about it.  The past two nights I've had dreams that I'm in Salt Lake to get Wes ready to ship.

A friend told me I'm more excited to get Wes than a pregnant woman.  Well, I have waited EIGHT years for this horse.  EIGHT!  A pregnant woman only has nine months to wait.  Wes is the reason I bought Klein.  Wes was my partner.  We have had so many great times together.

The plan for him is just to go on lazy hacks because he's such a workaholic and looks forward to work so much.  I know for a fact he would be disappointed to not go out and do anything.  I've seen the disappointment in his face on days he dropped a shoe the night before and the farrier wasn't coming until the next day to put it back on.  He genuinely looks forward to work.  Same as Klein.

Wes' last day of work was the day after Christmas.  He is officially retired!  Below is a blurry pic a friend took of Wes at work one night a couple weeks ago.  She was standing across the street so she didn't get a steady shot. 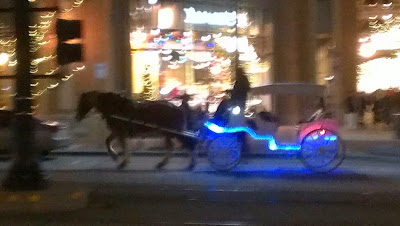 Lately I've been thinking of all fun times we had at work.  I listed a lot of them in my Bring Wes Home post.  Something else that always reminds me of Wes is whenever I hear the song DARE by the Gorillaz.  That song came out while Wes and I worked together and I would hear it pretty much every night at work.  Someone would have their windows rolled down and it would be blasting as they drove by us, or I would hear it on my way to or from work with Wes.


This is not going to seem real until the plane lands in Salt Lake next month.  Believe me, there will be videos and tons of pics for you guys of our reunion and Wes' whole journey.


Our page is currently up to $1,115!  It's open until the 1st of February so keep getting word out for a couple more weeks!  I can't even begin to explain how thankful I am for the generosity that has been shown to us so far. 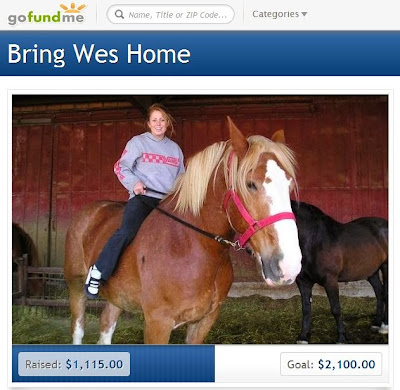 
http://www.gofundme.com/5iqll4
Posted by The Jumping Percheron at 10:18 PM