Summer Vacation is Over 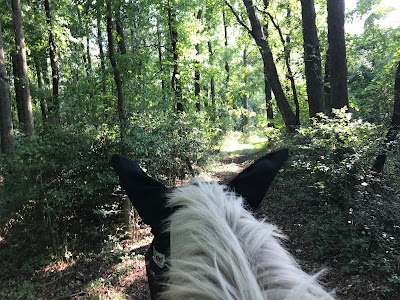 Klein is back to work to get ready for the fall championships.  She is feeling great and after our last adjustment with energy, she is keeping the energy.  She's keeping the energy and getting more and more elastic.  I'm so ready to get her out to a show at second level.  This fall, that's the plan.  The two championship shows she will have to do First Level since that is what she qualified for, but after that, we can move up. 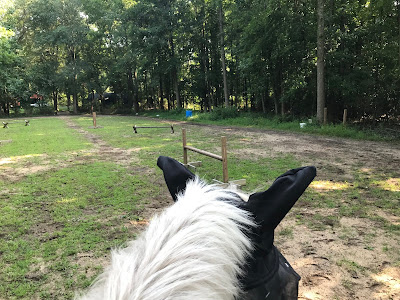 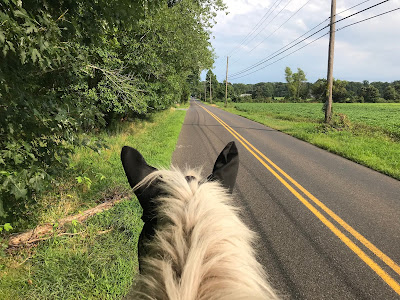 Klein comes back to work the same way she always does.  I start her out with hacks and trot sets.  Then we add in some concentrated flat work that increases with difficulty the longer she is back in work.  We also are still jumping and doing gymnastic work that increases gradually as well.

In addition to two championship shows, we'll also be going to the Breed Show at Devon next month. 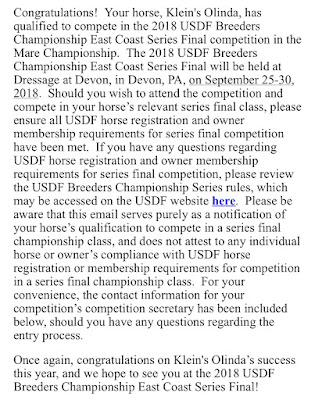 Mochs has also went back to work.  I gave her a bit of a break because her anxiety was getting up there again.  Physically, she looks and GREAT.  Mentally, she can get herself pretty wound up for no reason.  That's the way she's always been.  You just kind of have to strategize a bit more with her.  Though after the first ride back, the next day she cut her right ear pretty bad.  I thought at first it was going to need stitches, but after a closer inspection it didn't.  We cleaned it up as best as we could without irritating her too much.  It was extremely sore (as you could imagine) and had some pretty noticeable swelling by that evening.
We have no idea how she could have done that.  We never see her sticking her head through fences or any other thing, though that is what it looks like she did.  It looks like she got her head stuck somewhere.  We walked around the entire pasture she was in and you think we could find where or how she did it?  Of course not.  Horses are really good at that.  They get hurt and it's a complete mystery.

I can ride her in a neck rope but even the top of her neck by that ear was sore so I just decided to leave her be until it healed up enough to put a bridle on.  Now that it is healed she's back to work.  It will be the same as usual, bring her back easily before increasing the workload.  I'm not sure what my future plans are with her right now.  We're back to the unknown, not because of soundness reasons.  As far as being sound, she's good to go.  I am starting to wonder if maybe I still haven't found what makes her completely happy as far as her job.  We'll see how it goes this time, and I may try something different with her soon with her work. 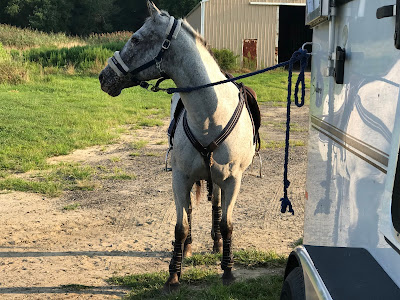 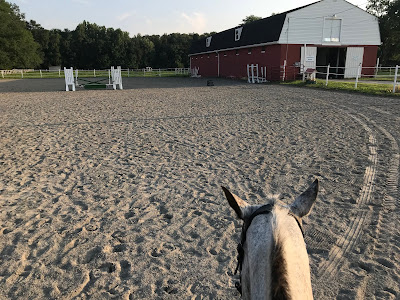 Posted by The Jumping Percheron at 4:27 PM

Email ThisBlogThis!Share to TwitterShare to FacebookShare to Pinterest
Labels: training