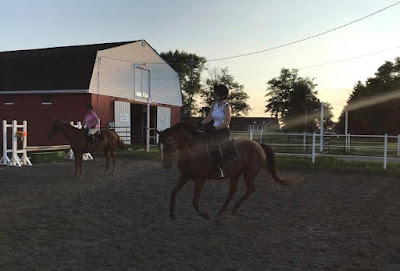 Recently Leo and I have began a little reunion.  He needs some refresher rides on proper balance so I will be getting on him once or twice a week for a while now.  It took a while for his memory to get jogged, but it did, and now we just have to put some consistency back in his routine.  He also needs to be reminded he CAN bend and he doesn't HAVE to ride like a 2x4 piece of wood.  He's figured out some pretty rude evasions too.  His favorite being to snap his head up to break any connection you have, and to just out right evade right out of either shoulder and fly sideways.  He really is making WAY more work for himself than he has to.  It's not tack, it's not teeth, and it's not his body.  He has been ridden in my tack and someone else's, he had his teeth done earlier in the year, and he's had chiro adjustments/massage. 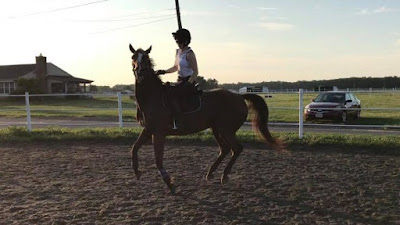 Exhibit A.  There we were, a couple steps into the canter when he pulls one of his new tricks out of his hat. 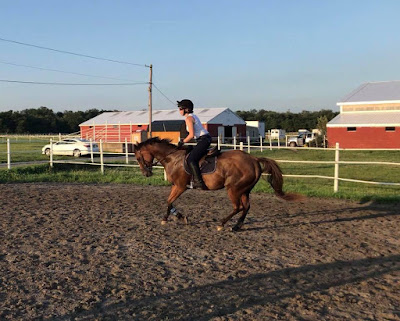 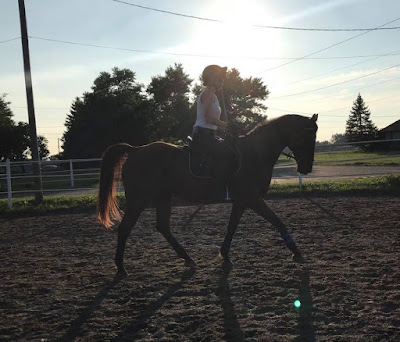 This took a bit to get to as well.

Let's not forget, here we are earlier this year.  This dude has skills.  He is extremely capable.


In addition to that he needs a bit of a break from the ring so I'm going to help him out with that.  Some horses like their bubble, some don't.  I don't think he does.  I think he likes to go out and explore.  He is on his very best behavior when he is out and about.  He's been a bit of a handful in/next to/around the ring lately.  He is 100% a different horse when you get him out.  It's out of sight, out of mind for him.  I think his little mental breaks will do him good, he seems to enjoy himself and like adventuring. 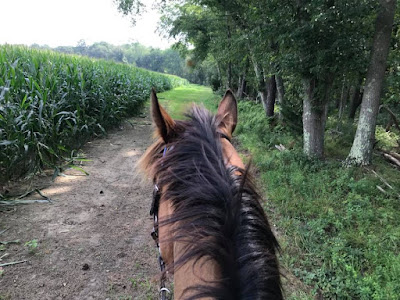 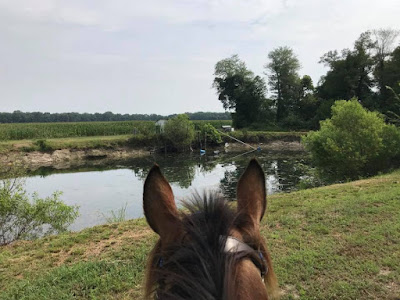 Posted by The Jumping Percheron at 9:59 PM