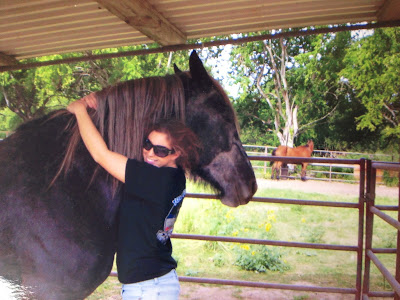 Our reunion the day I got home to Hawaii from my first deployment.

I bought Klein out of Canada and had her shipped to me in Hawaii about four months before my first deployment.  I already bought her and had her trip booked before I was notified that I would be going on a little vacation to the United Arab Emirates.  It wasn't a big deal because, obviously, being in the military it's not if you deploy, it's when.  I had a great ponysitter lined up and wasn't going to worry at all. She would have a nice four month vacation living in Haleiwa, directly across the street from the beach on the North Shore where all the sea turtles hang out.

She turned three the week after she arrived in Hawaii. 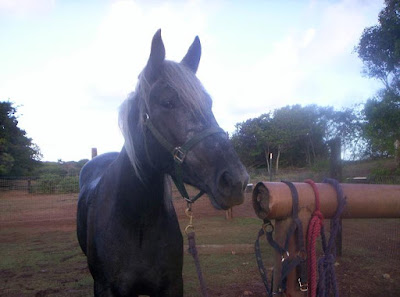 I backed her and started her with just the very basics before I deployed.  I spent a lot of time ponying her on the trails in the mountains of the north shore.  Everything had been super smooth with her.  We bonded immediately.  Of course I didn't want to leave her for four months, but, UAE was a great time.  I had a picture up at work of us standing together on the the top of one of the mountains on the north shore.  A lot of people use deployments to escape their everyday responsibilities at home for a while, I wanted to go home to my horse.

I DID get my horse fix a little bit while in UAE atleast: 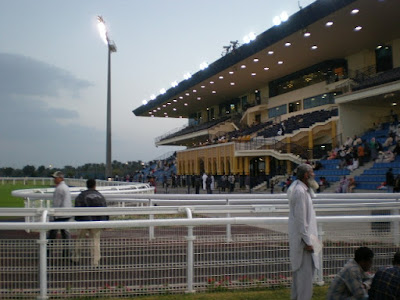 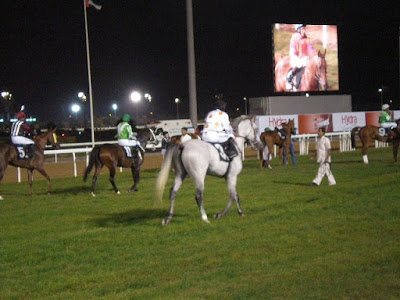 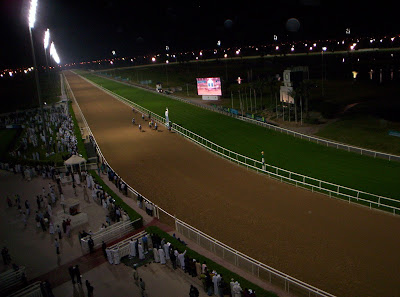 The view from our VIP suite at the Dubai World Cup in Dubai.  You think I'd go four months without horses???  Ha!

After having to basically hitch hike home from the desert for about a week, my team landed at 5:30am on the rotator.  We went from UAE to Qatar, stopped on some random island where they wouldn't let us get off the plane, stopped in Tokyo, then in Thailand somewhere in the middle of the night, then Hawaii.  I went home, took a shot of whiskey (don't judge me, I just flew half way around the world and it wasn't 5:30am to me) and as soon as the first ray of sun appeared I was on my way to the barn to see my girl.

My ponysitter was under strict orders to leave Klein be as feral as possible, aside from having manners for her feet to be trimmed of course and to be brushed.  This is why she has a lady beard in the first picture and a mane that was completely out of control.  I didn't want anyone messing with her.  She was not to be on a longe line, in the round pen, and sure in the hell no one was going to ride her.  I got on her the first day I was home to just hack around bareback.  She remembered everything I taught her before I left.  We picked up where we left off, after we built some fitness base up again.

I love the first pic because of her face.  Her eyes are closed and her head is resting on me.  I think we were both equally relieved to have each other back.
Posted by The Jumping Percheron at 7:00 AM