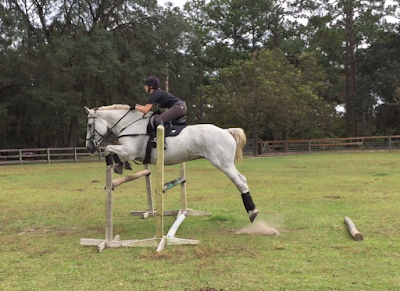 The gymnastics continued this week.  I left the bounce in the line but then put three ground rails to a vertical which I later changed to an oxer.  It actually started as a 3'3" oxer because I rode Klein first that day.  One day, Mochi will be ready for 3'3" on the end of a line, and then alone.  She has the potential for it, but she has a lot to learn.  But when that day comes, it's going to be a lot of fun!

I had The Other Half come and take video this time.  He was a good sport and was my jump crew/cameraman.

Klein was feeling a little short through the line and then after we were done it hit me, the ground rails were set at 10' and so was the bounce because I had it set for Mochi the other day!!!  Oops!  Klein just adjusted herself and adapted, because she's awesome like that.  Never touched a thing.  I felt slightly like an idiot.  I have them closer than they should be for Mochs not because they are little, but to keep her from getting strung out.  You can see it in her video, she is slightly excited and can end up freight training through a line.  The closer rails help her keep it together a little more.  I will put everything at a normal 12' stride once she gets a little better. 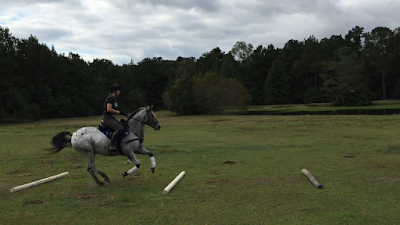 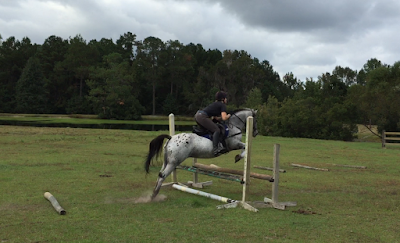 Is this even the same pony I bought?!?!

Mochs' form over fences continues to improve.  The bar is set high with Klein.  Klein has always just had this freakish near perfect form over fences.  Gymnastics are helping Mochi to learn to use her body properly.  They are really making a huge difference in her.  Want to see how she looked the first time I jumped her after I bought her? 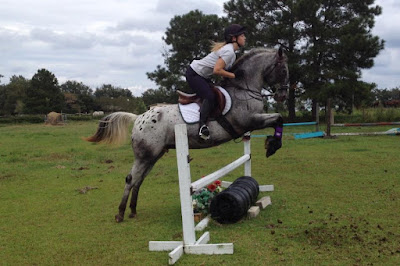 ...awkward...  Remember I said she looked like the knight from a chess set?  Also, just look at the pic of her over the xc fence in my blog, those knees are improving. 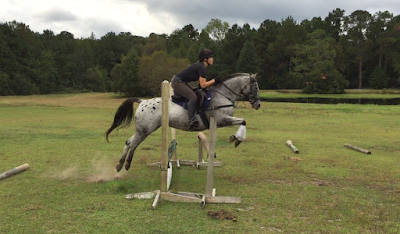 Now check her out!  Go Mochs!

I am pretty sure that ramped oxer was up to 2'9" when I decided that was good for the day.  I rrrreally wanted to keep raising it, but I just don't feel like she is ready quite yet.

Here's the video of a couple lines from that day:


And back to my beauty queen.  Look at that face, she knows she a princess. 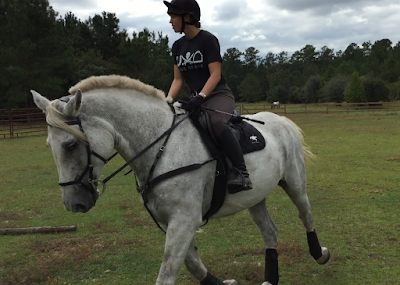 Klein was great that day.  She is feeling awesome and still sweating 100% normally.  It is cooling off here but we are still in the 80's almost daily. 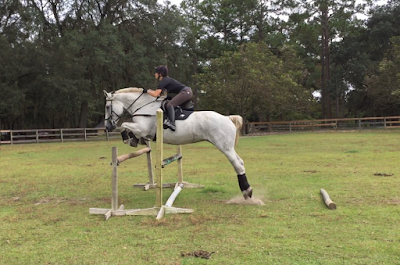 Looking forward to getting back to the progress we were making before summer took over with bugs and anhidrosis.  Klein is happy to be back in regular work.

Here is some video also from Sunday: