This is How a Klein Loads 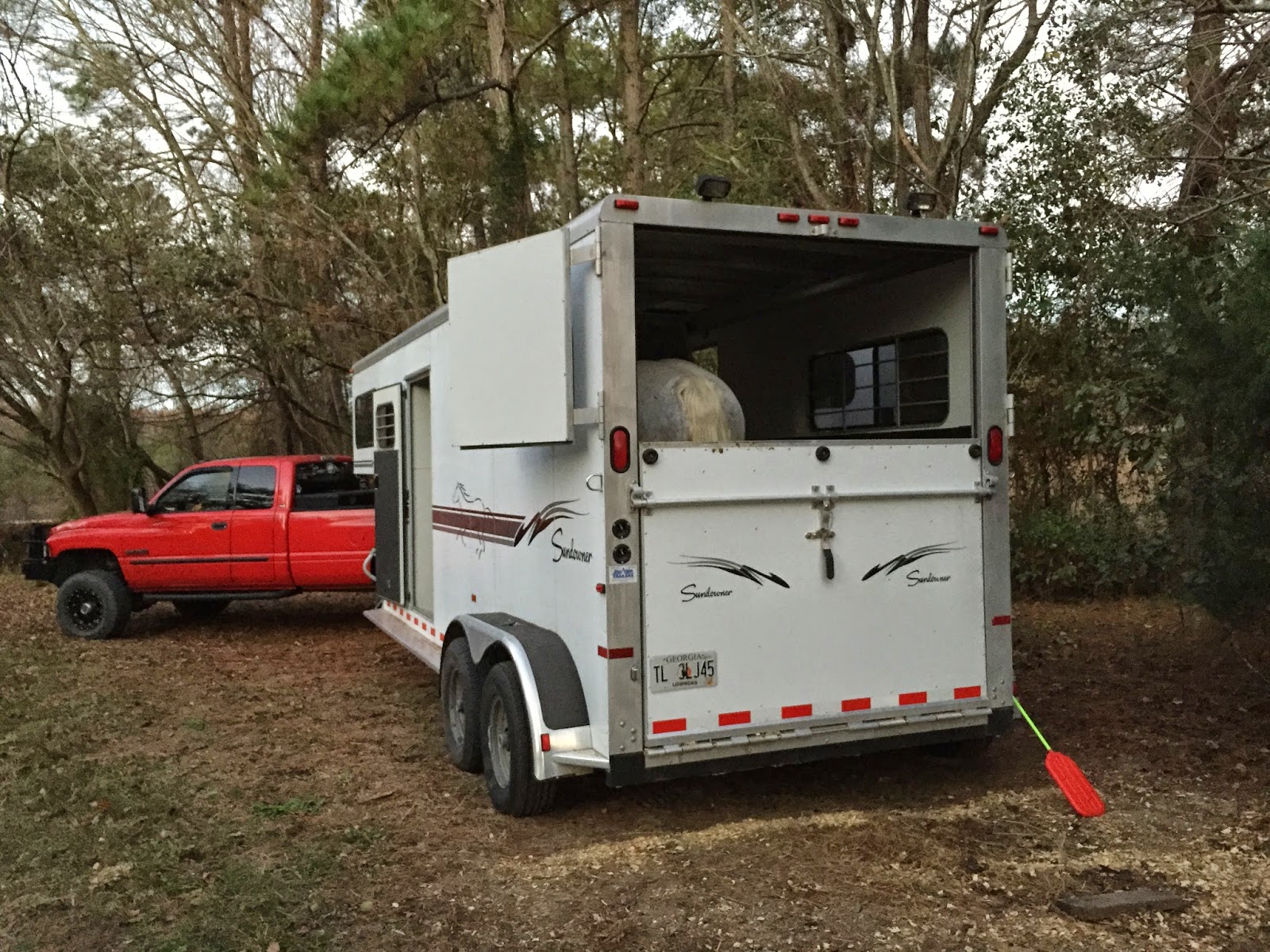 We let our trailer lesson sink in yesterday and this evening we were back at it again.  Klein loaded nicely 11 times.  The first time she time she tried to test the water very slightly.  As soon as the Other Half took a step toward the hip that she considered using to evade the ramp she straightened up and went right on.  Every single time after that, ten more times to be exact, she went on perfectly.

Tonight we varied the whole session.  She would load and stay on the trailer for five minutes, unload and spend some time in the barn in cross ties, load for two minutes, unload to the bottom of the ramp then I would load her right back up.  She is almost too smart for her own good sometimes so we have to vary the routine.  She figures out patterns extremely fast.  I wanted to keep her guessing so she had to listen because she had no clue where we were going next or how long she would be on the trailer.  Same ideas as a lot of transitions to get them listening.

She could stand on the trailer forever.  She just quietly munches her hay and hangs out.  That has never been a problem.  She has never kicked, stomped, been vocal, etc...  Sometimes I walked her back into the barn to say hi to Mochi and then we would turn around and get right back on the trailer.  Other times we'd unload then take two steps, turn around and immediately reload.  She did all of this perfectly.  By the eighth time I could see she was starting to get annoyed, just through her facial expression.  She didn't let any of it show in her behavior because she knows that would earn her ten more times getting on our trailer.  She has learned since she was a baby in the round pen that bad behavior earns you more work.  So she shelves it most of the time.  I am pretty sure she is putting two and two together already hence her annoyed facial expressions after the repeating the same easy thing eight times.

We had already planned to load her ten times as a minimum, with good behavior.  I added one so we didn't stick with the same number as last time, for the sake of keeping the routine varied.  I also loaded her the last two times with the Other Half nowhere in sight.  He was in the barn checking on some horses.  She was perfect.  Here is one of the times walking from the barn, THIS is how she has always loaded, THIS is my Klein mare:


I would only tell her "good girl" once when she got on the trailer, then I left her alone until I went to unload her.  There were no treats either.  We just treated it like any other everyday thing we do that is expected.  Again, she is not doing me a favor by loading.  Getting on the trailer should be right there with something as simple as me putting a halter on her.  Getting on a trailer is what a domesticated horse does, it's part of her job.  We will have another loading session this week.

Another huge thanks to the Other Half for making this a team effort.  He was ready to head out to the barn right after work.  He is just as involved in this as I am.  He cares about everything involved with our horses, and I am so lucky to have that.
Posted by The Jumping Percheron at 9:12 PM