Missing Piece of the Mochi Puzzle? 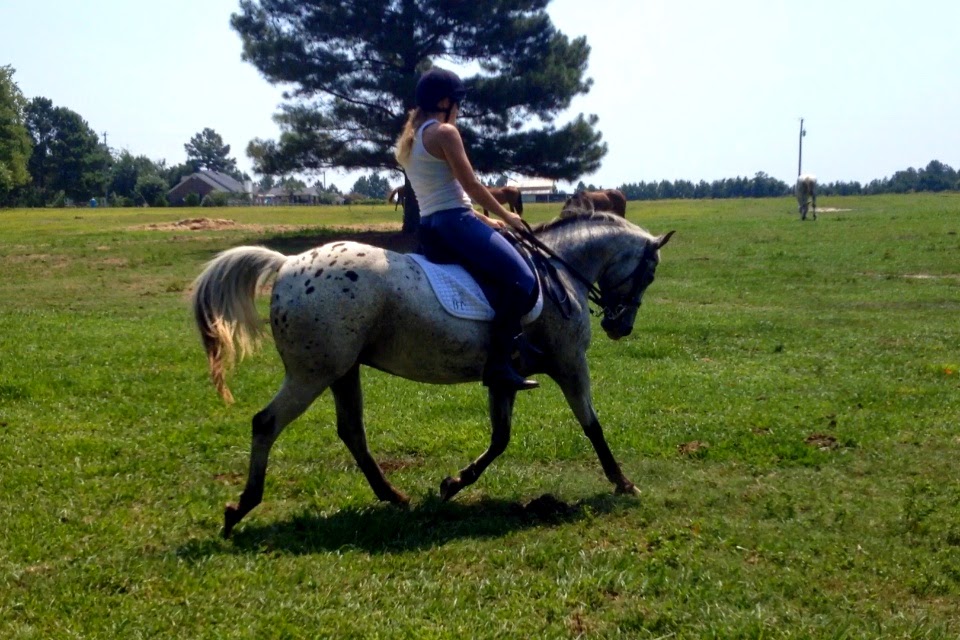 Mochi gettin' it in the Pelham with double reins (I know, I forgot my stirrups that day on another saddle at home).

In case you didn't know, Andrea and I have the same mare.  Hers is bigger and redder, mine is smaller and spotted.  We have spent literally hours repeating each other.  Everything O does, Mochi does.  Everything Mochi does, O does.  We share ideas on what might chip away at the complex minds of these mares.  Well, she made some progress with a Pelham with double reins then eventually a double bridle.  Hmmm...a Pelham...with double reins...now there is something I have never thought to try.  It got through to O, it was absolutely worth a try on Mochi.  Nothing to lose at this point, so I ordered a mullen mouth Pelham and it showed up last week.

Let's refresh your memories of what the issue is with Mochi.  This little horse has an endless amount of energy and enthusiasm but I have yet to figure out how to organize it.  She's my biggest challenge and the thought has crossed my mind that maybe she would rather be a pet.  She's perfectly happy being a pocket pony.  She couldn't be happier as long as she's included in whatever you're doing on the ground.  She whinnies to us and comes right over in the pasture.  But get on her back and she's like riding five ponies at once.  She's way more horse than Klein, and Klein has about 600lbs on her and three more hands of height.

She's had her teeth done, chiro adjustments, etc...  She's in excellent shape, she has freaking fabulous feet.  Her ONLY issue is that she's a little on the plump side, but give her a break, she hasn't been in work for a while.  I have tried a couple different bits with her and she approves of one so far, the french link baucher.  She's the quietest in that but still is just a little FREIGHT TRAIN.  She pulls on herself really.  I know the whole "if you can't ride them in a snaffle you're a failure" argument.  But seriously people, does one size REALLY fit ALL?  I honestly don't think so.  Can Mochi eventually go quietly in a snaffle?  Maybe one day.  But we have to have a plan that works for now, and that does not work.  This is the problem with buying a horse that you don't start.  You have no idea what's happened to them before you bought them.  Moch has never been in any real consistent training, at one point she was being trained for western pleasure (*BARF*).  One ride on her and I can see why that didn't work out.  Why not just turn her into a trail horse?  She can't just chill out and leisurely hack, she is the energizer pony.

I fell in love with her because she's just the most adorable thing and has such a great personality and the potential is there to be an amazing little sport pony.  On the ground she is just the sweetest little mare.  Loads and trailers like a pro.  Oh, and Klein approved of her immediately, which is RARE.  I just have yet to unlock the code on her and I am not about to force her into anything she doesn't want to do.  Want to see an example of her adorableness??  Check her out the other day:


I had her in regular work thinking she was just rusty and that was why she was such a hand full.  Well, months later, she was just as much of a hand full.  You could take her out for a 15 mile ride and not make a dent in that horse.  I mean just look at this before and after:

So, after all that rambling, how did the Pelham with a double rein work??  Great!!  I'm really hoping she doesn't figure out how to evade it within ten rides.  That was the FIRST time she has ever not tried to blast off in the canter on a straight line.  Part of things like that is because she is out of shape and has no real balance or collection right now, and I can appreciate that up to a point.  I absolutely take that into account.  Here's a video of her trotting in the Pelham and double reins, short video, but better than nothing.


Cross your fingers that I maybe found something that we can make some progress with.  The start would be just to get her back into shape with hacks and basic flat work, then move on from there. 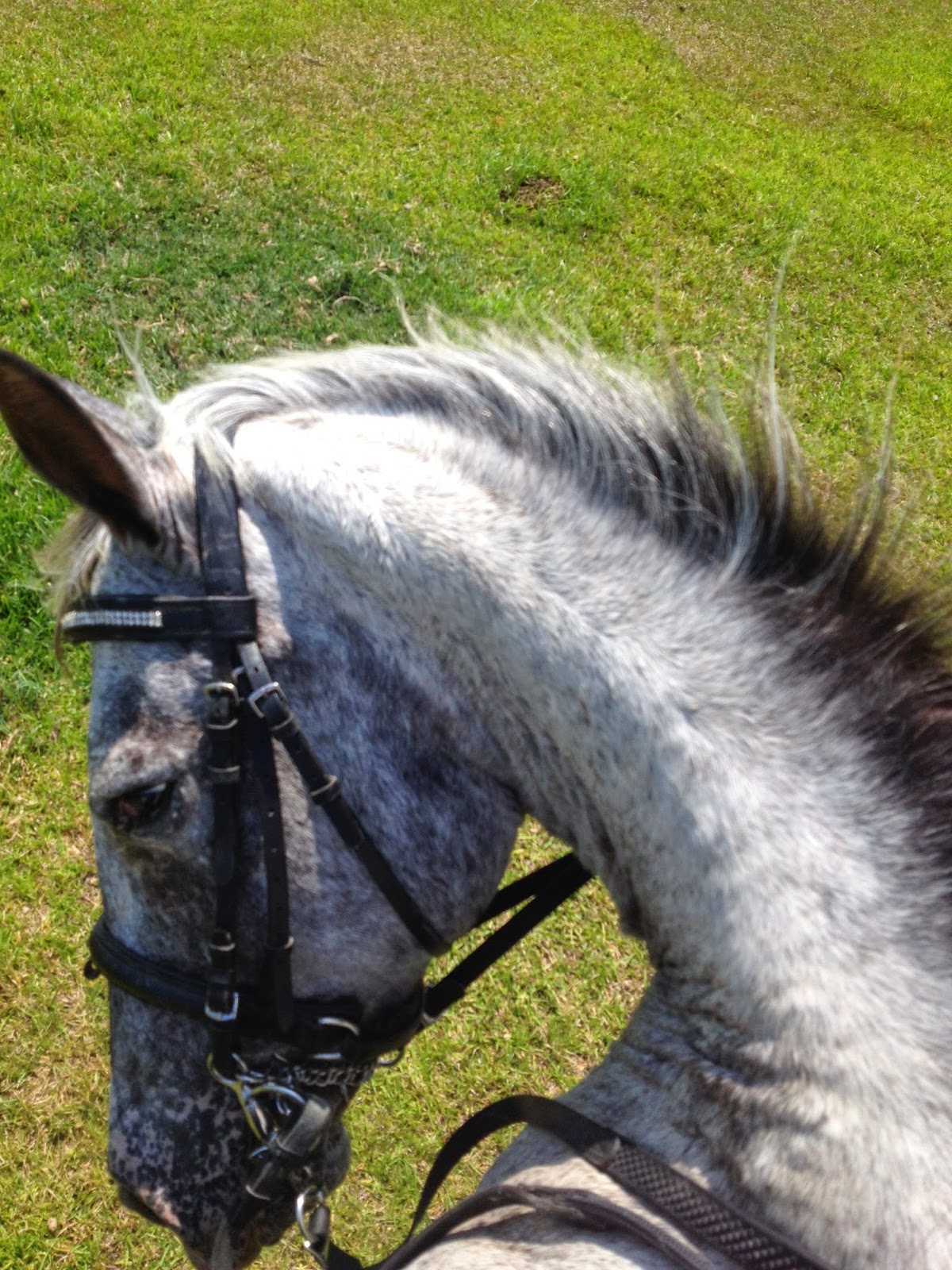 Mochi's habit, she has to turn and touch her nose to my boot to see if I'm still there...I guess? 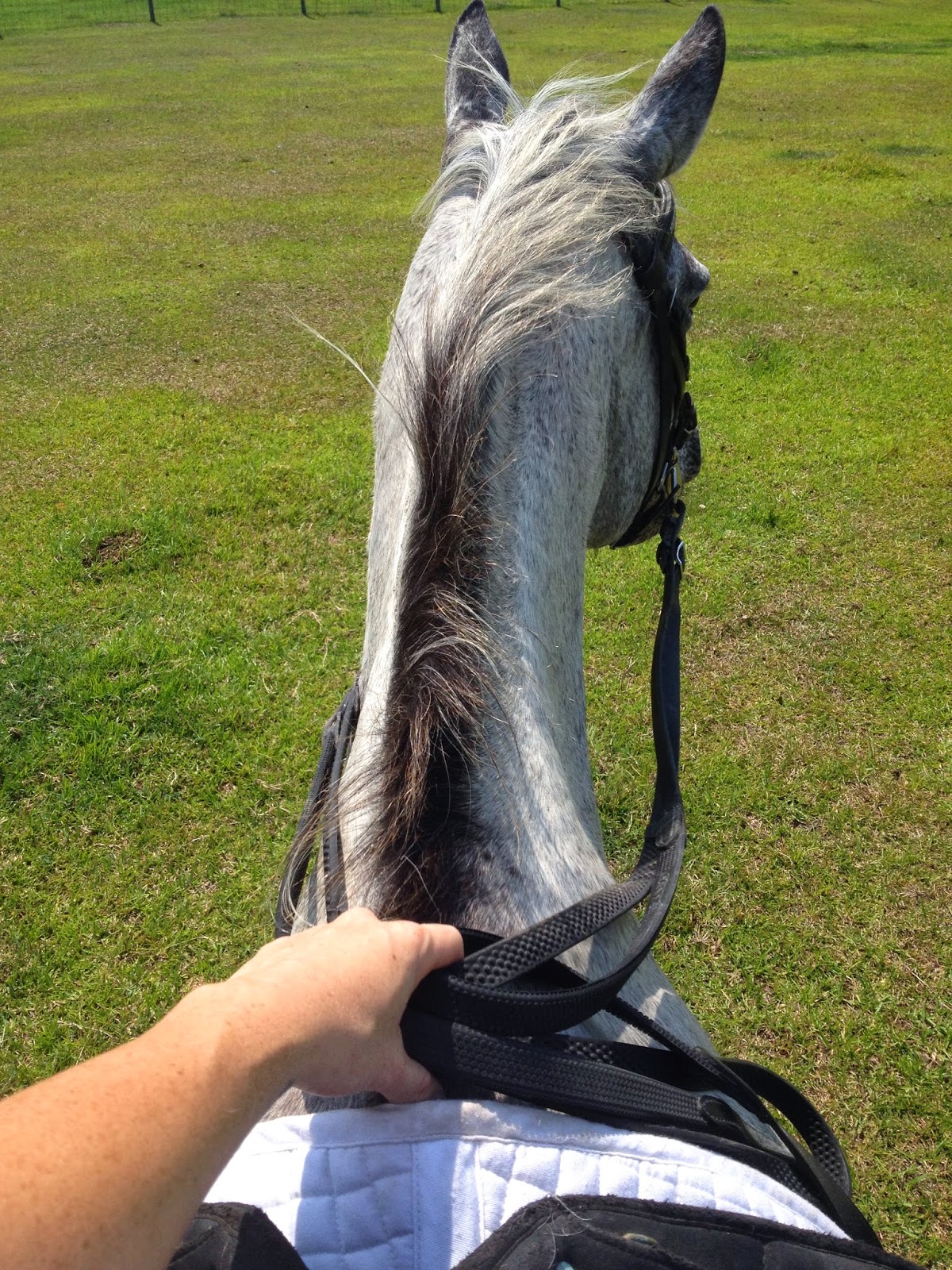 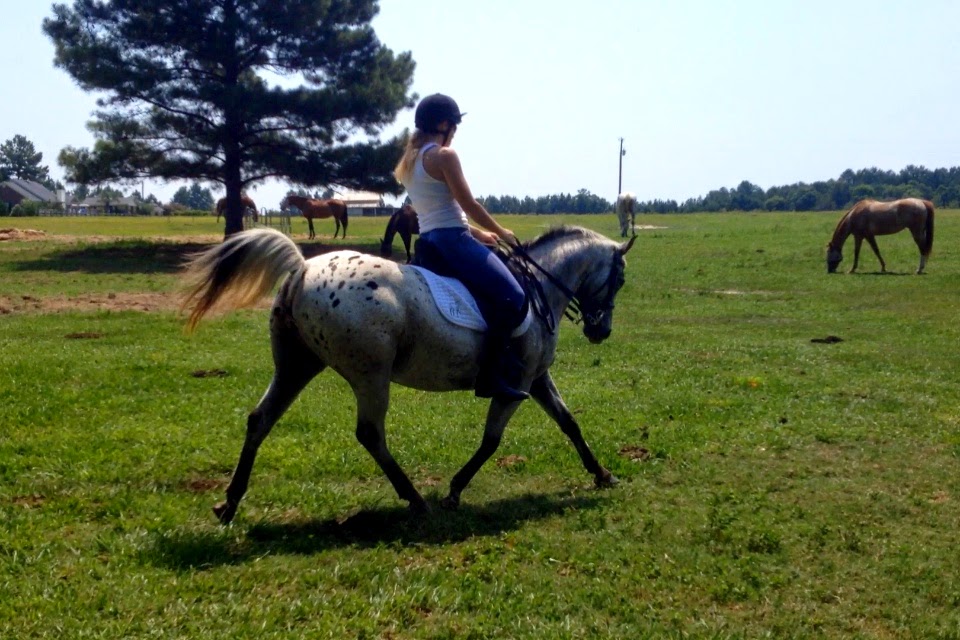 Yesterday I took her out for a hack with a friend and she was dramatically better for that as well.  I REALLY hope this is the start of some progress for her.  I would love to ride her regularly but, if she still shows me that she would rather be a pet, well, whatever makes her happy is fine with me, and bf.  He LOVES his little Mochi pony. 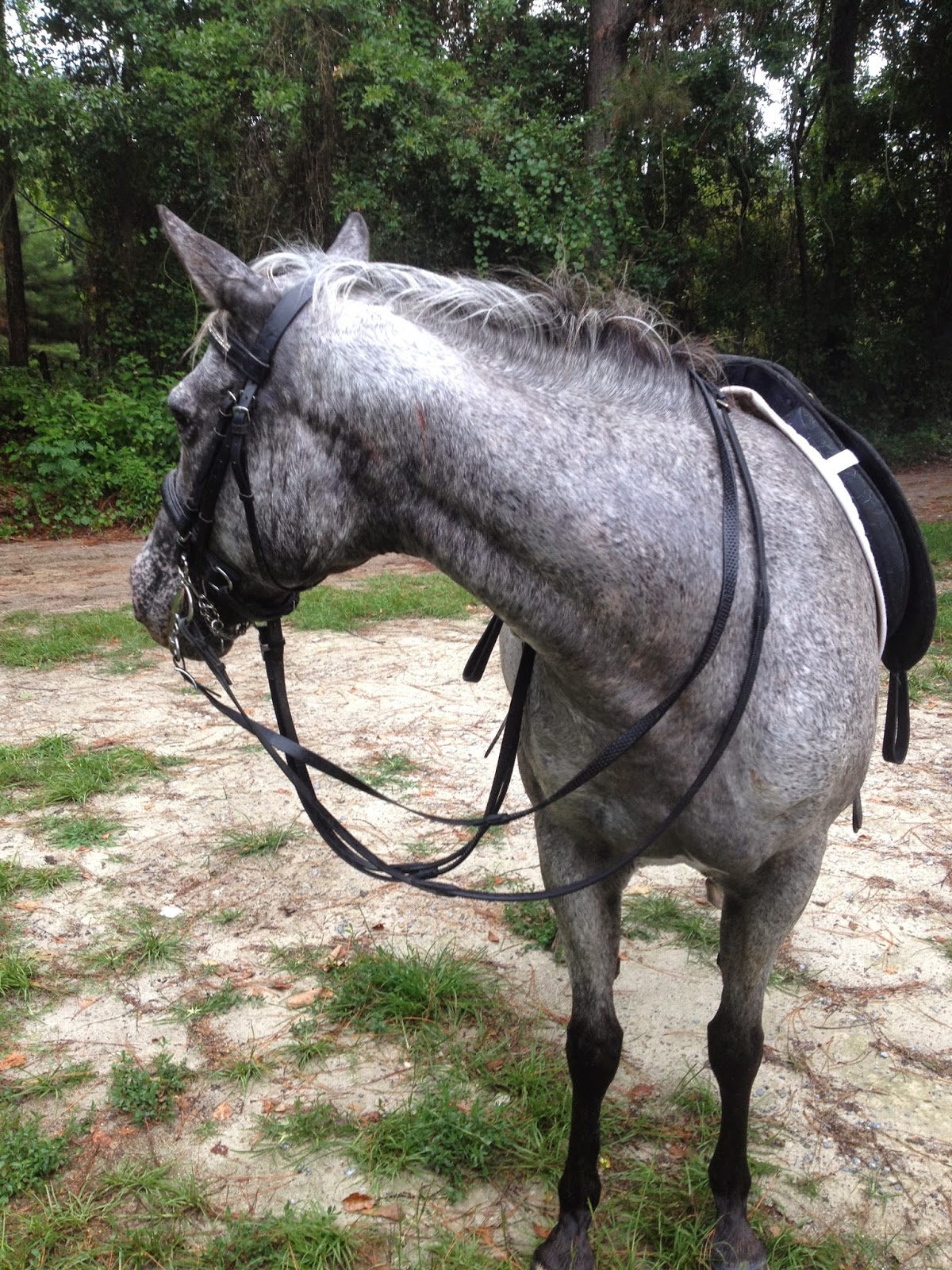 After our hack.  SO CUTE.
Posted by The Jumping Percheron at 8:23 PM