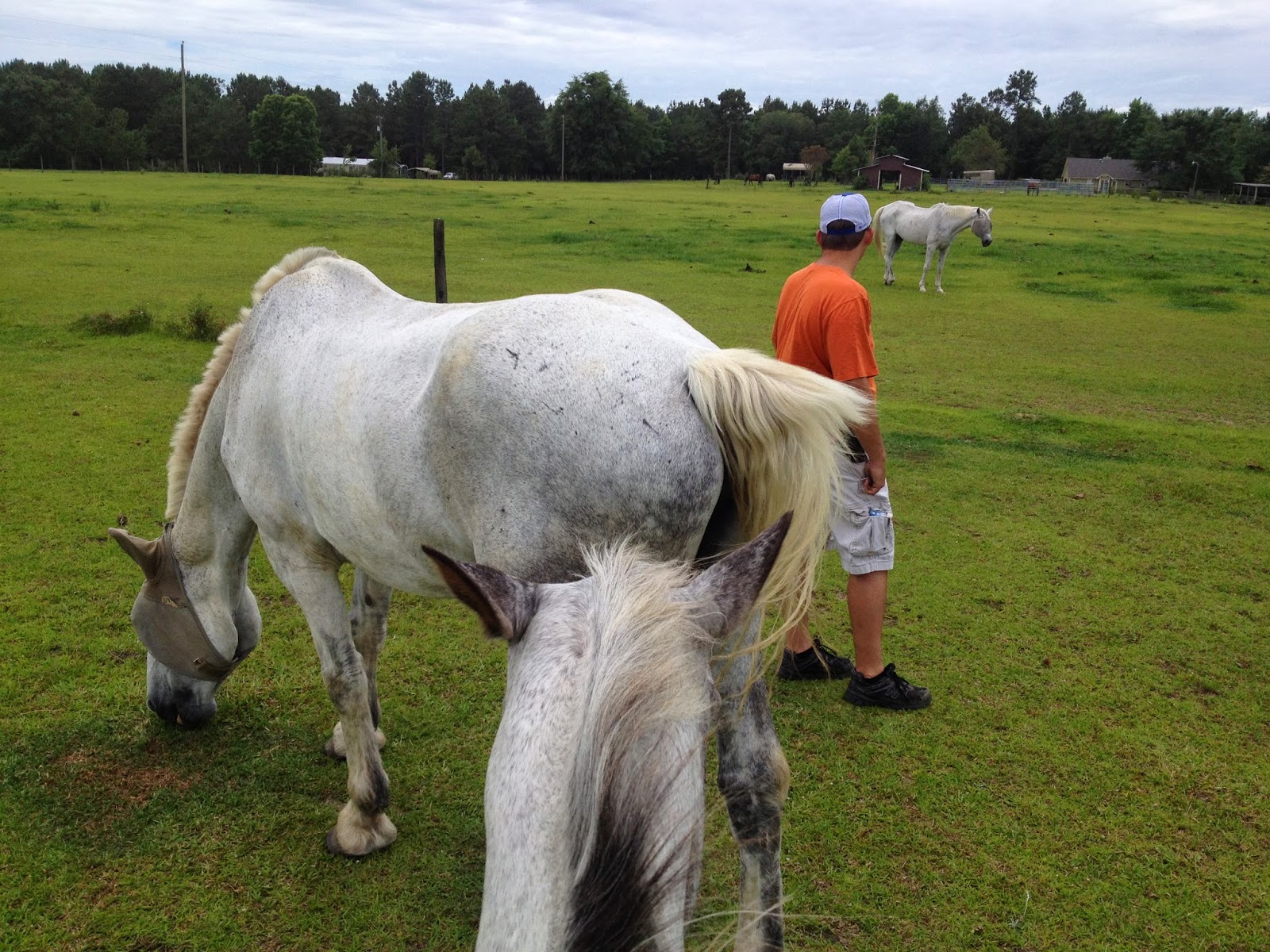 Ok, we all know there's a billion snakes down here.  The south is known for its bugs and snakes, and bugs, and snakes, and...bugs.  Amazingly I have only seen two snakes since I have been here, a rattler and a Cottonmouth.  The rattler was in the middle of a street with a bunch of guys around it, probably trying to figure out if they should just kill it or see if anyone was brave enough to pick it up.  The Cottonmouth I saw at the barn and didn't know it was a Cottonmouth or I would have immediately shot it.  I felt stupid for that one.  I always have my .40 on me but ever since seeing the big grey Cottonmouth at the barn in the ditch I have also started taking a .38 with snake shot with me too.  Well, now that bf is home, he's in charge of snake patrol.

The other day we were out looking for Mochi's fly mask.  She is THE WORST about keeping her damn fly mask on.  She did good this time.  Instead of just ditching it in the pasture bf spotted it IN the ditch covered in mud.  You could BARELY see it.  We went around to where the fly mask was and bf told me to let him check for snakes first.  He was walking in front of me with a stick to look through under brush with.  Me, thinking "oh we probably scared any that were down here by walking down to the bank of the ditch" took a step to the right of bf, where he hadn't checked yet.  As soon as I took that step I looked down and RIGHT NEXT TO MY BOOT I saw THIS: 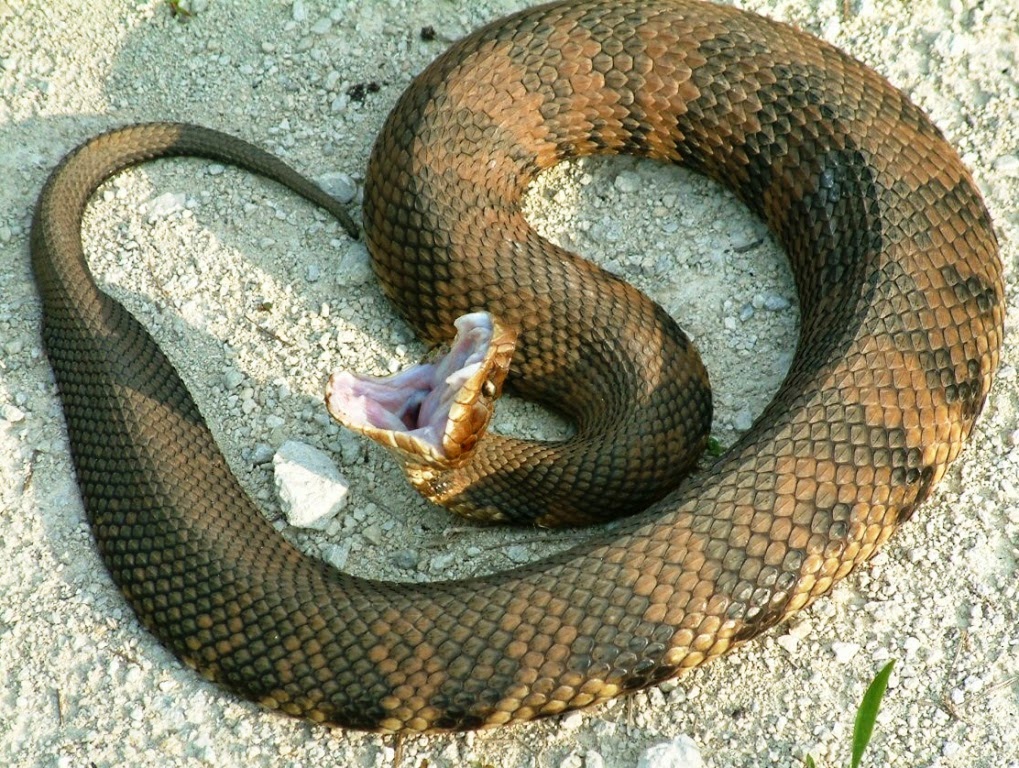 An f'ing Brown Cottonmouth doing its threat display they are so well-known for.

I yelled "HOLY SHIT, SNAKE!!" and jumped back.  Funny thing...about two days before this happened I was telling bf how atleast once a day he saves my life in one way or another.  As soon as I jumped back he pulled the .38 out and shot the snake.  Yeah, we'll just add that one to the long list of times he has saved me from something. 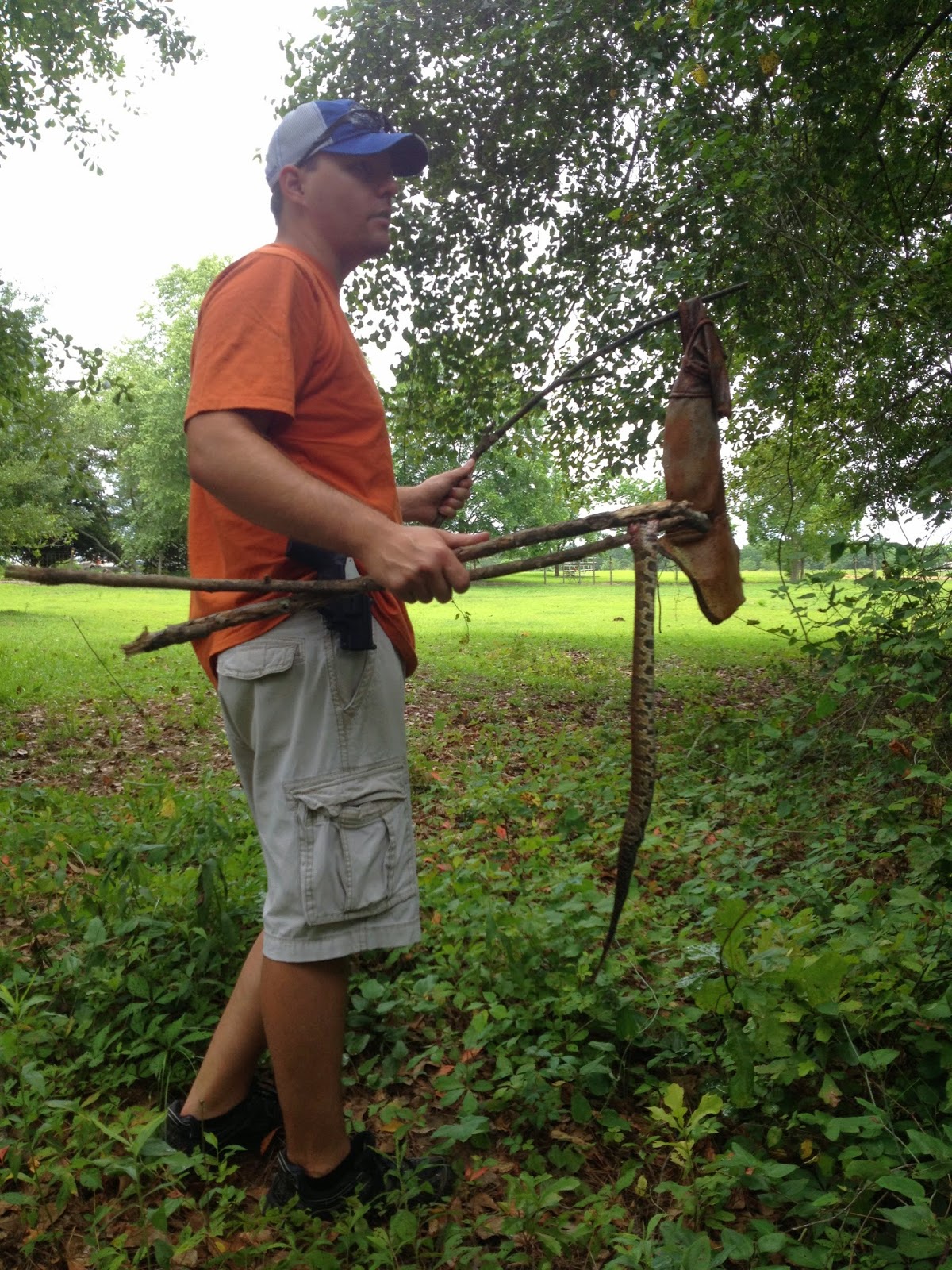 Mochi's nasty fly mask on one stick, dead Cottonmouth on the other.  That's just how he rolls. 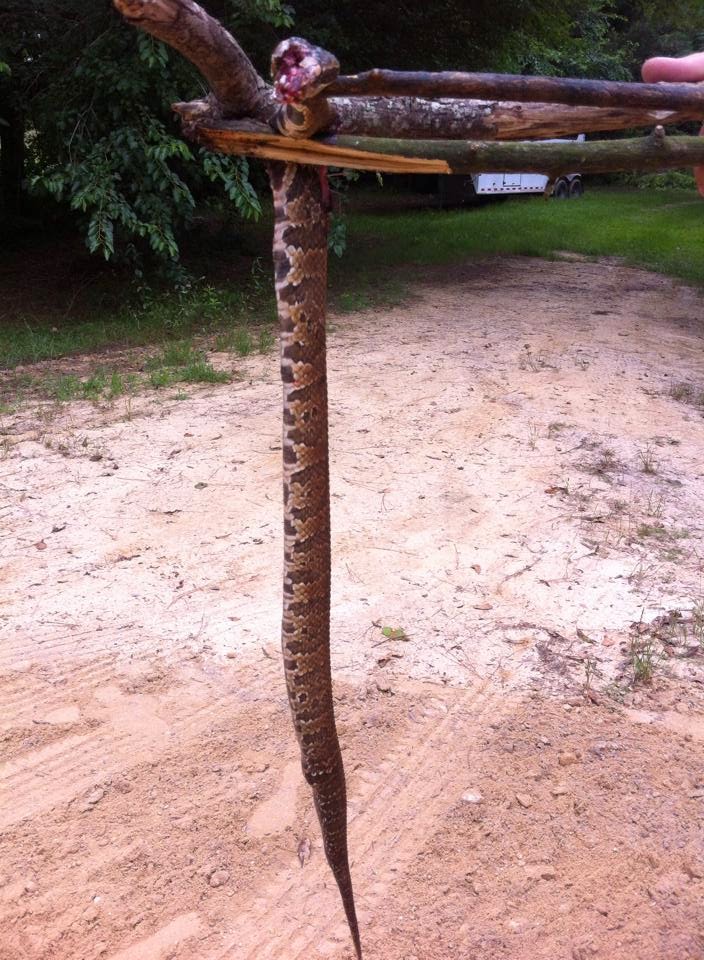 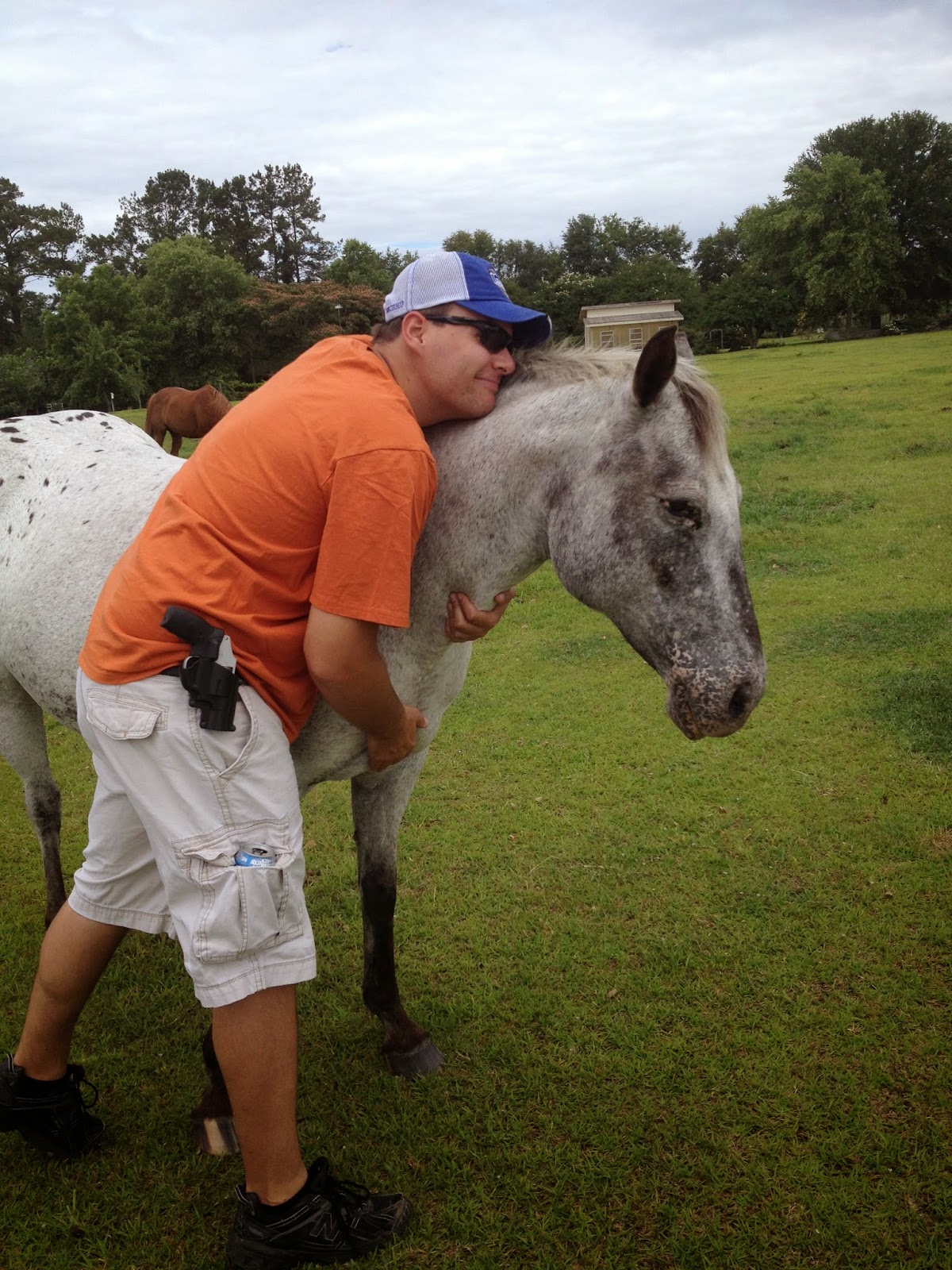 At first I was like "thanks a lot Moch..." then bf said "You should thank her, she was just marking the spot with her fly mask to show us where a Cottonmouth lived so I could kill it."  Good point.
Posted by The Jumping Percheron at 7:28 PM