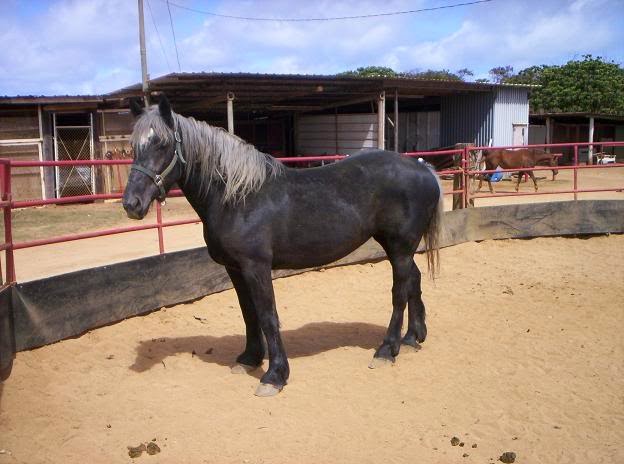 The mandatory Klein baby picture.  This is the first day we met, the day she arrived in Hawaii all the way from Canada as a coming three year old that was barely halter broke. 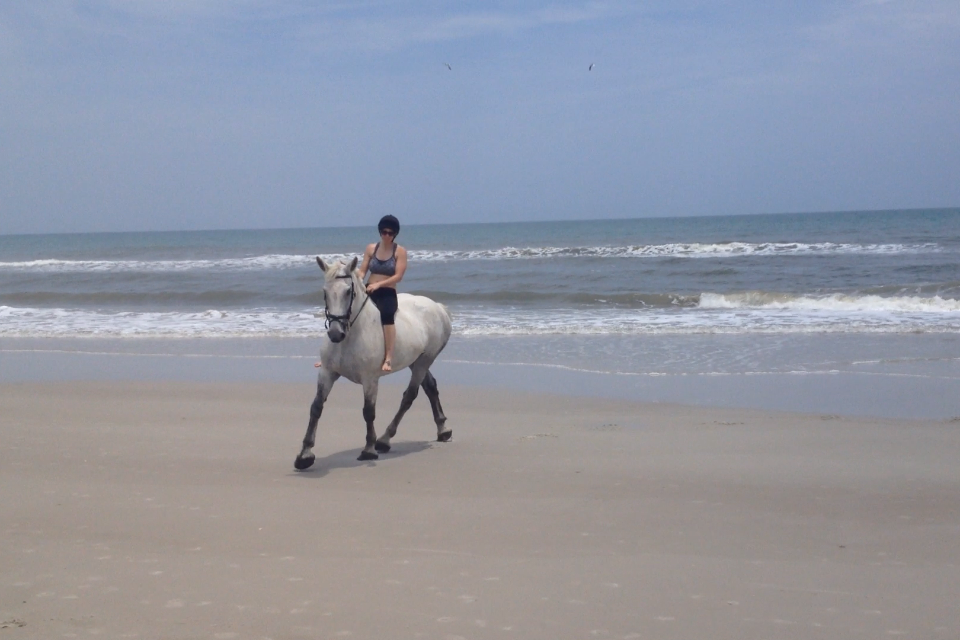 Here she is just a couple weeks ago.  From gawky, un-started filly to event horse that has earned a silver medal with USEA at Novice and traveled half way around the world with me.  We've had adventures of a lifetime together and I really don't know where I would be without her.  We've rode on the beaches of the North Shore of Hawaii (Oahu) together and the beaches of the Atlantic side of Florida and a ton of places in between.  I just hit eight years in the Air Force on May 30th and Klein has been there with me from almost the beginning.  She has never been just a horse to me.  Here's to years and years of more adventures!

How did we celebrate this year?  With a six pack of Guinness of course! 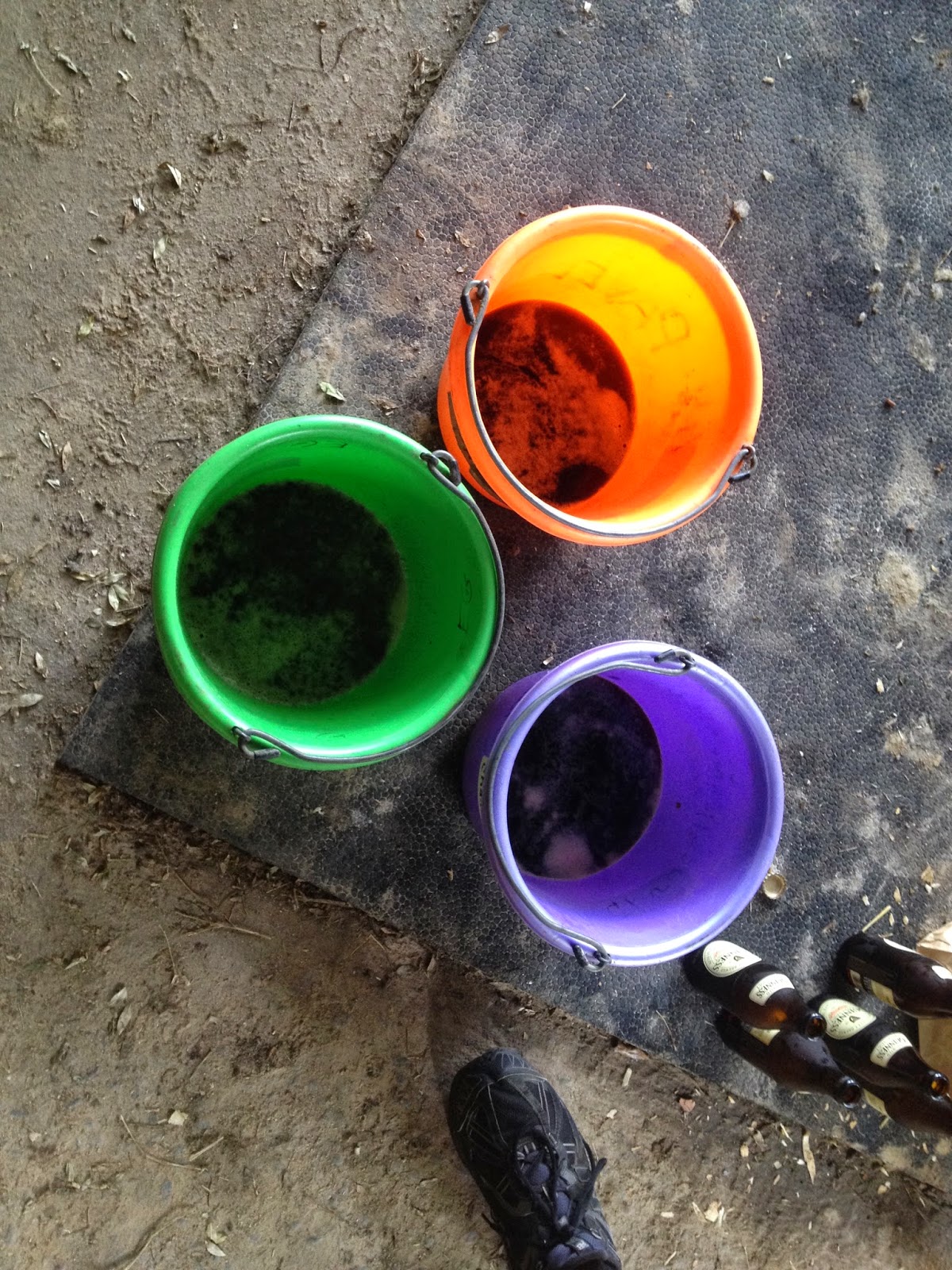 Klein and Wes each got two bottles and Mochi got one.  Then bf and I of course got ourselves something to drink too. 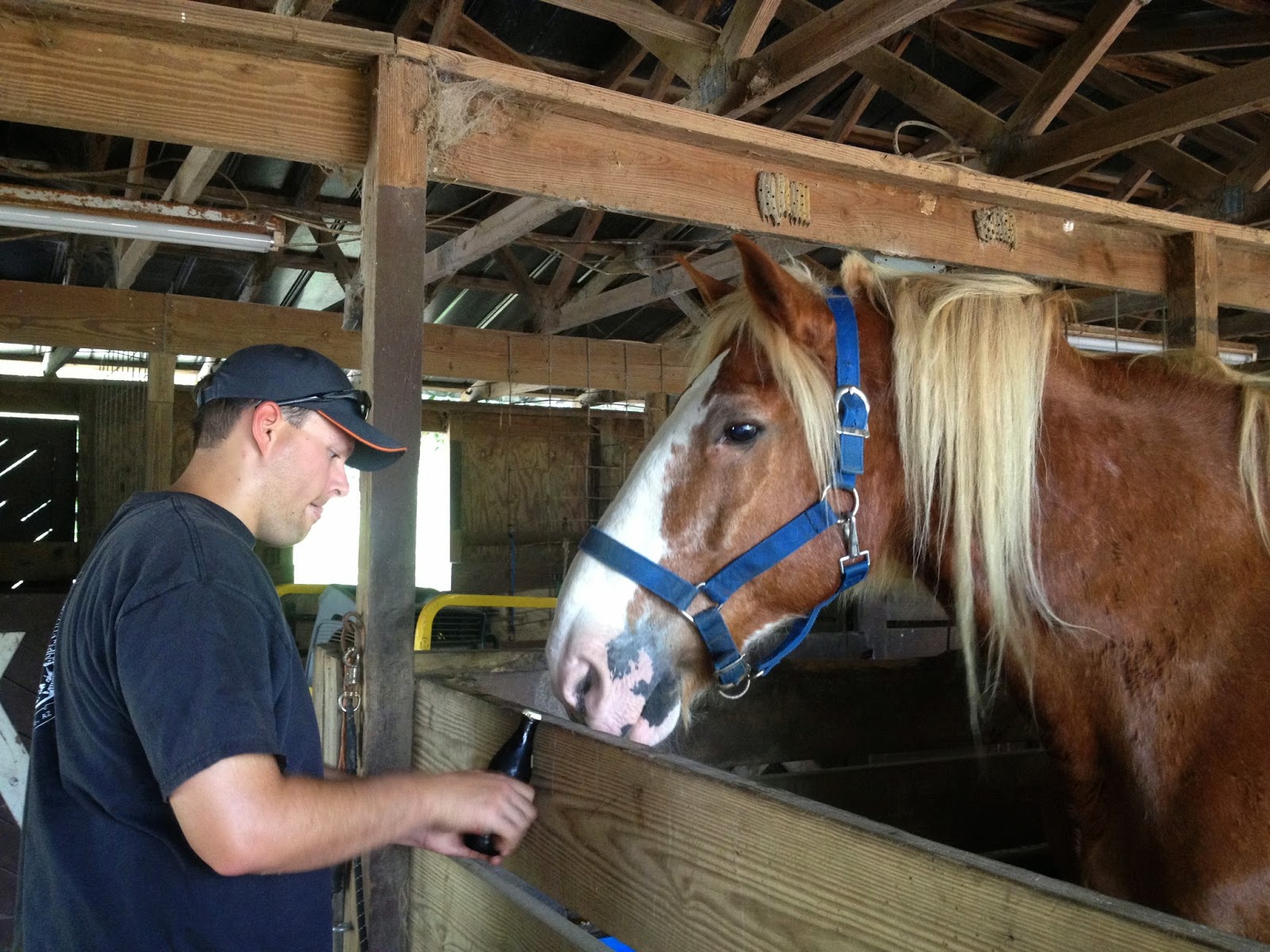 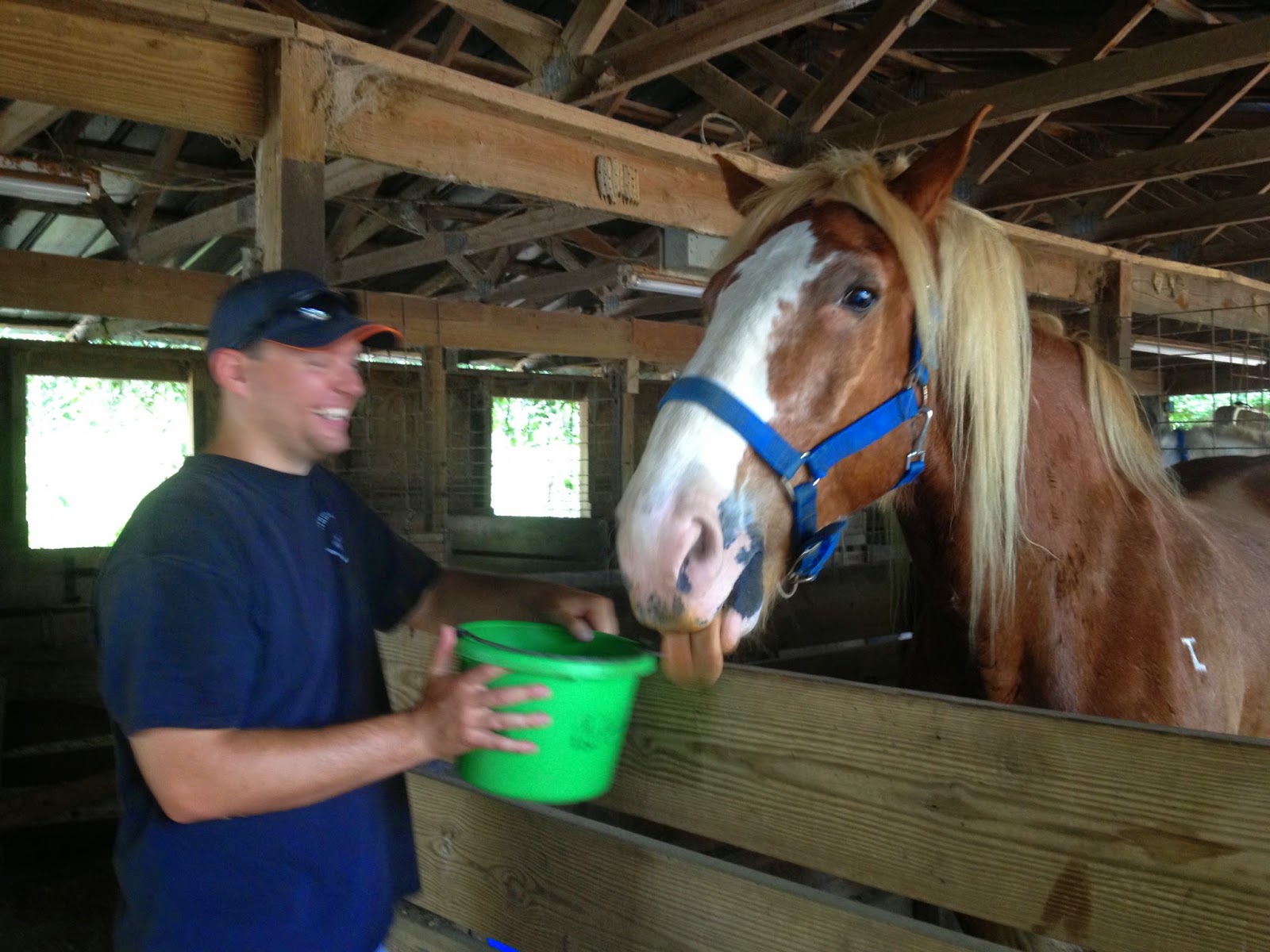 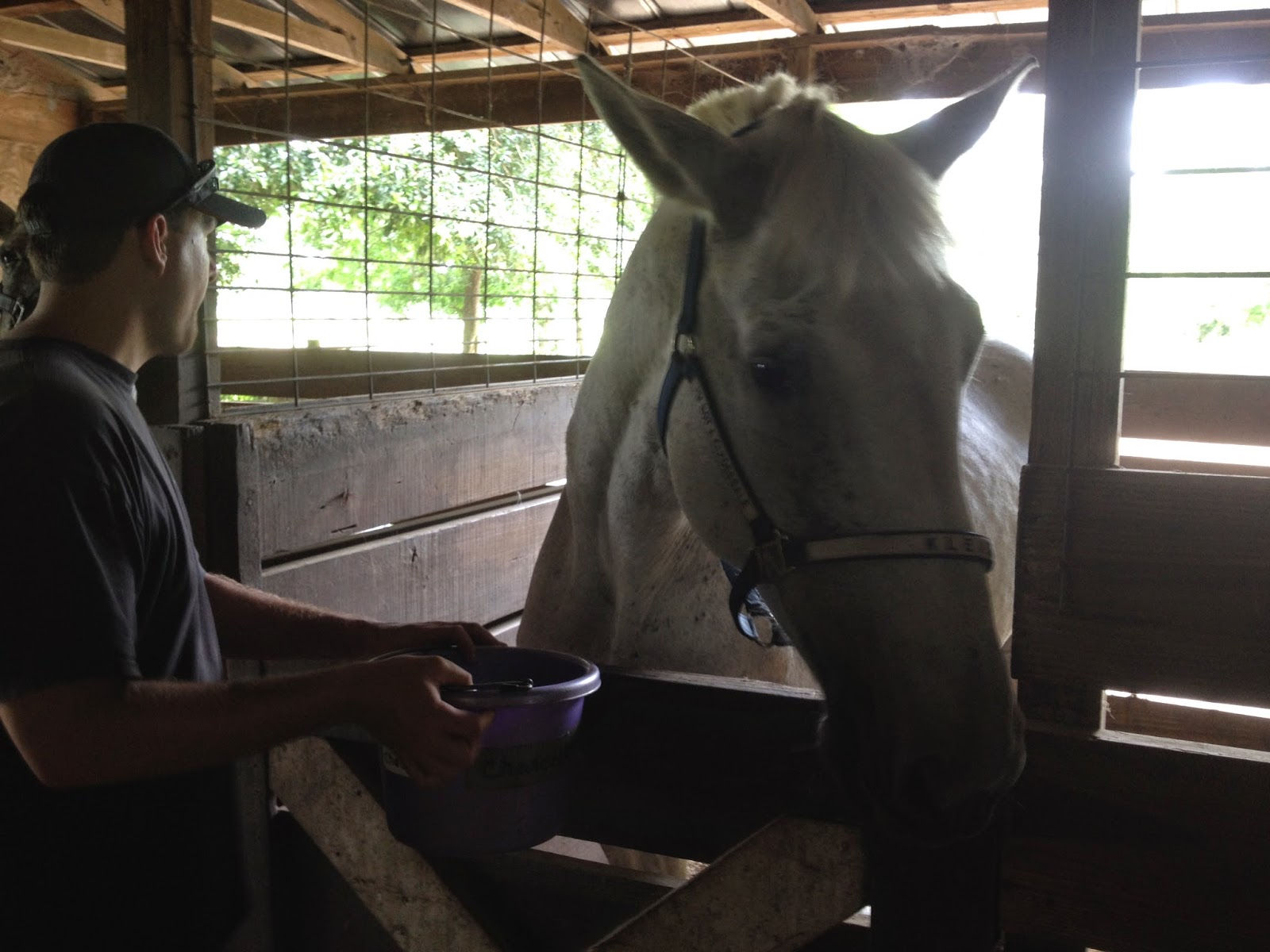 Birthday mare about to have her Guinness. 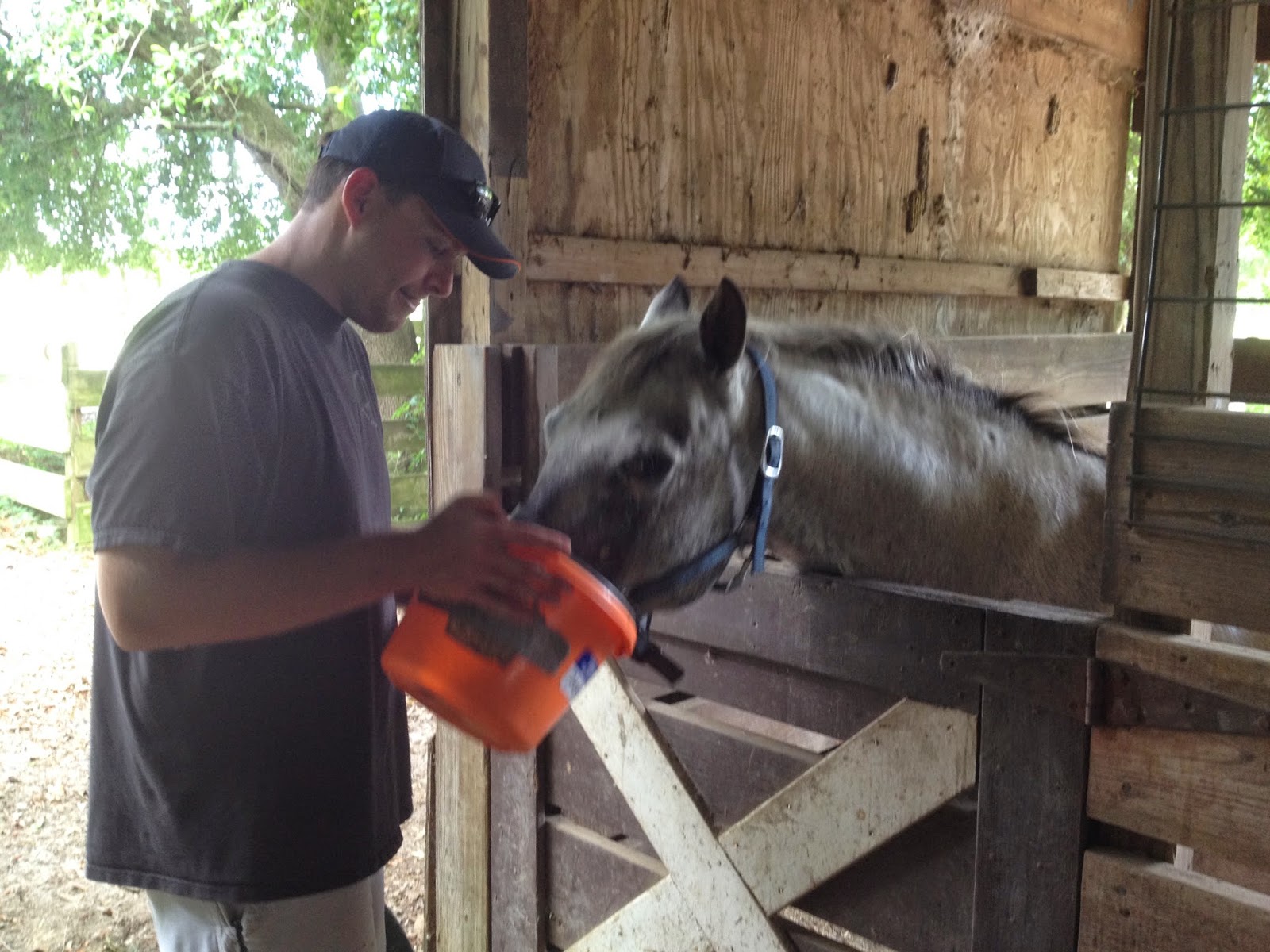 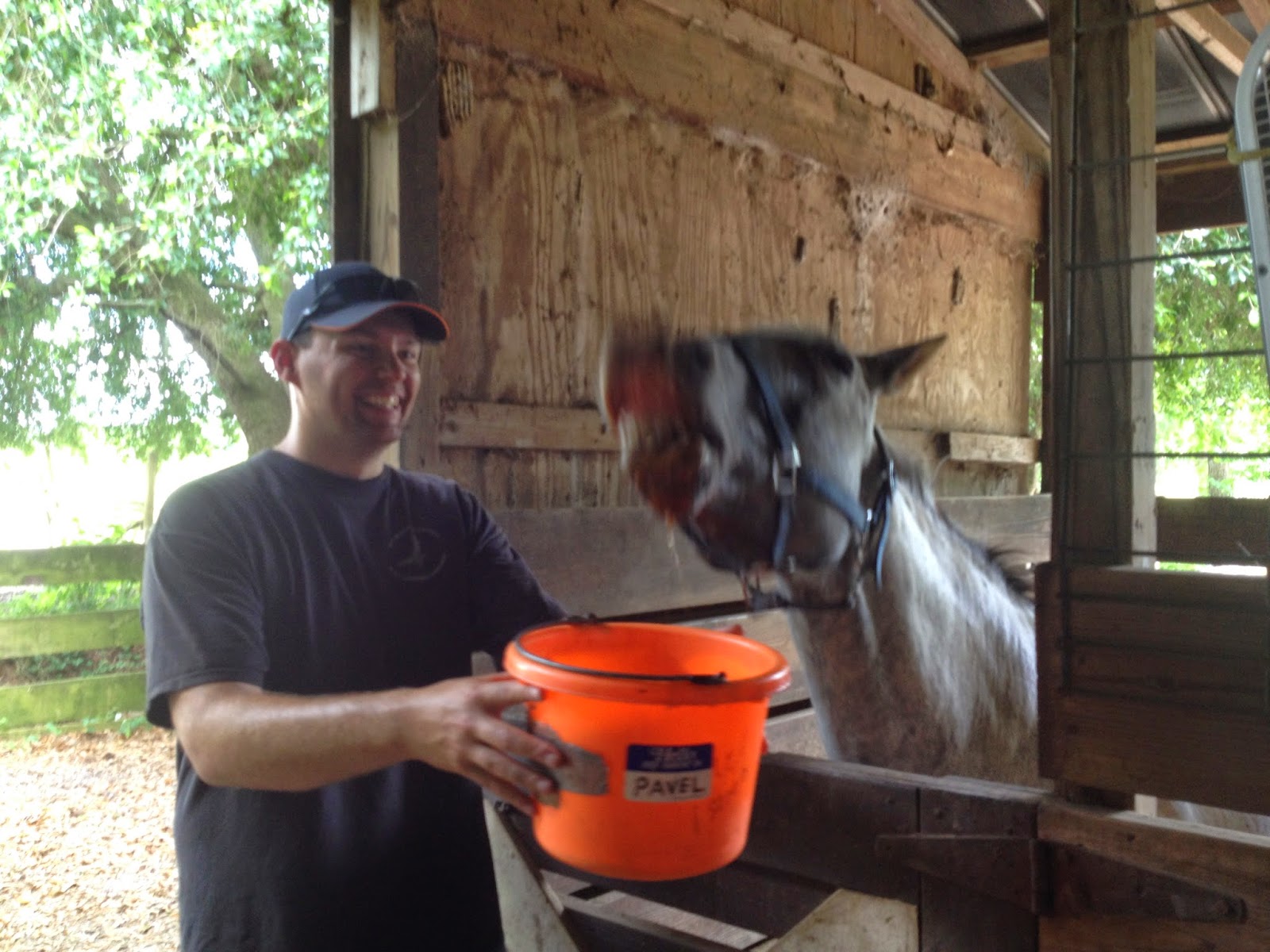 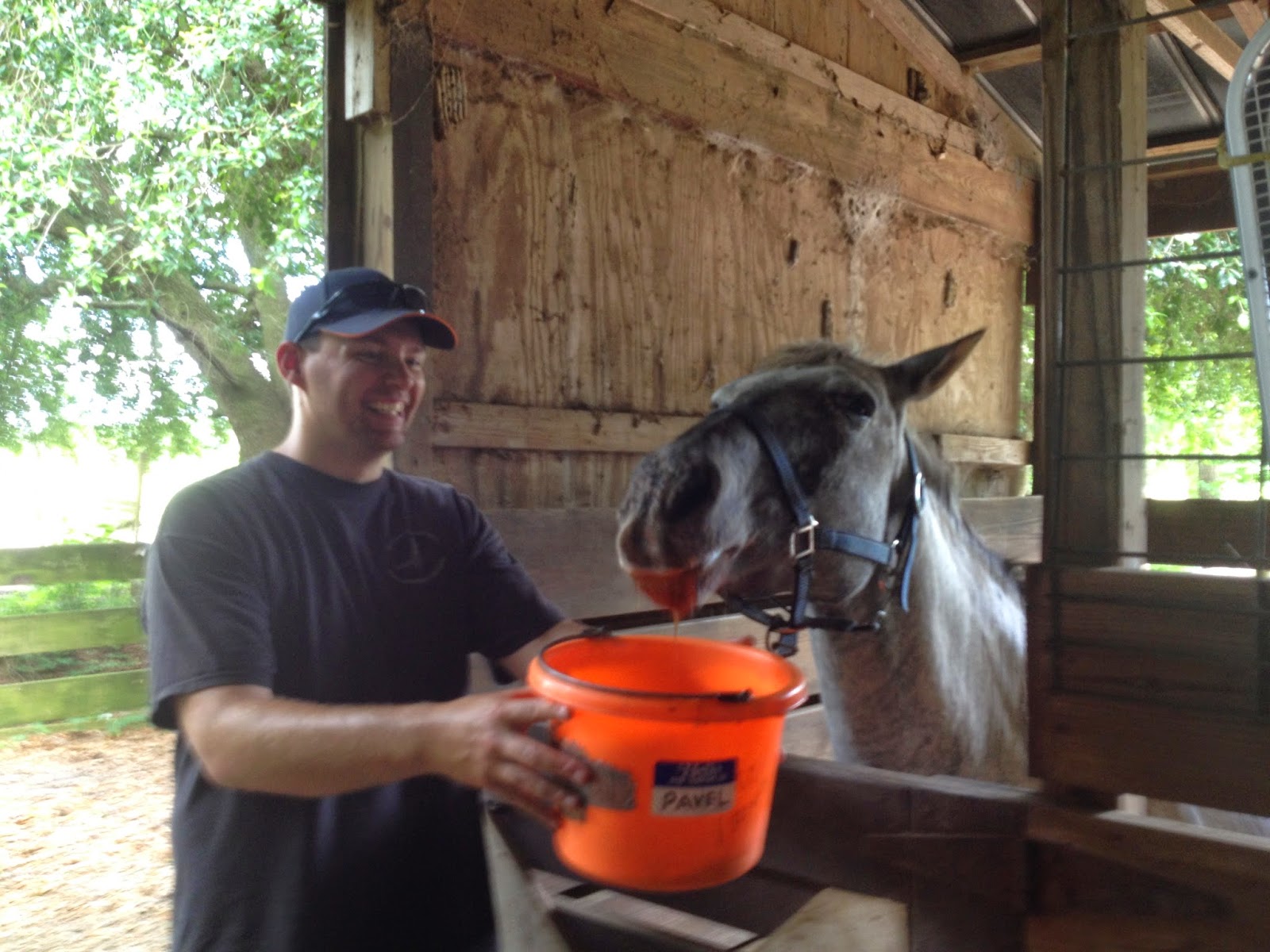 I think Moch could probably drink Klein and Wes under the table. 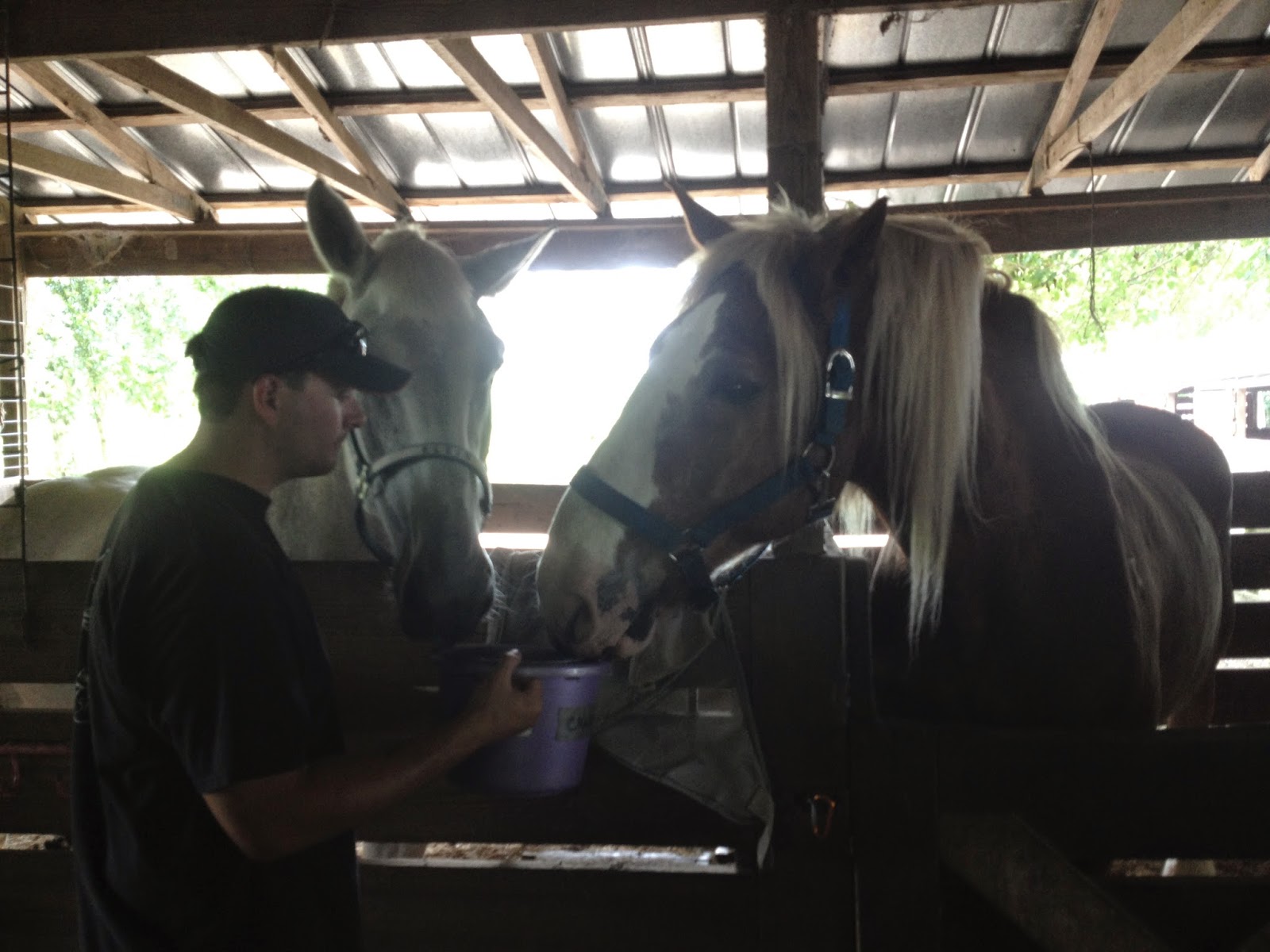 They all liked their Guinness, Moch the most.  After they had a drink with just the beer I put some grain in there to soak up the rest and they all cleaned their buckets.  Mochi was HILARIOUS, Wes was pretty funny too.  Wes would slurp his up, Moch just inhaled hers and made funny faces, Klein ate like a shark like she usually does.

Mochi's 11th birthday was on May 20th and since we're not sure when exactly Wes' birthday is we're just calling it sometime between May 20th and June 4th.  So this was a little celebration for the three of them :)
Posted by The Jumping Percheron at 10:32 PM