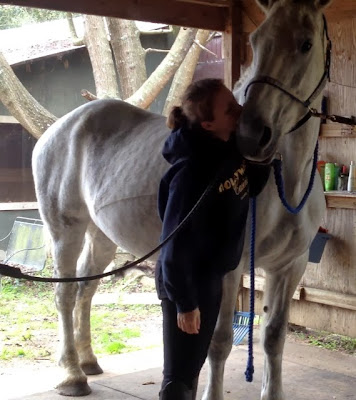 Both ponies have been on the lunge line lately.  Klein makes minor protests but Moch is usually mildly spicy.  She's pretty funny and I have a hard time not laughing at her.  She's not being bad, she's just playful.  Klein will usually toss her head and squeal.  Mochi will bounce around a little bit. 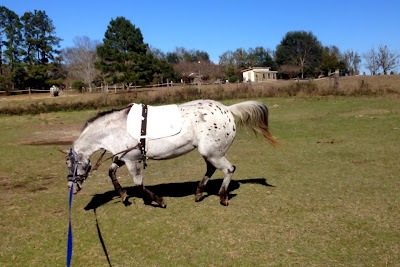 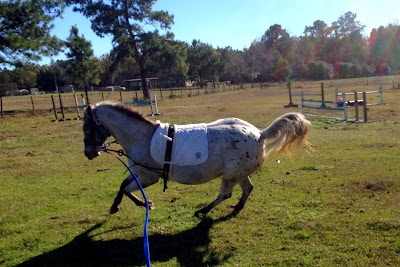 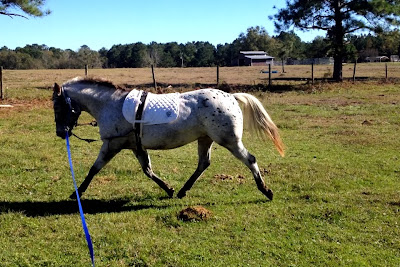 Then she gets it together. 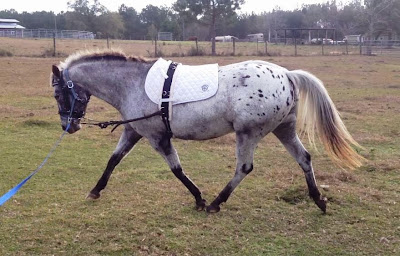 This picture was from later that week.  I warmed her up a little more and jumped her over a little coop and I think that helped get her to focus.  She got to get some energy out before she had to dial in and work. 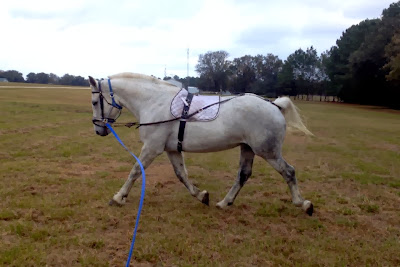 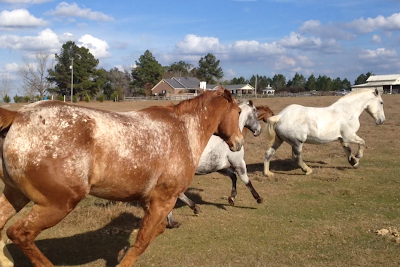 Pony playtime!  Nora is in the foreground and she's the boss.  She is making a face at The Odd Couple and they are making faces back at her.  They were all galloping around though, Nora didn't go after them. 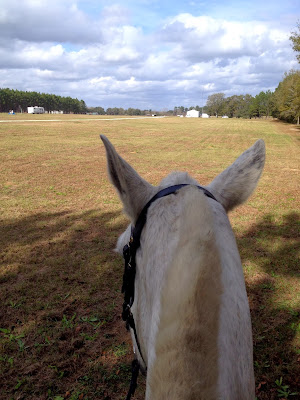 Out hacking on Klein mare.

Today I did some short gallops up a small hill after I warmed Klein up.  Then I set two fences on an L shape and we worked on landing on the lead of our choice.  Mainly it was if we came in on the right we'd leave on the left.  Easy work for Klein but good reinforcement of simple stuff. 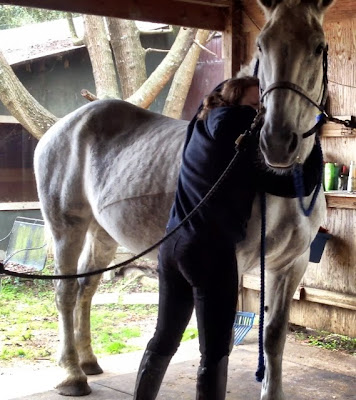 Hugging on my girl today.

Then I hacked Moch and was going to work on some basic stuff with her but she was so wound up it didn't really go like I planned.  Which is ok, we still had some small victories.  But, we did run into this dog across the street.  Every time we run into this dog it's like he can never figure out if he wants to play or if he's afraid of Moch.  Moch doesn't care, as you can see.

I hope you guys all had a great Christmas!