So, I haven't been as good as I expected about restarting this blog.  I'm going to give it a better effort this time.  It's just so disappointing to think about what I lost with the first blog. 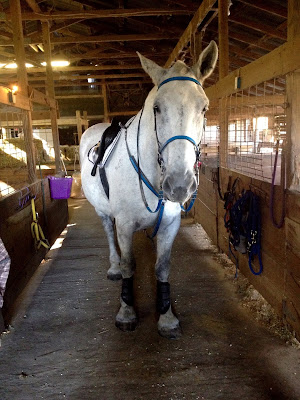 Things have been great and The Odd Couple have been doing well.

I was in school for most of August and all of September.  I got to spend another lovely seven weeks at the JAG School on Maxwell AFB, AL for another certification.  I'm glad that one is over!  Not only did I get my last certification I needed, I also completed my Paralegal degree while I was there. 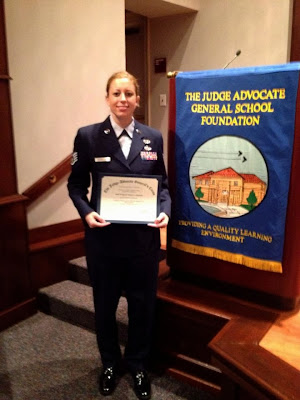 The timing was fine with that school because that's when it is the hottest and most humid around here.  I didn't feel bad about The Odd Couple just hanging out on a little break for a while.

I got back from school and two weeks later I had to be in Miami and the Keys for my brother's wedding.  Rough, I'm telling you. 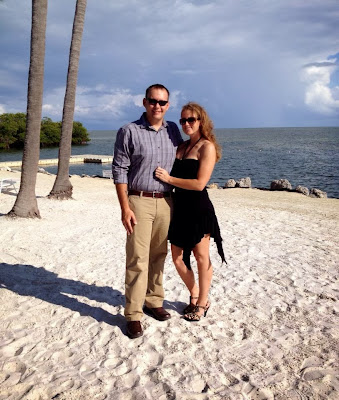 Me with my love.

I've pretty much just been easing them both back into work.  Long hacks, lunge line work, gymnastic lines.  Klein is jumping around nicely.  She's always such an easy tune up. 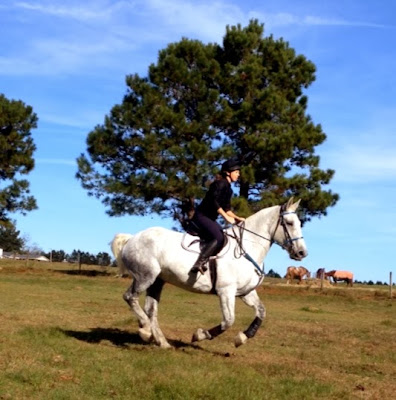 Klein happy to be out working.  She's looking at a gymnastic line in this pic. 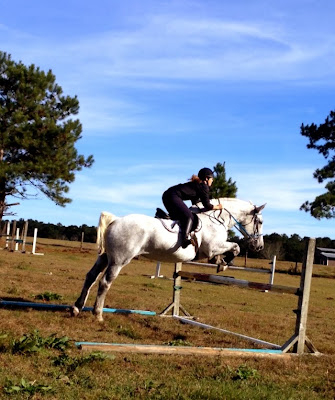 Klein at 3'3".  Her long takeoff is completely my fault.  We were having a little too much fun and came into this line a little too fast.  But, she still looks awesome!

Pony Crossfit officially starts for Moch in January.  Speaking of...there's still a lot of that going on for me.  Every morning. 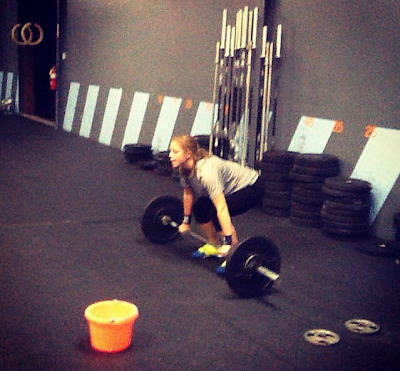 One day last month my boyfriend said we should just bring Moch home for the day to hang out.  I knew Moch would love that because she is just happy being included in the group.  We brought her home and she grazed in the backyard and hung out with some of the neighbors.  I had the idea that we should see if she would go in the house, so I took her in the house. 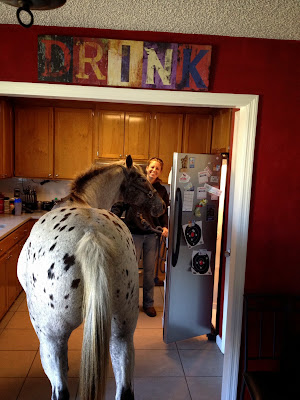 Moch in the kitchen, looking for beers. 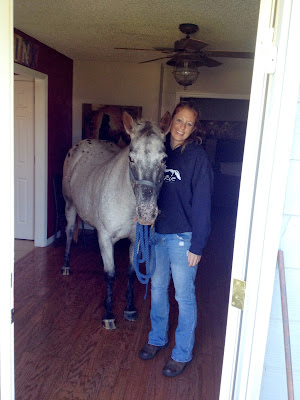 We took her for a walk and then took her to a friends' house and let her hangout in their yard with us for a while. 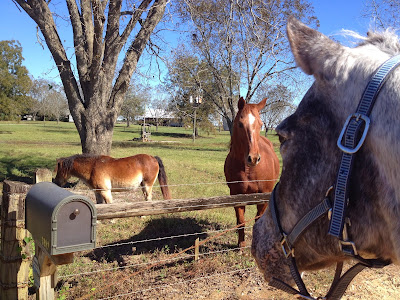 Moch making new friends on our walk.  The red gelding was completely in love with her. 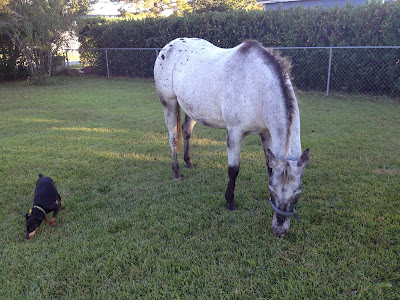 Moch hanging out with Brady in our friends' backyard.

We went to a friend's barn one week to hack with them.  We always have a good time with that group. 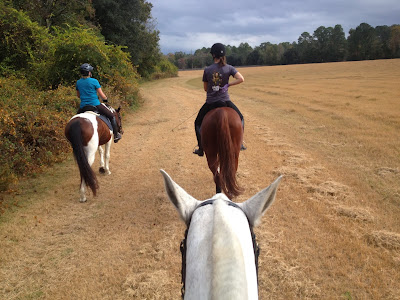 I did something I've never done with any horse too.  I roached Klein's mane!  One day I was about to thin it and I looked at it and wondered how I was going to fix it and make it look presentable.  She had been itching this summer and rubbed a spot of it into a mohawk.  I had to give her the same allergy shot she was getting in New Mexico during the summer too.  Thankfully it worked.  Looking at her mane, I just decided "f it, let's start over."  I grabbed some scissors and chopped it all off then finished it with the clippers.  My hope is that some beautiful, bright grey mane will be grown in by spring time.  I didn't really like it at first.  I must have apologized to her 20 times.  But now that it's started to grow out into a tiny mohawk, it's not so bad. 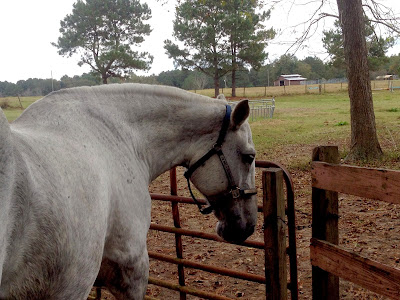 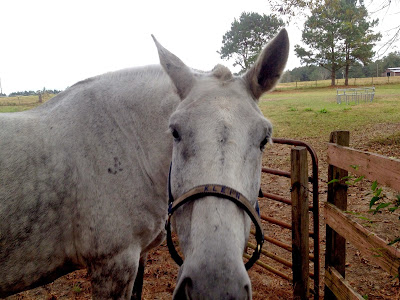 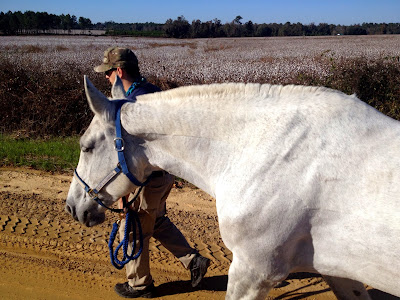 See, it's not looking too bad.

Both ponies got haircuts, surprisingly my boyfriend WANTED to clip them both and asked if he could.  All I did was put the lines on them.  He did a great job! 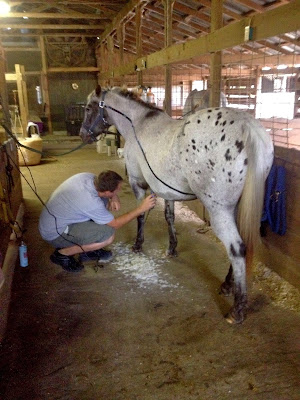 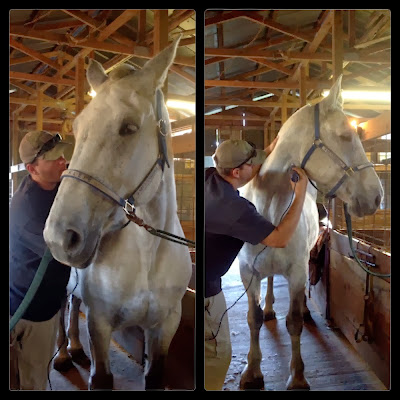 Klein's face in the first pic cracks me up!  She is such a princess sometimes!

Posted by The Jumping Percheron at 6:38 PM