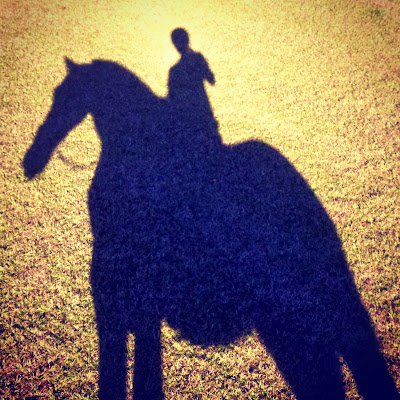 Forgetting the world on my Heart Horse this afternoon.

It's been a stressful week.  Of course my ponies always make life better though.  This afternoon a hack and some dressage work on Klein was much needed.  While we were wandering along in the pecan orchard I started thinking about how thankful I am to still be somewhere that it doesn't snow. 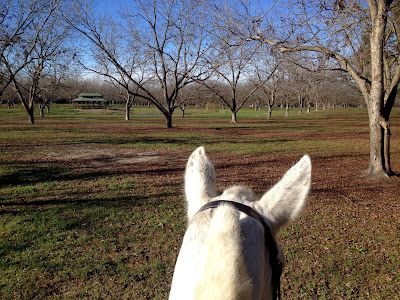 It was 68 degrees today and I was riding in a t-shirt.  There's still green grass and a lot of trees that still have leaves here, and it's almost January.  The Odd Couple really don't have winter coats either.  What horse owner wouldn't be happy for that?  Georgia winter is pretty awesome.  The ground isn't frozen, there's no snow to turn to slush and then mud so your riding schedule remains largely uninterrupted during winter.

Lately I've been getting lost in my own thoughts about Wes' arrival here.  Today in this beautiful weather I stood and stared at the pasture that Wes will come home to.  I still can't believe it's real.  I could just see him standing out there, relaxing and just being a horse. 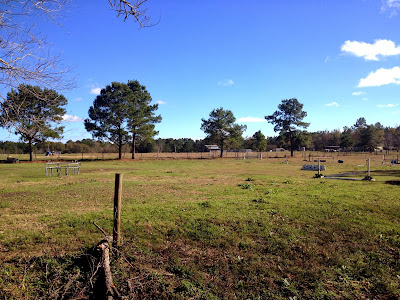 A friend told me today that I'm more excited for Wes to come home than a pregnant lady.  I told her, well I've been waiting for eight years for him, a pregnant lady has to wait nine months.

I lunged Mochi yesterday.  She was pretty spicy.  Her mind works faster than any horse I have ever known.  Can horses have ADHD?  She's only like that when she's working though.  The rest of the time she's super quiet and stands like a statue.

Klein mare was happy to be out working as usual.  We hacked around through the pecan orchard then went to work on some dressage.  We worked on sitting trot and some transitions, then lateral work.  She gets so easily frustrated with lateral stuff.  I have to give her small breaks when we work on lateral stuff (i.e. leg yield, turn on the forehand, turn on the haunches, etc...).  She's always been like that, so I've just learned ways to deal with her frustrations.  Usually we'll either stop and stand there on a loose rein for a minute and I'll rub her neck and tell her she's being a good pony or we'll go on a short loose rein walk then we'll get back to it.  I make sure to give her extra praise so she knows that even though it's frustrating to her she's still doing things correctly.  Everyone has something that isn't their favorite thing in the world to do. 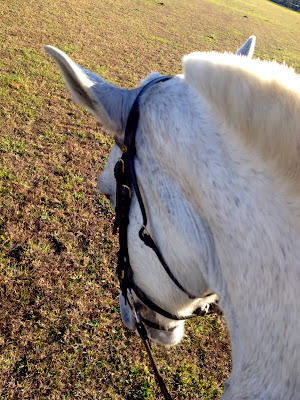 After I got her to give me just a little more concentration and less protest we ended and walked home on a loose rein.

Klein has never been the Alpha, and she still isn't.  Lately I've noticed someone has been bossing her around and using force. 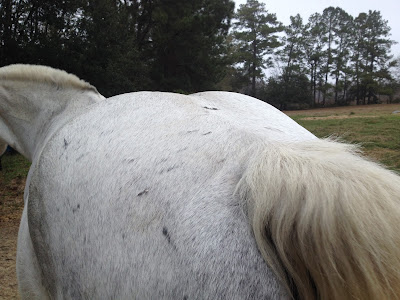 None of them are chunks taken out of her, still though...to me, this is kind of like finding dents in your car.  Klein's not a piece of equipment but I still would like to keep her unblemished if I can.  The only time she'll be aggressive is if another horse starts a fight and keeps coming after her.  Other than that she usually gets told what her role is.  *Sigh* Wes is the SAME way.  I've actually never seen Wes stand up for himself, ever.  I've never even seen him put his ears back.  Dogs have come out after Wes and I too and I've never seen him try and kick one either. 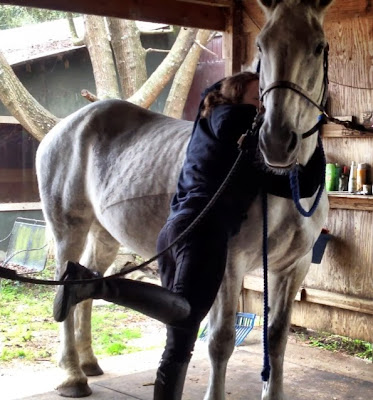