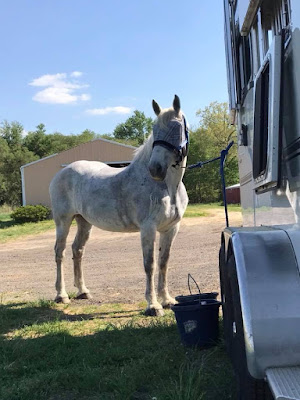 Looking and feeling as great as ever.


Now that the weather has somewhat stabilized, it is time to bring my heavy hitter out.  The past couple weeks have mostly consisted of hacks and stretchy flat work with some cavaletti, and lateral work.  I did a small jump school with some bounces, a vertical, and an oxer.  Klein was perfect.  She feels amazing. 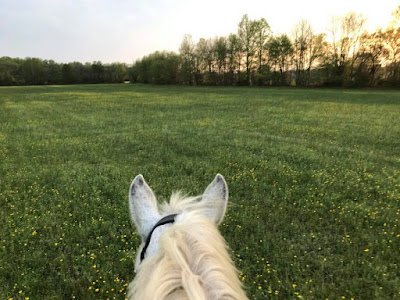 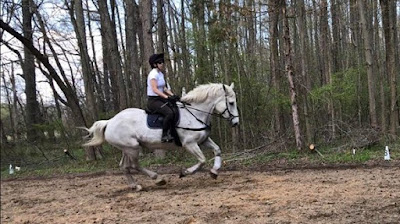 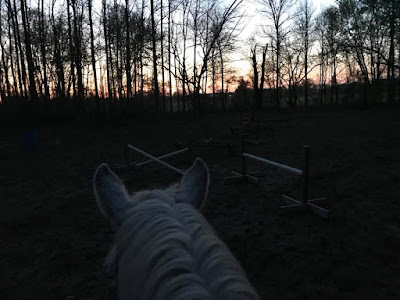 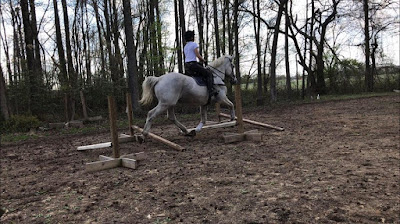 Last week I added shoulder-in, haunches in, turning on a square, collected trot, and lengthenings back in.  Klein never skips a beat.  Even though her work load lightened up for a few months it's like that never happened.  She has been super soft, and responsive. 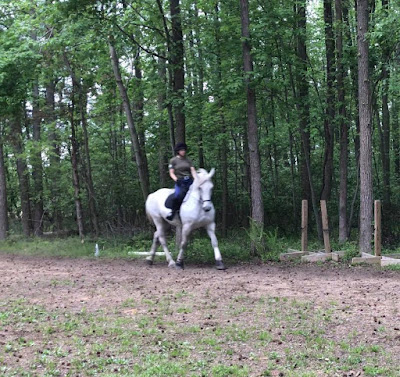 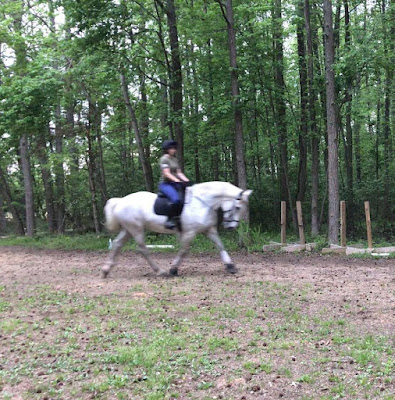 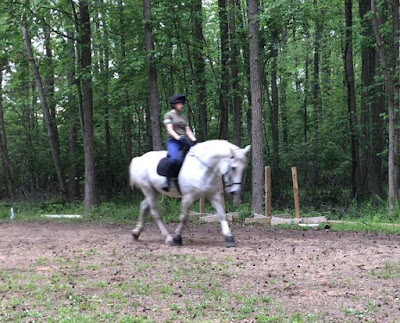 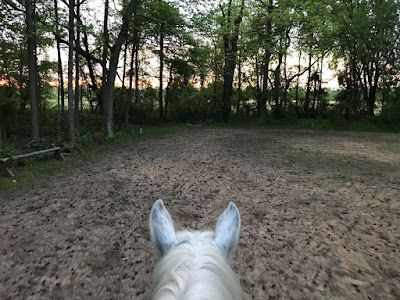 I would like to finally show some second level dressage with her this year.  I have said that for a while and it hasn't happened mostly because I couldn't pull myself away from eventing and CT's to concentrate on it long enough.  Well, we won the Prelim and Training CT divisions last year, and eventing is a big disappointment right now so, it's time for a different adventure with Klein this year.  She makes dressage fun these days, probably because we are both A LOT more educated about it than we ever have been.


The other evening we schooled some second level movements and she nailed them.  Counter canter, 10m canter circles, serpentines of simple changes, canter/walk transitions, etc...


There is a schooling show in a couple of weeks that I'm planning to ride some first level tests at with her.  We are going to have some dressage lessons coming up too and then we'll hit the second level tests at some shows.
Posted by The Jumping Percheron at 9:57 PM