What do You do With Your Horses When You Get Back?

I told you about what typically happens when I go on trips for work that can vary in length.  Now that I'm home from my most recent five week trip, here is what I do when I get home.

First order of business, go say hi to my babies.  I got home at night and went outside to see them.  I called their names as I walked up.  They stopped eating their hay and their heads shot up.  They flipped around toward the sound of my voice with their ears pricked like "Is she home?!"  All three of them immediately came over for some love and hugs. 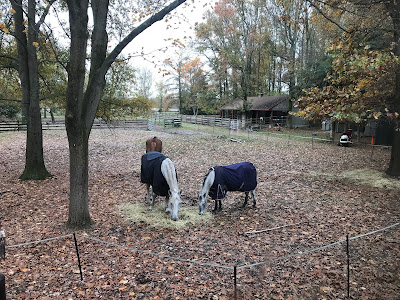 Sure did miss waking up to this sight, and no, they don't stay in that temporary paddock all the time.  That is only a couple days a week, and only when we are home.  So don't worry about all the leaves, they're gone now too.

The next day every one got groomed.  Klein and Wes got their legs and face clipped, along with bridle paths.  I keep the feather off of them, and I cannot stand when the hair under their jaw line grows out (especially with winter coats half way in).  Mochs really doesn't get a beard going on, and she definitely doesn't have feather.  She just needed a bridle path. 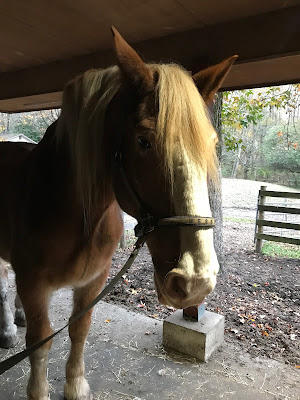 The Handsome after enjoying some grooming time complete with treats. 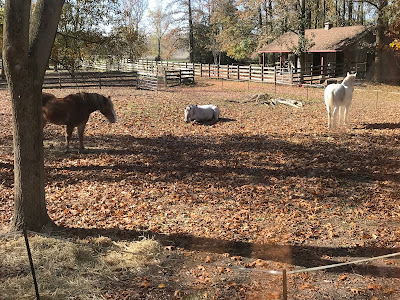 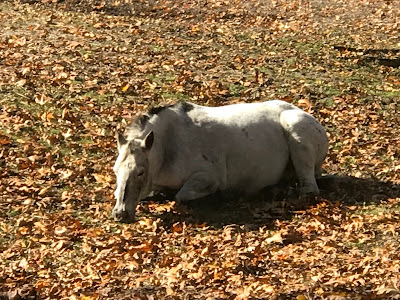 Something about colder weather puts Mochs down for afternoon naps.  She will start falling asleep in the sun, then lay down for a while to nap.  She never lays down to nap in warm weather.

The girls both went back to work.  As soon as I tied Klein to the trailer to tack her up she let out a big sigh then pricked her ears with every piece of tack I brought to her.  She was happy that her break was over.  That is her equivalent of "Yes!  We're going somewhere and doing something!"  I took her out for a hack down the road. 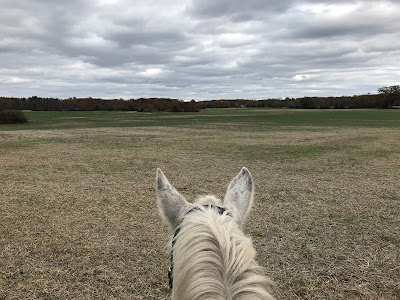 She hasn't done anything for five weeks.  While she would love to take off at a full gallop, that's not going to happen until she gets rides with long walks, trots, and slow canters.  I gradually bring her back into work after weeks of doing nothing for the sake of being preventative.  If I was only gone a week or two, no big deal. 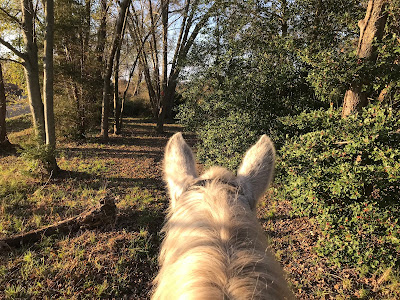 Mochs, well, you know she hasn't done anything since Klein kicked her at the end of July.  The Other Half sent me videos of her tearing around the pasture, leaping in the air, and breaking into a floaty trot on a regular basis while I was gone.  She looked great.  With her though, not only is she not even close to the fitness level Klein is at, I need to make sure she is actually feeling 100%.  The plan for her is long walks for the first couple weeks with some time on the lunge line walking and, trotting a little bit over some ground rails.  She has to build some strength back up. 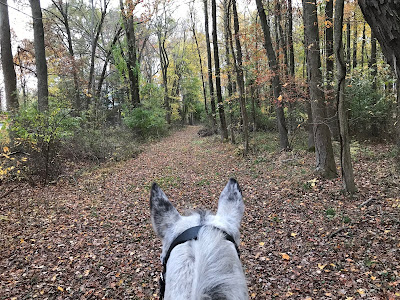 With Mochs, she usually reverts back to being somewhat undomesticated after long breaks.  Her anxiety is present and there is a lot of jigging, power walking, and evading the bit the first couple of weeks back under saddle.  She was the best she has EVER been this summer and I was hoping that her new calm would still be there at least a little bit.  Even a little of it would be an improvement.

I'm happy to say that more than a little bit of that calm was still there.  Her first ride I could let her wander on a completely loose rein. 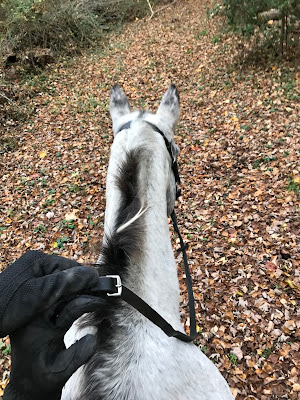 In case you can't tell, I was holding my other glove.  I took it off to take the picture, that's why it looks odd.

I did trot her a tiny bit to see how she felt and there was some intermittent lameness, not from her hip, but from her right front where the navicular cyst is.  I highly suspect it's a strength issue.  She was going great this summer and completely sound.  That was after doing exactly what I plan to do now though, long walks under saddle, with work on the lunge line.  It took about two months, and that's fine.  There is no rush with spring not being for a while. 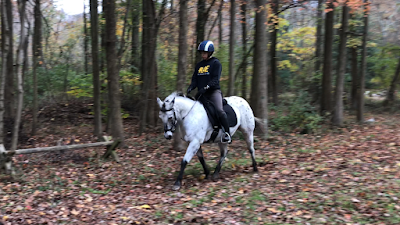 Remember that drag I told you about that The Other Half bought right after I left?  Yeah...that thing is AMAZING. 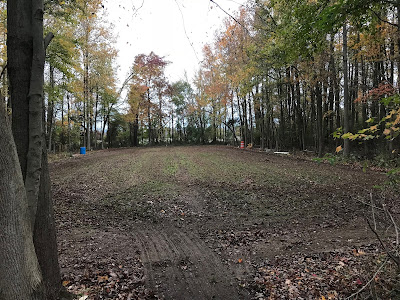 I also came back to an AWESOME surprise.  The Other Half cleaned up my storage stall where we keep feed, blankets, the water heater, grooming stuff, etc...  It was a bit, um, unorganized.  He also bought me a Kobalt tool box for my grooming stuff and other supplies I keep in there after getting tired of the cheap set of plastic drawers I had.  That thing is PERFECT for that!!  It will last forever, and it can easily be rolled onto a trailer if I want to take it with me somewhere.  He seriously should write a book on all the stuff he does around here, and all the ideas he comes up with. 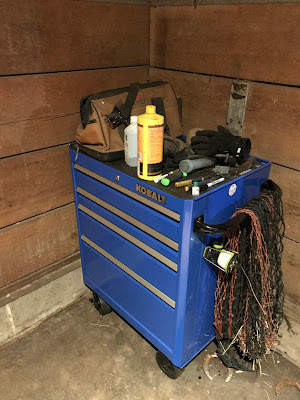 Christmas is coming, people.  Put one of these on your list if you don't have something similar.

He also got these really nice letters for each of the horse's names to hang over their blanket racks. I'm so happy to be home.  Sadly, it is reverse for a lot of people that are on these trips.  They use them as an escape from an unhappy home life.  I'm one of the lucky few that has a home life that is much better than my work trip life.  As cliche as it sounds, The Other Half really does make everything more fun.  Every time I'm gone, no matter how many cool places I go, I just wish he was there because it would be much more enjoyable with him.

And of course, all those sunsets on different beaches every evening were beautiful, but really...this is the best place to be for sunsets... 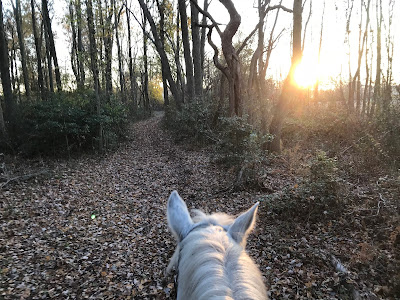 Posted by The Jumping Percheron at 9:48 PM