Yesterday I took Mochi to the beach.  It was her first time, but I knew she'd take it in stride like anything else we do.  She is such a brave little horse. 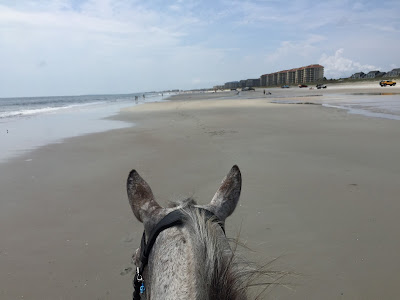 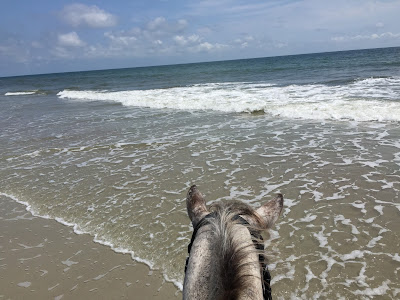 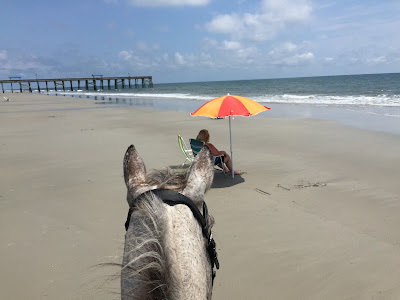 None of this crap bothered her.  People had all their typical things they bring to the beach:  umbrellas, crazy colored chairs, canopy tents, inflatable rafts, boogie boards, other random inflatable things, kites, etc...  Mochs would take note but there was no spooking.  She was kind of like "huh...doesn't appear to want to eat a pony, proceed."

We walked along the edge of the water for a little while.  That way she could get used to it and the extent of what the waves do.  Then I got her in the water a little bit.  She was fine once she was in the water, but as the new waves rolled in she wasn't too sure of what was going on.  Eventually she was fine with that too though. 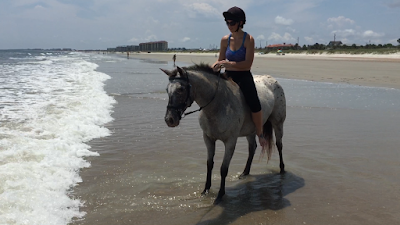 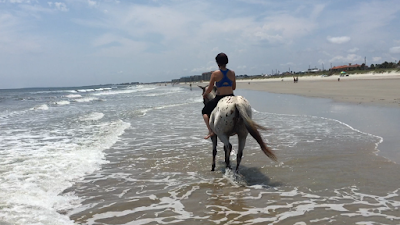 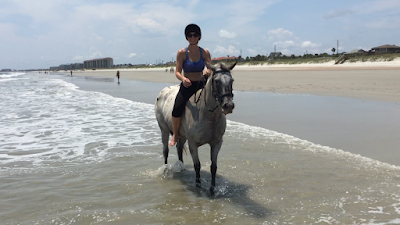 Not too concerned with the waves anymore.  She was kind of like ok, ok I get it.  Whatever. 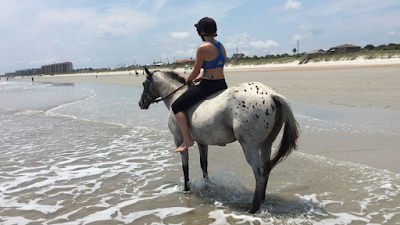 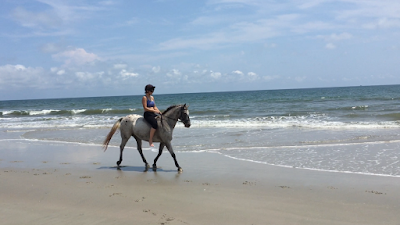 The first tide pool she went through was pretty funny.  She took a look at it, went to cross it and once she was in it she was kind of surprised, you could tell she had no idea what to expect.  I think she was just confused by the ripples in the sand and glittery appearance.  She never thought about not crossing it, she just wasn't sure what it was. 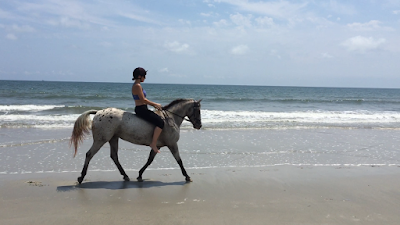 And of course, cantering along the ocean is mandatory.  I would have galloped her but she was still keeping an eye on the water rolling in so I wanted her to go at her pace and be comfortable. 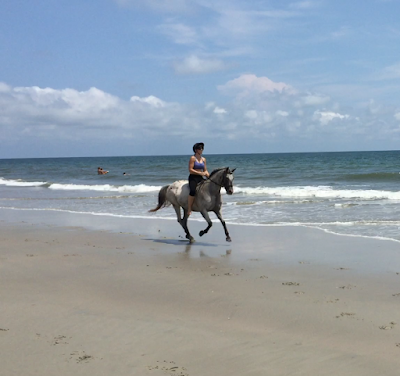 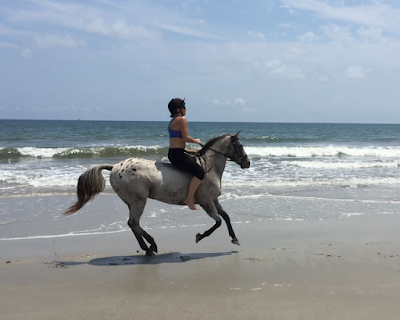 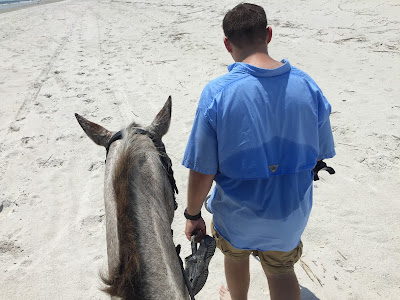 Mochs was super interested in what the Other Half was doing with the metal detector. 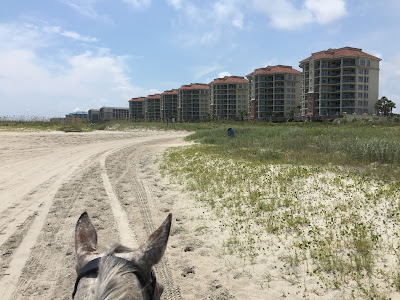 
After our ride we went back to the trailer and sponged Mochi off, let her rest in the shade for a little bit, gave her some treats, ate some of our snacks then went back out just for a walk. 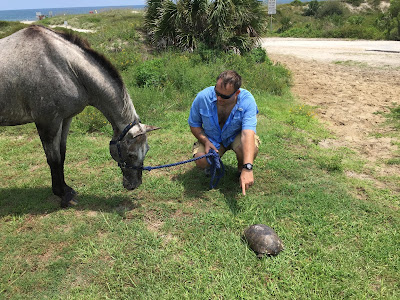 The Other Half showing Mochs a tortoise. 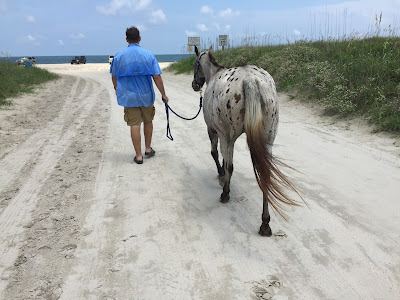 Walking back onto the beach. 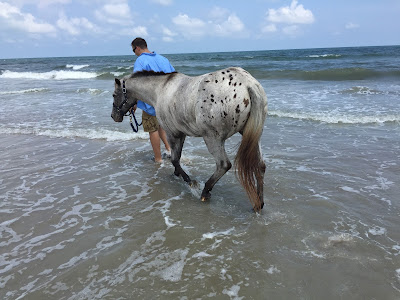 By this point, Mochs was not impressed with the ocean anymore. 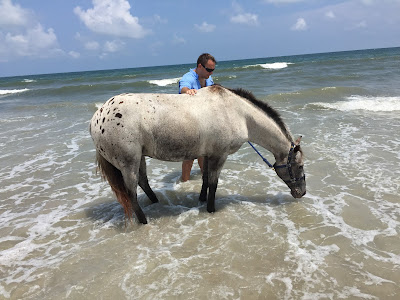 ...until she found out that the ocean tastes like a giant mineral block.  She had a tiny sip before I was like ok, done.  Klein LOVES to try to drink the ocean.  I feel bad telling them not to drink but, um yeah, not the ocean.

We had a great time, Mochs did awesome.  It was a character building and bonding day for her.  I wanted to take her by herself.  Just another opportunity for her to learn to rely on me.  She is a very trusting little mare, this just reinforces that.  I took her to yet another new (and strange) place and nothing bad happened to her.  Here's some video from our time yesterday:

This morning when I got to the barn Mochs whinnied to me before I even started walking toward the pasture.  I went over to her to say hi and when I went to walk away she followed me along the fence.  I think she's already looking forward to the next adventure.
Posted by The Jumping Percheron at 5:17 PM