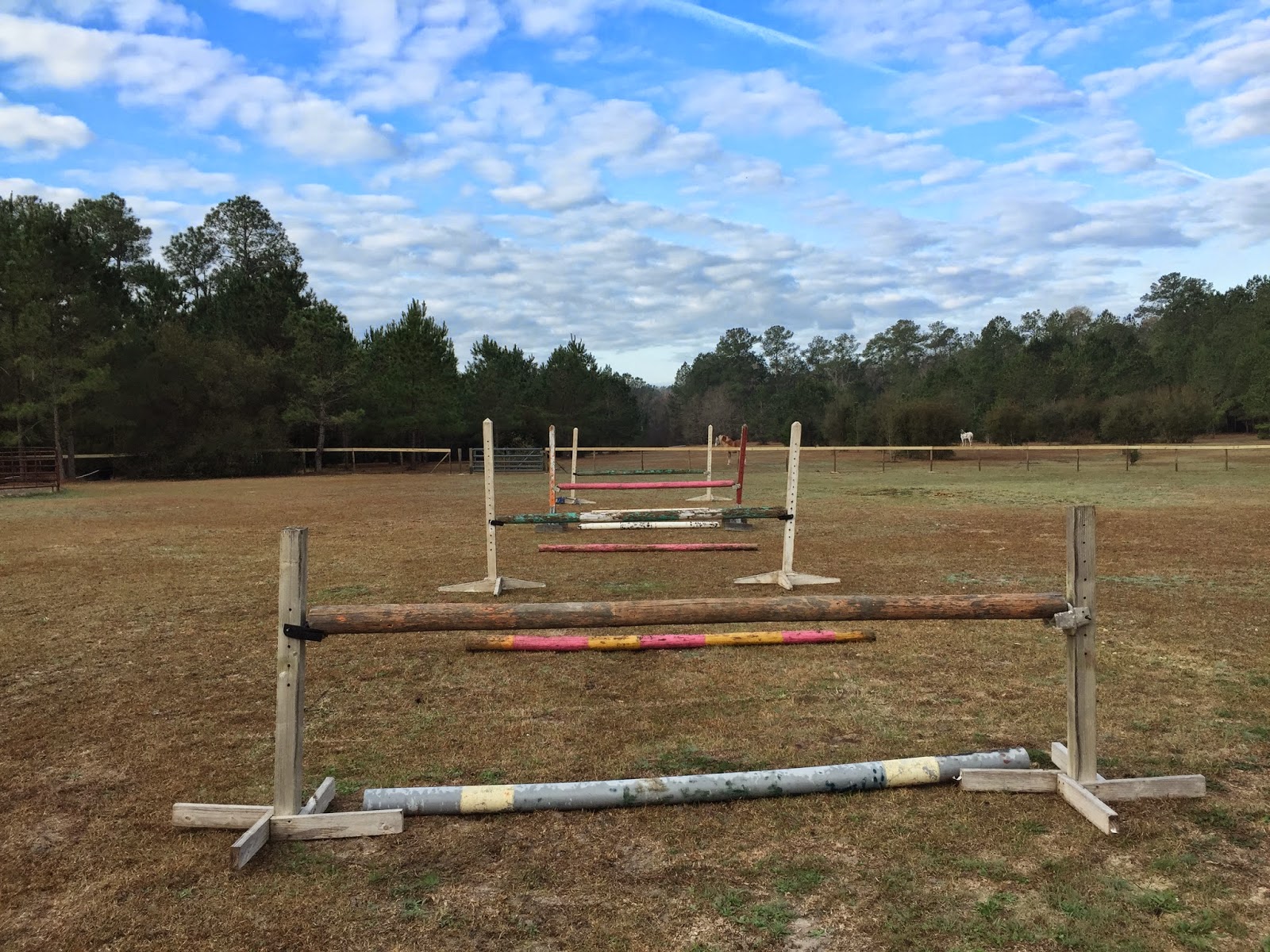 Line of four one strides.  Crazy, I took this pic Monday before I went out of town, I got back Thursday and it's all green now.

Klein and I have kind of gotten off track with our gymnastics.  They are such a valuable training tool and they helped Klein immensely when she was younger and just learning to jump.  We used to work through some kind of gymnastic atleast once every other week but I realized recently it's been about two months since the last time.

Monday I had to leave for an out of state work trip, but not before I got a ride in.  I decided we should get back on track with gymnastics and set up a line of four small one strides for Klein. 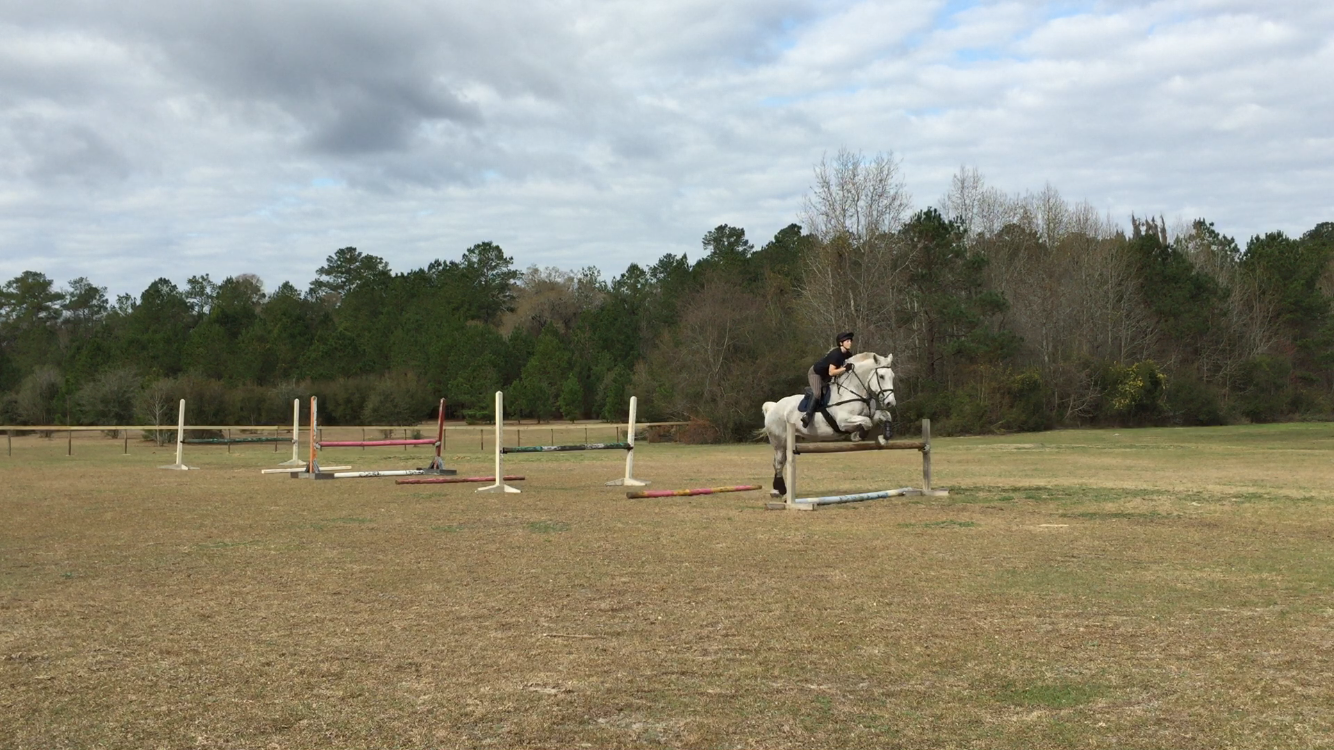 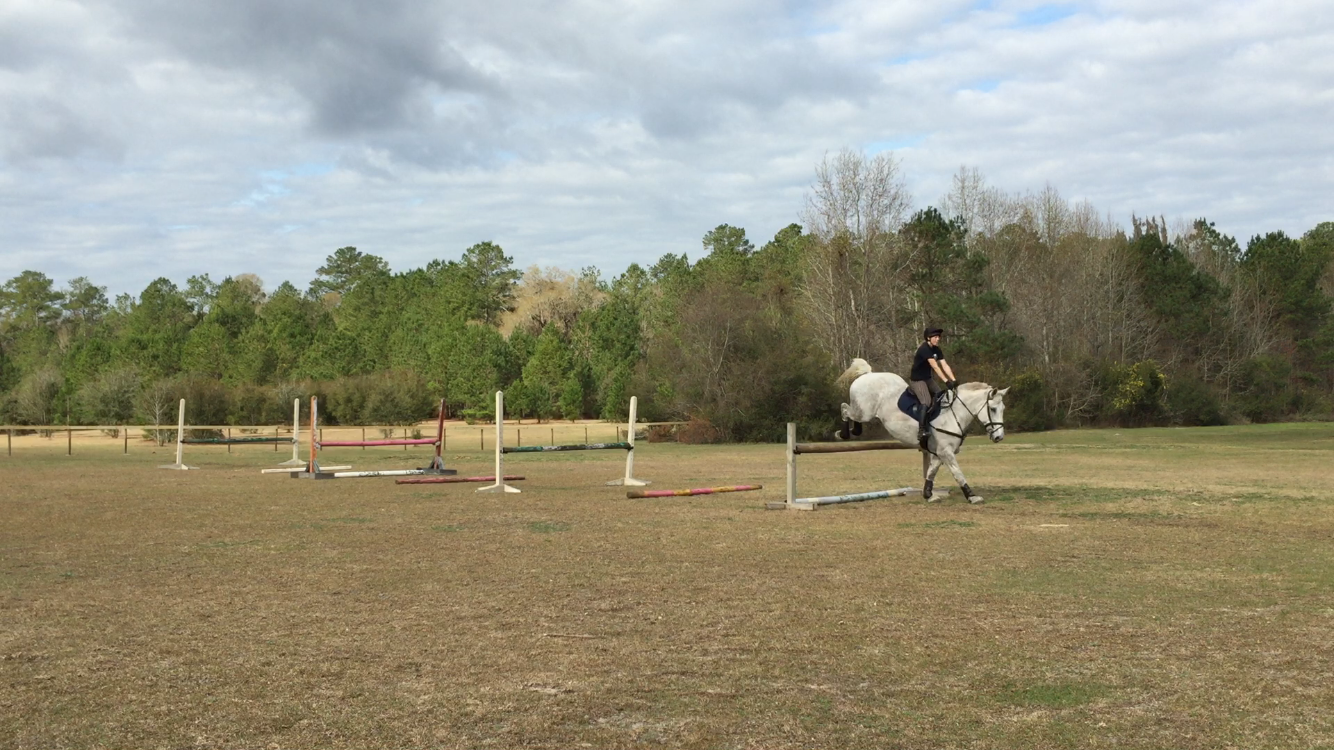 She was awesome.  She ate them up.  She was a handful from the first minute I asked her to trot while we were warming up so I knew what I was in for.  We also worked on adjusting our stride between two ground rails during our warm up.  It took me a little while to get her to bring it down a level.  She just wanted to GO. 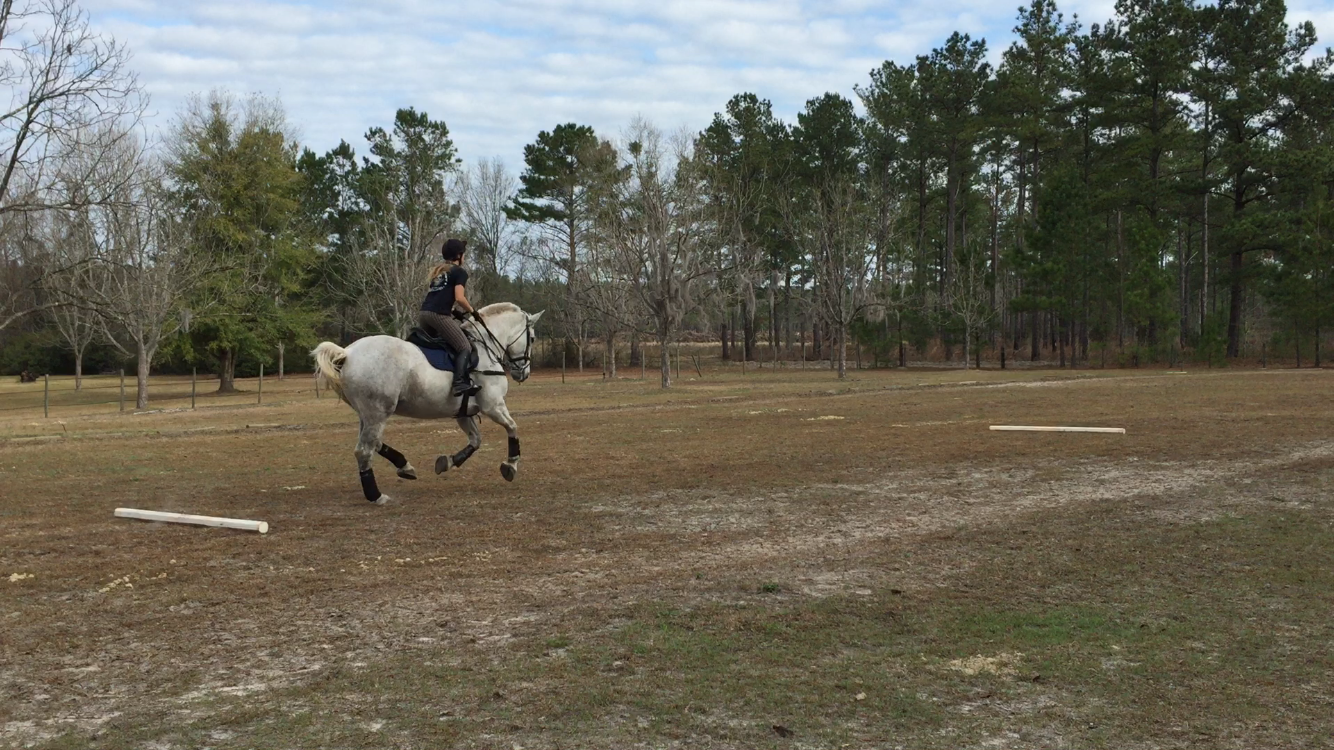 Once I got her to where she was listening a little better we started to work through our one stride line.  First I jumped one of the verticals in the line on an angle to warm her up over a fence.  That little stutter step issue we were having lately?  Gone.  Every time I approached a fence during that ride I could hear Carlo in my head saying "GO-ING."  He told me more than a few times during our lesson "You need to keep her GOING."  Then we'd canter past him on approach to a fence and he'd say "GO-ING!"  There was not one OUNCE of hesitation in my Klein mare.  Carlo was right, that's where she needs to be for jumping, grabbing onto the bit a little bit and GO-ING.

Remember one of my issues was that I know I don't keep enough leg on with her sometimes?  I do now, and I can totally feel her click into place as soon as I put it on.  That's what she needs.  There was one approach to the line where I realized I didn't have my leg on as much as I should and when I applied leg I felt her kind of fall into place.

Some video of that line:


Time to raise the jumps up and do some real work. 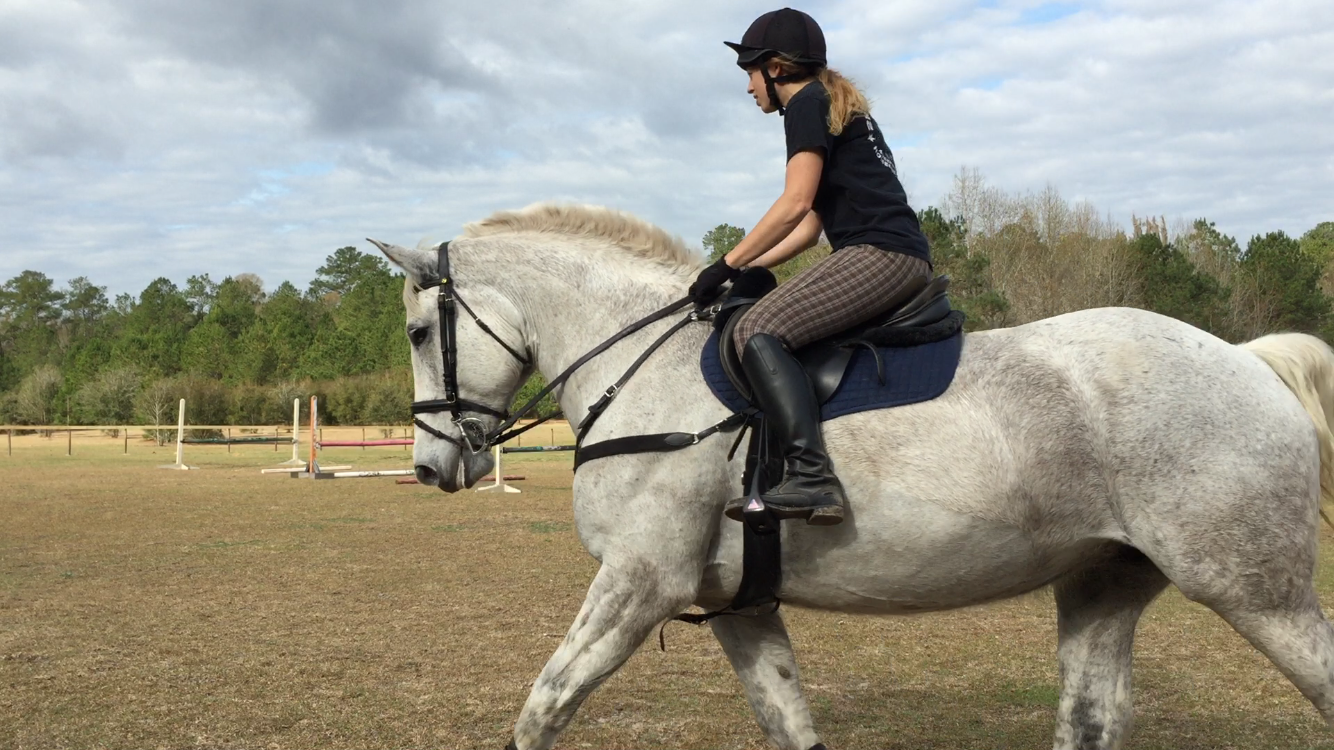 Here is a mare that is happy and enjoying herself.
Posted by The Jumping Percheron at 10:17 AM