I'm glad you guys enjoyed the slo-mo video.  The Other Half said he'll take some more.  I really need to get a tripod attachment for my 6 too.  That will help for the times he is not out there with me.

First check this out, someone on a FB draft group actually has a picture of Klein's great-grand sire Lo Lynd Joe Laet: 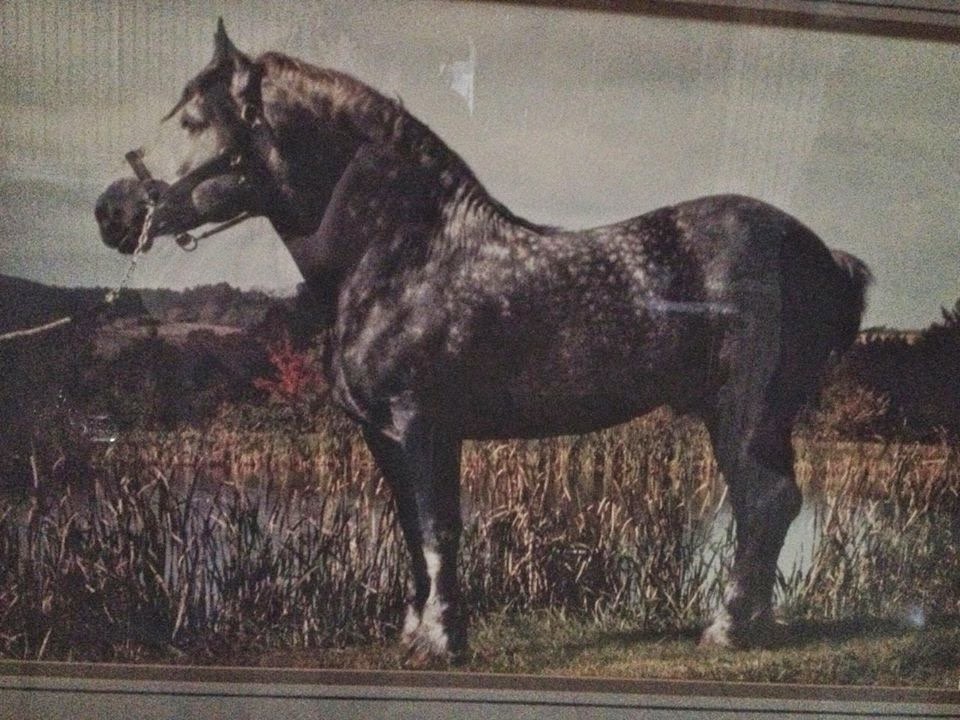 This week we did more dressage work, gallop work, and jump schooling.

For our dressage work we spent some time focusing on counter canter and lengthenings.  Specifically for myself I worked on consistent driving aids.

I was reading something from Jane Savoie about not leaning back for them.  I was told once a long time ago in a lesson to think of riding your horse up a hill and I think that has given me a tendency to lean back while riding a lengthening, which is not necessary.  Jane said she had a habit of it and while competing did some beautiful lengthenings but was shocked when her test came back with extremely low marks because of it, which in turn made her aware enough to never ride like that again.  I made a real effort this week to make sure I was upright during lengthenings and Klein felt just as good as she usually does and it actually felt a little easier. 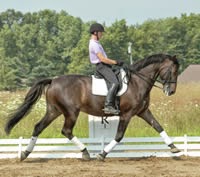 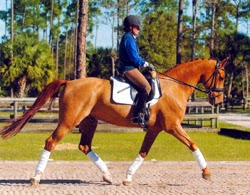 We also worked on trying to get a little more engagement.  I could feel Klein really reach into the contact a couple times, more than she usually does.  I could also feel her back lift and a little more spring in her gait.  We have a dressage lesson tomorrow, I'm looking forward to that.

In the middle of the week we went out for a hack with some gallop work in it to a) let Klein have a mental break and b) also get the benefit of gallop work, which Klein loves anyway.  She was happy to fly down the lanes of the Pecan orchard and hack around the lake.  I never ever keep her confined to a ring for more than a couple days at a time.  I feel like that is mentally debilitating for them honestly.  Let your horse go out and relax on a hack and not have to focus or become bored by repeatedly riding around the same ring.

Yesterday I did a little mock CT ride on Klein.  We did dressage for about 35 mins and then I switched tack and we rode a 3'3" course.  We jumped a vertical a couple times like we would in warm up then rode the course and called it a day.  Klein was great, didn't touch a thing.

There were two in and outs, one with verticals and the other with an oxer and vertical, then verticals and another square oxer that we approached both from the uphill and downhill as well as bending lines.  Klein is getting pretty handy at 3'3" and 3' really is a thing that has faded into the past. 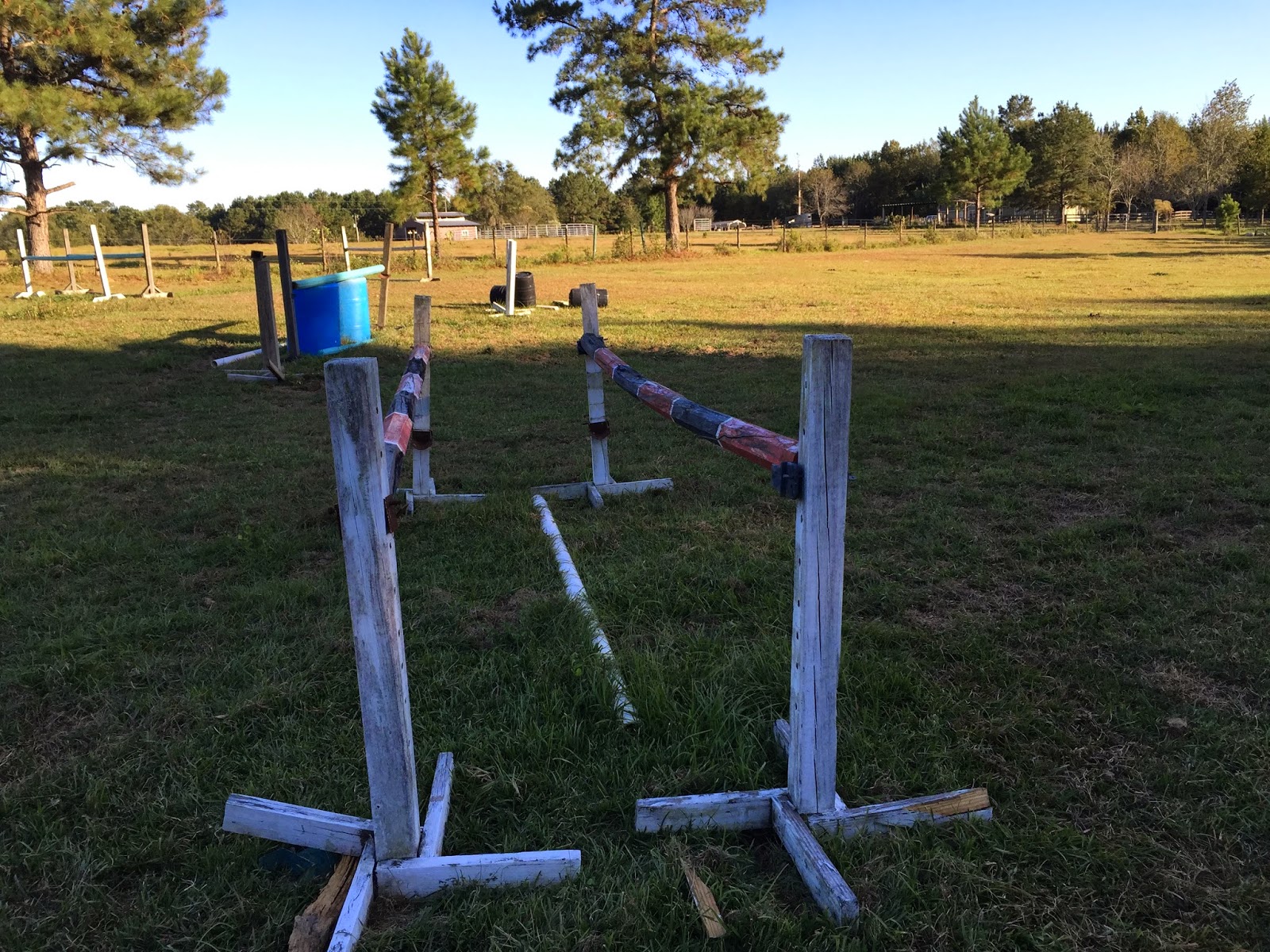 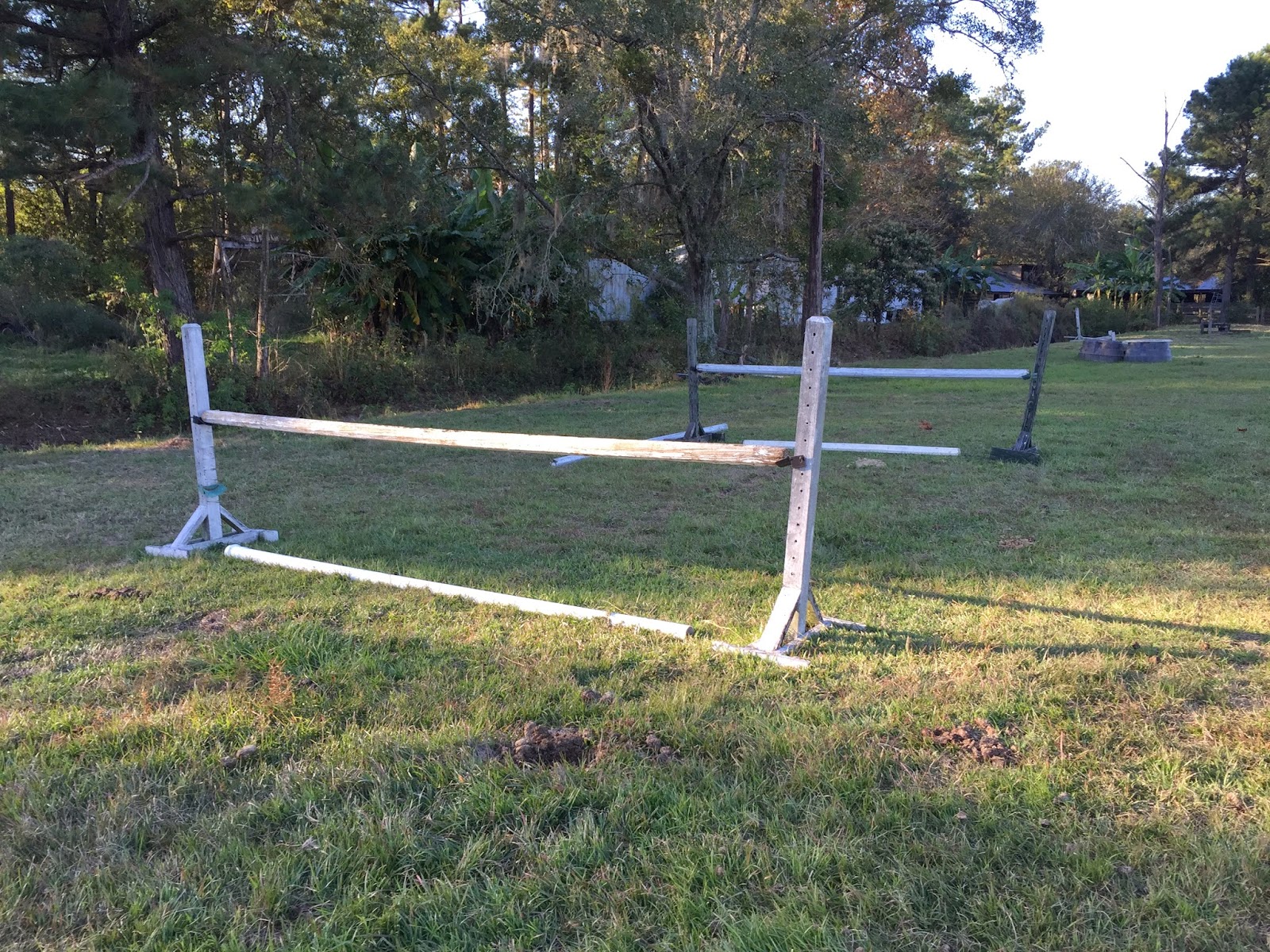 In and out with the verticals. 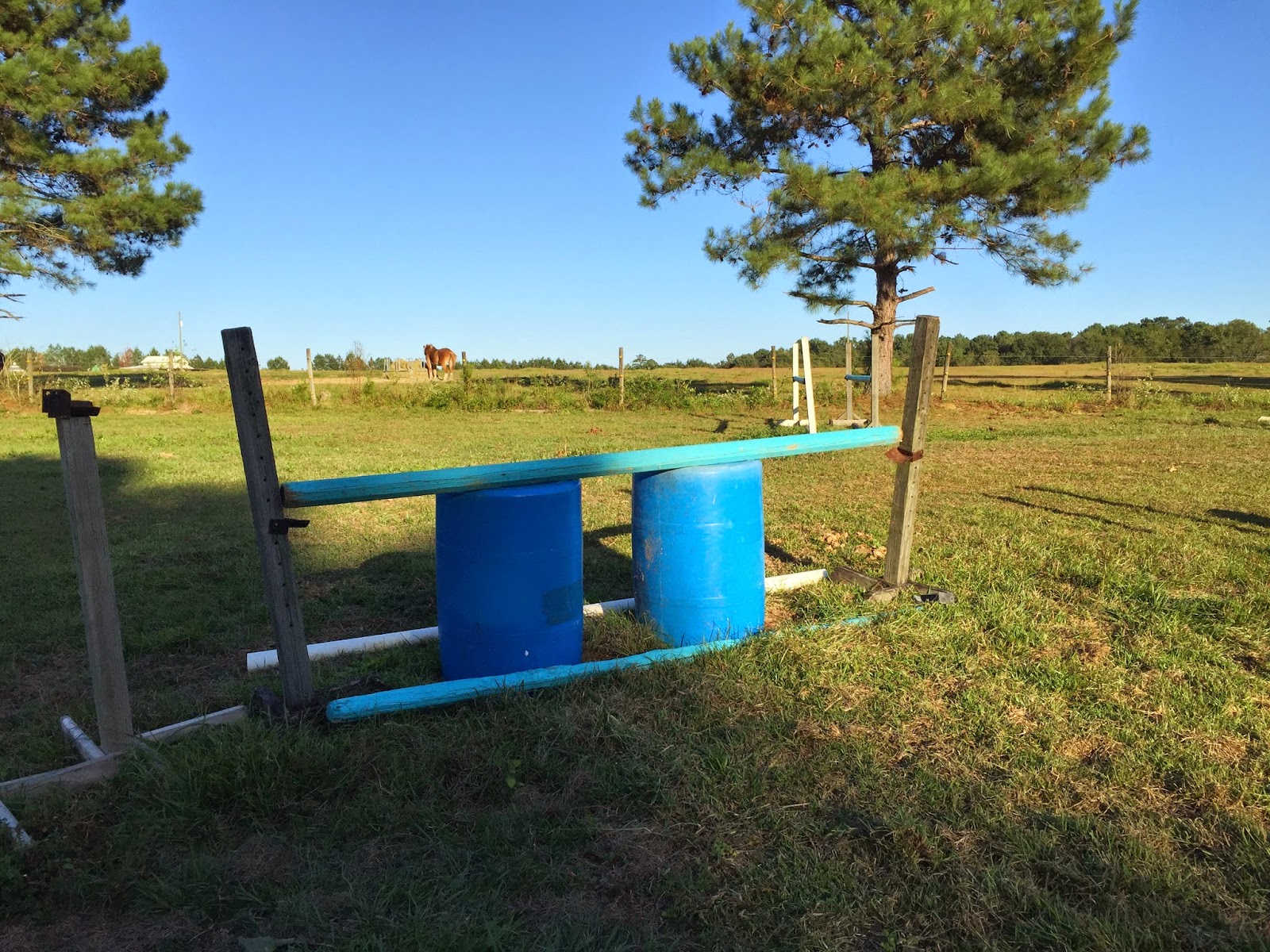 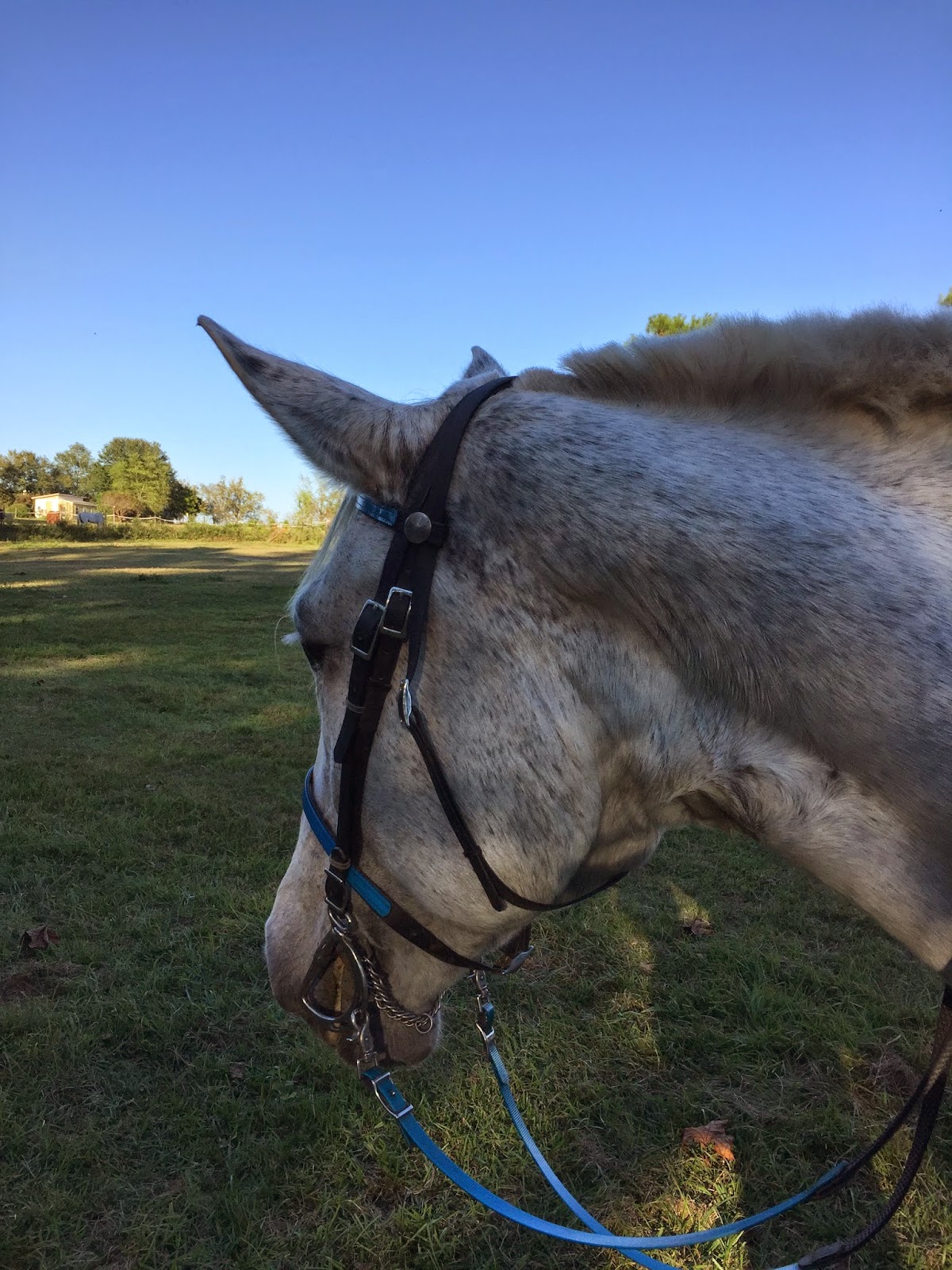 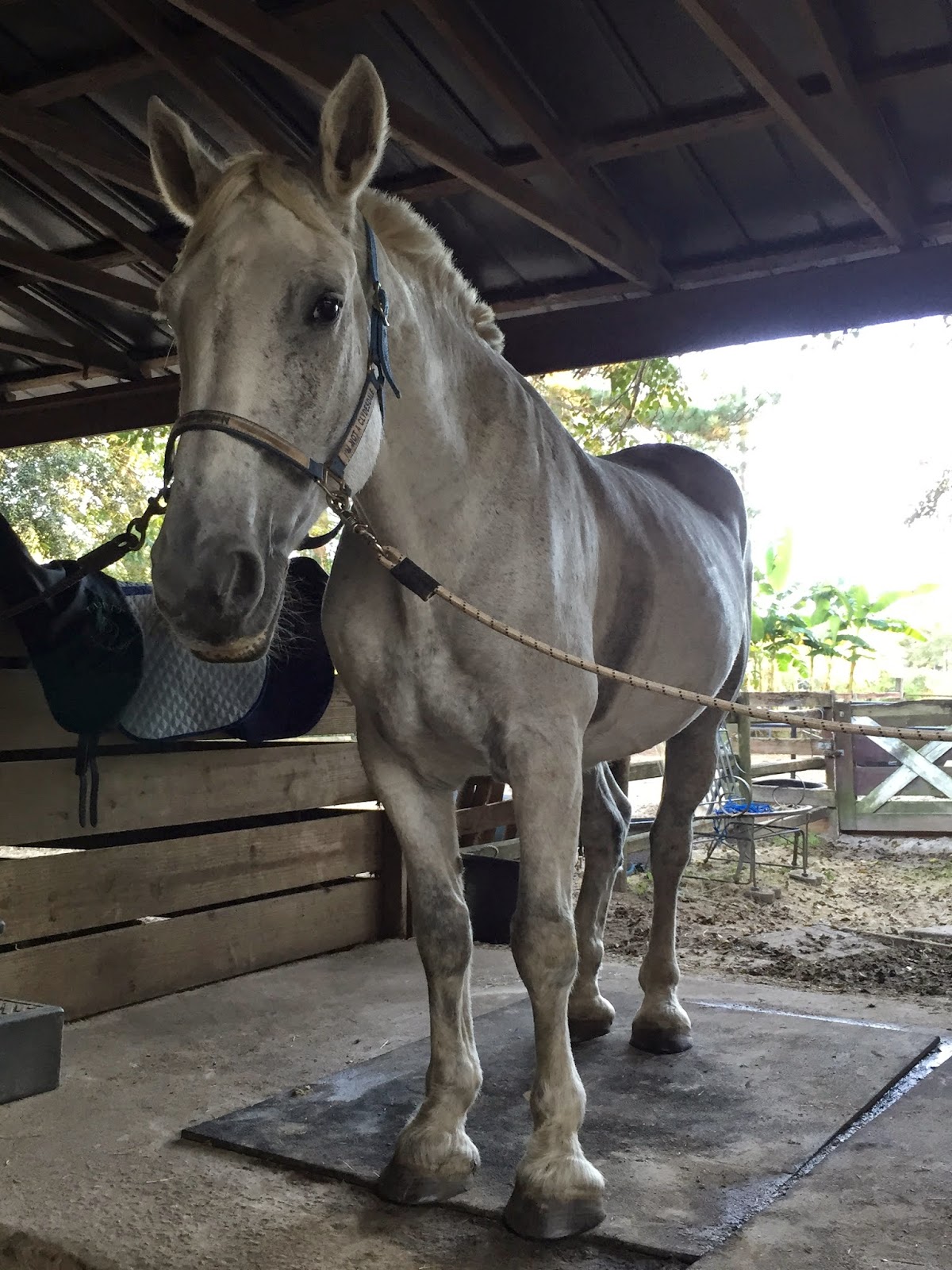 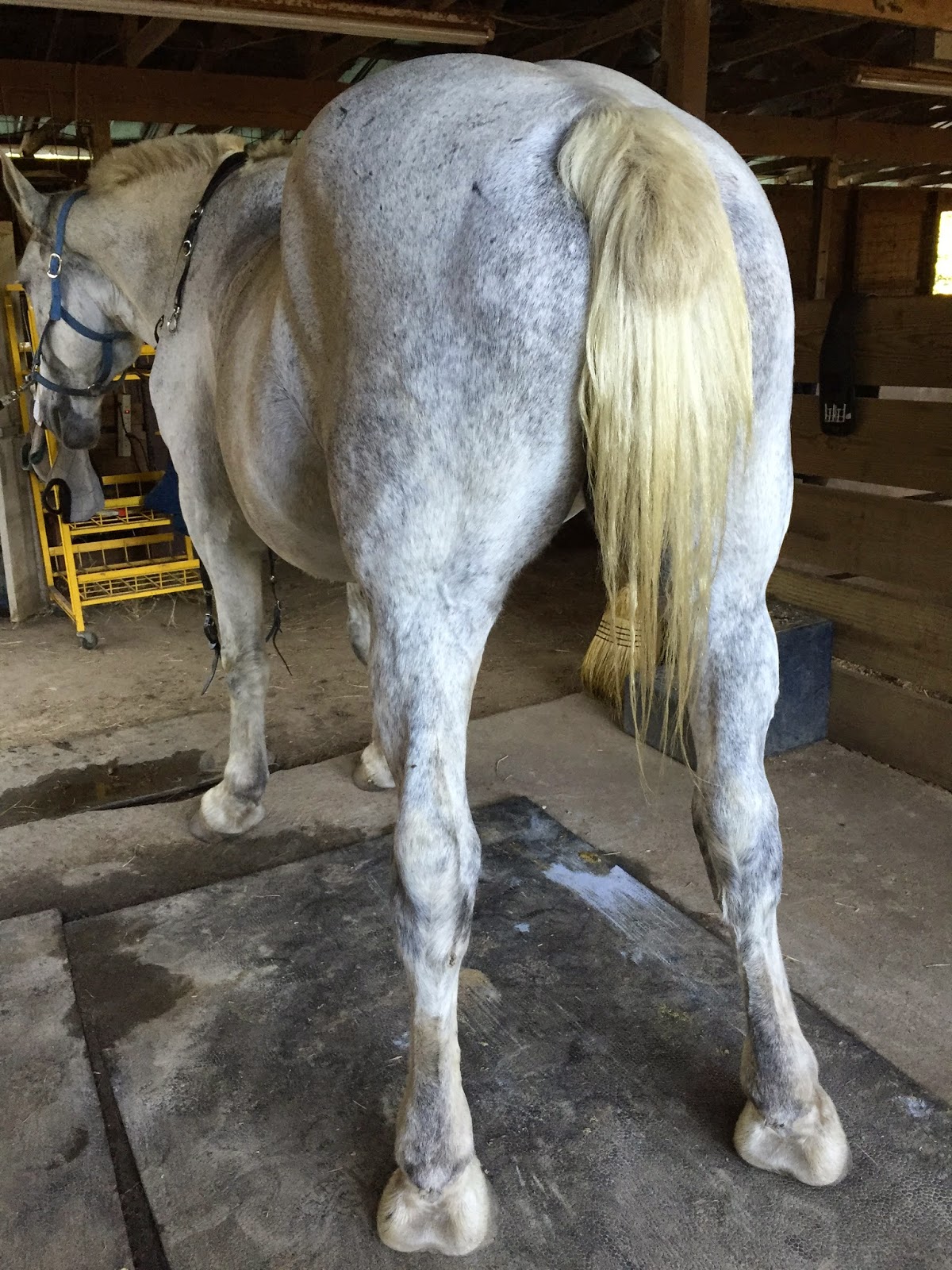 The Princess, who is also the best at standing crooked.  She does stuff like this all the time like it's nbd.

I brought The Handsome in after our ride so I could love on him for a while. 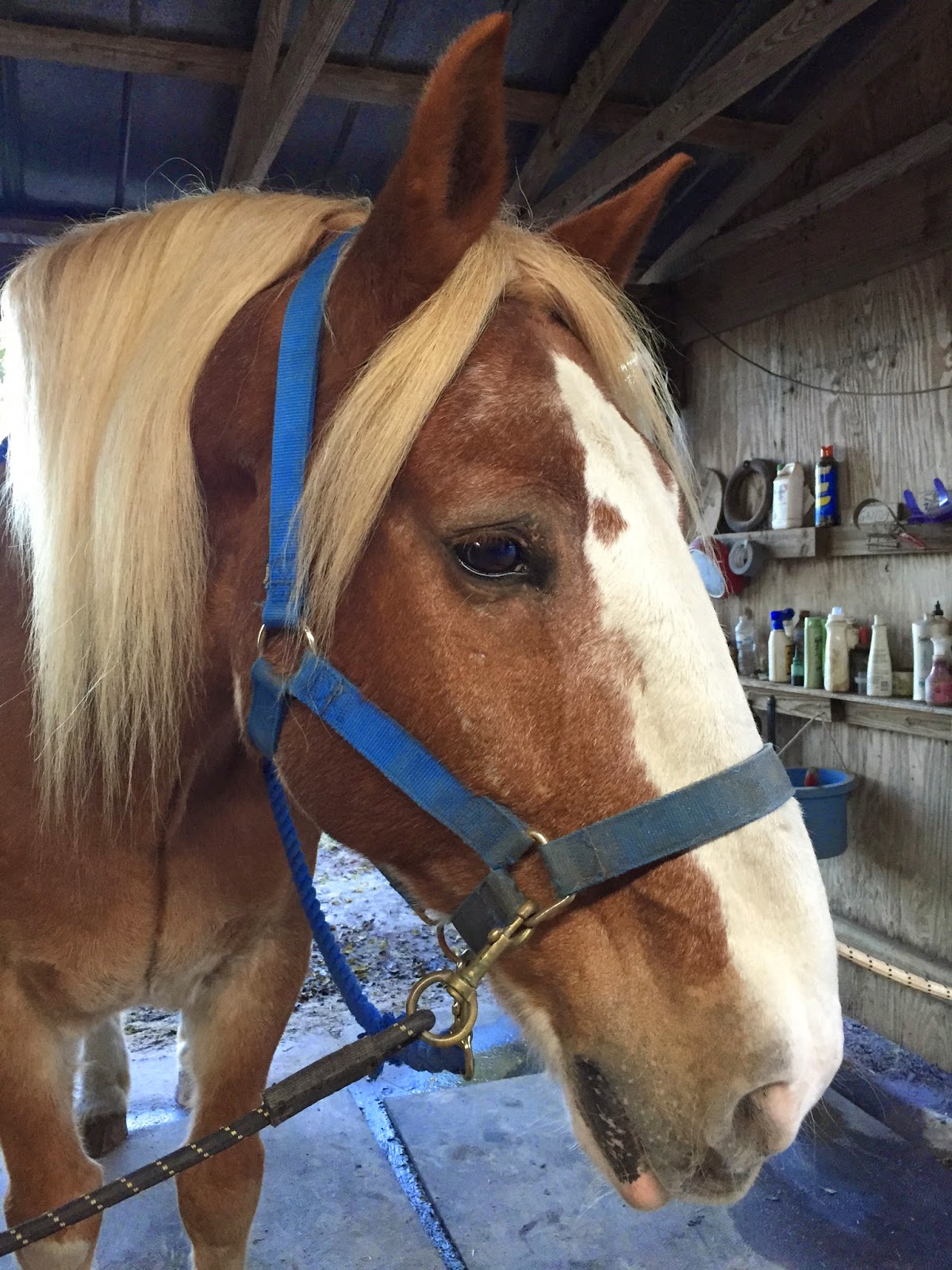 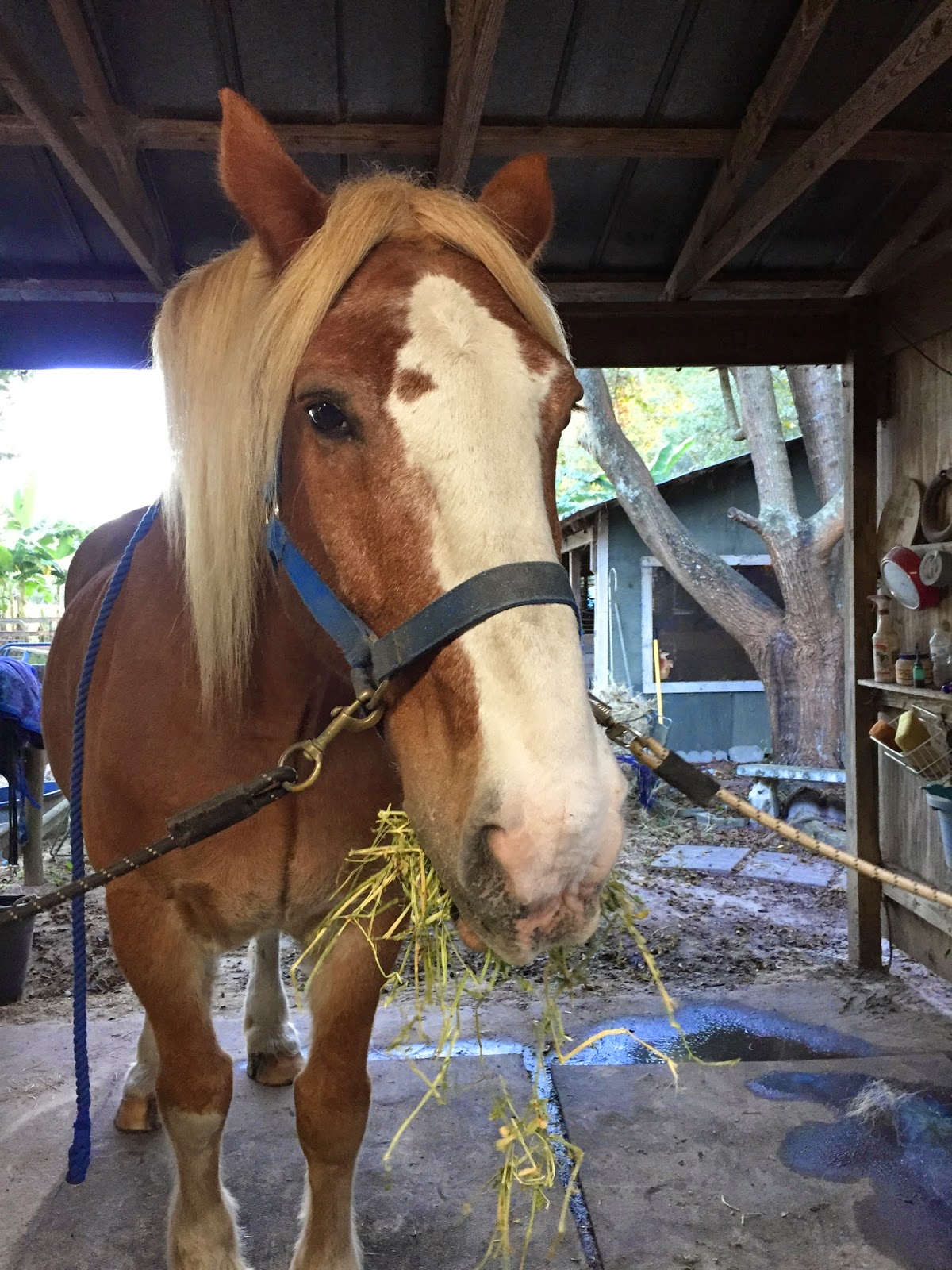 Spoiling him some more.

Posted by The Jumping Percheron at 11:12 PM