How Much Wes Doesn't Care About Clippers 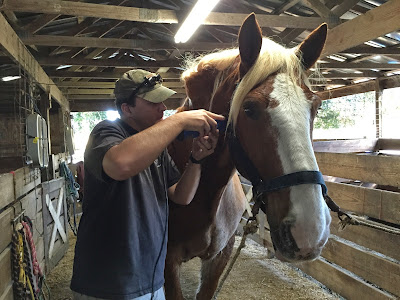 Sunday Wes had a spa day.  He needed a bath and and a little bit of a clip.  It is still hitting 80 degrees here.  So we gave him half way between a bib clip and and Irish clip.  We would have done more but I know the temps will start to cool off and the nights will be a little chilly.  Wes will probably still think that winter doesn't exist here because he is used to the cold Utah winter and South Georgia is no comparison to that. 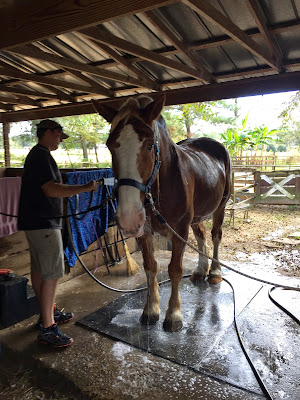 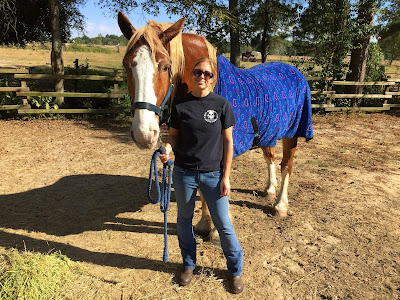 I threw one of Klein's coolers on him.  You can't tell because I'm blocking the front of the cooler, but an 84 doesn't quite cut it when you're 18 hands.


Wes stands like a statue for pretty much everything, I took a video while the Other Half was clipping him to show just how true that statement is:

It now has been nine months since Wes came home.  It still hasn't sunk all the way in that he is all mine.  I guess eight years of waiting doesn't wear off over night, or in nine months.
Posted by The Jumping Percheron at 8:04 PM