Wes is Winning at Barefoot 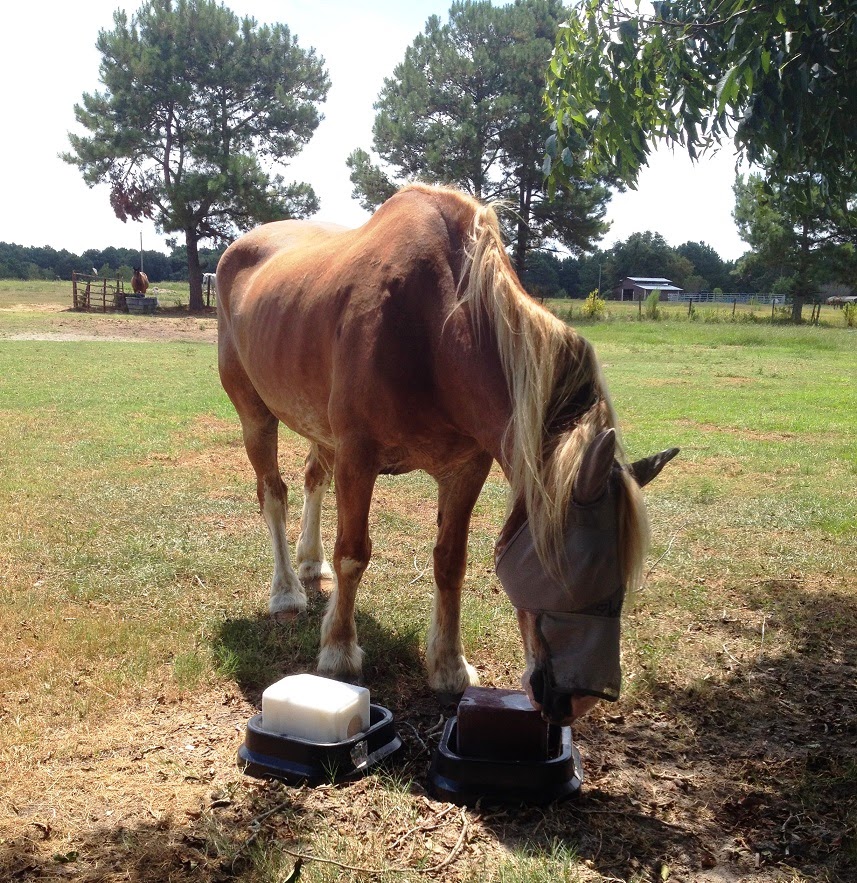 He's even adorable when he's just doing every day Wes things like enjoying his salt blocks.

First, let me say that Wes is definitely winning at being barefoot.

I am amazed after every trim.  There is improvement with every.  Single.  Trim.  Thank you Cindy Ford, DAEP.  She should be very proud of the artwork that is Wesson's feet.  I really expected it to take longer so see such changes in his feet.  I told Cindy that I wasn't expecting some kind of instant change and I was prepared to just be patient for however long this transition took.  I mean we are talking about a horse that was shod all the way around for nine years straight, that I know of for sure, and most likely many more before that.  Wes was at one point in his younger days, as a lead hitch horse, was shod with Scotch Bottoms.  In case you don't know what Scotch Bottoms are, they are unfortunately the draft horse shoe of choice in draft show rings.  Here they are on a team of Perches: 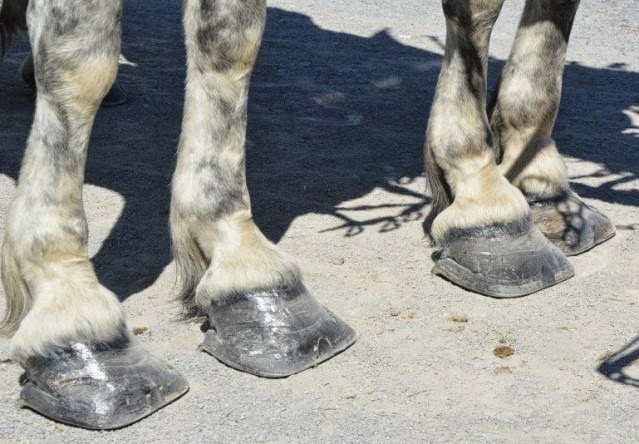 Anyway, so as you can see he has spent over half his life in shoes.  At 20 years old I really expected it to take a while for them to adapt to barefoot.  He has yet to take a sore step since the day we pulled his shoes.  He is doing better barefoot than I ever hoped for.  I had one person tell me "Well, you know he can't go barefoot."  Yeah...why is that??  There was no reason not to have him transition to barefoot.

He was trimmed recently and I felt it was time to take a couple comparison pics. He got here February 5th, we pulled his shoes and Cindy did his first trim on February 7th.  So, not even six months later, look at these February 7th pics compared to the July 25th pics: 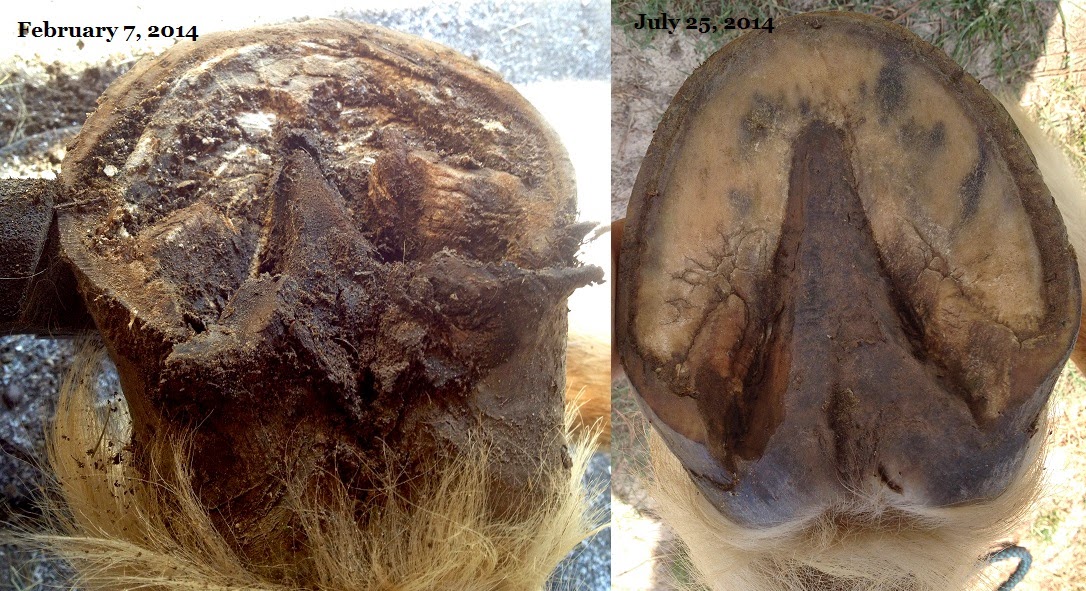 That heel was insane and he pretty much had a talon for a left hind.  That was his ugliest foot.  It almost looks completely normal already.  The other day I watched him GALLOP out into the pasture whinnying and hopping around.  It was perfect.  He so deserves all of this.  He couldn't be happier in his retirement.
Posted by The Jumping Percheron at 7:29 PM