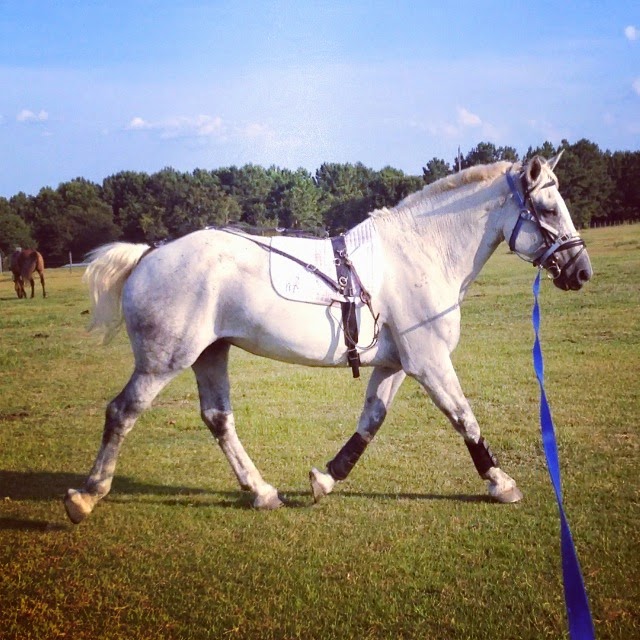 The Princess warming up for a workout on the lunge line.

Through the absolute devastation of losing Ceylon of course the ponies have helped take the pain away during the time I spend with them.  I have just been trying to focus on some things I want to get accomplished with Klein soon to distract me.  Also, recently I tried Mare Magic with Mochi.

I have never used Mare Magic with any horse.  A friend had some and was telling me the effect it had on a horse she knew and her own mare and I thought why have I not tried this with Moch?  I had always thought Mare Magic was just for straight up bratty, moody mares or mares that when in season were totally unmanageable.  I have never owned a horse that fits into those categories so I never felt I had a need to use Mare Magic.  Well, it was worth a try and...I really think it might have done something for her.  Though the double rein pelham route is still working she still has anxiety.  It just seems like she doesn't have much of an attention span, pony ADHD??  After giving her Mare Magic we had the best rising trot work we have ever had (small victories, people).  She had a noticeable attention span for the first time.  This is definitely worth giving a try for a while. 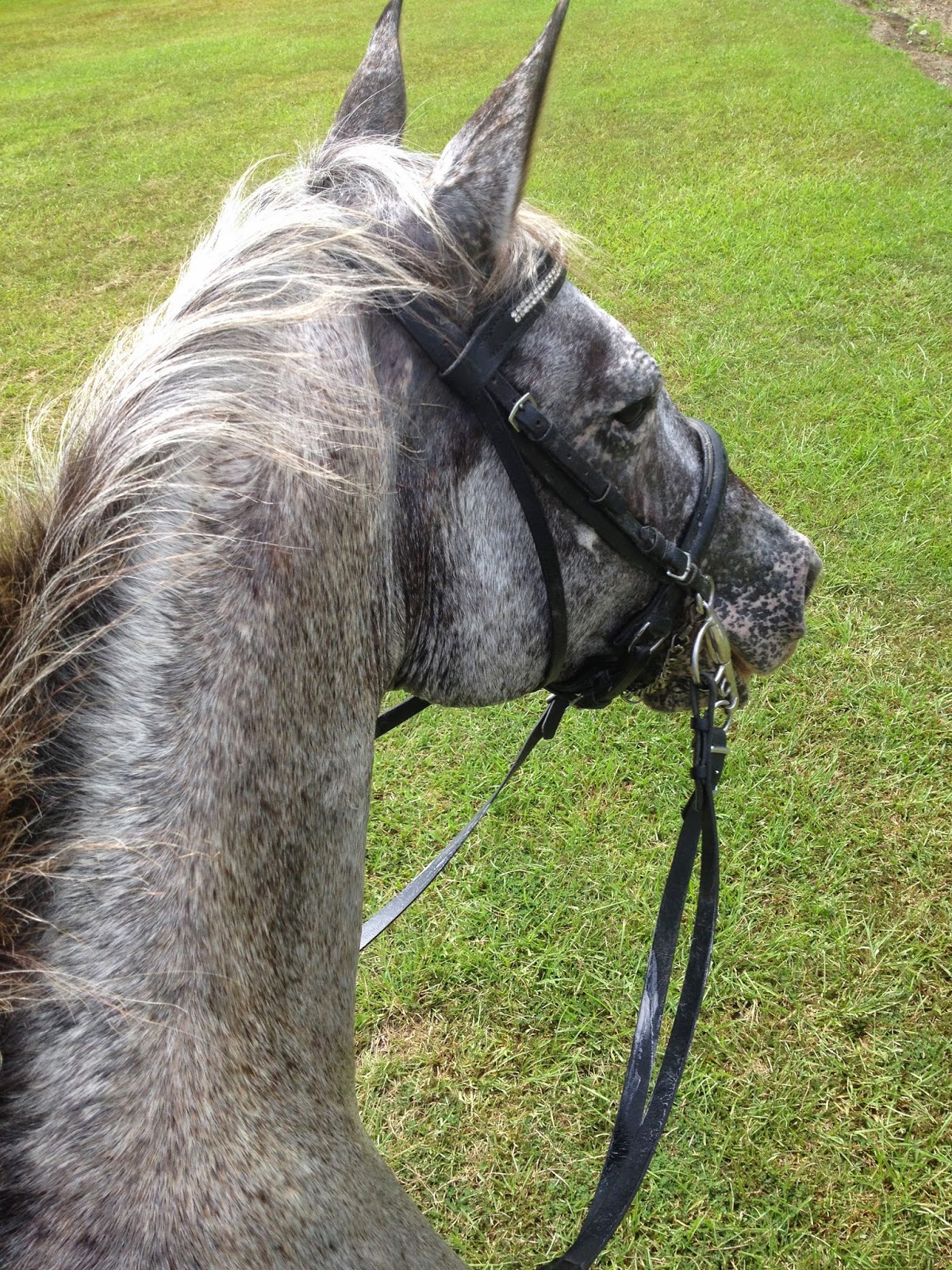 Adorable Mochi is adorable, pony ADHD or not.

Mochs always makes me smile with how much she loves her dad too.  The Other Half is clearly her favorite person.  He whistles to her and she immediately starts heading in and nickers to him the entire way.  I need to get a video of it.  It's also pretty funny because the Other Half is 6'3" and Mochi is 14hh.  She has such a little personality. 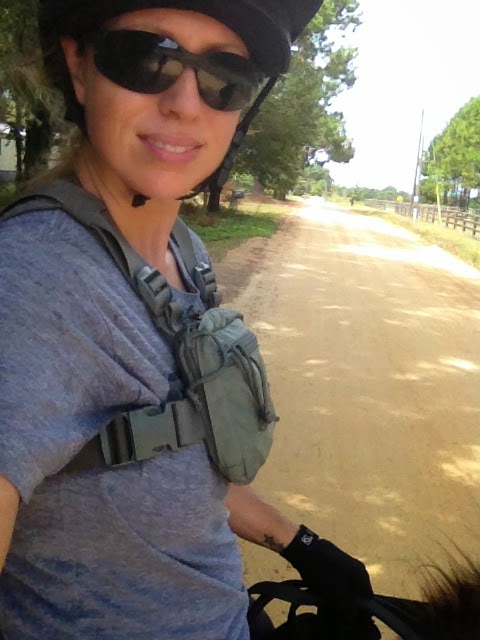 Out on Mochi.  Here you can see the slim profile of my HPG kit bag.  My Glock 23 is in there, that's a midsize .40 caliber 13+1 hand gun and no bulky feeling or look at all.  I'm telling you this kit bag is one of the best things I have ever bought for riding. 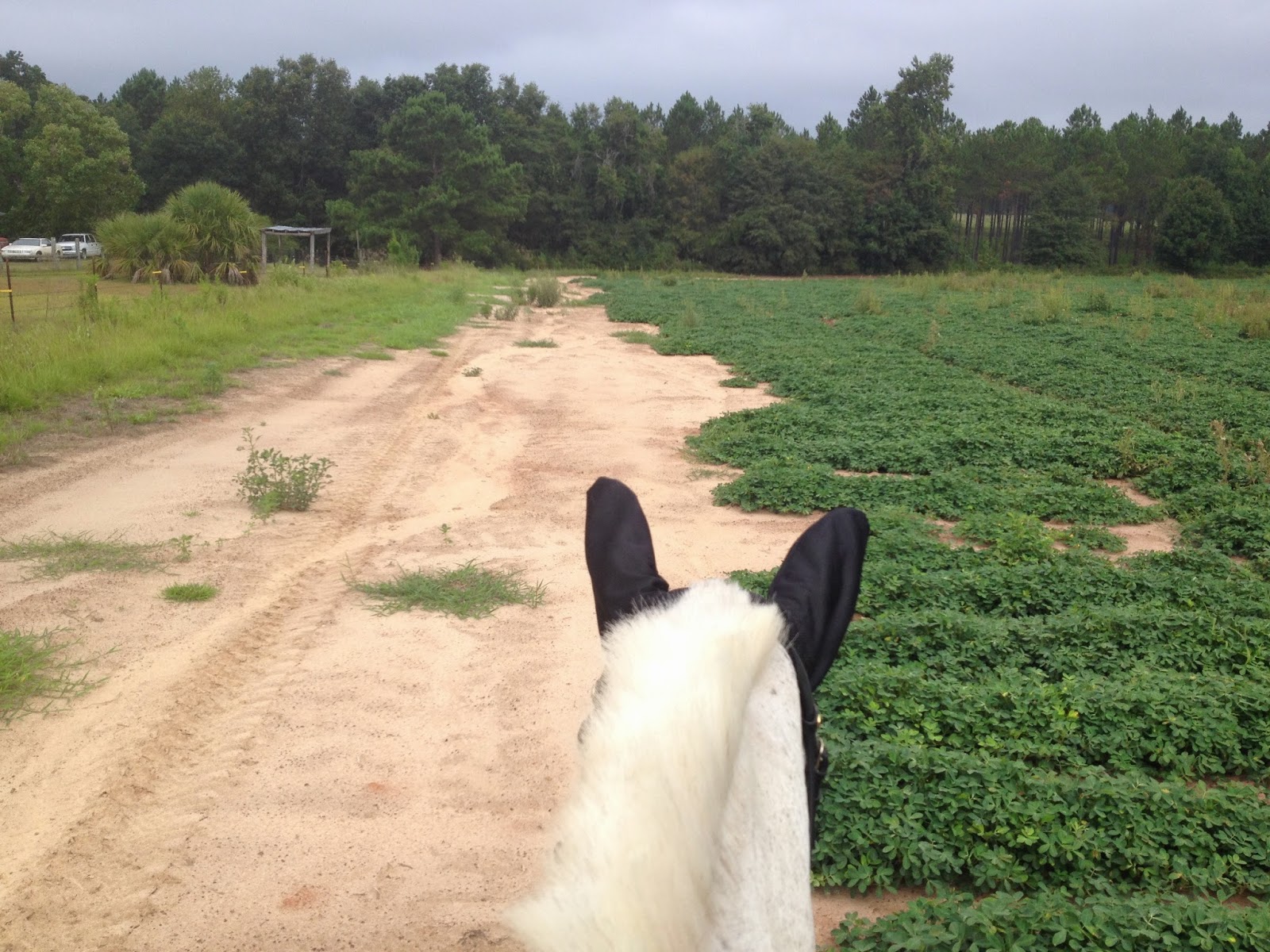 Out on a hack. 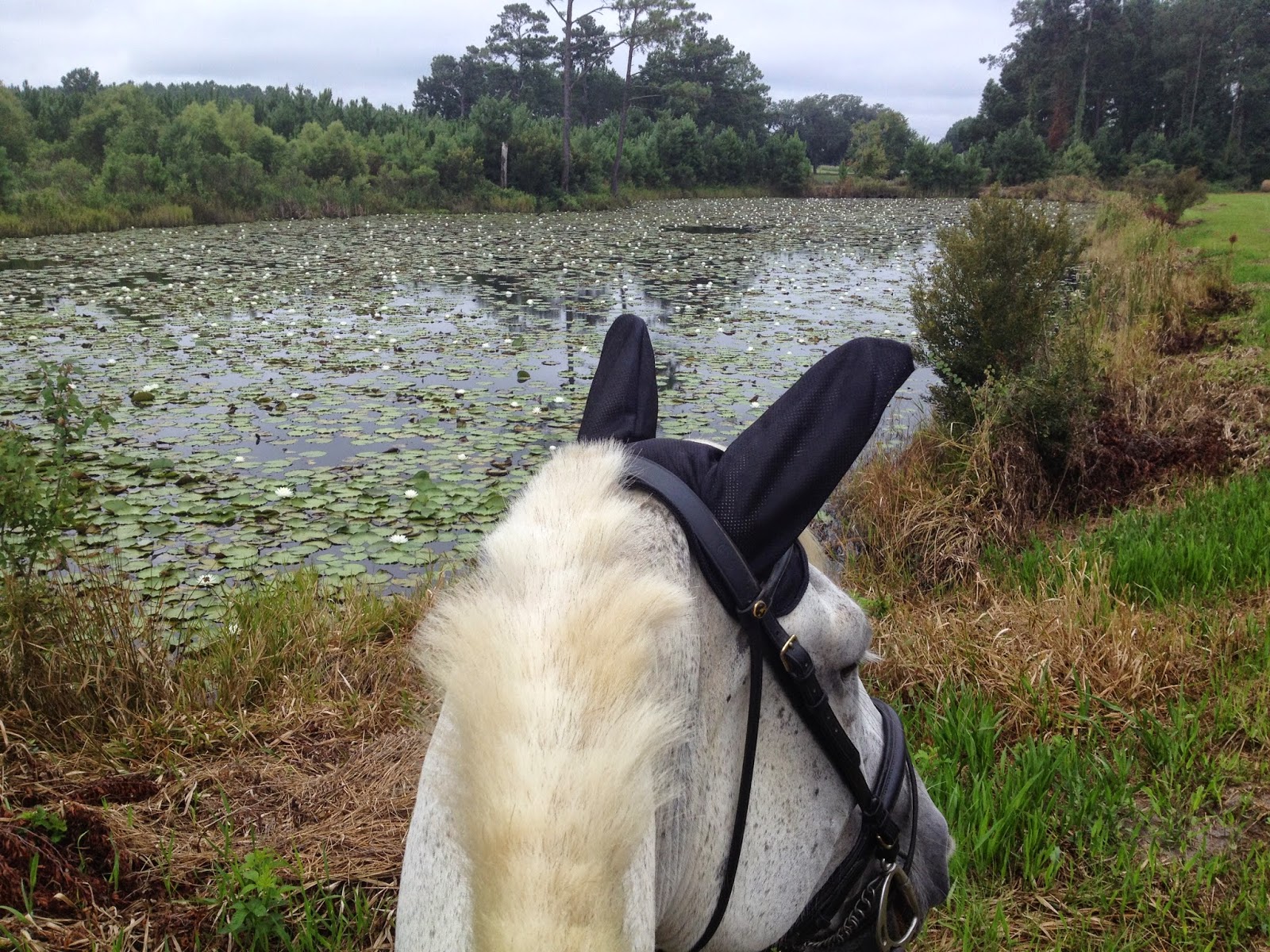 Don't even want to know what is lurking in that pond. 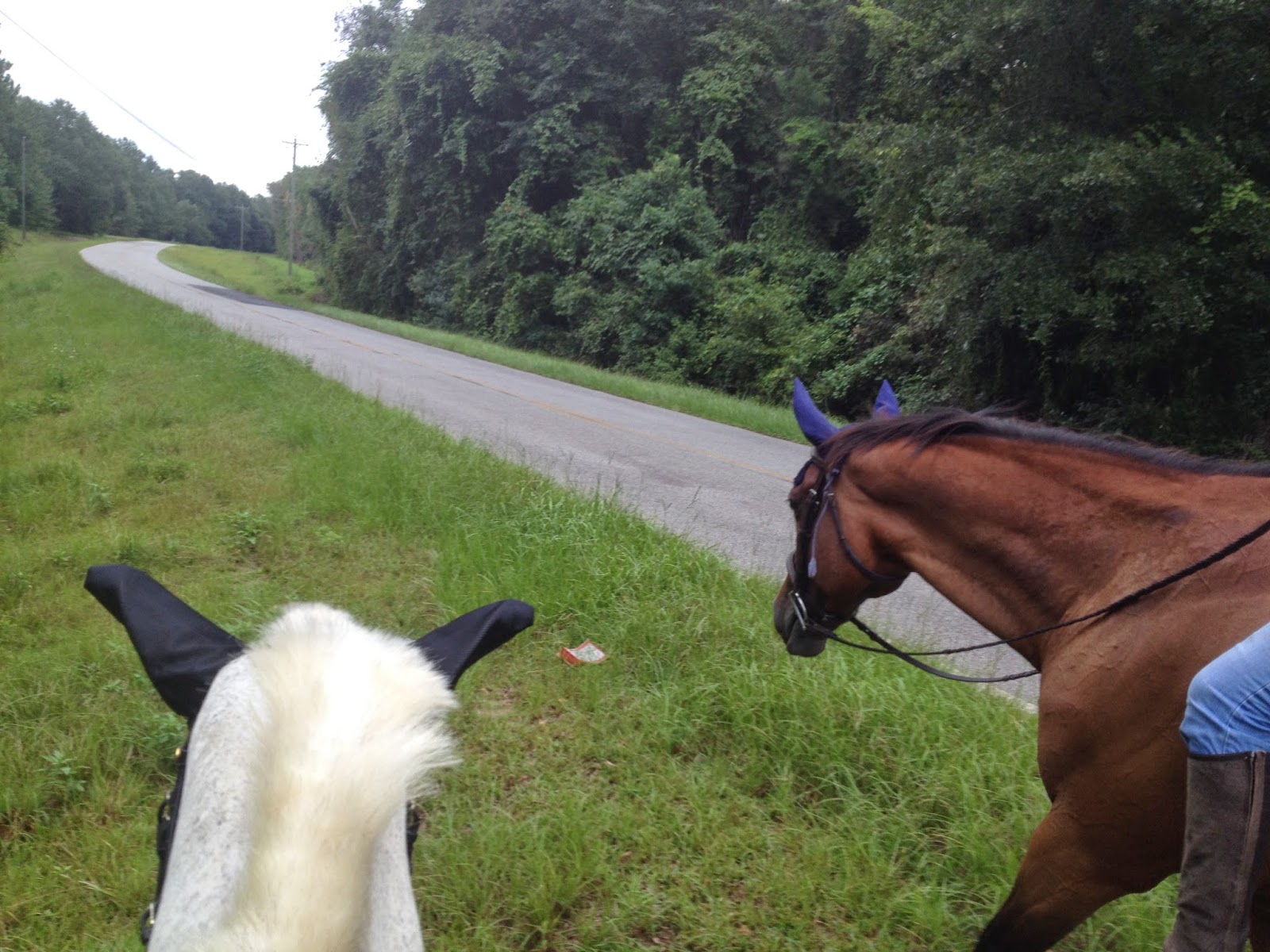 Klein and Addy.  Klein actually likes Addy.  It's rare she finds other horses, mares or geldings, that she really LIKES.  She is very independent.  But, she has liked Addy since the day she met her.  When all the other mares were chasing sweet Addy off Klein let her eat and drink next to her the first day they were out together. 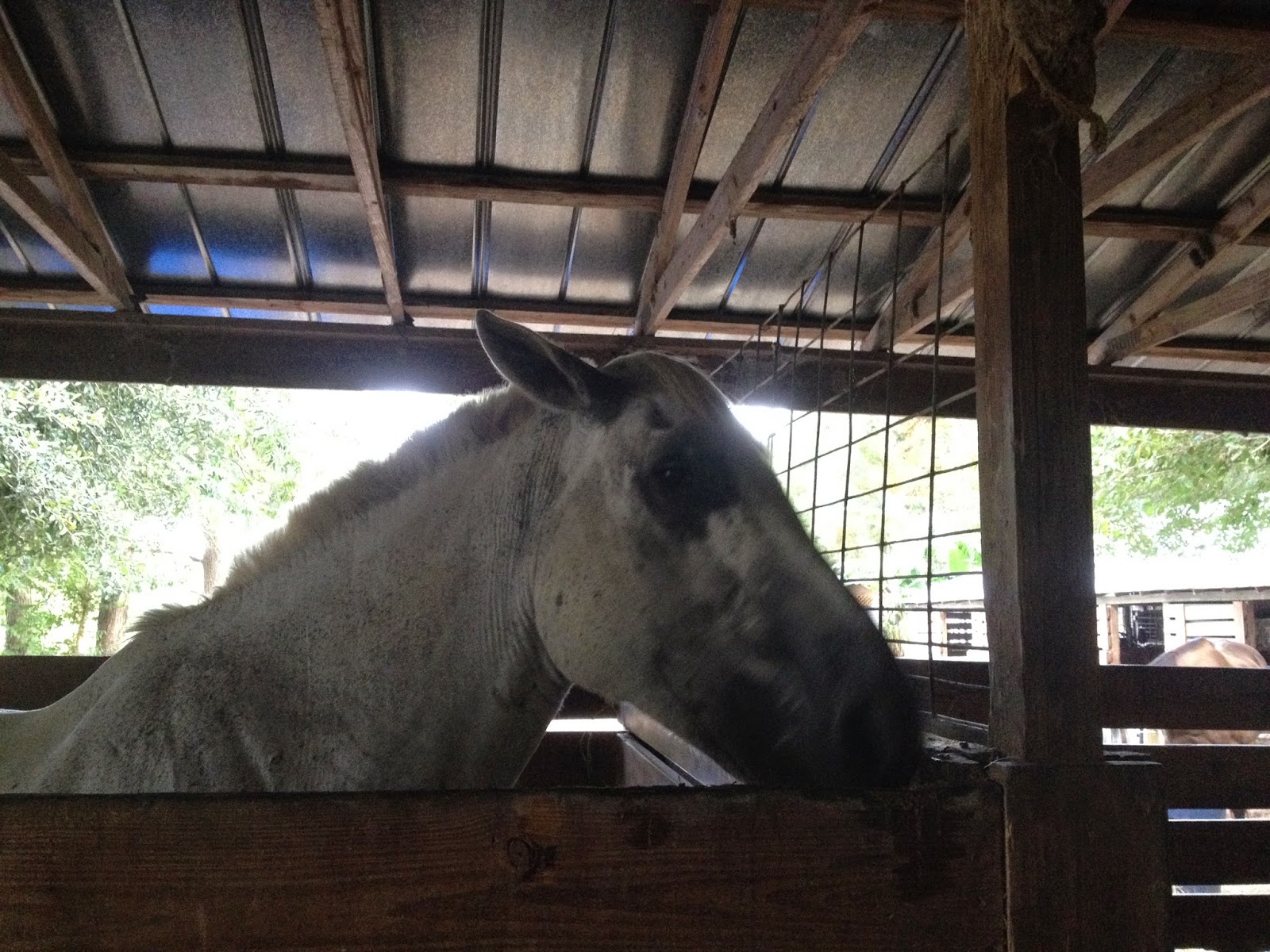 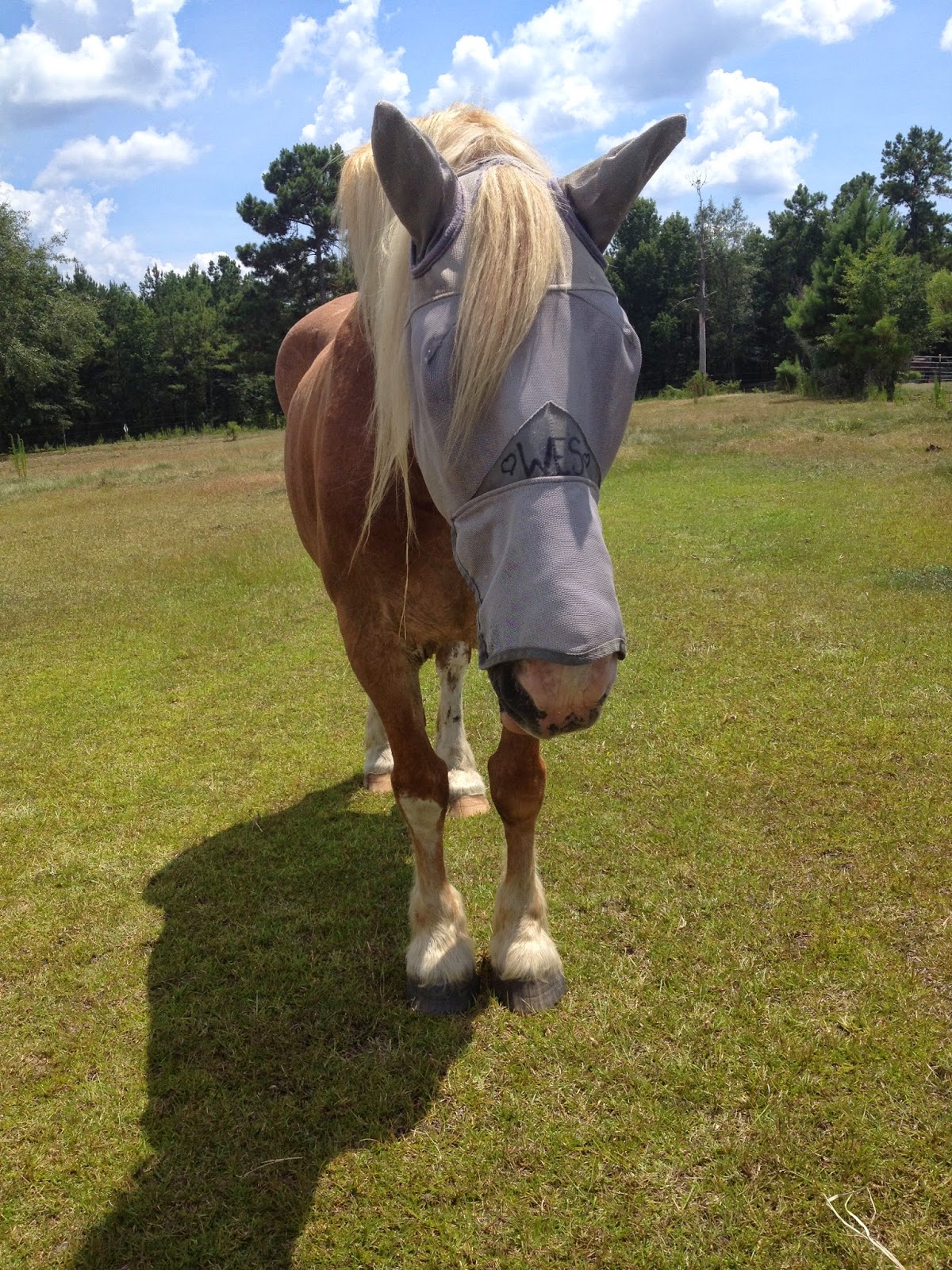 
Wes always makes me smile every time I see him.  It makes my heart happy that he is home with me and enjoying the retirement life he so well deserves.  He is becoming quite the independent guy and often is out grazing on his own.  Do you guys realize he has been home officially for six months already?  It was six months on the 5th! 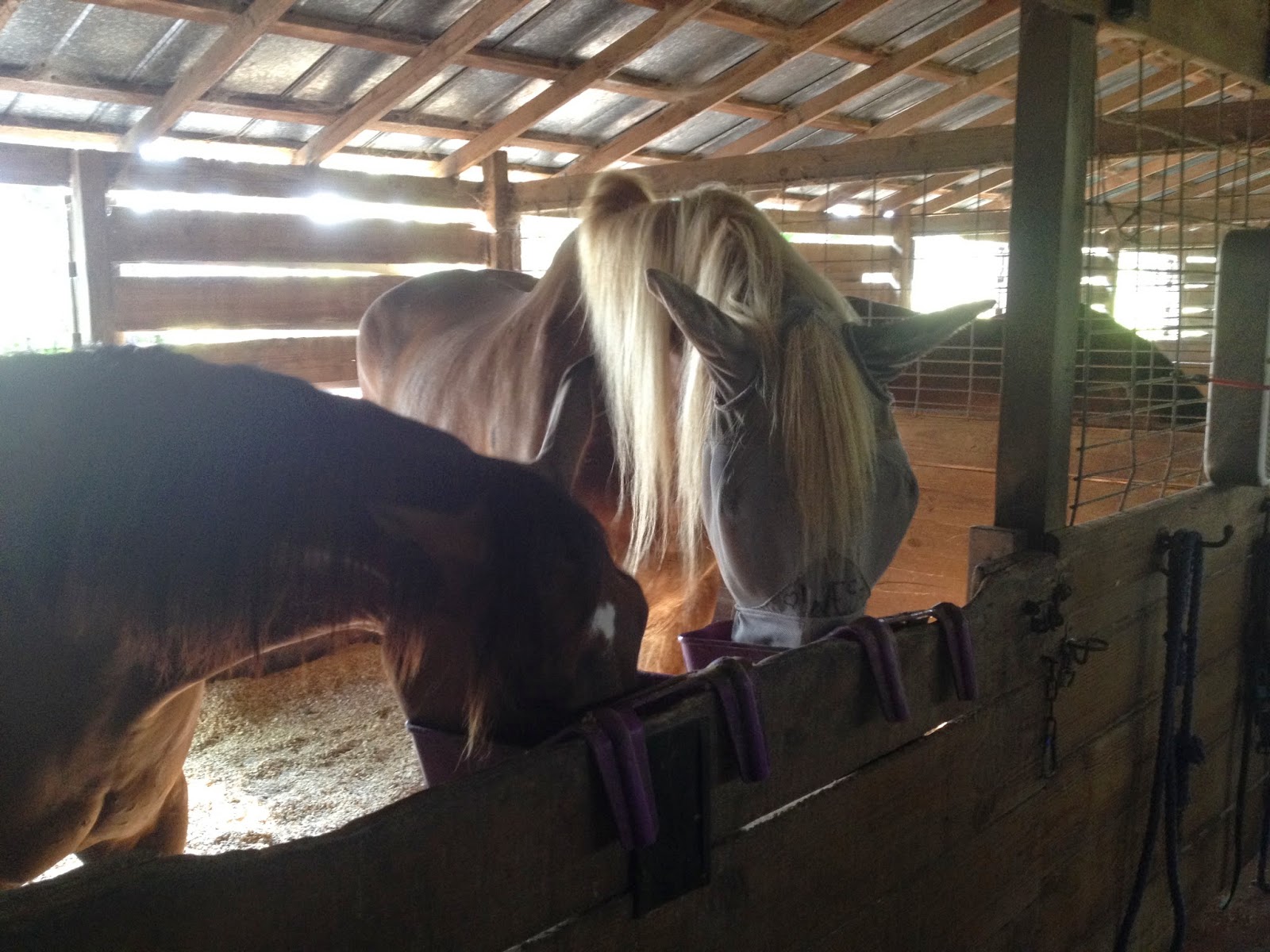 These two.  Jet is Wes' little buddy.  They INSIST on sharing a stall in the morning for breakfast. 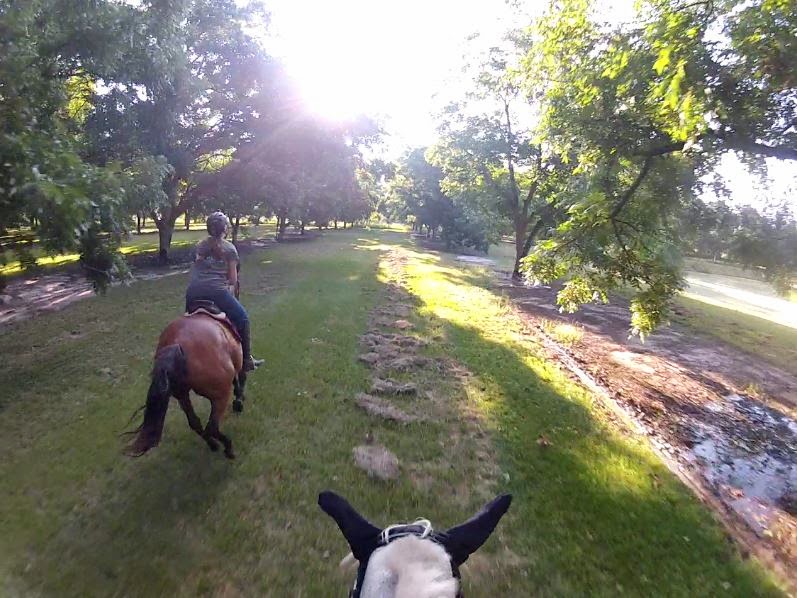 Klein and Addy galloping through the pecan orchard Sunday morning.

I haven't posted a helmet cam on this new blog yet.  I dusted the GoPro off for our ride this past Sunday morning.  We went out early to beat the ridiculous South Georgia heat.  Don't take that as a complaint.  I'd rather live here any day than somewhere that it snows.

Posted by The Jumping Percheron at 9:53 PM