From Russia, With Love AKA I Said Yes!

I had this post I was going to write about the crushing heat we are getting here right now.  Then something happened...and this isn't directly horse related but, it is.  You all know my Other Half is the best horse dad ever and he makes regular appearances on here.  Let me tell you a story from today.

There are two guns I have been after lately, one of which being an AK-47.  Today my Other Half and I stopped by a gun store that we usually stop by once every couple months just to see if they have anything we might want.  Today we asked if they had any AK's in just out of curiosity.  I've been checking them out at every gun store we go to.  Most times they hand me a crappy Chinese Norinco.  No thanks.  I have been shopping online for AK's lately too and had come close to ordering one but decided to wait to check out some local spots.

Well, today was my day because this local spot happened to have a Saiga aka a real AK-47 made in Russia by Izhmash. 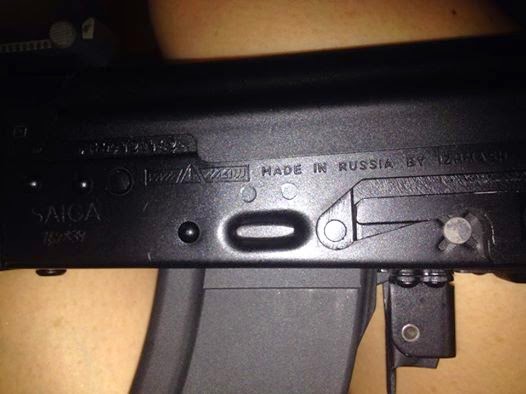 The prices have went up on these because of the recent ban that was placed on them, but if you are going to get an AK you want the real deal from Russia.  This one also happened to have been originally imported through a store in Florida, which has special meaning to us.  The price was right and the Other Half said, "you want it?"  Well, yeah...I did.  So, he bought it for me. 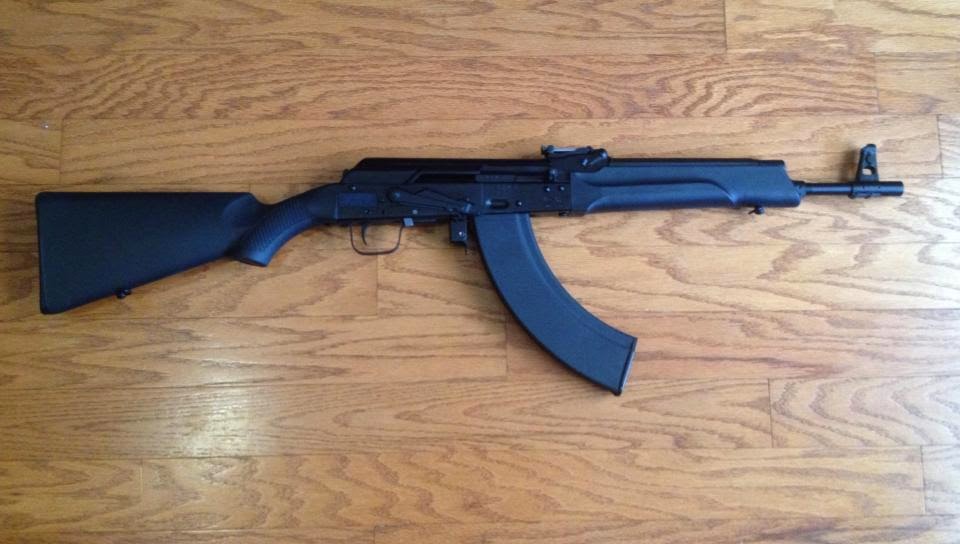 Awww YEAH, can't wait to shoot this beast!  Mods will be forthcoming.

On the way home he had said that he wanted to wipe it down when we got home and I said that was fine and I went inside the house.  He comes in the house with it from the garage and says "Ummmm, I think we might have to take it back, the front sight is messed up."  I was thinking what?!  We just looked at it closely at the store what happened between the store and home?  I walked over and did see something was up with the front sight and when I got closer I realized there was a diamond ring on it!!!! 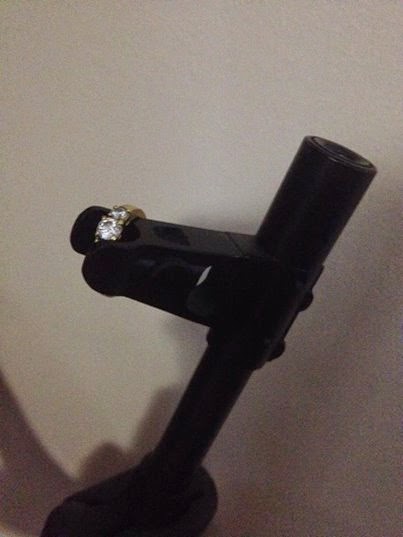 First diamond ring I have ever had...brought to me on the front sight of an AK-47.  1 million points for style.

That's right, guys out there everywhere, beat that proposal.  Take notes people!
Posted by The Jumping Percheron at 10:38 PM