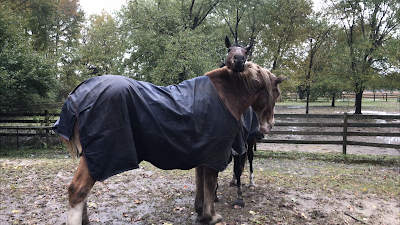 She is such a dork!  She's lucky Wes puts up with this kind of stuff.

There is a big change coming but before we get to that, a recap of what has been going on the past month. 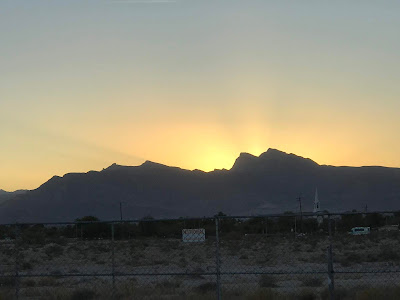 Mochs has been at a friend's barn and killing it in the jumper ring.  She was even grand champion of a division a couple weeks ago, because she had the perfect type of rider for that show.  The girl who rode her gave her the exact type of ride she needs, and with it, she shines.  She has also been in a couple lessons as well and taught some of the kids some new skills. 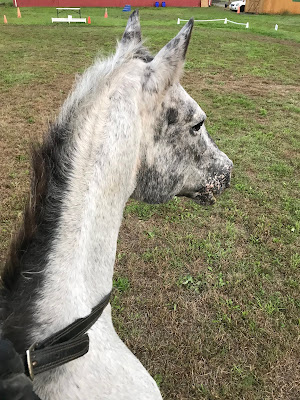 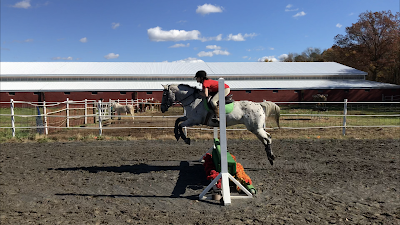 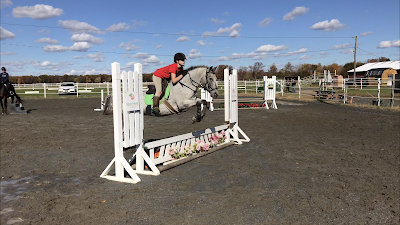 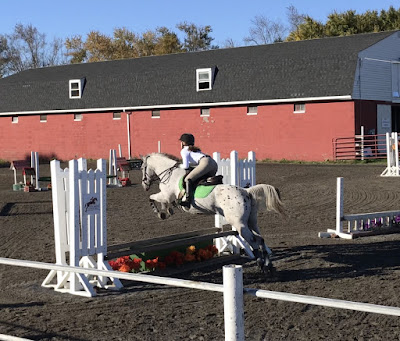 Wes has been seriously enjoying the cold weather.  After his Anaplasmosis this summer I decided it was not a good idea to put the weight back on him that he lost from it because of the excessive heat and humidity this past "summer."  If I kept him on the lighter side he would be much more comfortable.  As soon as the weather finally broke and started to cool down I upped his feed and he has gained it all back and looks great.  Part of this is the fact that he excels in cold weather.  He is so clearly a polar bear.  He is more active and weight just goes on him so easily in the cold. 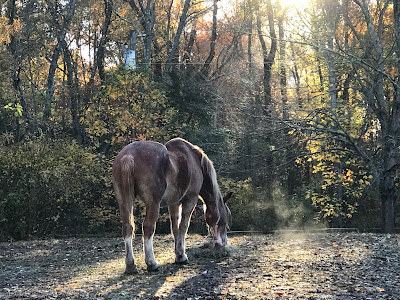 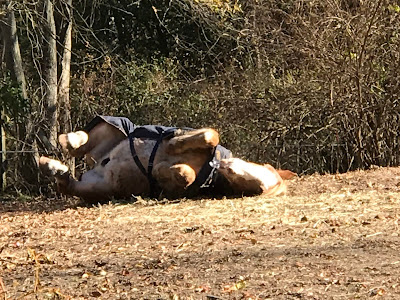 His daily roll.  He doesn't typically get a blanket because he is such a polar bear, but, we just had the temperature drop into the teens somewhat suddenly so, sorry buddy.

Klein has been enjoying low key work on her little vacay.  I have a strategy for this year's competition season with her.  Part of it involves a little vacay prior to the big change we make next month.  She won two more additional year end awards with the local dressage associations in the area in addition to her national USDF awards this year.  I fly out this Friday for the USDF Awards banquet so that I can accept her three All Breeds Grand Champion awards on stage.  Here we are, 11 years later and she still makes me so proud on a regular basis.  I can't wait for the upcoming adventure, which includes a reunion with a BFF and two horses Klein lived with at one point. 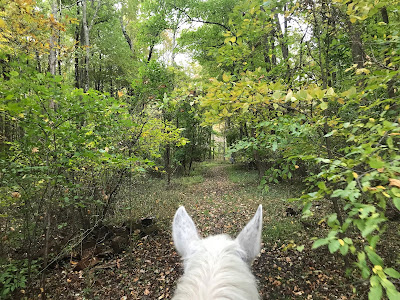 Enjoying the leaves starting to change.

Super B, oh my Super B.  On October 13th we had a dressage show.  We got there, got tacked up and went to the warm up.  In the warm up I felt the slightest hitch in her gait.  So slight I had to trot her a few times and on different surfaces to be sure.  After trotting on grass and in a very nicely footed ring with mirrors I was sure something wasn't right.  I dismounted and withdrew her.  We ran xc a couple days prior to that and I though maybe she bumped herself and was a little sore.  The lameness felt like it was her right hind.  She did get an odd distance to a log and bumped a hind leg so I thought maybe that bump was harder than I thought. 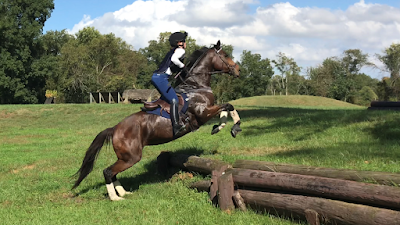 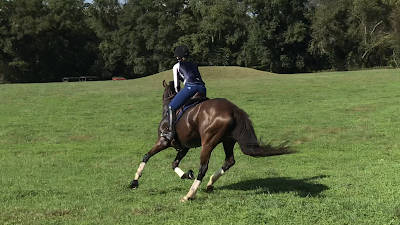 I took her home, gave her some bute, bubble wrapped her in her Back on Track sheet and BoT no bows.  A couple days later, the same.  Fast forward a couple weeks from there and we still had intermittent lameness which had also clearly presented itself one evening within a matter of hours in her right front.  To the point of her being lame at the walk.  Woo hoo!  Abscess!  I thought...so I wrapped it with Animalintex.  The next day she was dramatically better and sound at the walk though nothing was on the Animalintex.  I thought we were onto something so I wrapped again.  She had a vet appt for a scope the next morning so I had them do a quick lameness exam prior to sedation.  She was flip flopping with the block though the vet still was leaning toward an abscess in that right front. 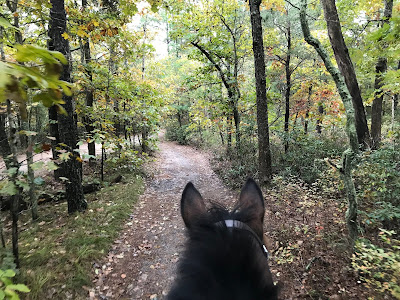 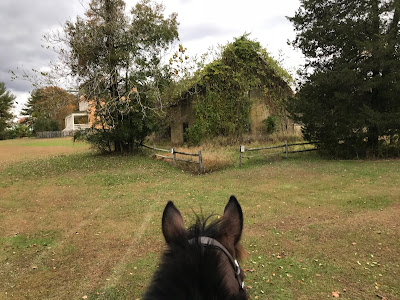 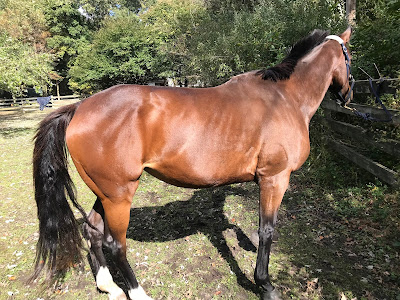 But damn, she looks good, right?!

A week later and some more Animalintex wraps, nothing.  Well, I'm the person that can't handle uncertainty so I made an appt at the hospital that I take Mochs to and that did Super B's PPE.  I HAD to know what this was.  After a thorough lameness exam (to include blocks and x-rays) and reviewing some video of the lameness that I had The Other Half take one evening, it was clear that she was sore in both fronts and needed an adjustment in her shoeing protocol.  Easy enough.  I just paid a lot of money to find out she is a victim of notoriously crappy TB feet.  That's fine.  I got my answer.

Everything was great, egg bars with pads in the front went on two days later and I thought in a week she should be feeling pretty good.  I went out of town for a short trip and the FIRST morning I was gone I get a phone call from The Other Half "B is super lame at the walk on her right front..."  FML.  Whyyyyyyyy???? He sent me some Marco Polos of some tracks in the pasture where someone CLEARLY slid, and it is pretty easy to discern Super B tracks from Klein and Wes tracks. We thought she must have slipped and done something to that right front.  Bute, rest, poultice and 24 hours later she was the same.  I called the vet who came out and again did some blocks and HIGHLY suspected an abscess.  STOP PLAYING WITH MY EMOTIONS ALREADY.

She was so incredibly lame that the vet actually had The Other Half start her on a couple days of bute.  I got home and had the farrier come out and see if she could locate it because she was still lame at the walk.  She was pretty sure she found it but nothing had blown yet.  The next morning when I unwrapped that hoof and pushed around where the farrier thought it was I saw pus come out of a nail hole and it had that unmistakable, vomit inducing smell.  The Other Half was standing there and we both were like "YES!!!!!!!!!!!!  FINALLY!!!!!!!!!!!!!" and he hugged me and picked me up off the ground in celebration.

After a couple days poor Super B was still incredibly lame and now had some swelling. The farrier came back out to open it a little bit and help it drain.  There just wasn't much drainage when she did.  She suspected it was moving higher in the hoof again.  Within an hour after she left I noticed some flies on her coronary band on the side where it was draining through the sole a little bit.  Then within another 10 mins, pus started to seep out of the coronary band.  Unbelievable.  Poor Super B.  Though I was happy because this meant there had to be an end in sight to all of this.

A couple days of soaking and drainage from the coronary band and there was still enough swelling that was rising about her fetlock to make me uncomfortable.  She was also still three legged lame, so obviously extremely uncomfortable. So, I called the vet out again and she opened the sole a little more to help drainage and when she did blood and pus came spurting out.  She also started her on a course of SMZs since this thing was being so stubborn. 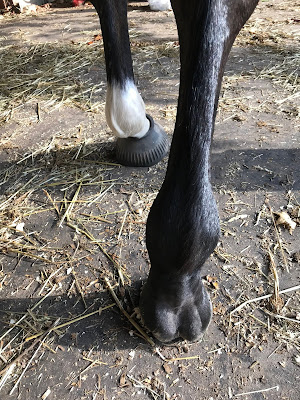 Some of the swelling. 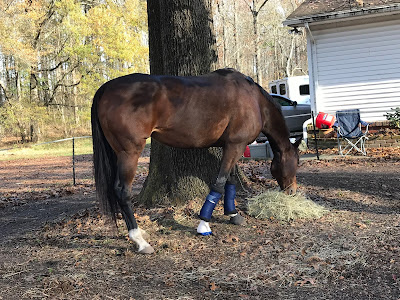 FINALLY, a few days later Super B was starting to walk better and the swelling was decreasing.  I continued to soak and wrap with CleanTrax and Animalintex.  She also started to be much more cooperative with letting me handle that foot.  Of course, because it didn't feel like it was on fire anymore.  That abscess was a MONSTER.  No wonder I started feeling some lameness a month before it blew. 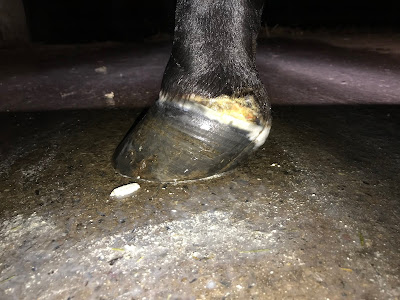 She got her shoe back on last weekend and I stopped wrapping and just have been keeping it clean.  It is starting to heal nicely and she is feeling better by the day.  She is now totally sound at the walk.  It came in little increments.  First sound in a straight line, then sound when pivoting on it or turning. This thing is massive and I cannot possibly imagine how uncomfortable it was to turn or pivot with that massive gap at the coronary band.

I haven't ridden her in over a month now, and I'm having serious withdrawals.  Though when I do get back on her, the shoeing changes and now this thing out of her foot...she will be twinkle toes.  the change we are about to make next month will also dramatically improve her feet.  She'll be out of the egg bars after a while.  She needs her feet to dry out (this weather up here has been unbelievably disgusting) and just more time to grow a better foot.  The x-rays that were taken a couple weeks ago were compared with the x-rays taken at the PPE and her angles have already begun to improve.  She still needs to just grow a better foot, which Farrier's Formula Double Strength has been helping with a lot. Give her another year and I suspect her feet will be completely remodeled.

In the meantime she has been enjoying life with the Canadians (Klein and Wes) and being treated like the Queen B she is.  While it has been disappointing because she was just starting to jump through grids really well, I have all the time in the world for her. 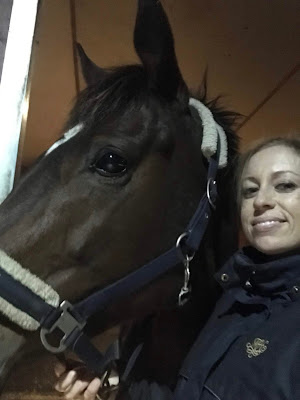 She's a mare's mare, but damn she is such a special girl. 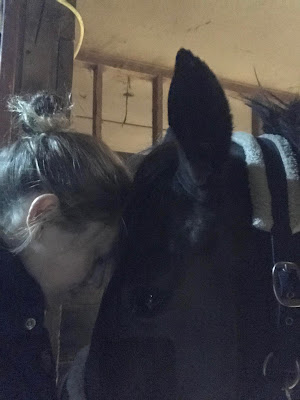 Posted by The Jumping Percheron at 9:42 PM