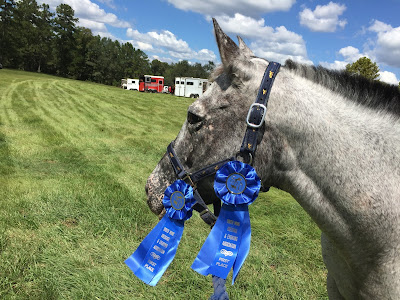 I didn't warm her up much for our first dressage test.  I wanted her to be comfortable with everything else going on.  Our warm up consisted of about ten mins of walking around to see the sights and watch the other horses in the warm up and then five mins of asking for some throughness and transitions.  Then we went to the edge of the dressage ring to watch the other riders until it was our turn.

The first test went well and I felt like if anything she was a little reserved.  I had already decided to kind of just let Mochs manage herself.  I wanted her to be comfortable with her surroundings.  I had no reason to suspect she wouldn't be comfortable.  She wasn't taking much notice of anything.  No weird looks at the judges stand or any one around the ring, the mirrors, none of it.  She's not a spooky mare and she doesn't care how crazy other horses act around her.  She ended up with a 67.19% (32.81) on that test. 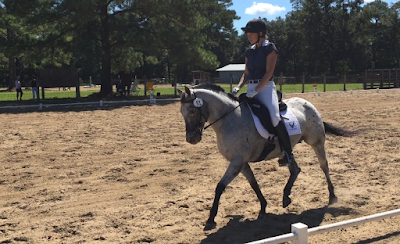 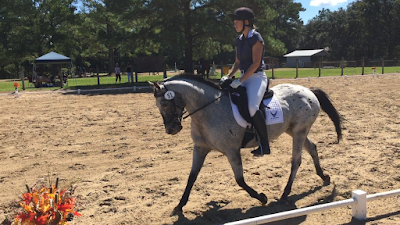 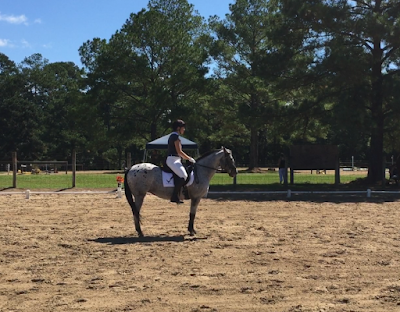 The second dressage test was about 45 mins later.  This one I warmed her up for a little more.  I wanted to get her working.  She was more forward for the second test.  She was very good, but I feel like her balance through the turns wasn't the greatest.  She ended up with a 65.31% (34.69) on that test.  I was super proud of her dressage tests! 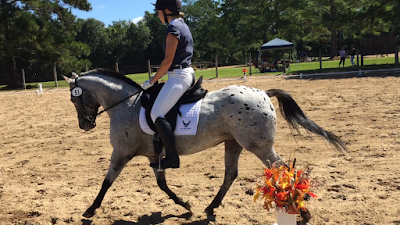 
Time out...can we just take a second to appreciate the transformation this pony has made?  Here is a picture from the first time I put Mochi on the lunge line.  This was before I bought her.  I could see through that, and her personality and the fact that she was instant bff's with Klein made me buy her despite being so out of shape and green. 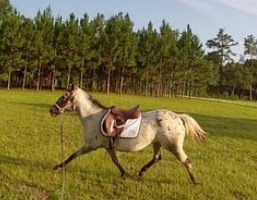 Um.  Yeah.  Now scroll up to the pic above again. 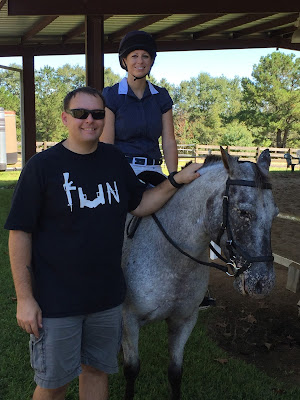 The many expressions of Moch.  She was napping before this.

Our warm up for stadium was interesting.  Mochs started out by jumping the tiny jumps like a gazelle.  The people around the warm up said "HOLY CRAP!  That pony can JUMP.  She just jumped that like it was 3'6"!!!  She has springs!"  Um yeah...totally uncalled for Mochs.  That tiny warm up fence was super plain too.  I have no idea what made her feel the need to be such an over achiever.  She was begging for me to let her gallop.  I figured our stadium wouldn't be the most beautiful thing in the world with her all wound up, lucky for us it was tiny jumps that are hard to mess up.

Stadium was up next and it was a really pretty course.  All the jumps were colorful and had flowers or other decorations.  I love courses like that because it's a great test to see if your horse is going to be looky.  Mochi normally is not.  She wasn't that day either.  The first round was cross rails.  Unfortunately, for Mochs, the best way to start that course was to come around on the left lead, which is not her strong point and we got a little disorganized a couple times with switching leads over fences.  She was double clear. 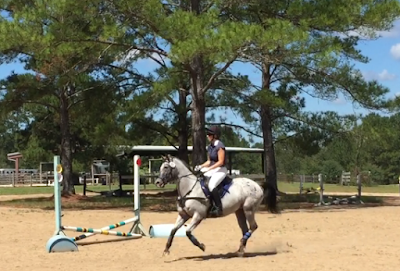 Locked on to the tiny cross rails.

The second stadium round was 18".  It wasn't the smoothest but Mochi did great for being so excited.  She had one rail in that round due to getting unbalanced through the roll back.  The roll back seemed to be set on an odd angle.  At first I thought maybe it was just me but I heard another trainer talking about it while they were walking around the course.  Other than that the course was very simple.  It was good for Mochi. 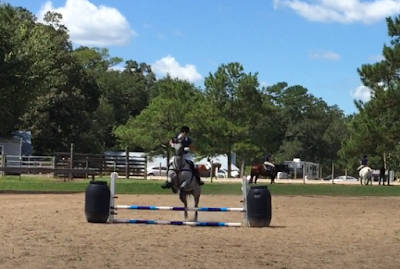 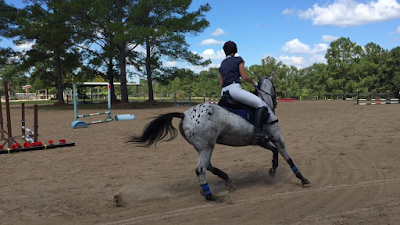 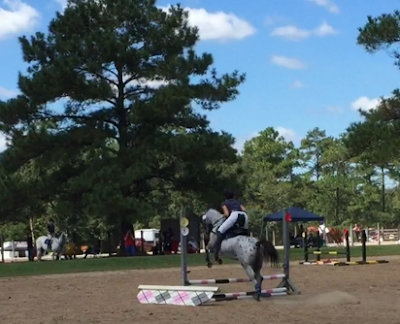 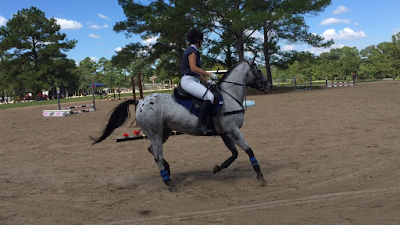 
All in all, a successful, fun day.  Mochs took home the blue in both divisions. 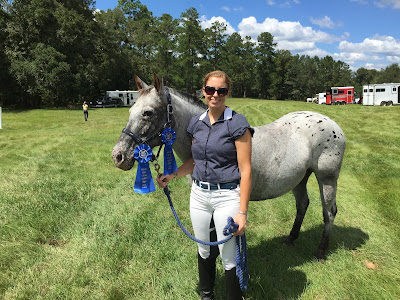 Go pony!
Posted by The Jumping Percheron at 10:48 PM