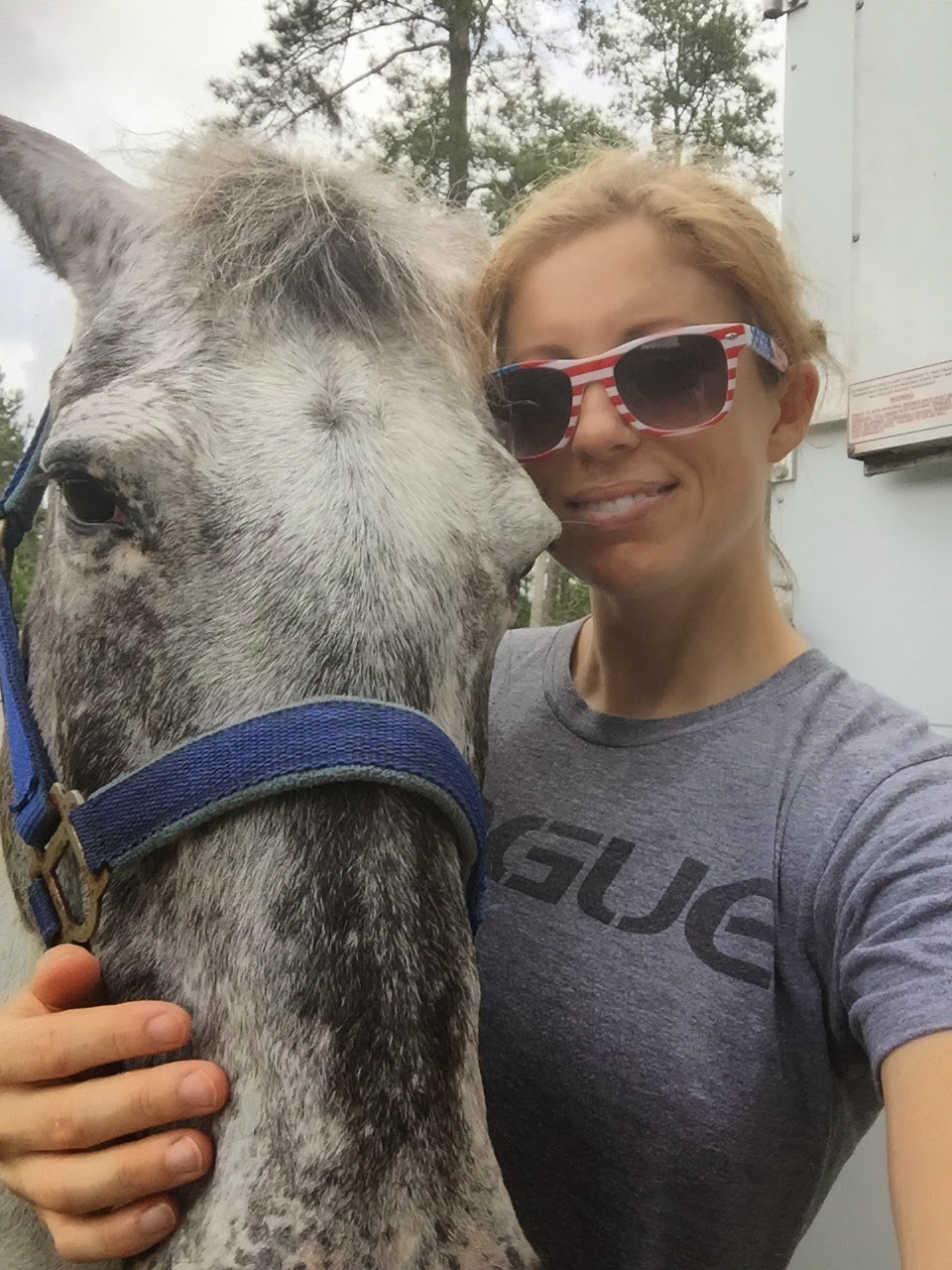 Ready to head out for a xc school.

I took Mochi to school some xc last Saturday.  Yes, I just started her back to jumping but schooling some small stuff would be fine for her.  Plus the place we went is just a great property to get out and ride on and has some decent hills on it. 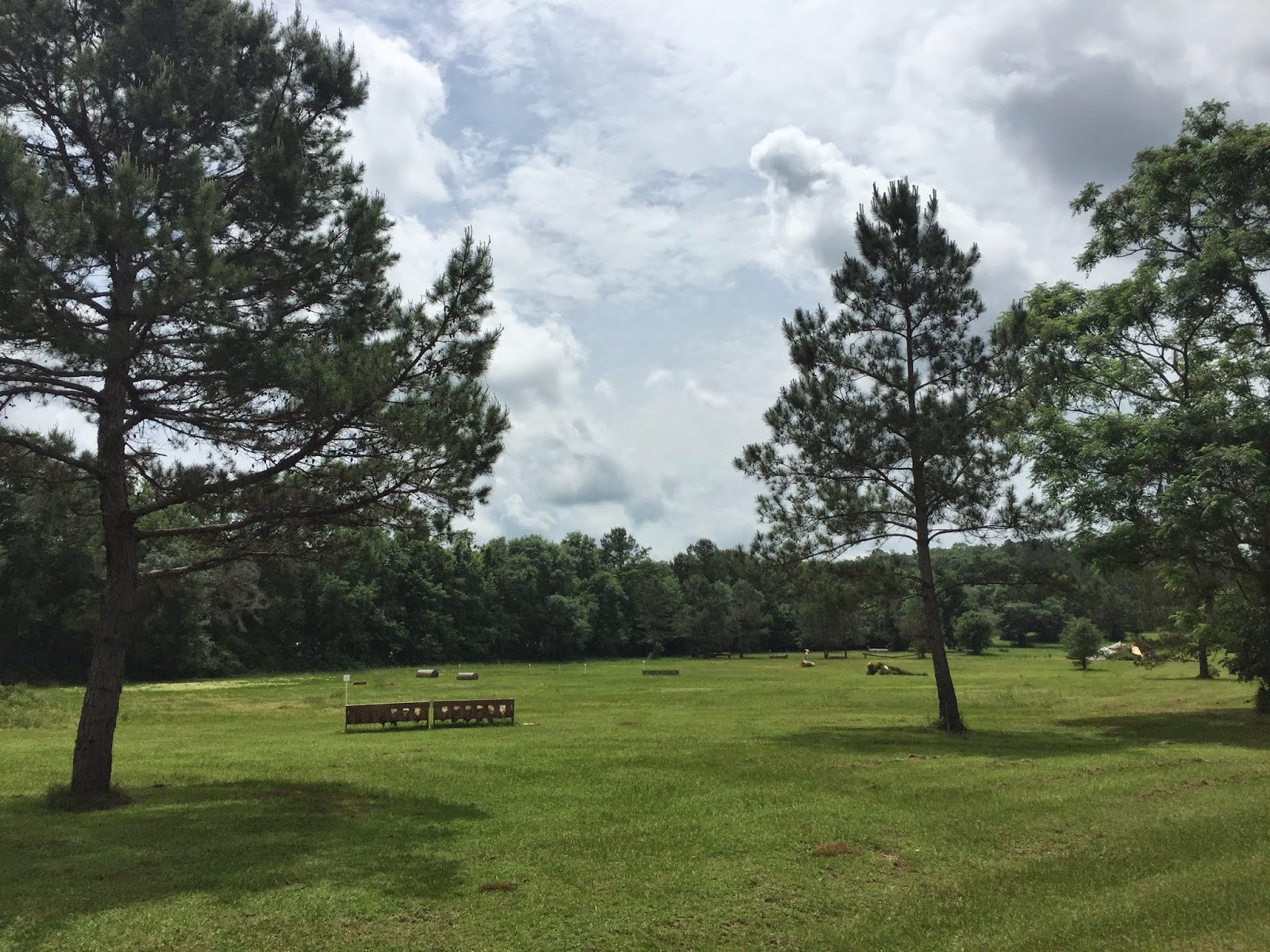 There was also an open show going on that day and I thought that would be good for Mochi to see.  I wanted to see if she seemed to take any notice of the horses and riders around.  If she did I was going to warm her up riding around with them but, she could not have cared any less.  See pic below... 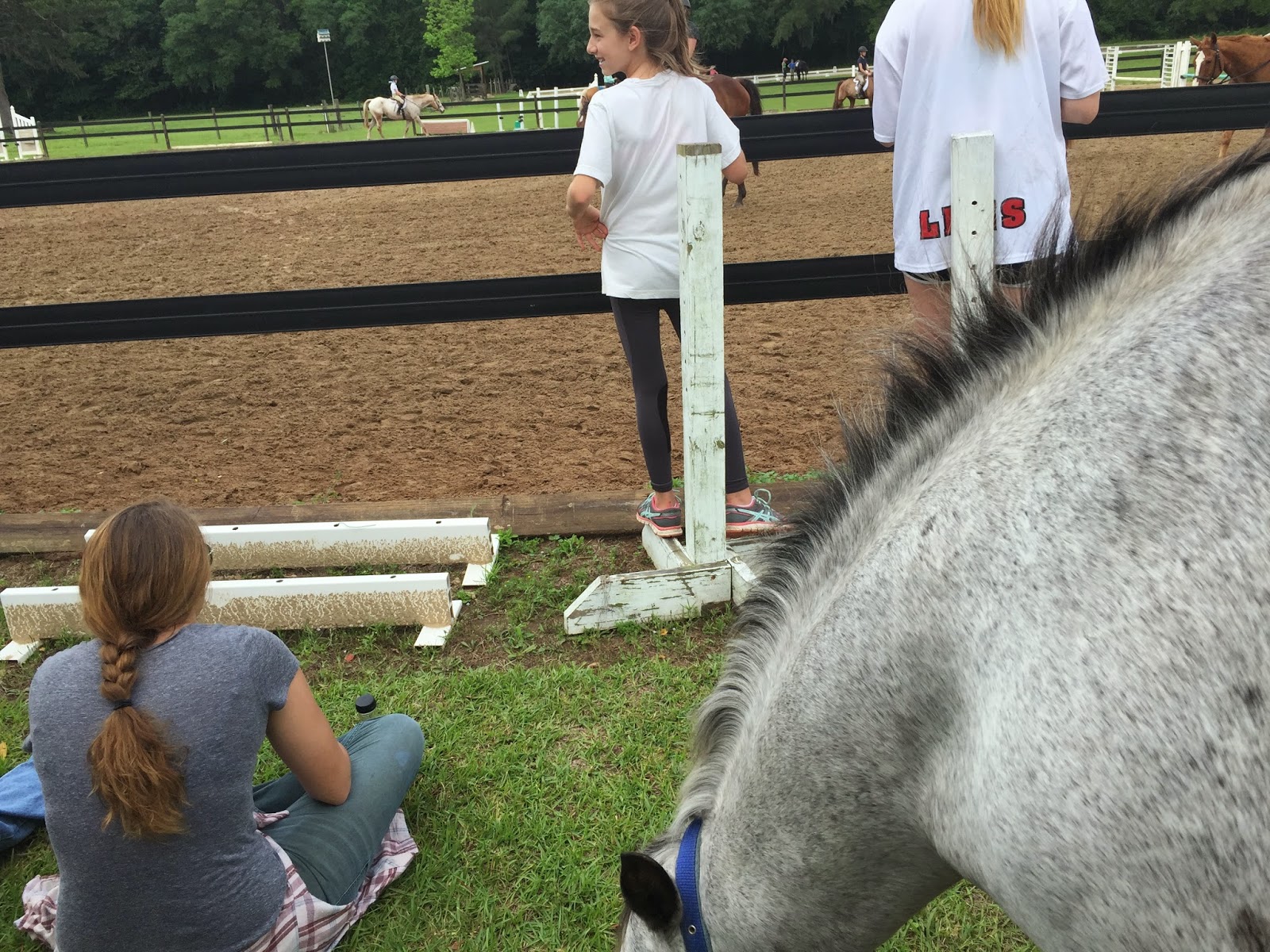 Um yeah.  File her under F for the amount of F's she doesn't give.

Everyone wanted to hang on her...and steal her.  Every time I take her somewhere some one has to say that her name should be Cookies 'n' Cream.  Mochs soaks that stuff UP though.  She would be the pony that 20 kids could hang on and she would be fine with that.  There was a little girl on a POA there.  Her POA mare was probably 12-13hh, so noticeably smaller than Moch, but could have been her smaller, roany sister.  She rode by us and yelled "I LIKE YOUR HORSE!"  I did watch her little jumping round and she and her pony kicked ass.  POA power.

Moch warmed up nice.  We just kind of trotted around looking at the fences and riding the hills. 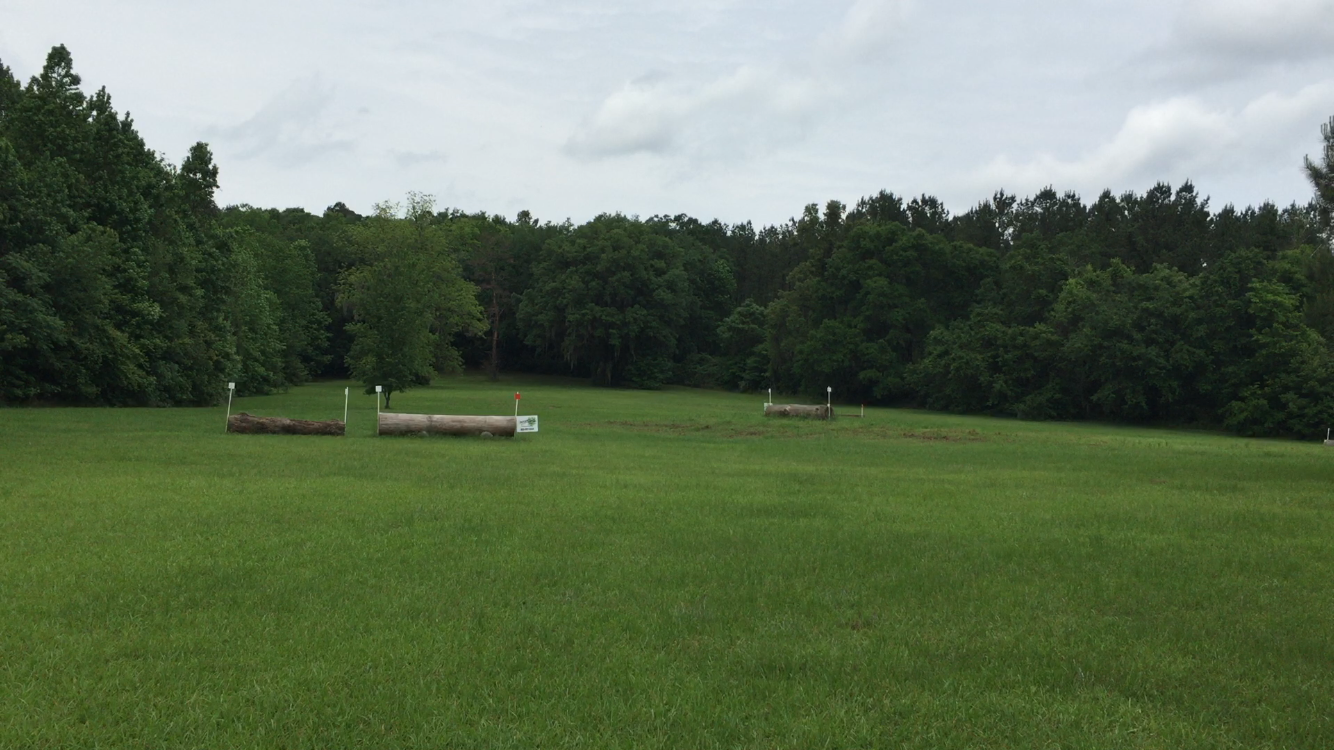 I love this place.

I started hopping her over small logs and she rushed them just like she does with stadium fences.  She just LOCKS ON to stuff.  I've never rode a horse that just zeroes in on a fence and goes for the attack.  She would have jumped anything I would have put in front of her, and if she couldn't, well...she would have tried it anyway.  Little horse, big heart. 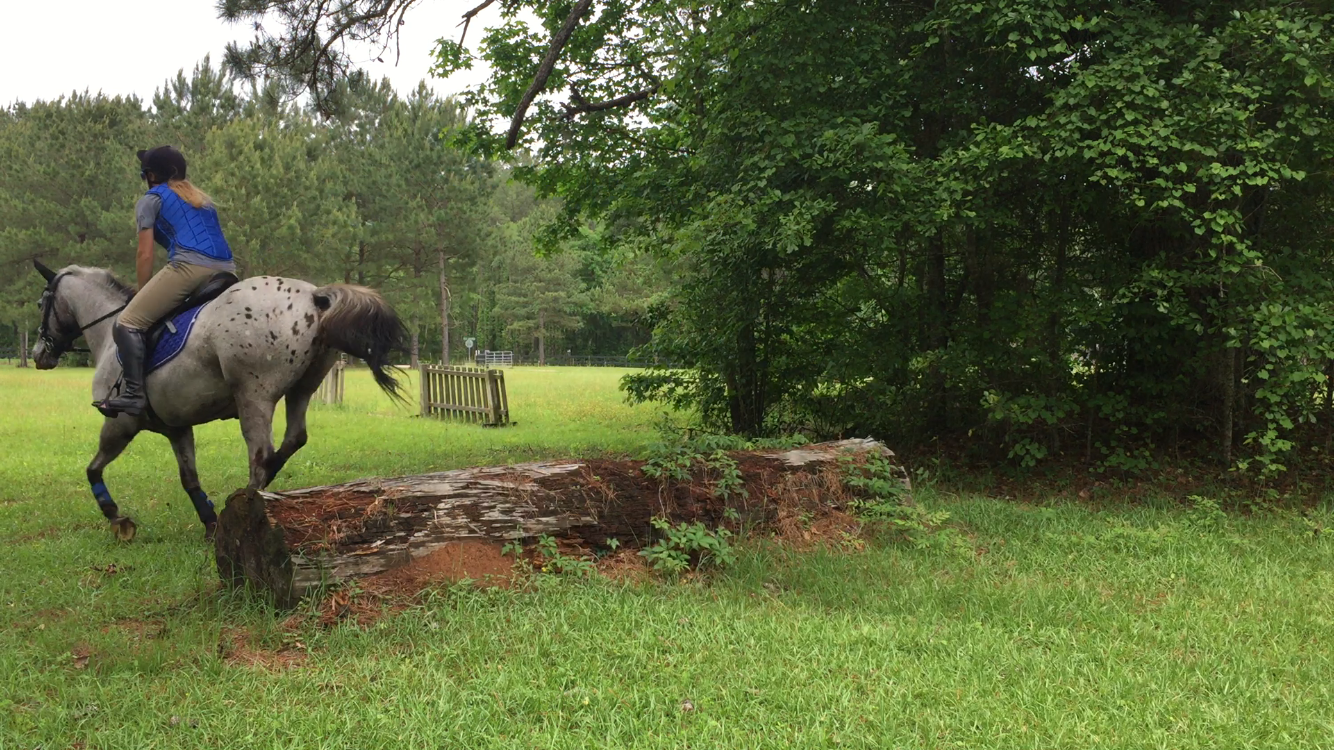 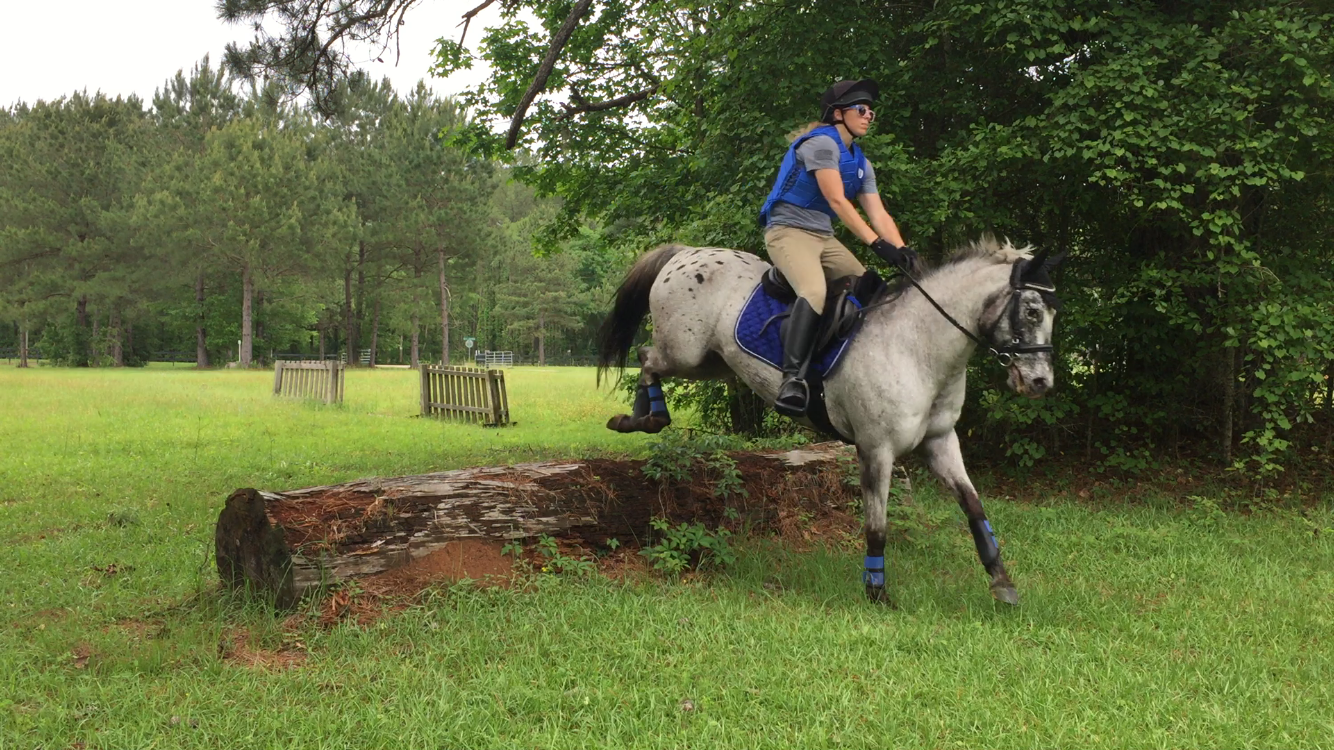 She jumped logs, ditches, and a small rail road tie vertical with some air in it.  Then I let her have a gallop. 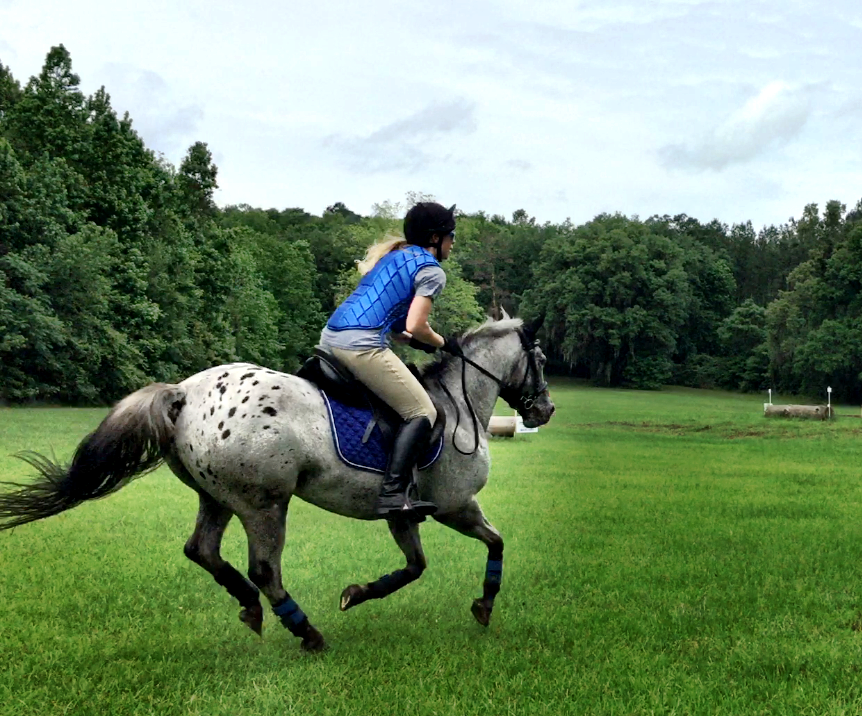 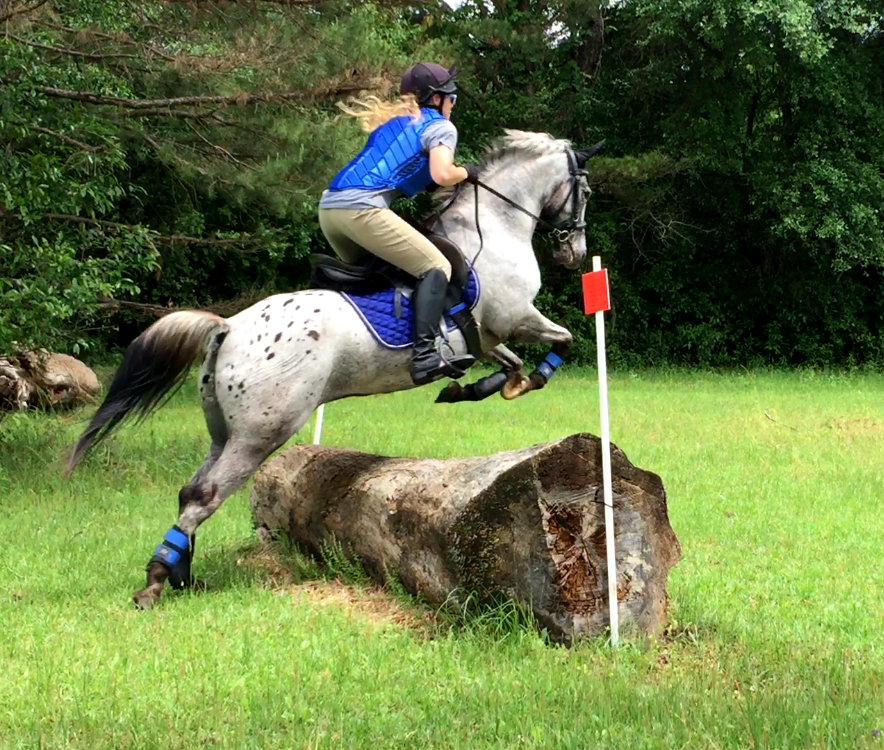 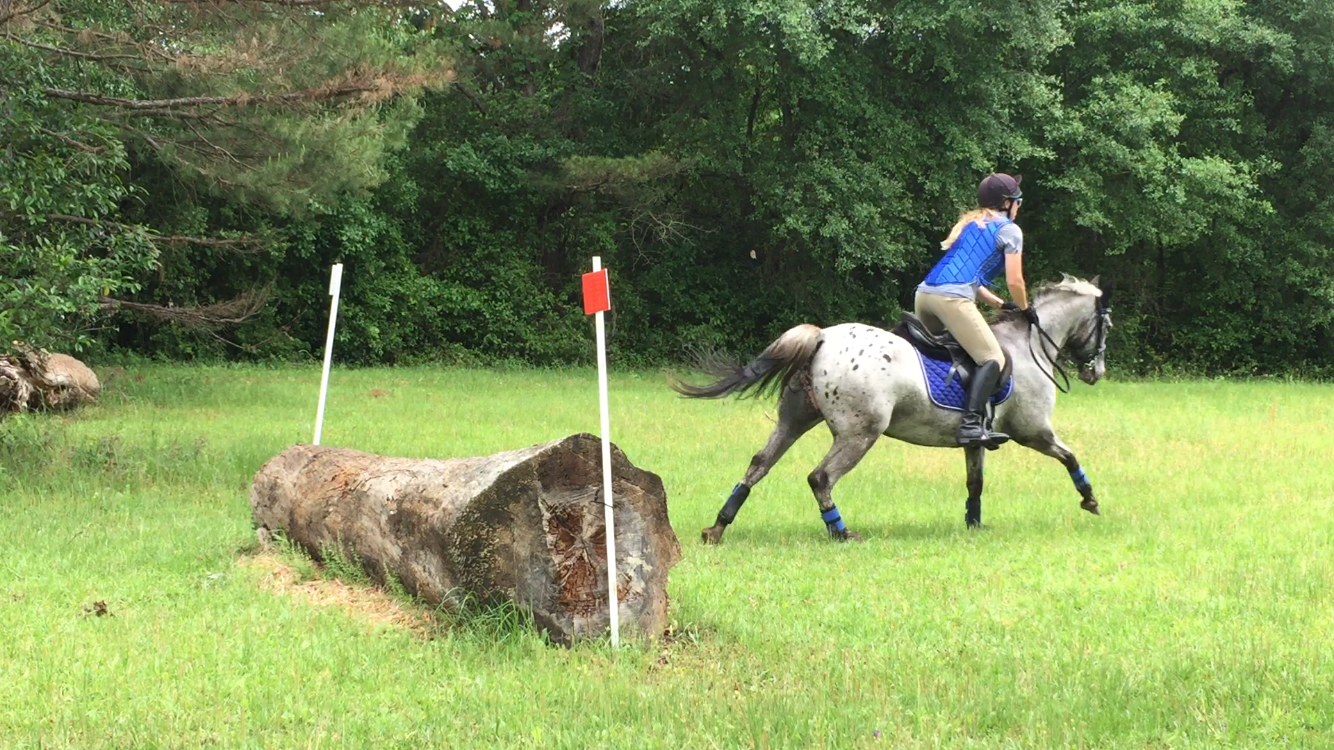 I am looking forward to putting in the miles Mochs' needs over fences.  I have been reading up on rushers and have some exercises from Doug Payne's book and some other gymnastics for her.  I also think it will take me a little bit to get used to her jump after jumping Klein for so long.  It is a LOT different but I just have no muscle memory yet for jumping her.  Partly the reason why my release sucks so much in the pic over the log.  I was getting left behind a bit.  Once we get in sync more, it will help us both.  I see a lot of two point on Moch coming up like...tomorrow.

Overall, I'm so impressed with how brave she is.  That was of the reasons I bought her.  She was great on Saturday.  It was a good test run and I am definitely looking forward to getting her out to some Starter level events, because that's where she needs to be right now.

Her breastcollar came in from England today too.  This is the same one Klein has, I love it and can only find it in England.  There were a couple of you that asked me last time what Klein's is and I couldn't remember.  I had to search for it again to get this one for Mochi and I found it, obviously, and...it's a Harry Dabbs. 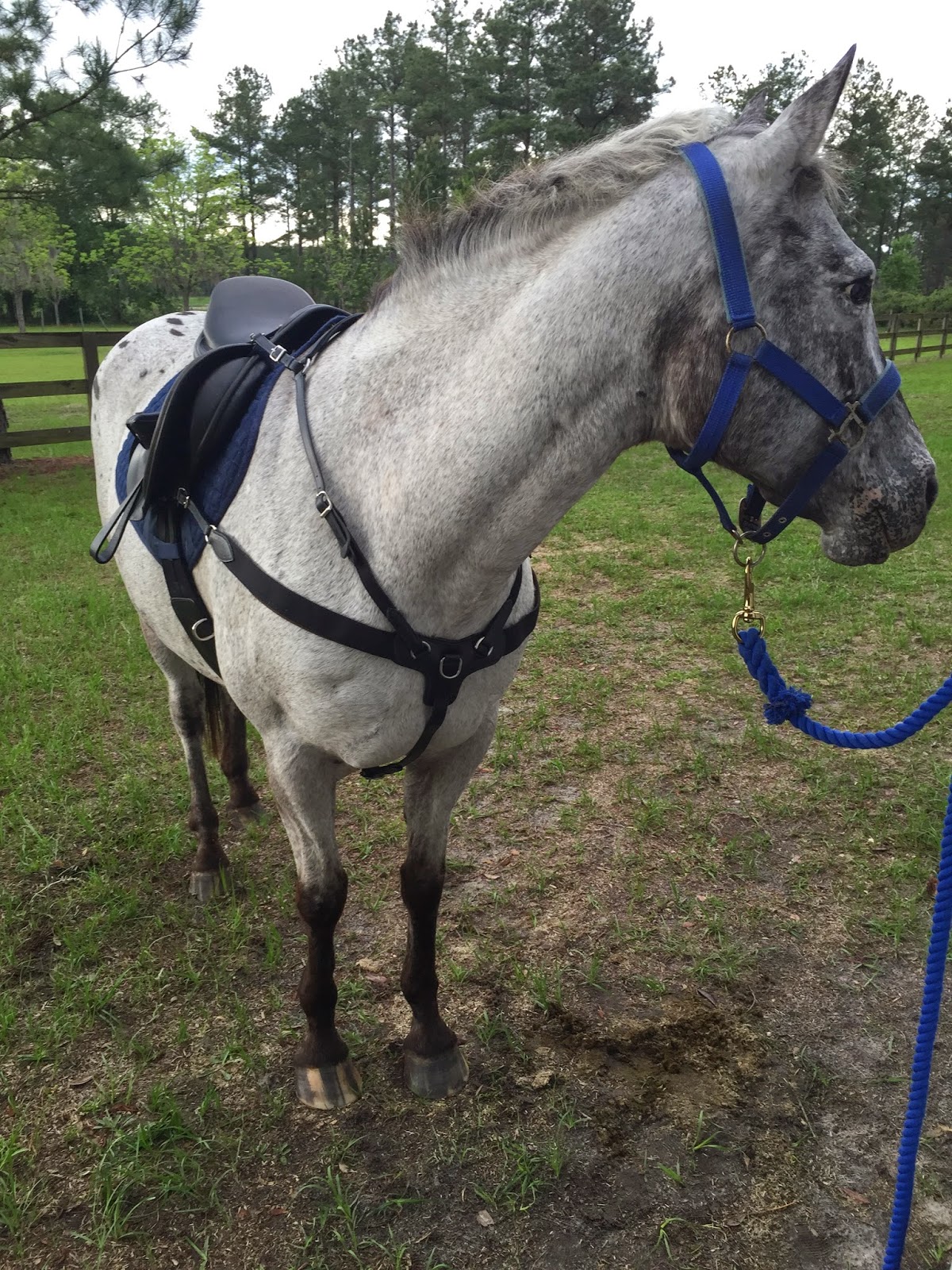 Because what event pony doesn't need a Harry Dabbs five point from England?
Posted by The Jumping Percheron at 10:44 PM