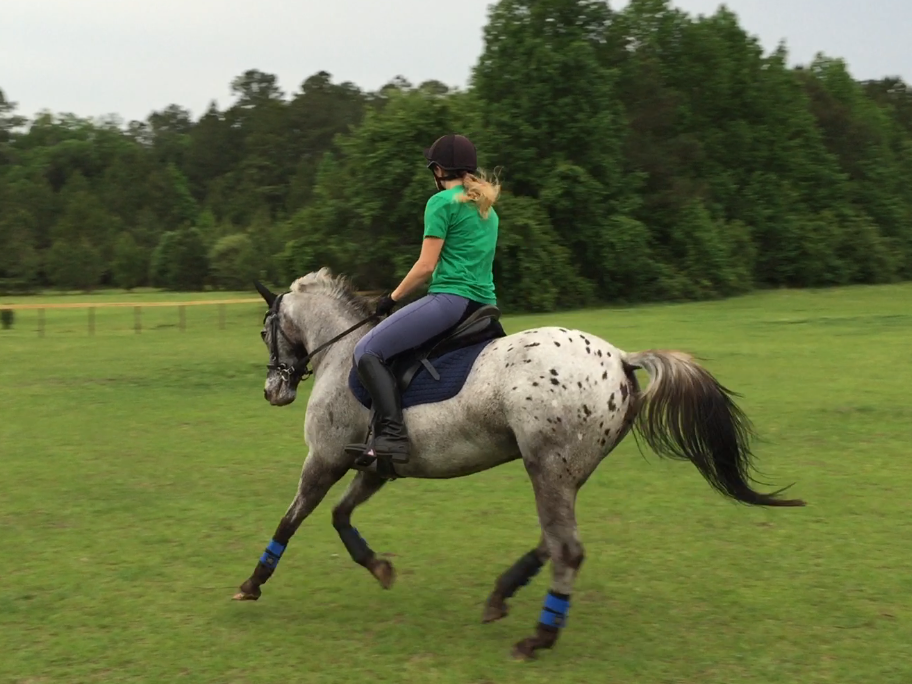 Mochi has been just AWESOME lately.  She is so smart and willing.  Her dressage work just keeps getting better and better with each ride.

Last weekend I rode with my dressage instructor, who is also a good friend of mine.  So when I don't take lessons with her and just go over to ride, we usually just go for long hacks.  She is a dressage queen that actually understands the importance of getting your horses out of the ring.  When we go for hacks we incorporate some subtle dressage work too.  We sneak in shoulder-ins, and leg yields, transitions within gaits, etc...  Last weekend she would half pass back and forth across the dirt road and Moch and I would leg yield.  She will also give me pointers along the way on our rides, so I learn things every time I go over there even if we are not having a formal lesson.

She rode one of her horses and we did eight miles.  She had another horse to ride and I decided to just stay on Mochi and keep riding.  Mochi didn't seem tired in the least.  While she was tacking up her next horse we rode in the ring and did about a mile.  After she got on we went for another three miles.  Total, Mochi and I did another 12 mile ride.  Mochs looked and felt great at the end of that too. 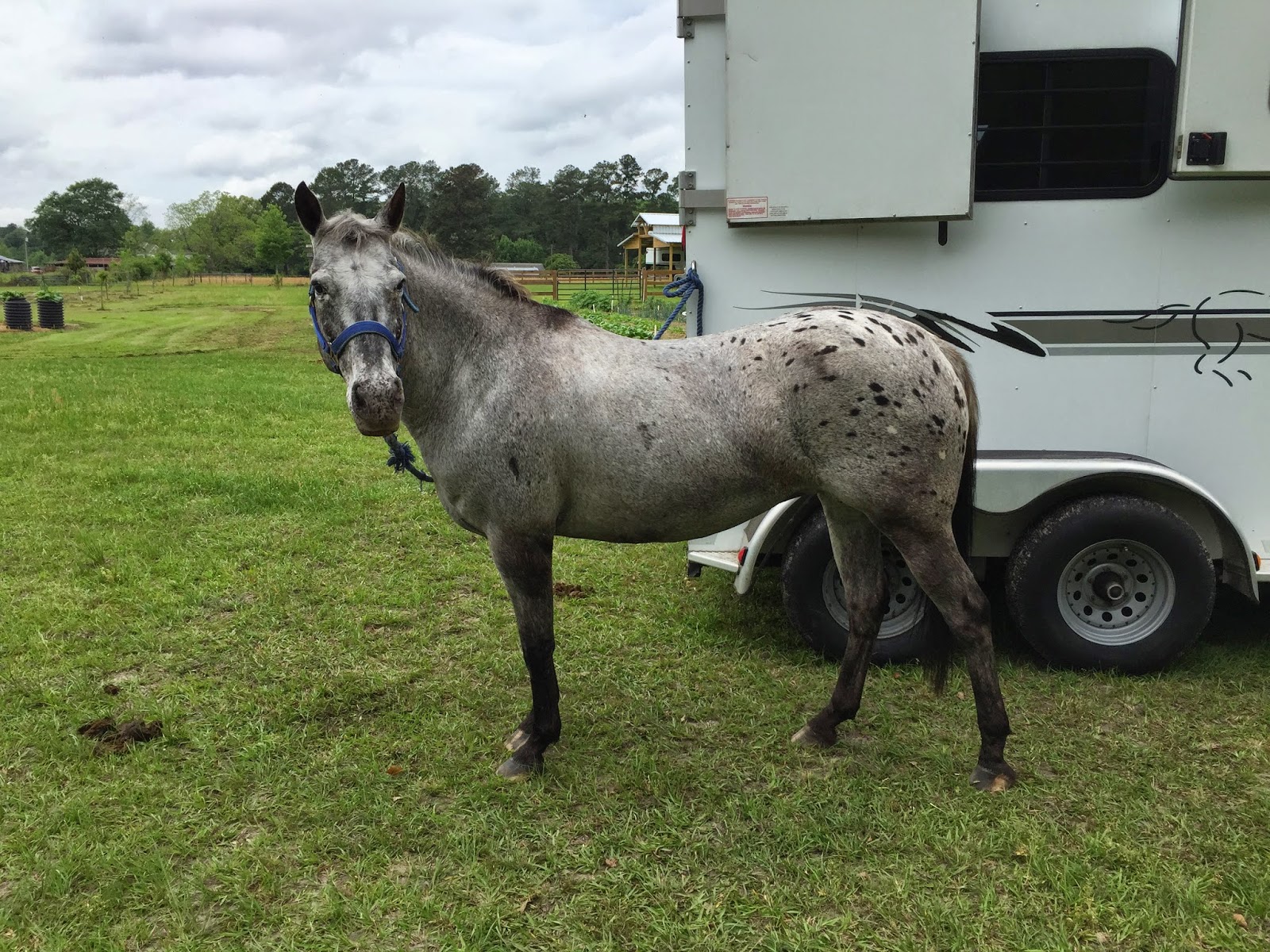 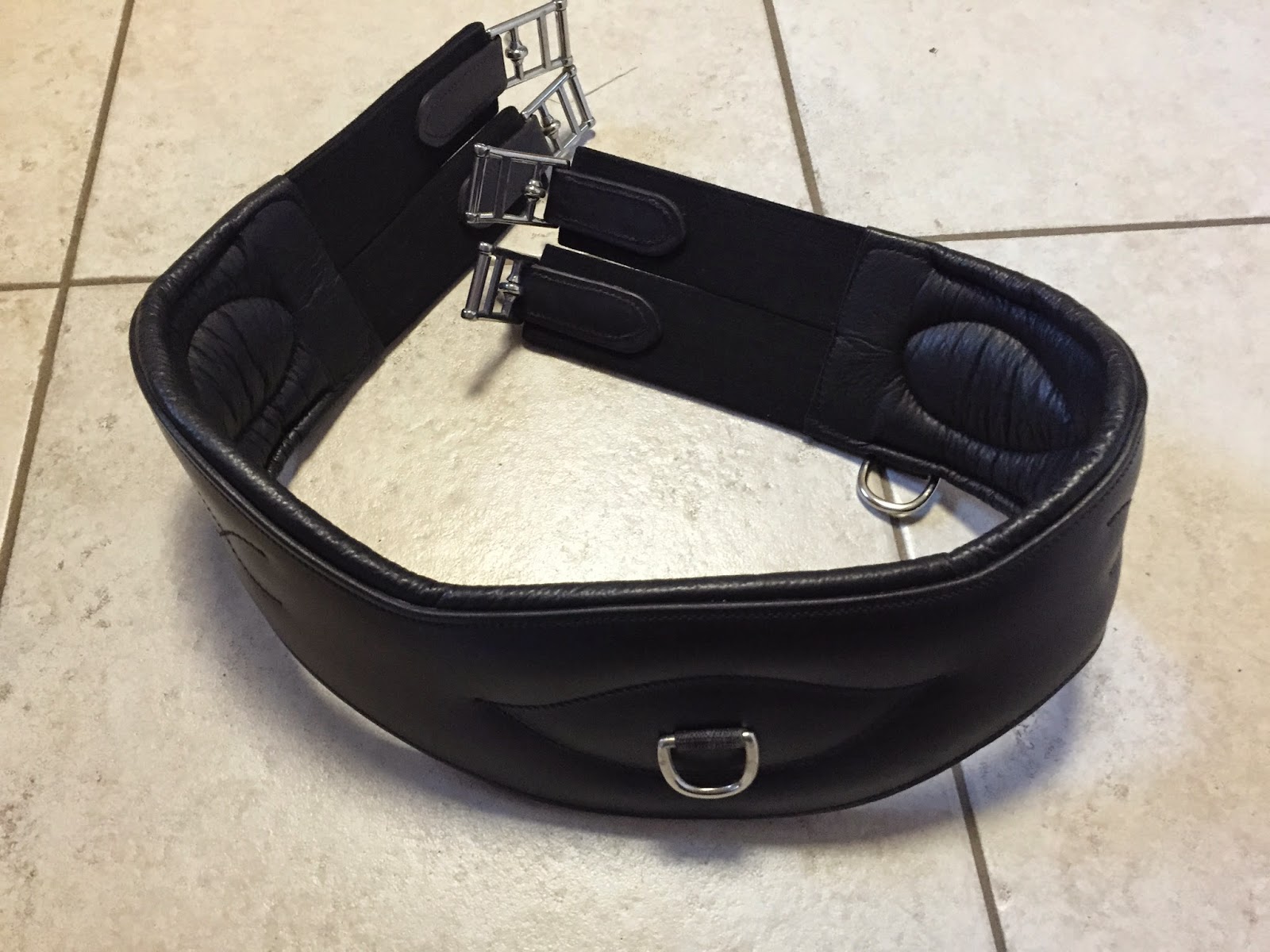 I love these things!!!  This is my third one.  Next I will order Mochi one for her dressage saddle. 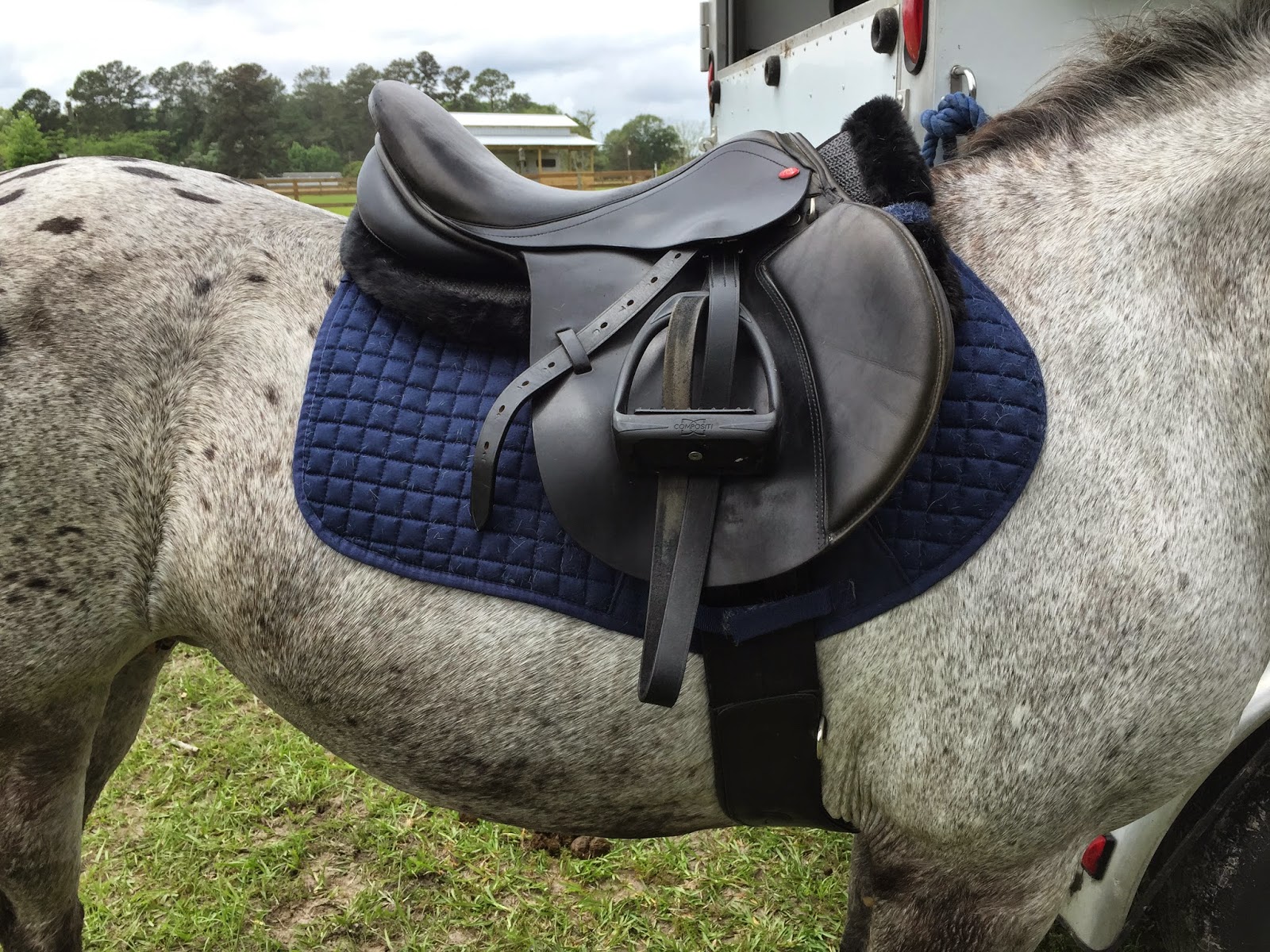 Mochi with her TSF Shoulder Relief Girth on.

The girth was what I was waiting on so I could start Mochi over fences again.  I hadn't jumped her in just over two years until this week.  She just was so unbalanced and rushy that I quickly realized she needed some real training on the flat.  This was shortly after I bought her.  Then she ended up being a pasture ornament for a while...like two years. 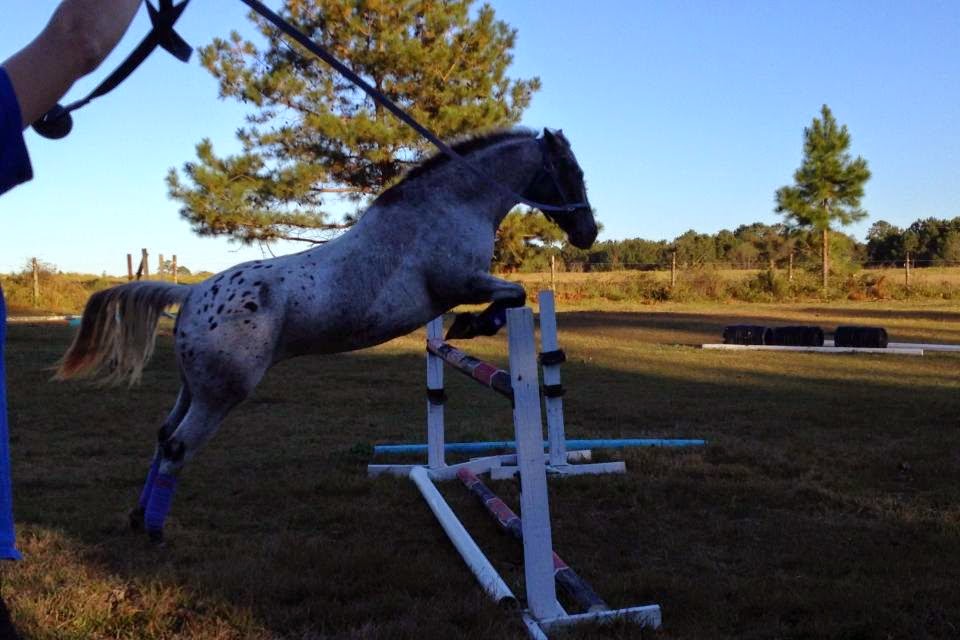 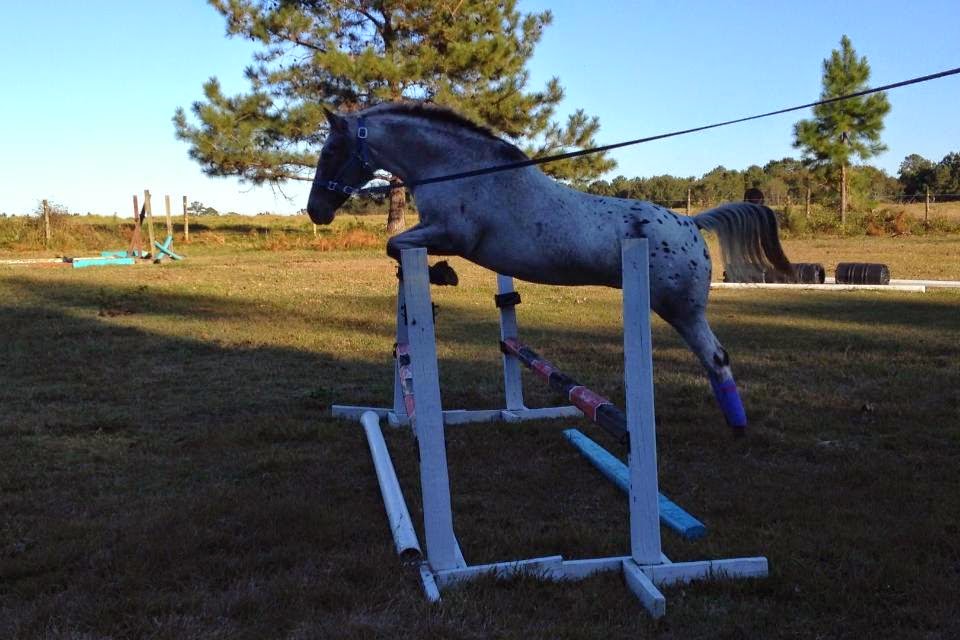 Over a little oxer.  Look how much she cleared it by haha.  She is an adorable little jumper.

I started off our jump school this week with Moch in her hackamore.  I did remember her really rocking back and launching and I thought the hackamore would be a better idea so if she did do that she wouldn't end up getting me behind the motion and catching her in the mouth.  If you look at the 2012 jumping picture you'll see she was in a hack then too.

The hack quickly proved to be almost useless against a pony that rushes fences like a mofo. *face palm*  This is approaching a fence in the hack.  Um...yeah, no.  I totally appreciate her enthusiasm but, NO. 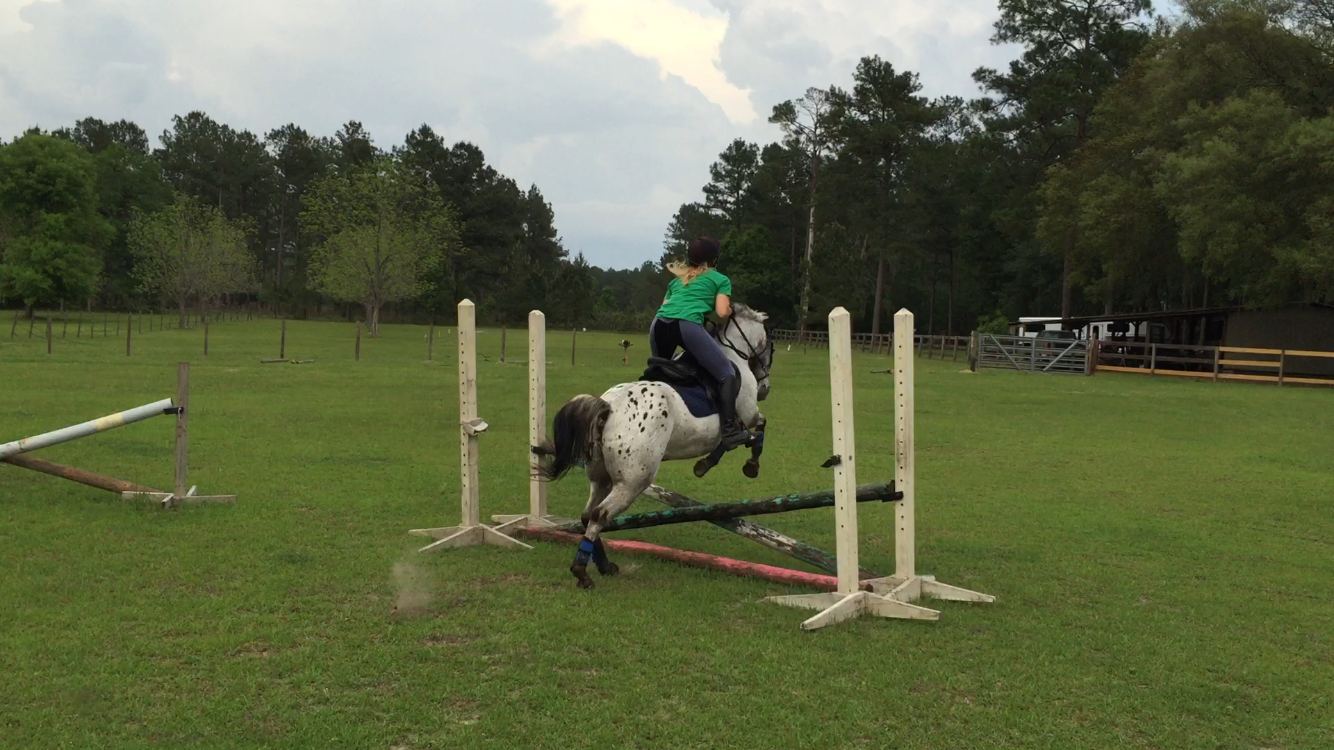 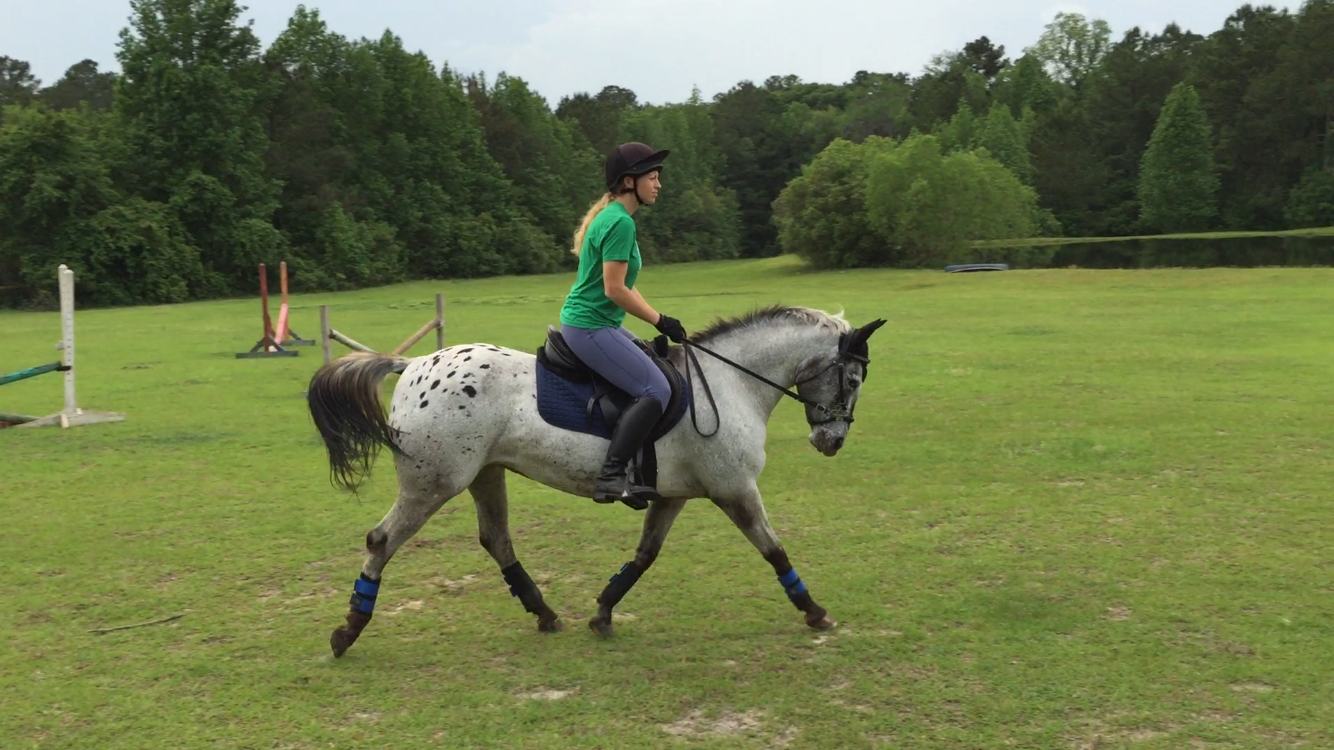 Still in the hack.


Here she is rushing a fence, then we get buzzed by A-10's.  Happens all the time.  The ponies are used to it, as you can see Mochs pays them no attention.  In New Mexico it was F-22's.  The barn was right under the pattern on base.  We would regularly be buzzed by F-22's on final.  They also would break the sound barrier over us on a daily basis.  The sonic booms would make your ears and chest pop.  The ponies were used to that too.  At least A-10's aren't super sonic.  But they do have huge guns on them, but that is more of a loud rumble when they fire them.

I had to really work hard to sit up and engage my core to get the little freight train to lighten up and not try to plow into the approach to these little cross rails.  She was listening but it was a little too easy for her to just fall forward and rush.  I did put a ground rail 9ft out from one of the cross rails to see if that helped, it did a little but she could still fit in some rushing when she really felt like it.  Here she is in the hack over a cross rail after I got her listening a little more.

*Note*  I know she is overflexed in the still on the video above.  That was in the hackamore.  She knows how to curl under to evade it and get heavy.  Tsk Tsk pony...
In the middle of the ride I decided to go ahead and switch out her bridle to the one with the Boucher in it.  That is what she has been going so nicely in.  After getting a feel for her and how bad she was rushing, we needed the Boucher.  She was instantly much lighter.  With the combination of Boucher and me making sure I sat up and really engaged my core I got her to stay lighter and slow up her approach to fences. She was more balanced and felt much better. 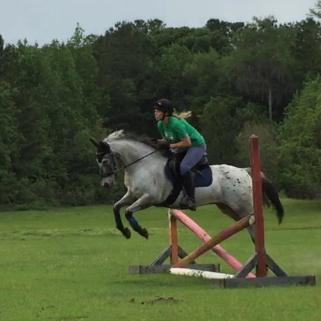 She was getting each lead I asked for correct over the cross rails too.  With that and becoming lighter, after a couple jumps I praised the hell out of her so there was no question she knew she was doing the right thing and we called it a day for jumping and worked on her canter a bit.  This little pony soaks up being patted and hearing "GOOD GIRL!!" 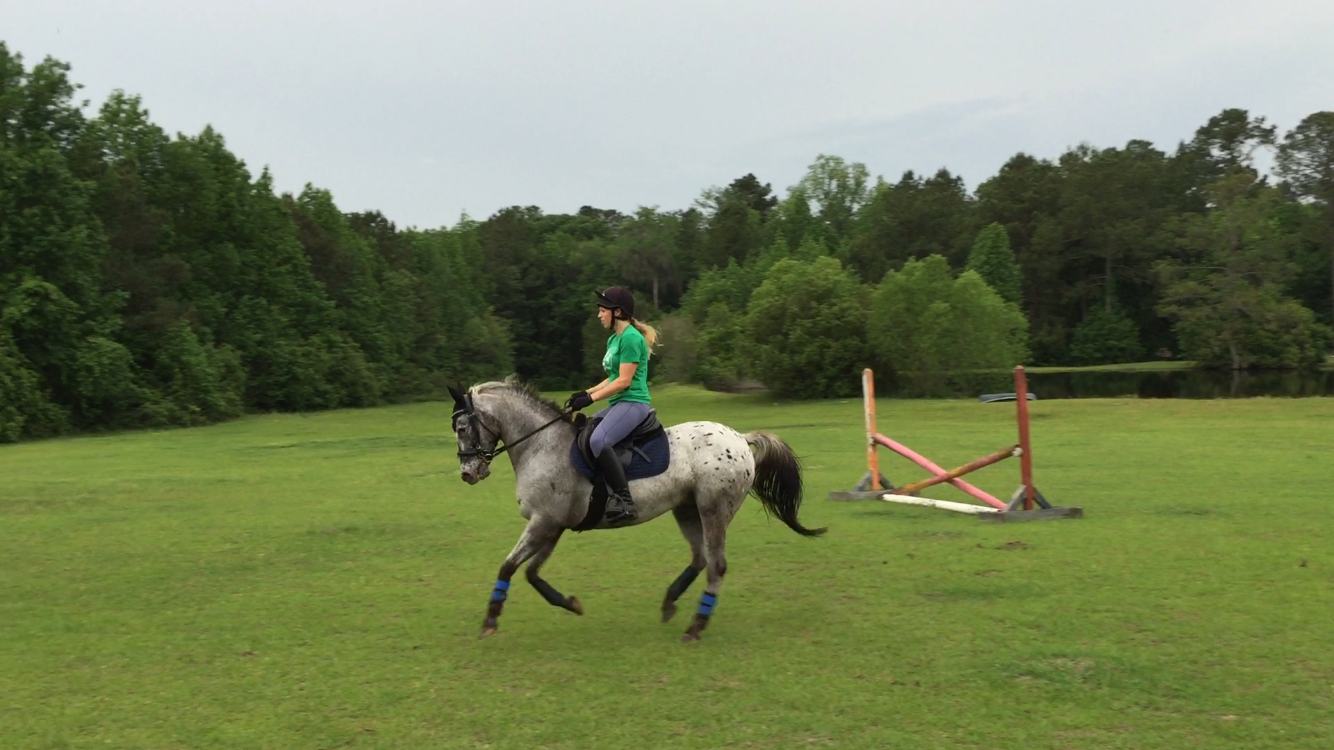 The next day she got a massage and chiro adjustment.  I kind of expected her to have some sore spots being that she has come back into work fairly recently, but she had none.  Our chiro/massage therapist said she felt like she wishes all horses could feel.  She only had to adjust a couple things but nothing that would indicate that any work or saddle fit is making her sore.  I am thrilled with that report. 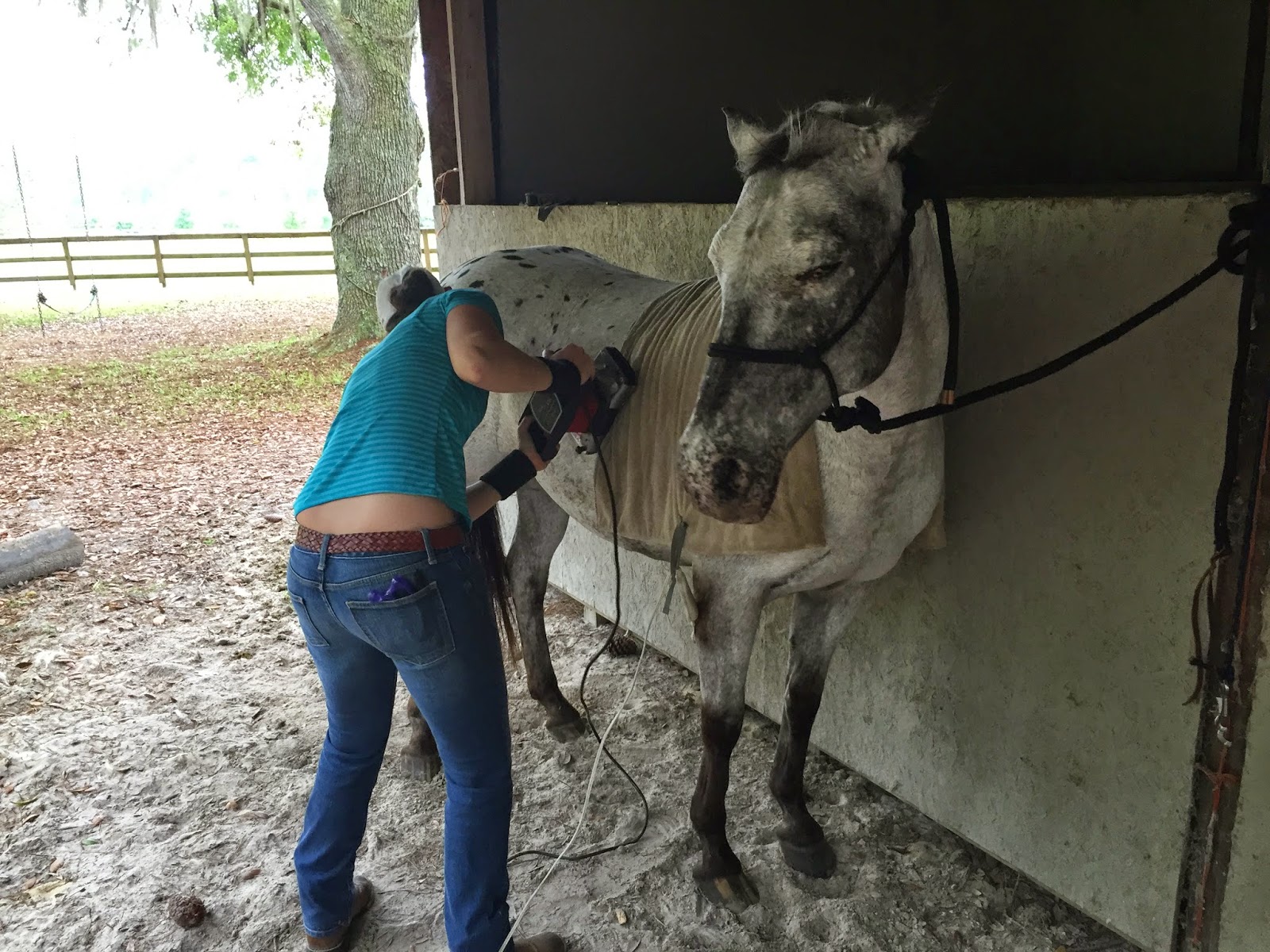 I jumped her again the next day a little bit and she did better.  This rushing thing will take a bit to go away and gymnastics will help her a lot.  There's a lot of gymnastics in her very near future.  They helped Klein a ton when I started her over fences, and the still help her of course.

We did some canter work again and I got her to create some lift in her front end and carry herself pretty nicely.  It was just a few strides here and there, but it's there already and that, we can build on.  I was pretty impressed when I felt her lift and slow her pace because she found some balance in her canter.

Seriously having fun with My Little Mochi.
Posted by The Jumping Percheron at 7:15 PM