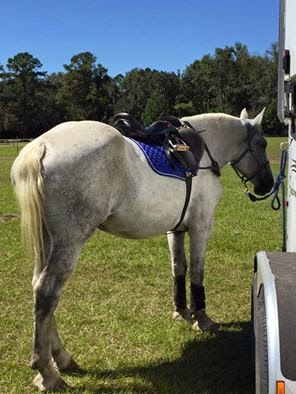 Tacking up to warm up for our lesson.

One habit I have always had is I lean forward.  I ride like a jockey sometimes, and I know it.  I don't know why I do it, it's just one of my habits.  One of the first things she caught me doing...leaning forward, of course.  Good.

The horse she competes has a similar disposition in the ring and she had a pretty good read on how Klein was working.  She also has no discrimination against Klein and immediately loved her.  Relief...no prejudice, but, she is an eventer and I really haven't had many negative comments from any fellow eventers.  Most times, anyone that has any kind of breed prejudice against Klein watches her jump one round and instantly ceases any questioning comments. 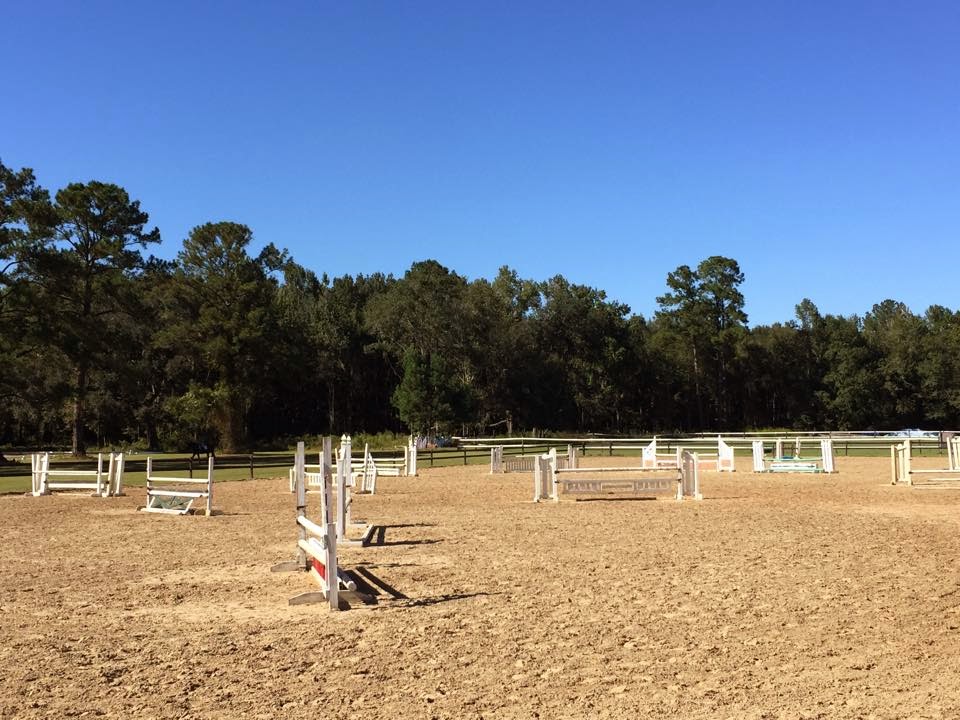 Our playground for the day was at 3'3".  First she watched us warm up a little and go over some smaller stuff then we started working over the 3'3" and...she put us to work,  with tight rollbacks and jumping downhill.  So, rollbacks...yeah, SIT UP.  She told me to LEAN BACK because of course it feels like you are, but really, you're not.  Especially when you have developed a habit, you have to get a feel for where your body should be, and learn that feeling so you know you are there when you get to it.

She fixed us up immediately.  Not like the habit disappeared into thin air, I have my homework that I will absolutely work on between now and our next lesson.  After she had me where I was supposed to be, I was able to give Klein a lot more of a helpful ride to the fences.  I got her in a more upright, quality canter and I could tell the difference right away.  Same with going through a tight rollback that you came downhill to a vertical, then continued downhill on the left lead to another vertical, jumped, landed on the right and made the tight turn to the next vertical.  It took me a couple times to get it right.  I missed the distance the first couple times but Klein still saved my ass like usual and cleared it anyway.  The main issue was I pretty much had zero time to get myself repositioned on landing and set up for the next fence because I had to THINK about how I need to fix myself from my usual position.  So, I had to eliminate the "let me get where I'm supposed to be" and just BE THERE upon landing.  We got it and now I can't wait to work on it more.

One of the other rollbacks was a tight turn off a vertical to an oxer and that one wasn't such an issue.  The jumps were set from a show the day prior (I wanted to go but I got home the night before from Miami) that had a WEG course on it.  So we were riding that, which is also the reason for such twists and turns on it.  It was great.  That is what we needed.  Next time, we'll get some video. 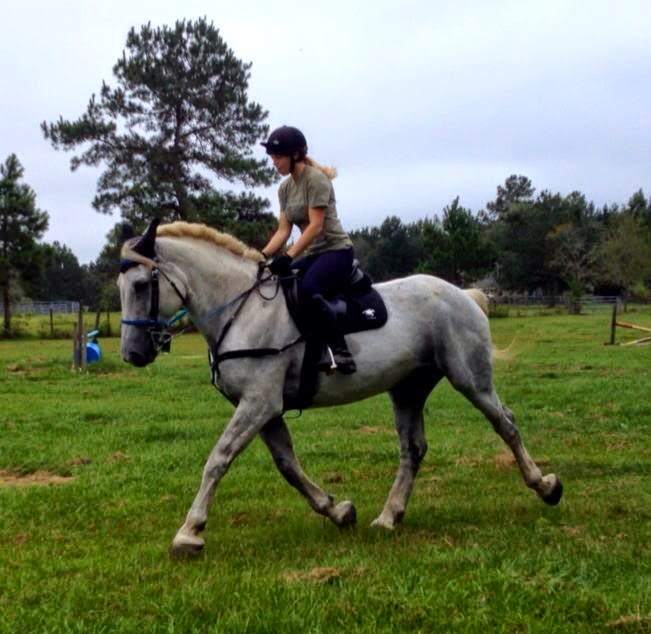 Klein doing what she does last week during a warm up.
Posted by The Jumping Percheron at 9:14 PM