Klein on XC and Wes Grazes!!! 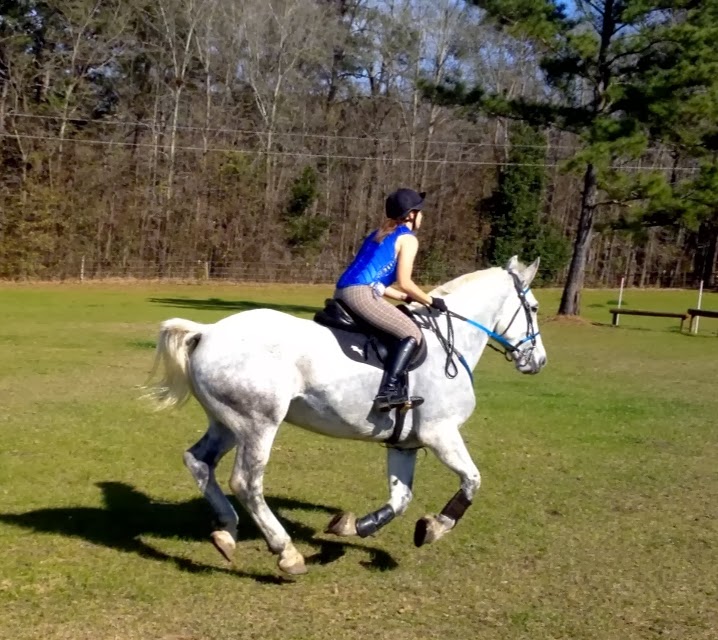 Cruising out on the course.

First, after the amount of studying and homework, oh and finals I've been doing lately this post isn't going to be doing too much talking.  The pictures will definitely tell the story!

A week ago we headed to Florida to ride some cross country.  Of course Klein was awesome like usual and we had a great time! 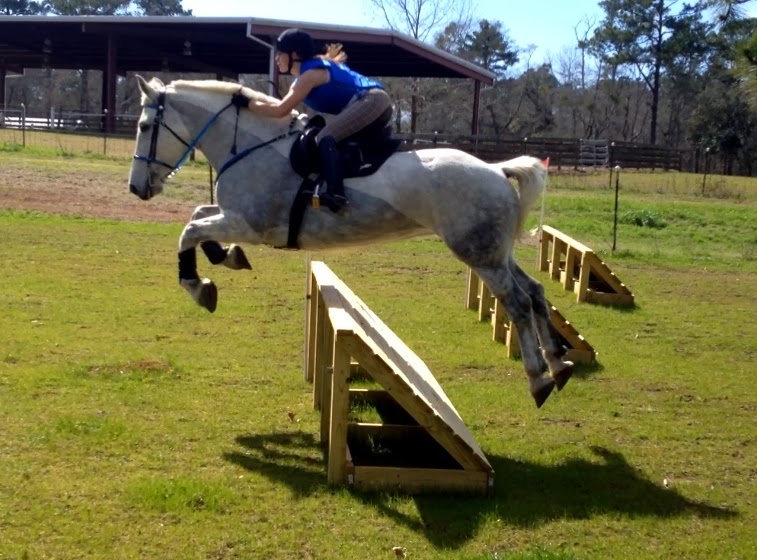 Gah...what is going on with my release?  Must fix. 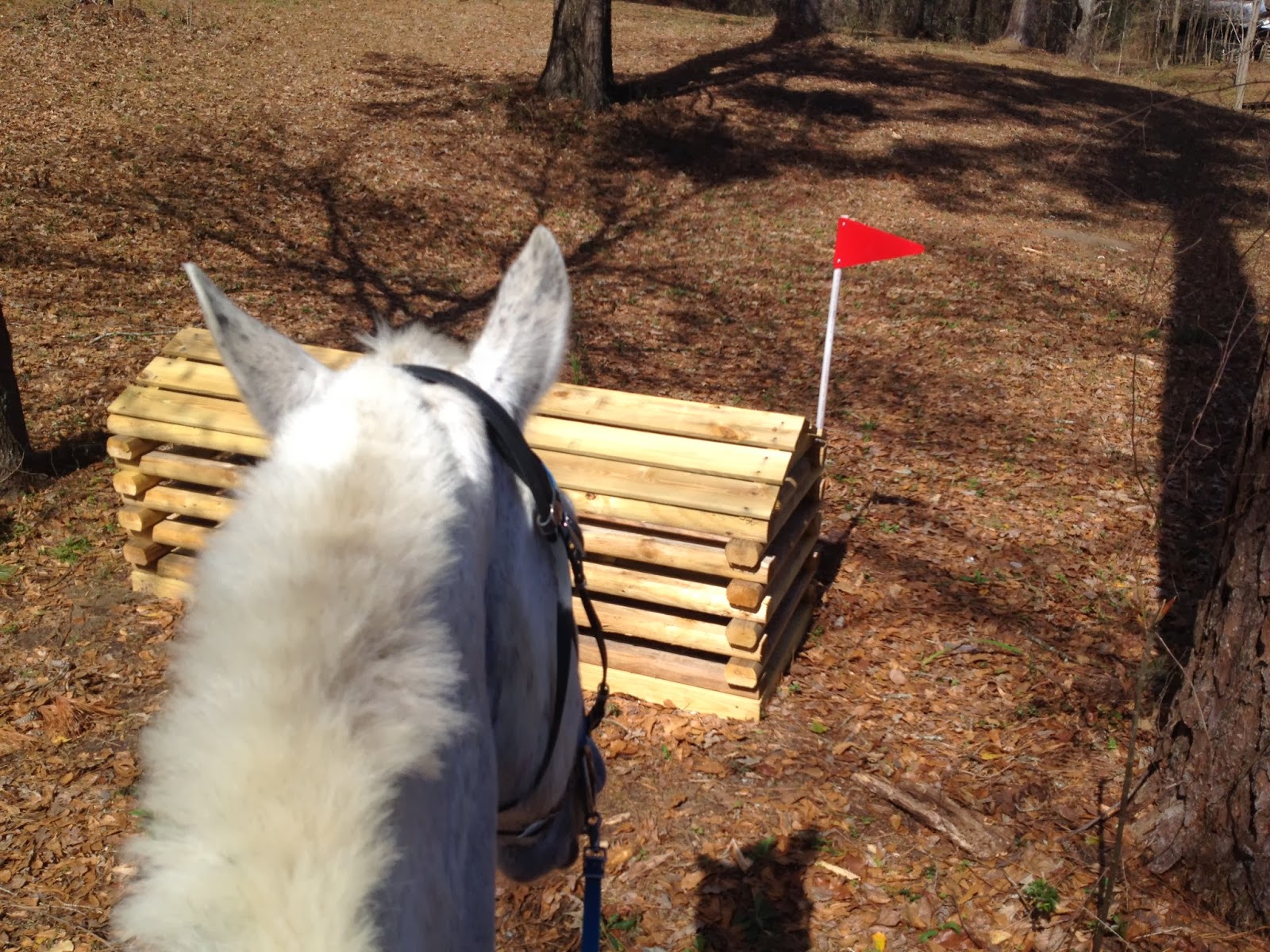 The adorable cabin on our course.


I'm pretty sure that Klein feels like a room without a roof when she's out galloping a xc course, and that this song is running through her head: 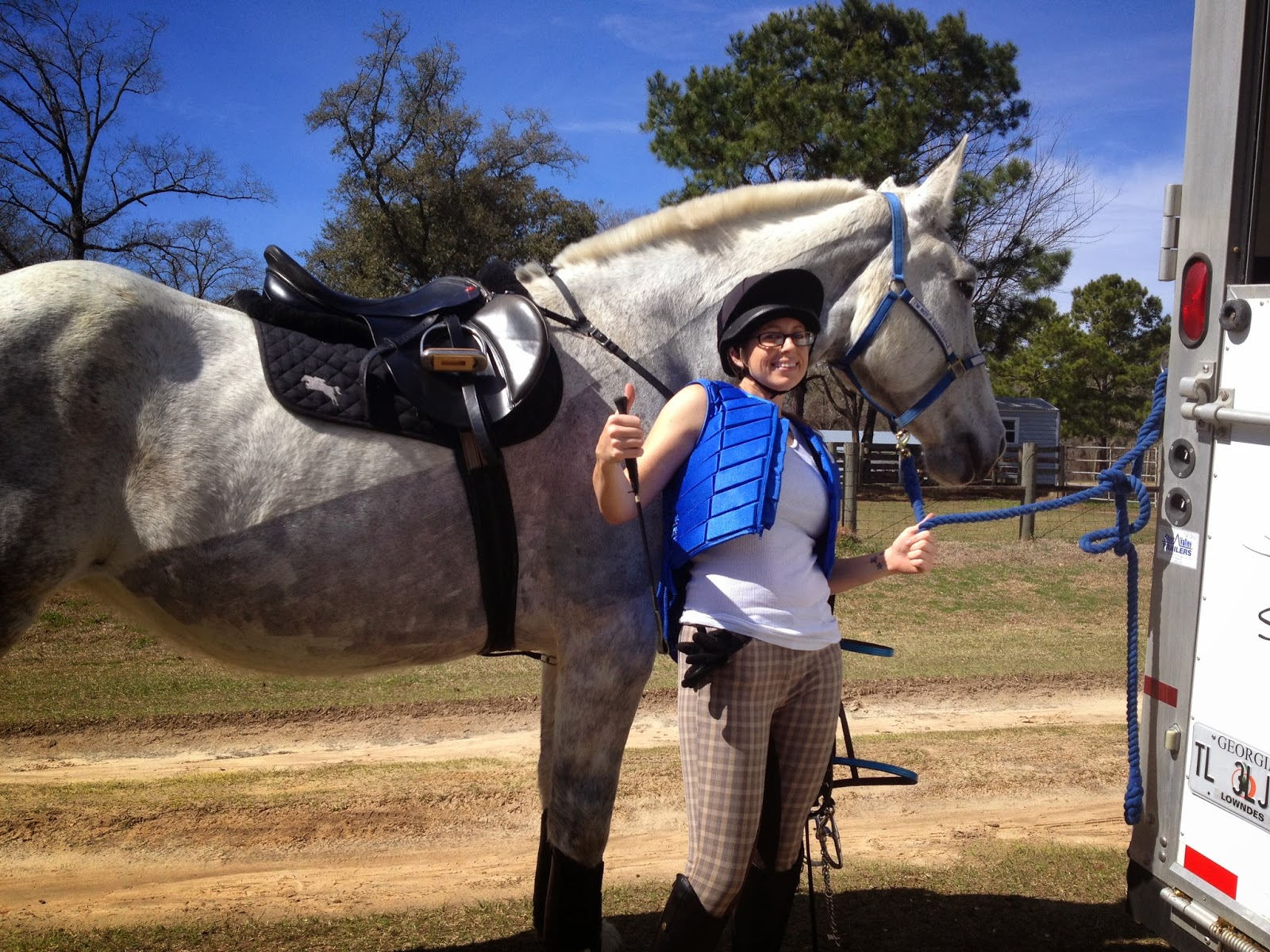 Getting ready to head out.  Klein wasn't claiming me as her human at that moment.


And Wes...Wes continues to enjoy every minute of his new life.  His adorableness (is that a word?) is almost too much.  We hit another milestone Saturday.  He started to graze!!!  Before Saturday I had only seen him take a few bites of grass, I posted the video of it, the one with him in the puddle.  We go for walks and I always find a huge patch of tall green grass and pick it to give to him, hoping he gets the hint, but he just didn't put two and two together.  When he is not eating on his round bale he will just stand and watch the other horses graze.  I was hoping he would figure it out soon because we have about another month of round bales before the pasture is thick enough again to sustain the horses.  We have some green grass year round here so now is the perfect time for him to start gradually getting used to pasture.

Saturday I found a nice patch of tall green grass and picked some like usual.  He ate it and then finally put his nose down to it.  It was the strangest thing to just watch him stare at the grass with it in front of his nose.  It's like he knew he was SUPPOSED to be doing something, but he just could not for the life of him remember what it was.  Then finally he sniffed it and took a bite then went to town.  I was SO happy for him!  I told him what a good boy he was.  Then this morning the barn owner told me she had seen him grazing a little on his own this morning in the pasture.  YAY WES!!! 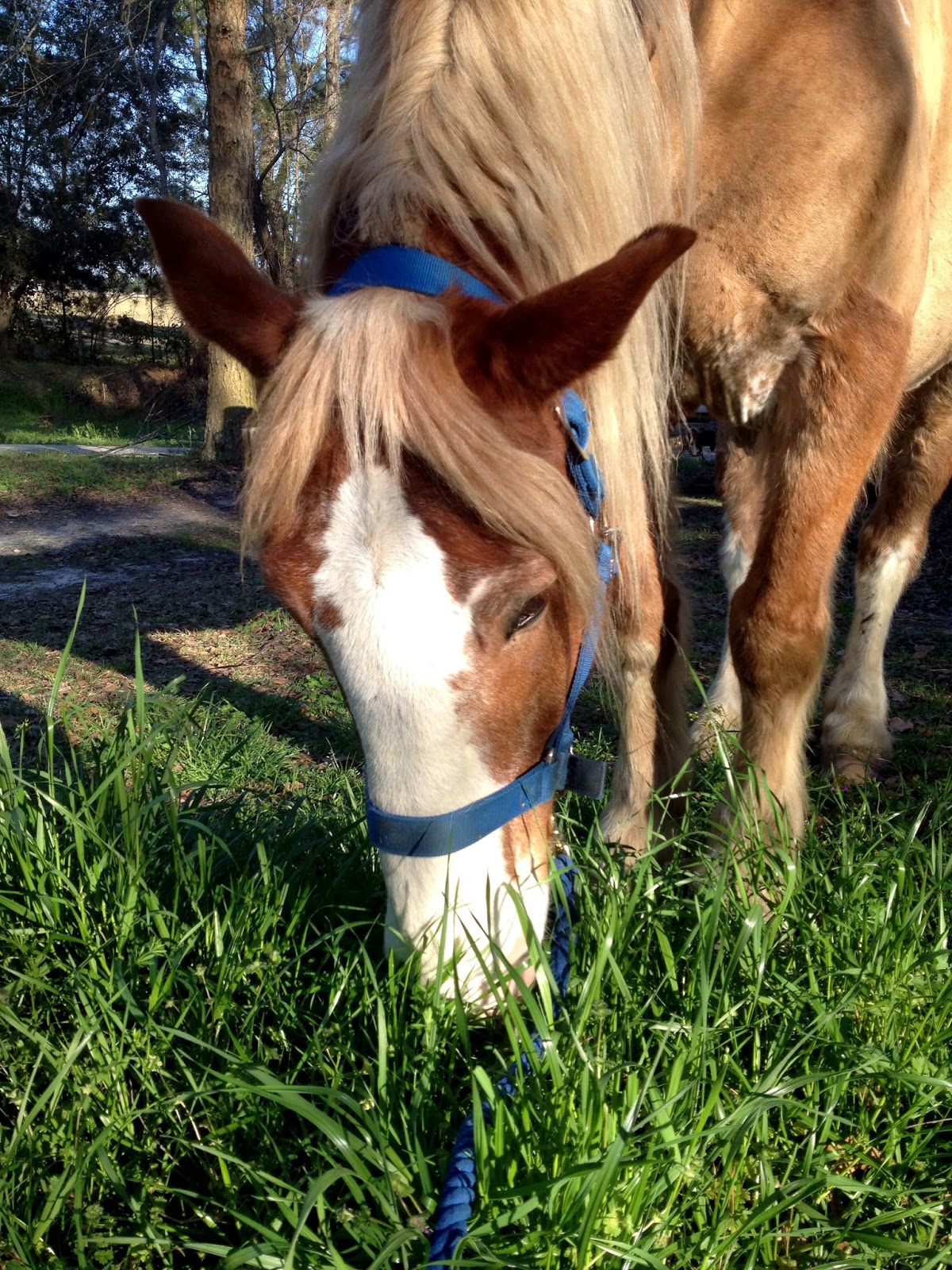 I also Clean Traxed all four of his feet. 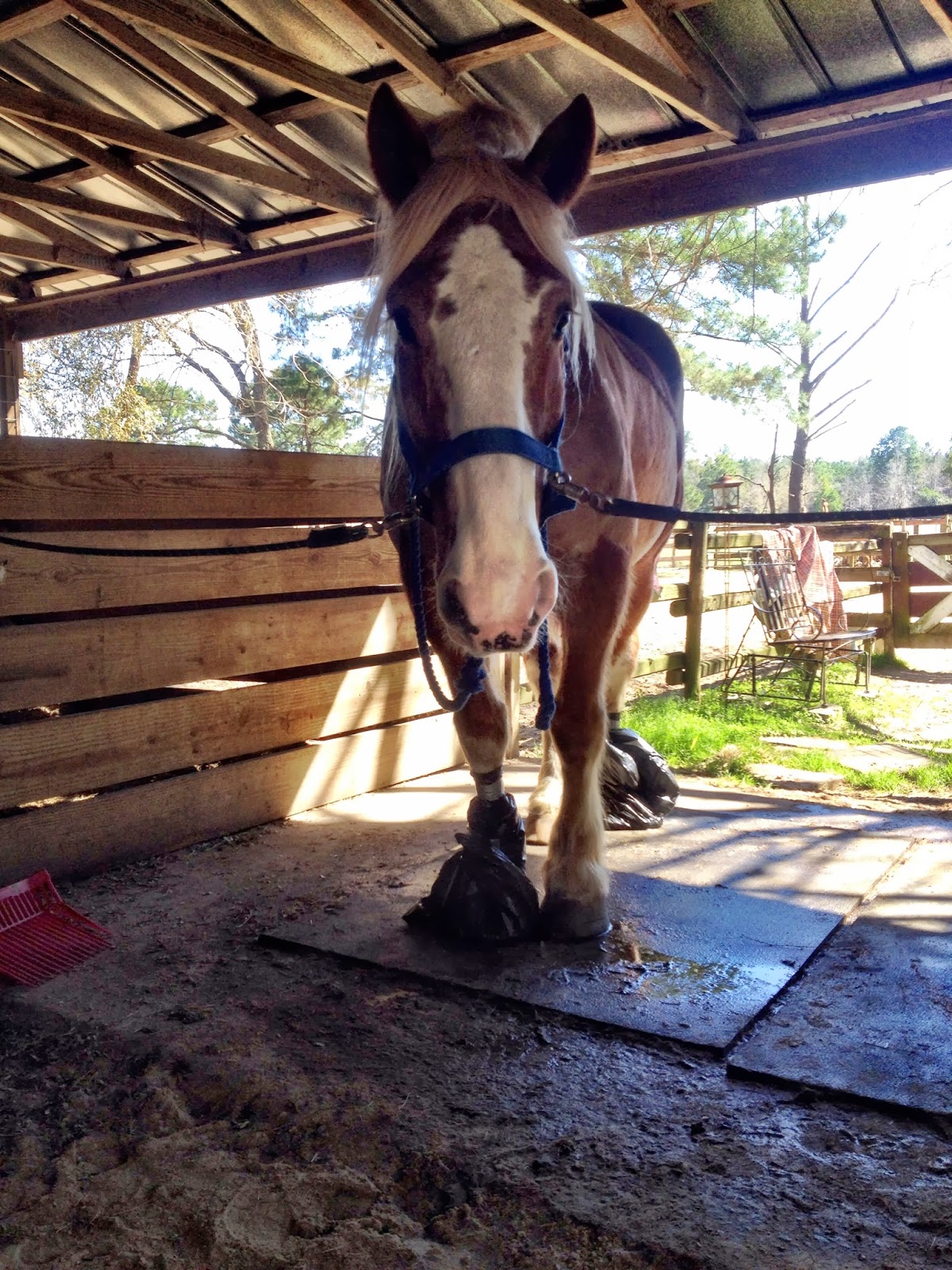 The first half.  Such a patient guy. 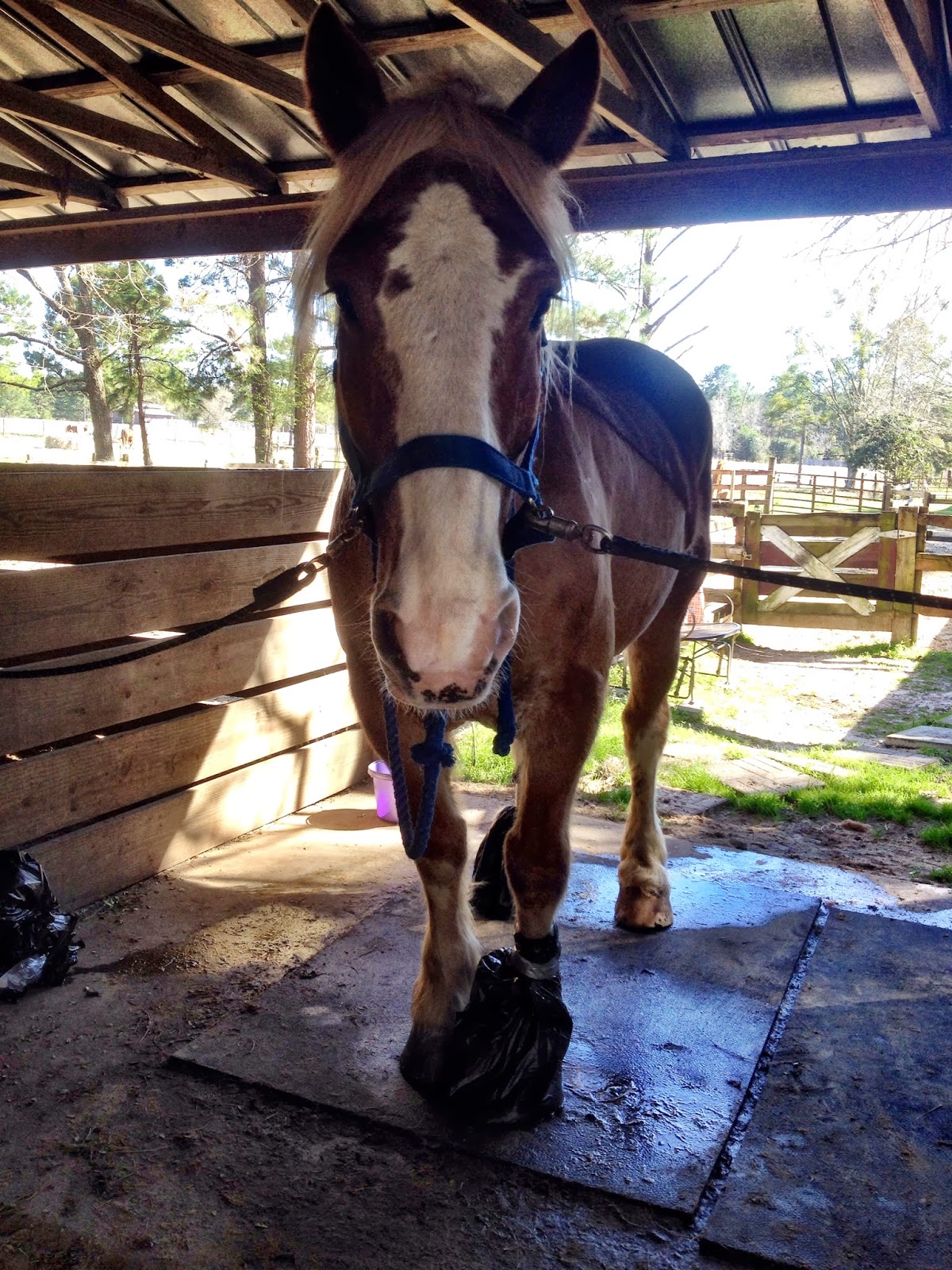 He needed that.  He was trimmed again already today.  That deserves its own post.  So the next post will have plenty of pictures of before and after from today's trim.  His feet are still responding perfectly and he continues to run around with his gelding friends. 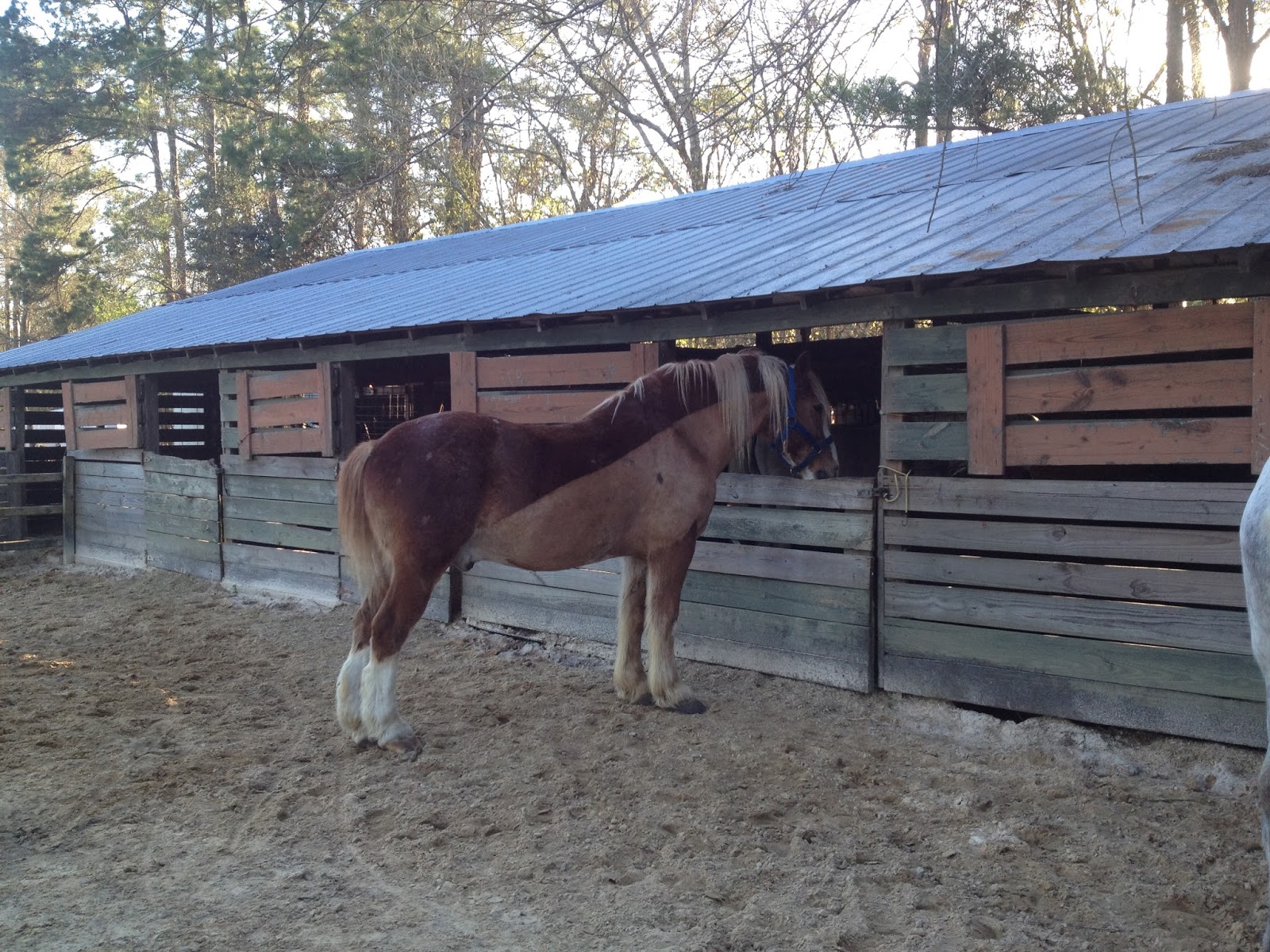 Telling Pavel to hurry up and eat his dinner so he can come back out.

Yesterday evening I wanted to see if The Collection could all play nice with eachother.  They did for the most part.  Mochs is still being a little mean but she just makes faces, no physical violence.  Klein isn't quite in love, but she's tolerant and getting better. 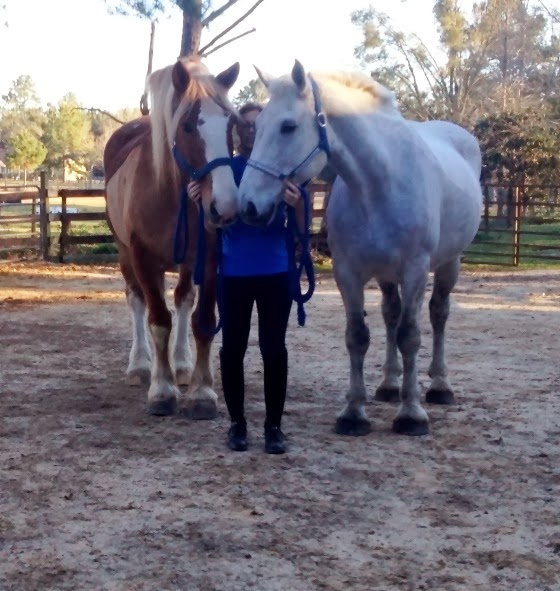 They did this, I just had my hands on their faces, I didn't make them turn their heads to each other! 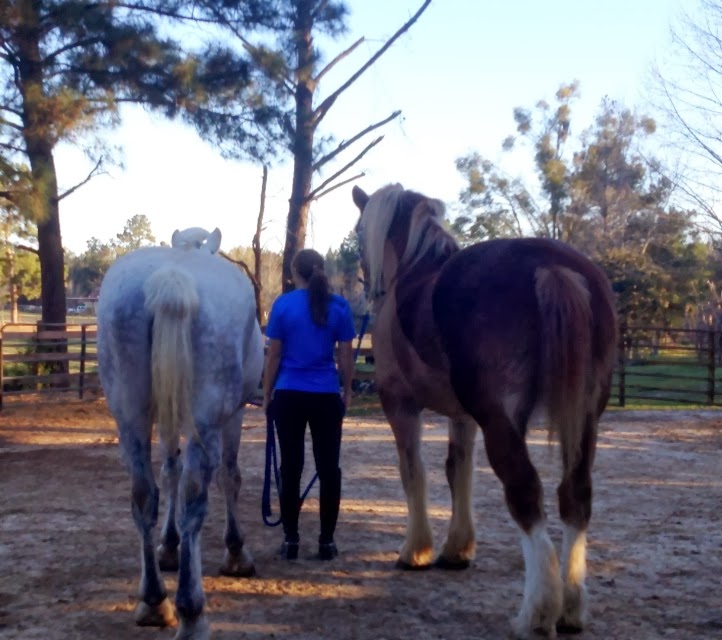 And there you go.  The size comparison.  Klein looks small for once in her life.  Awwwkwarrrd! 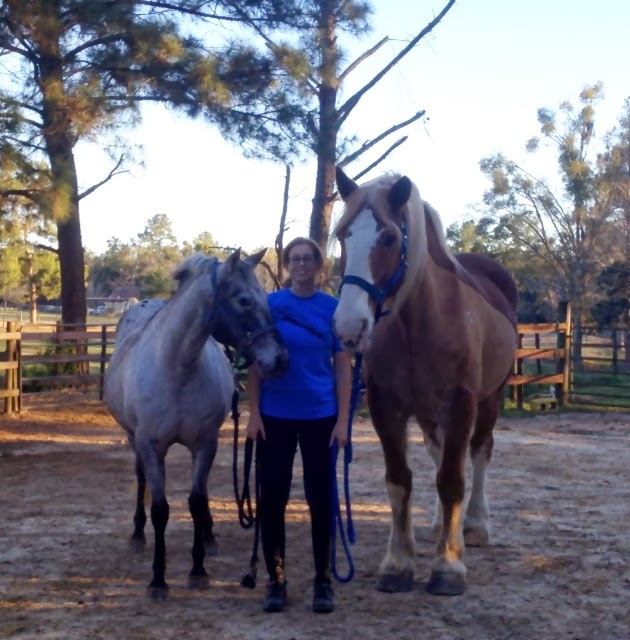 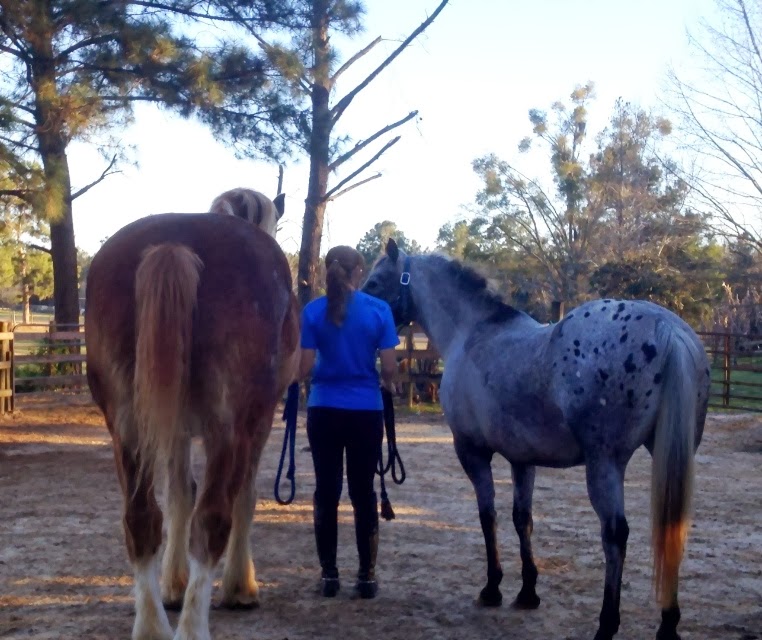 Yes, I did try to get a pic of the three of them together with Moch in the middle.  They weren't really cooperating.  That's a work in progress.  We'll get one next time! 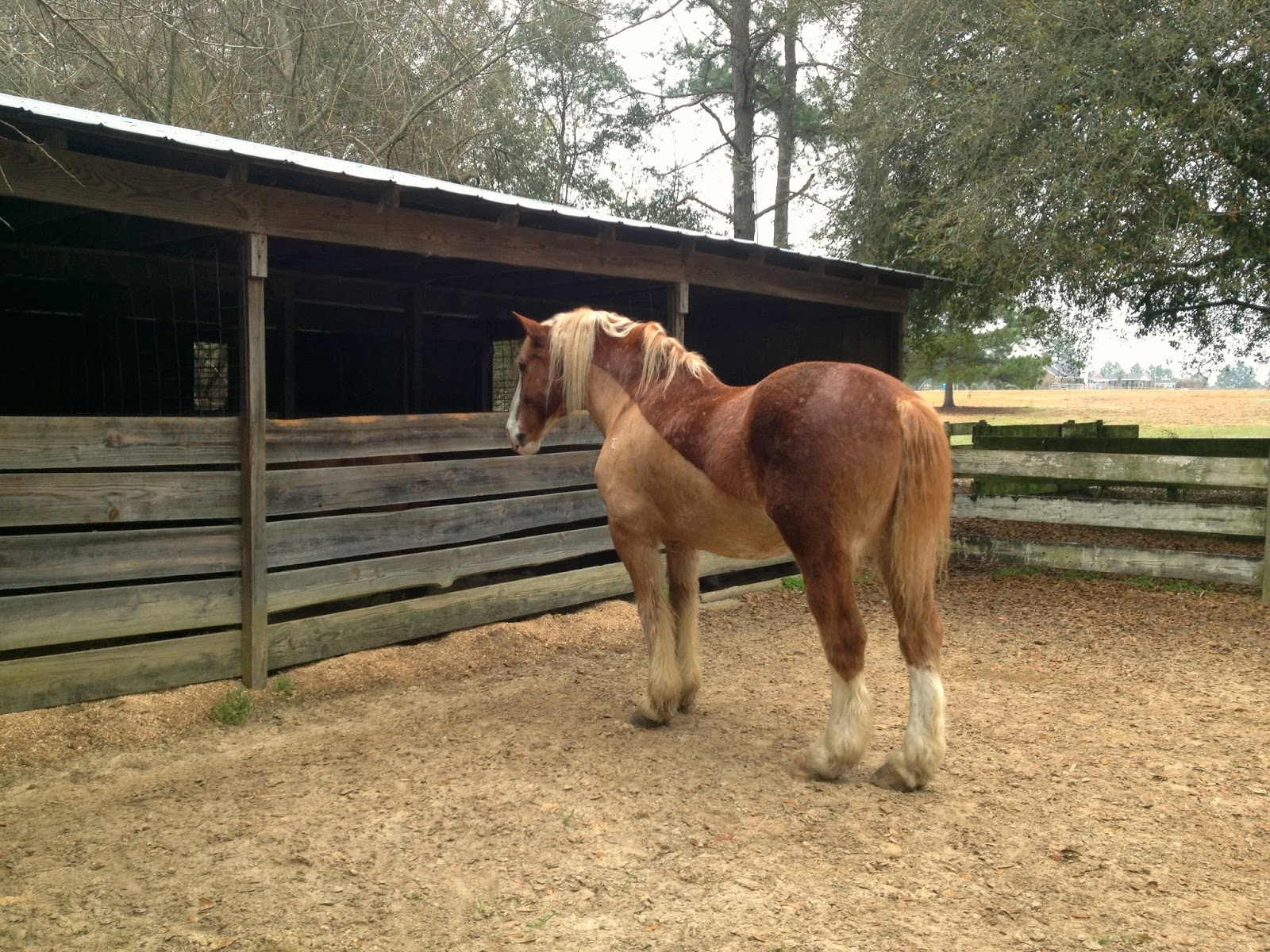 Another picture of Wes being adorable.  He is checking on his sisters in this picture, they are in eating breakfast.  He had finished his already so he came out to say hi and wait for everyone to get done and go back out to their pastures.

And of course, in the world of rider fitness, there's ALWAYS a lot of CrossFit going on! 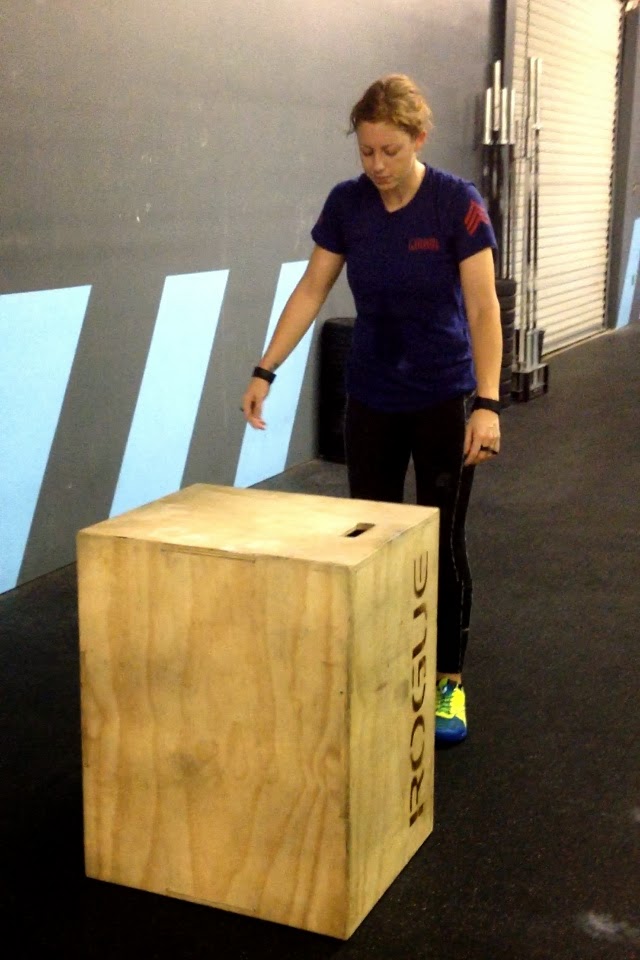 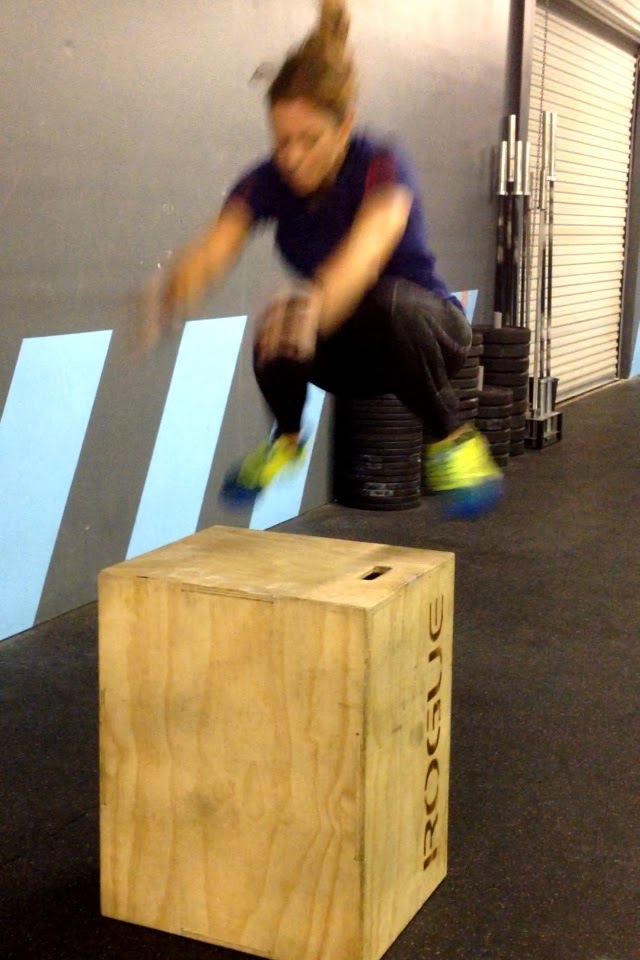 I love CrossFit, and it loves me.
Posted by The Jumping Percheron at 9:12 PM