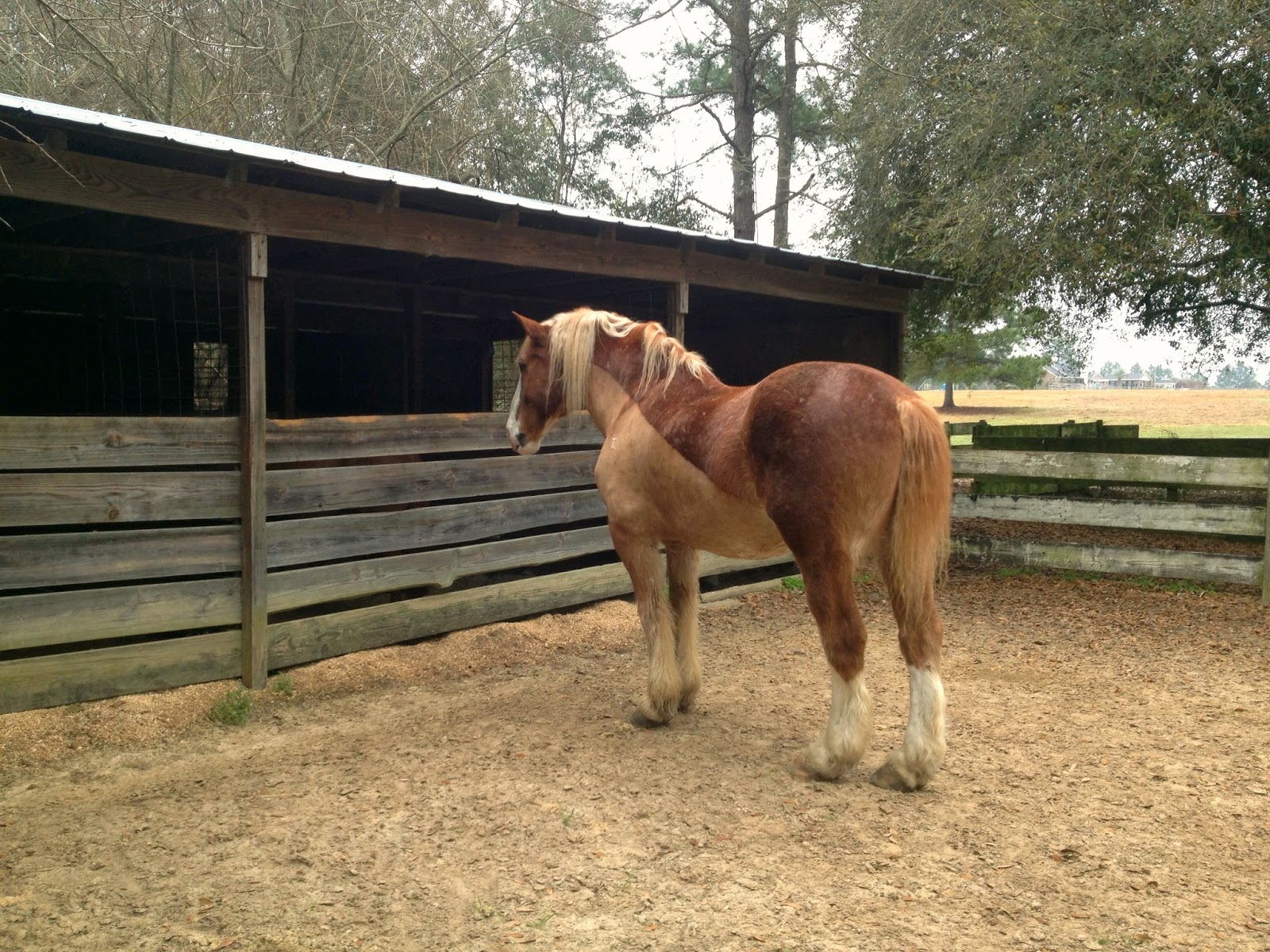 Wes checking on his sisters while they are eating breakfast before going back out. 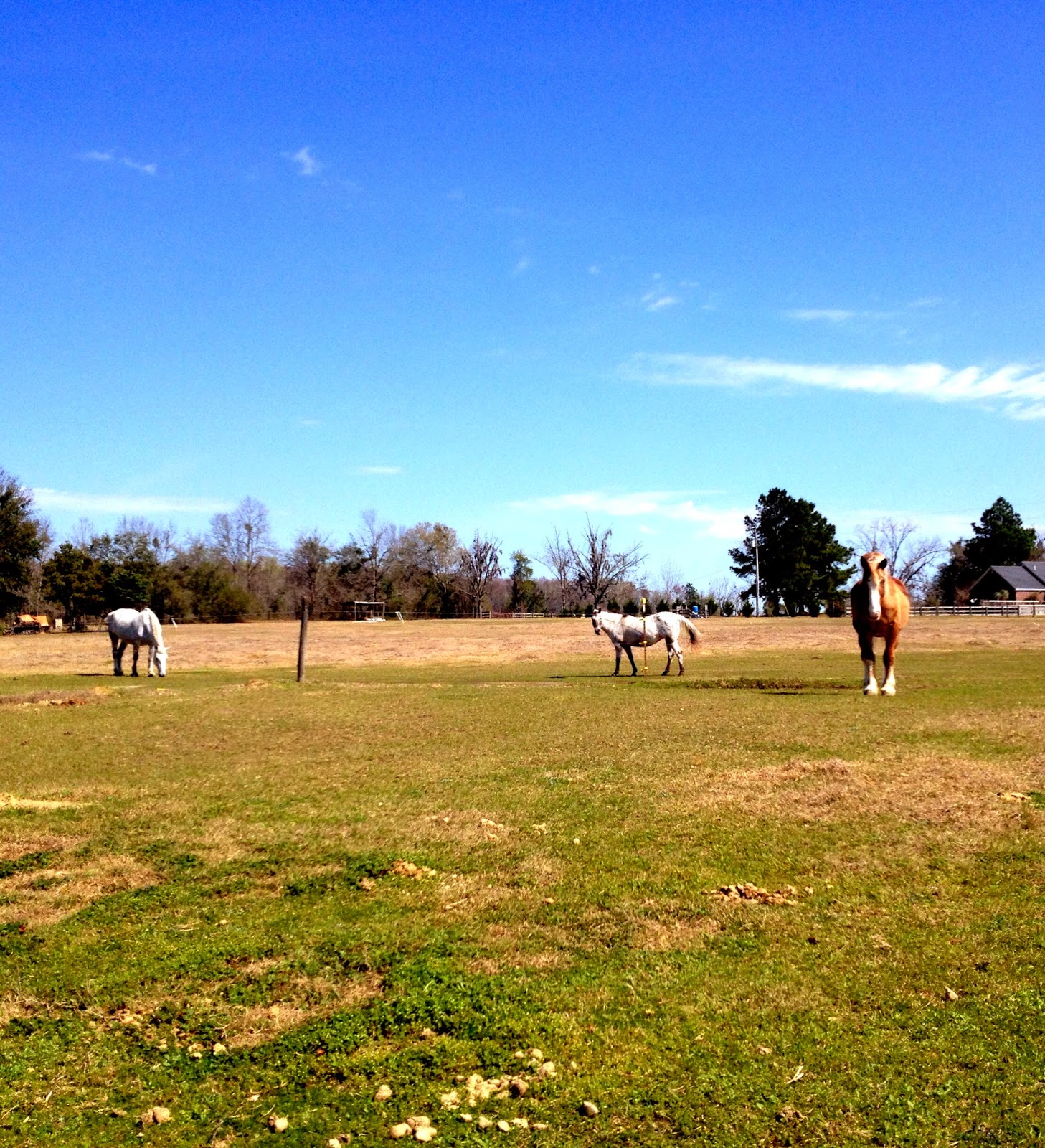 At the top of the hill.

So I put them all in the lower pasture together and yes, The Collection are all getting along together.  The girls have accepted Wes and they no longer want to charge him and make ugly faces.  Mochi is no longer getting a running start on flying round house kicks to Wes.  Klein and Wes were even drinking water together yesterday!

Wes was SO CUTE when I put the girls in with him.  He wants to be near them SO bad but then I put the three of them in together and he acts like he's not sure what to do now that they are so close.  This was his reaction at first: 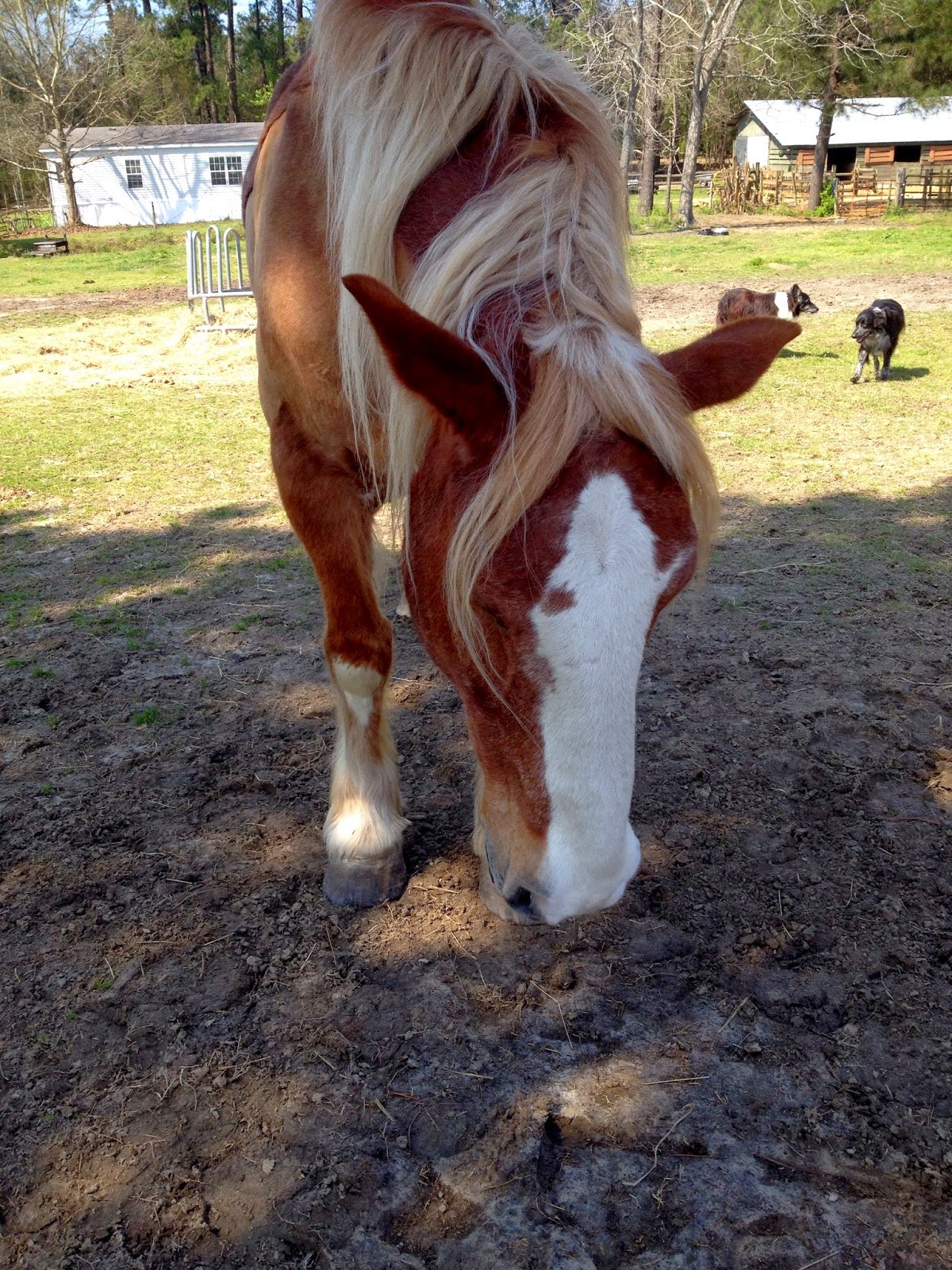 So bashful!  It's almost too much adorable to handle.

He wasn't sure what to do.  Maybe he couldn't believe they were in with him?  After they didn't try to be ugly to him he started to test the waters: 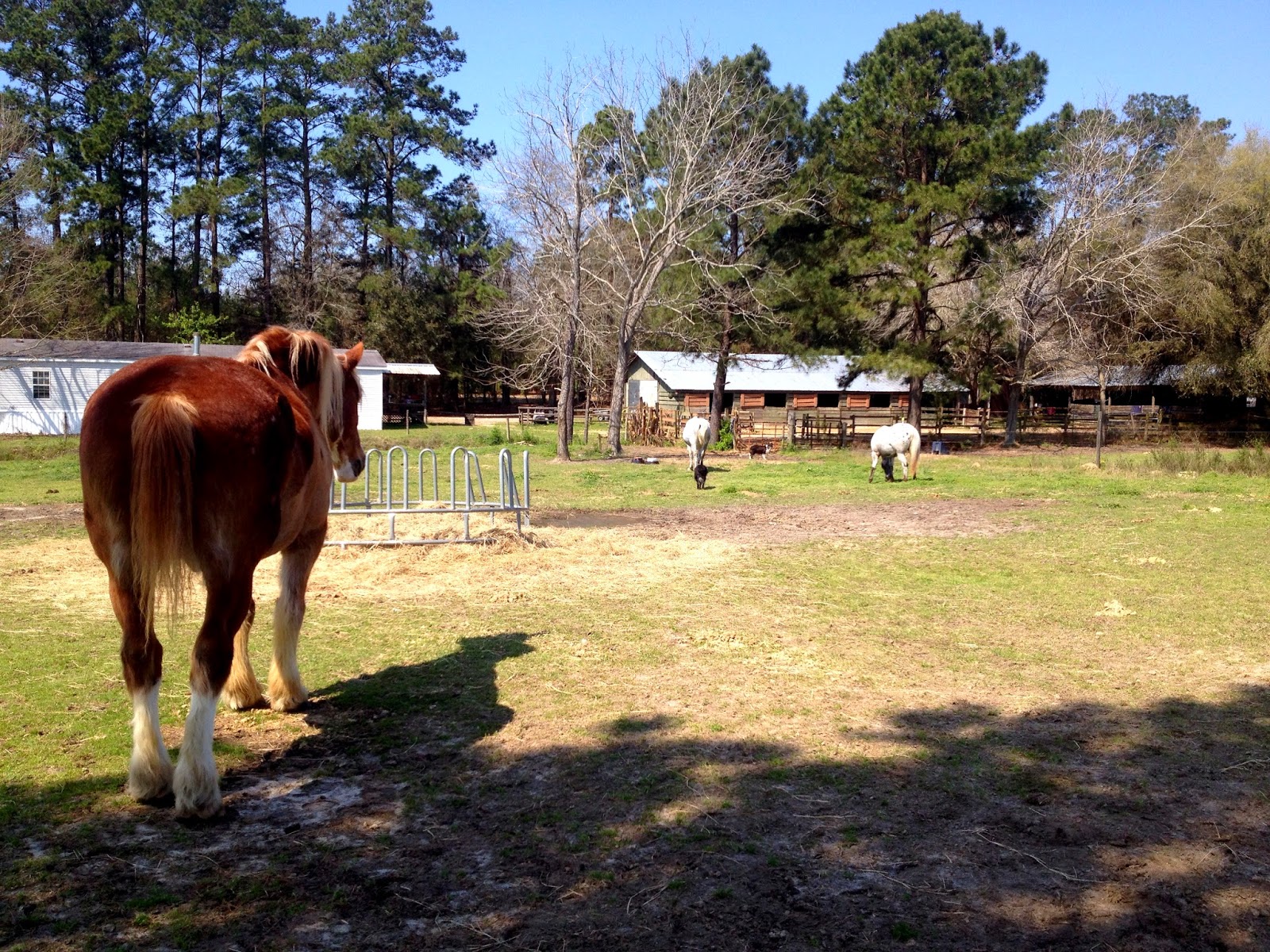 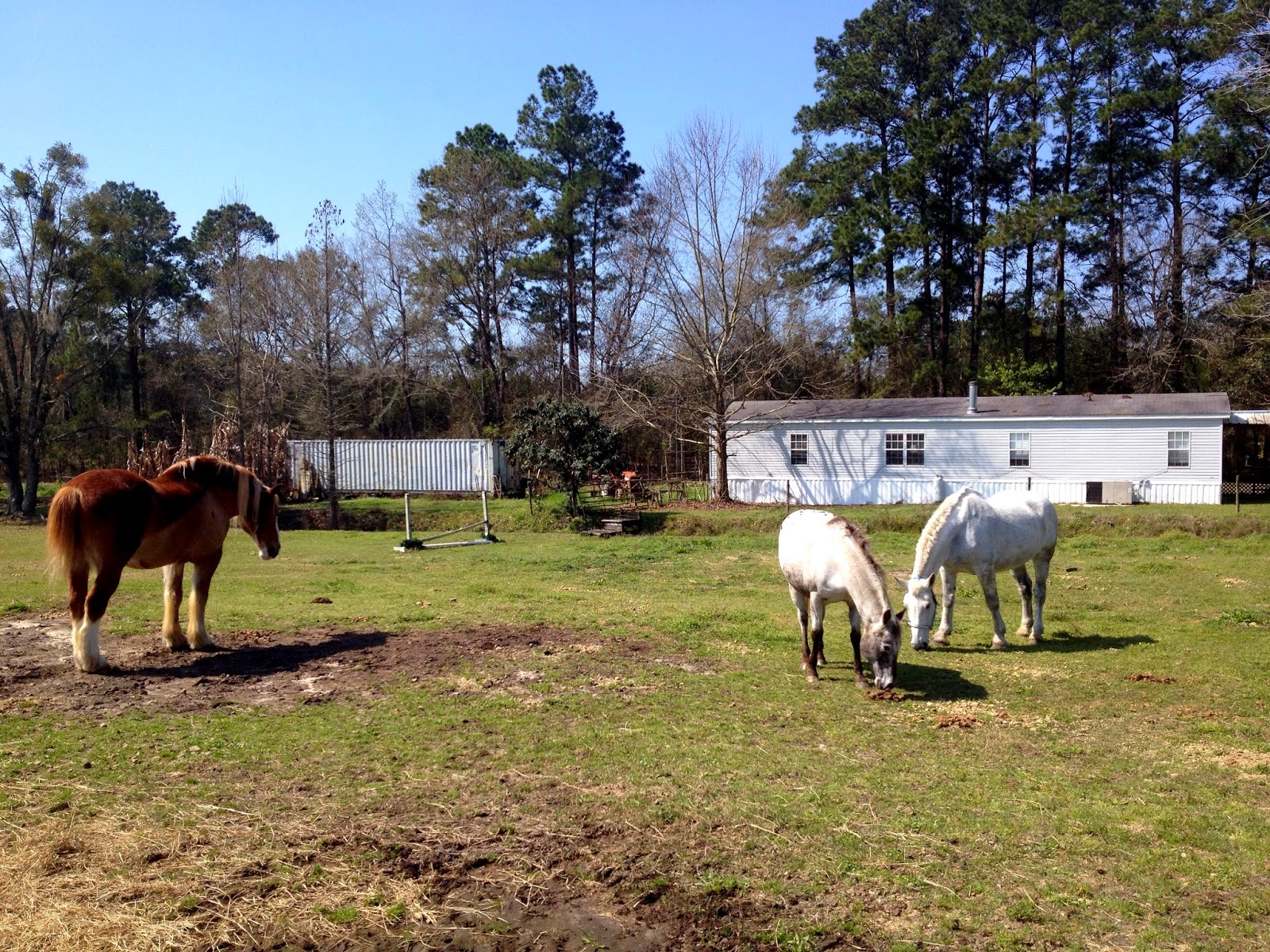 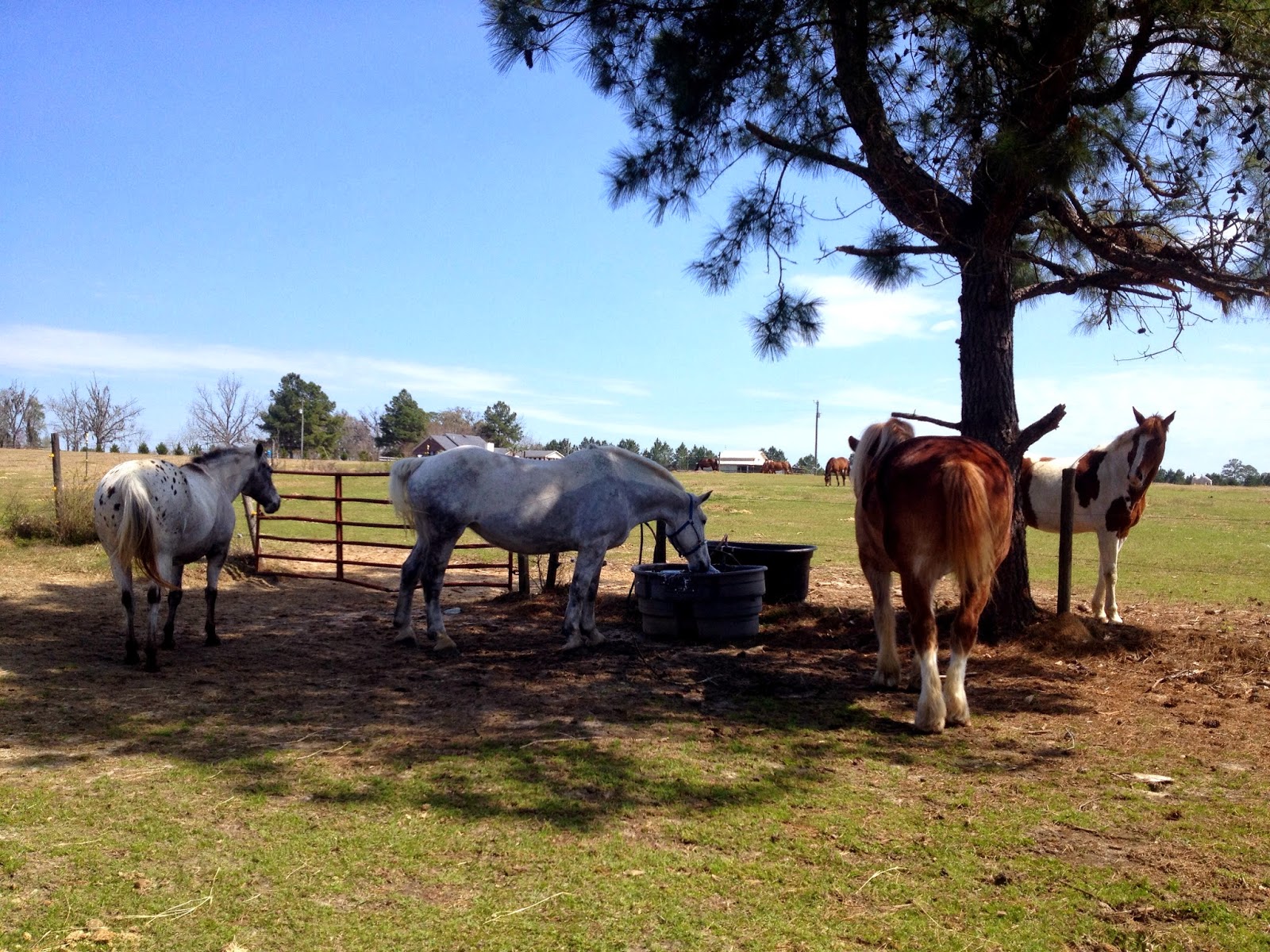 Klein and I have been hacking out and schooling some gymnastics.  During one of our rides last week we found a random turtle in a field. 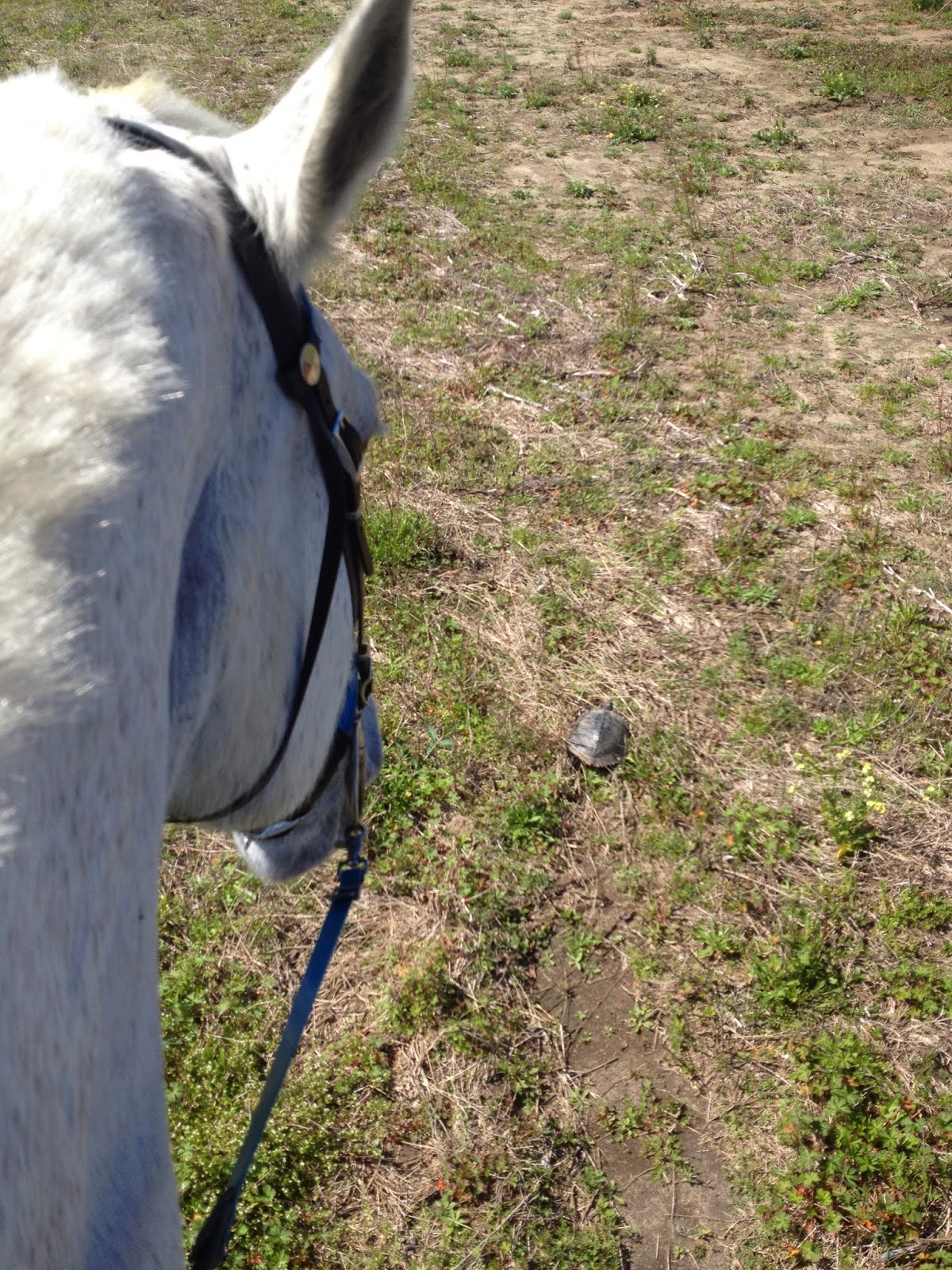 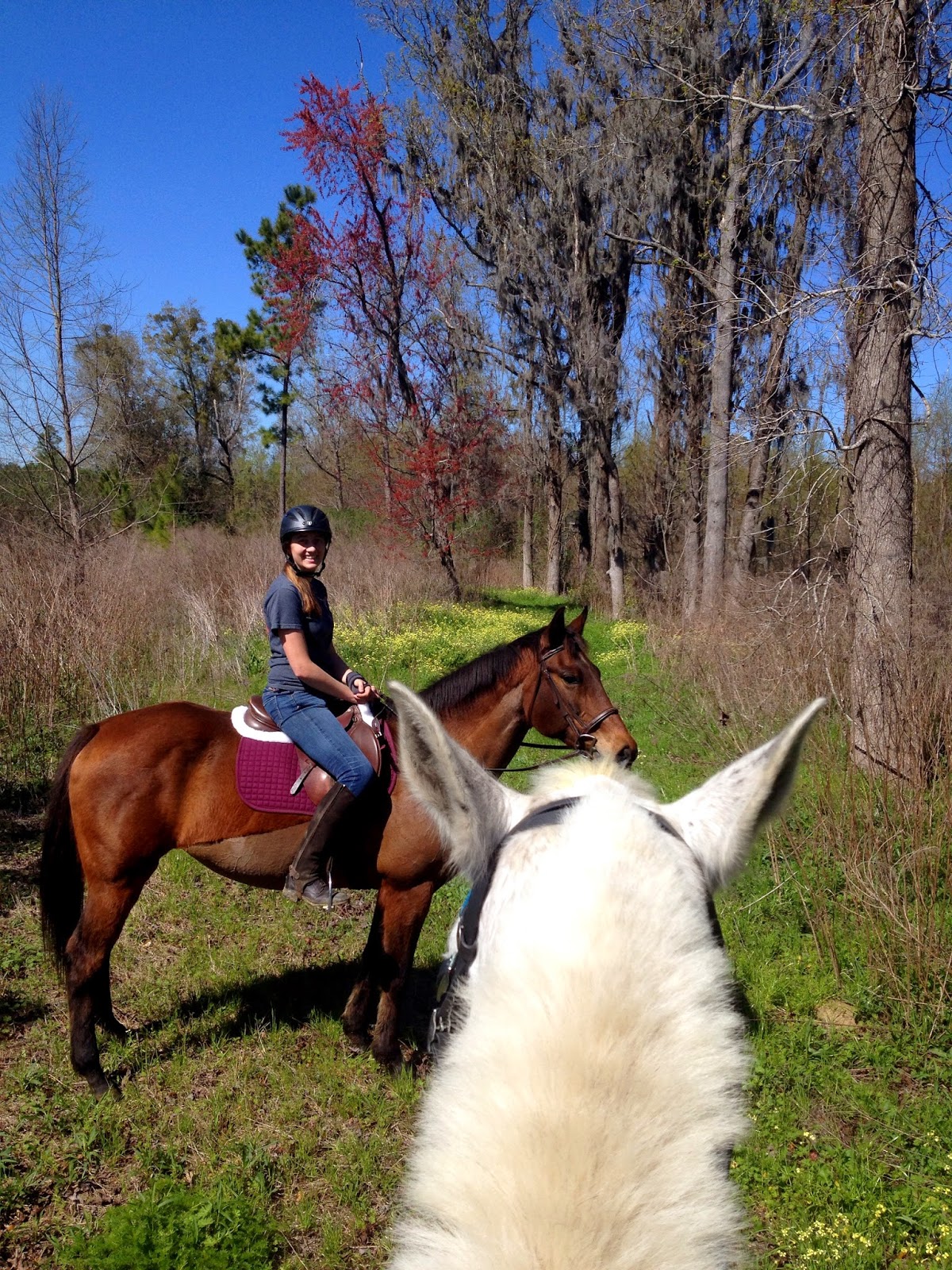 Riding with our friend Michelle and her mare, Addy. 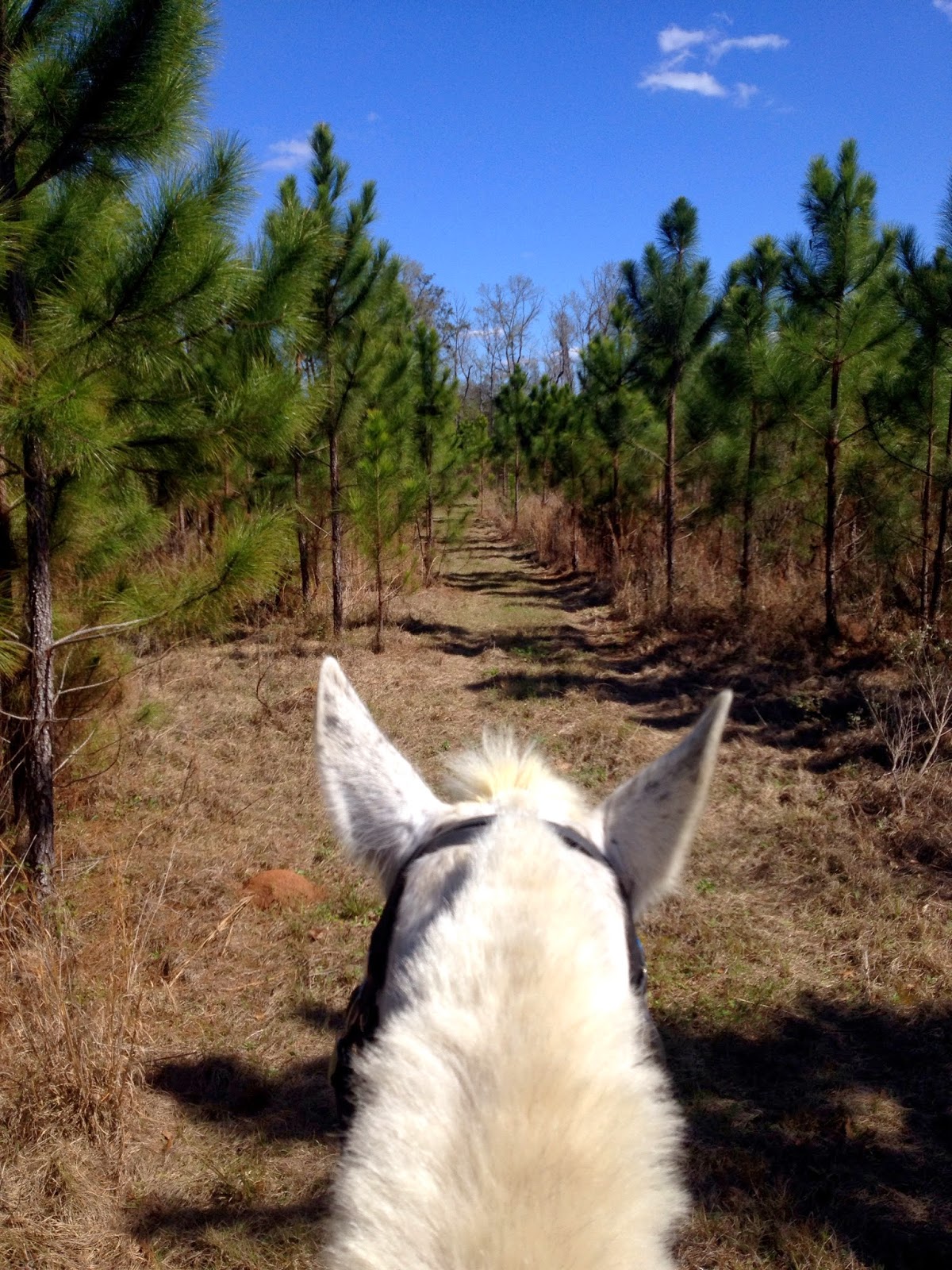 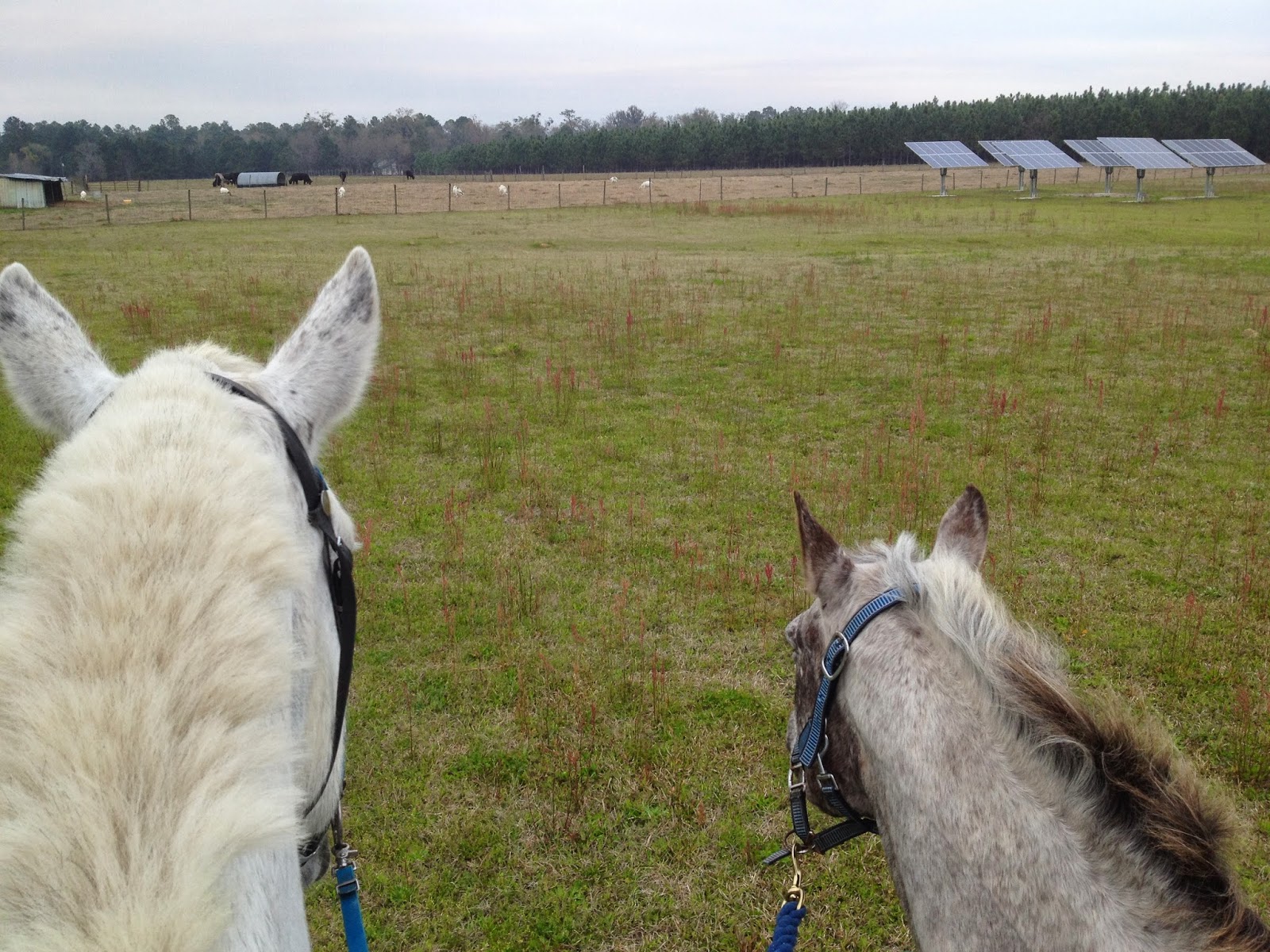 Took The Odd Couple out together, riding Klein and ponying Moch. 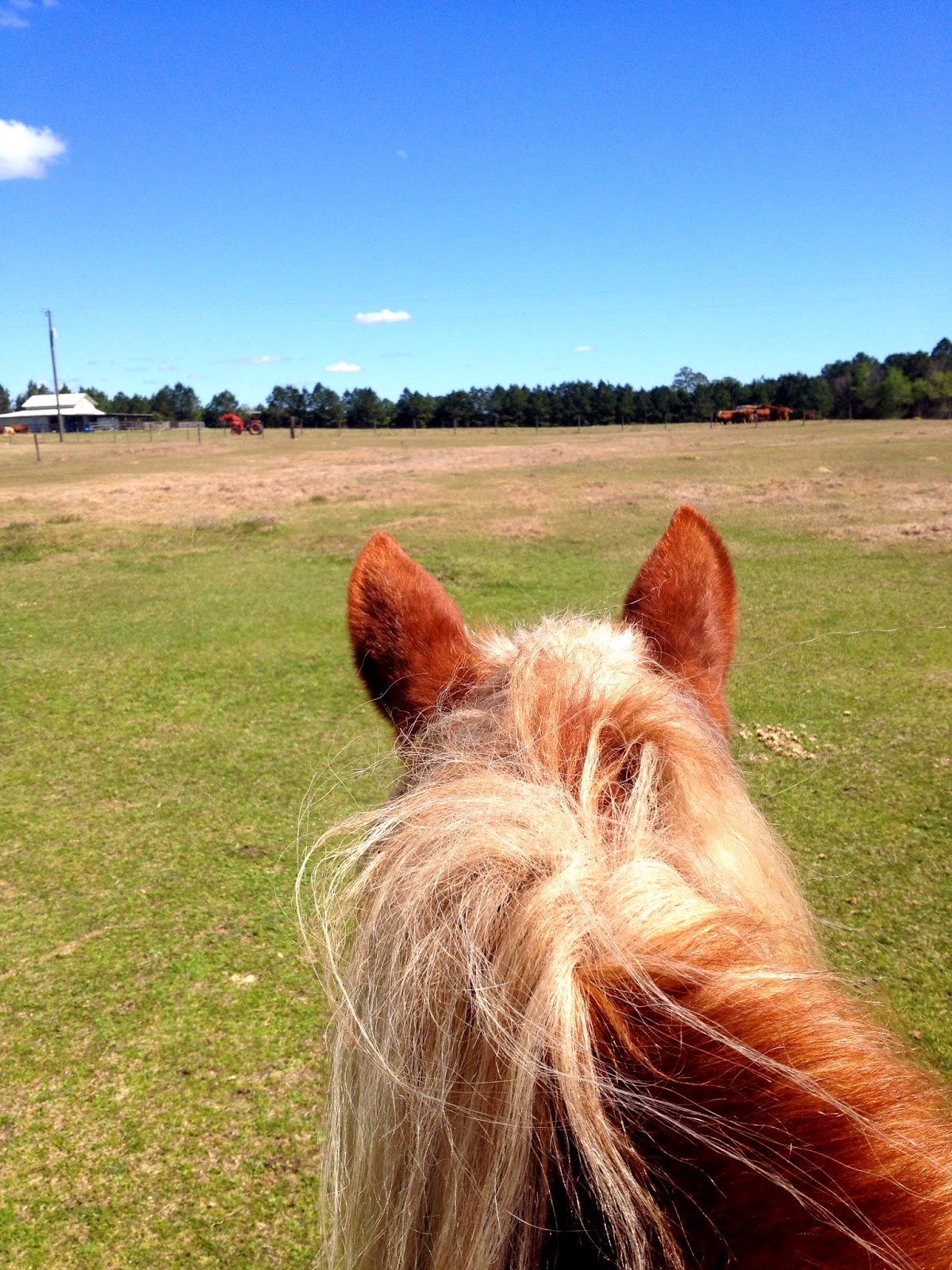 Watching the tractor drop hay to the neighbor cows.


Here he is yesterday running around with the girls: 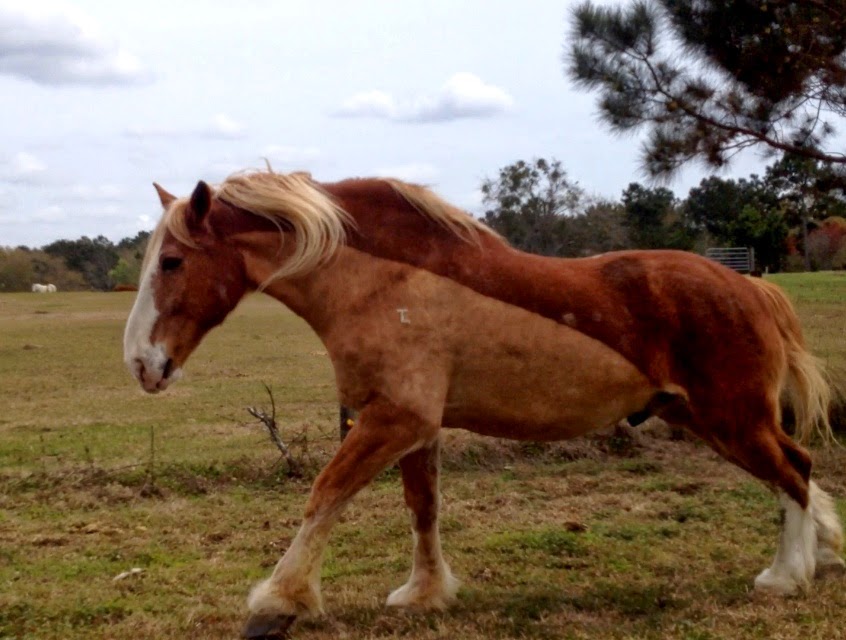 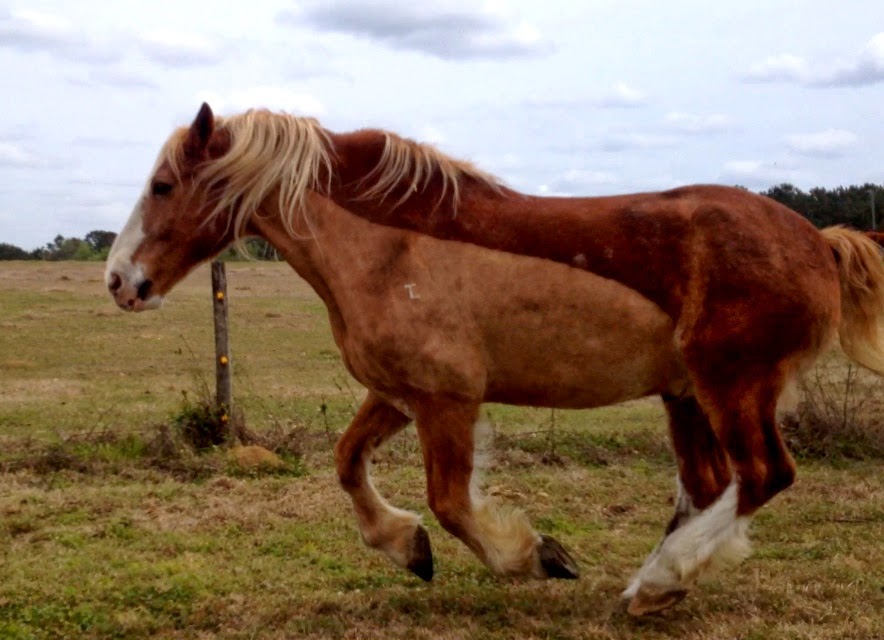 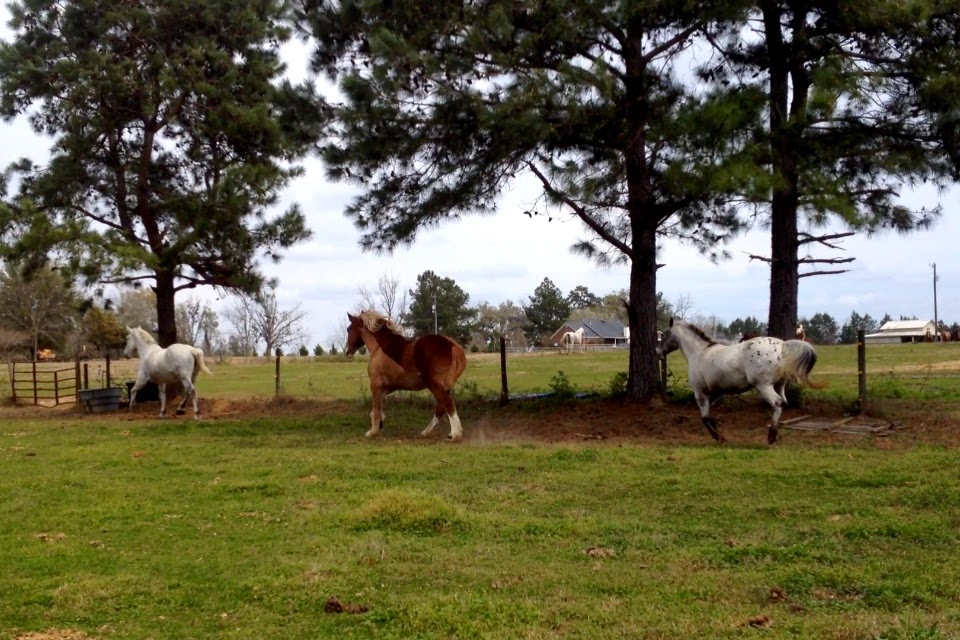 As it continues to warm up I have been thinking the rest of Wes' hair needs to come off.  He's just such a big horse to constantly shed out with brushing.  No thanks.  I'll just clip.  Well, it turns out he really does have the coat of a wooly mammoth.  I got one side almost done when I decided my blade was done on my clippers.  So I bought a new one the next morning and continued.  I still have one hindquarter left to do.  I have NEVER had to take breaks from clipping a horse, not even Klein.  I can do a full clip on her in one sitting.  Wes' hair is just ridiculous.  Hopefully he won't grow a coat like this next year in the warm winters here.  That Salt Lake City coat is THICK. 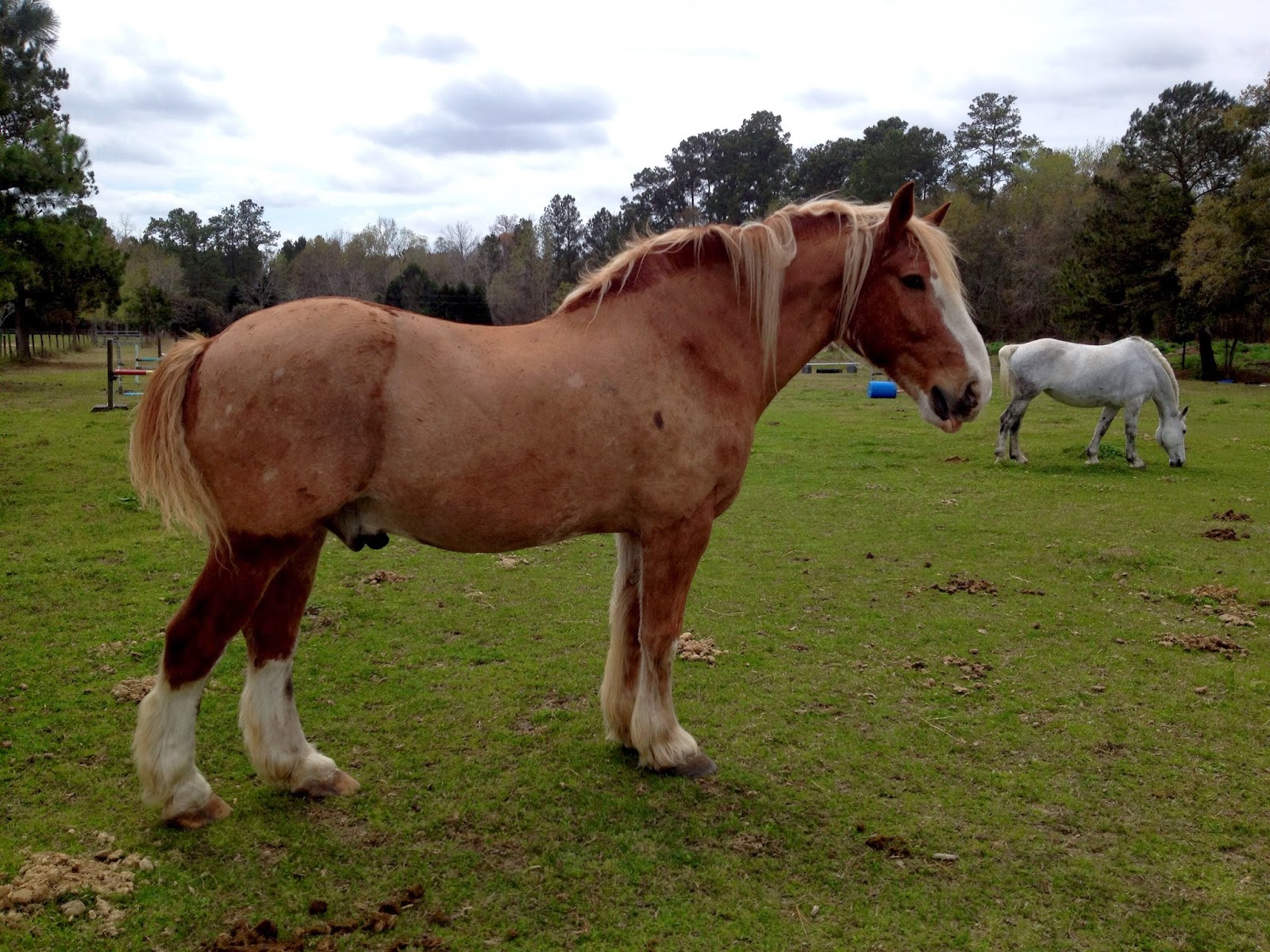 Almost done on one side.

Leslie at Brookledge had told me they wanted to send me something and asked what size I wear.  I assumed it was most likely a t-shirt.  Then THIS came in the mail! 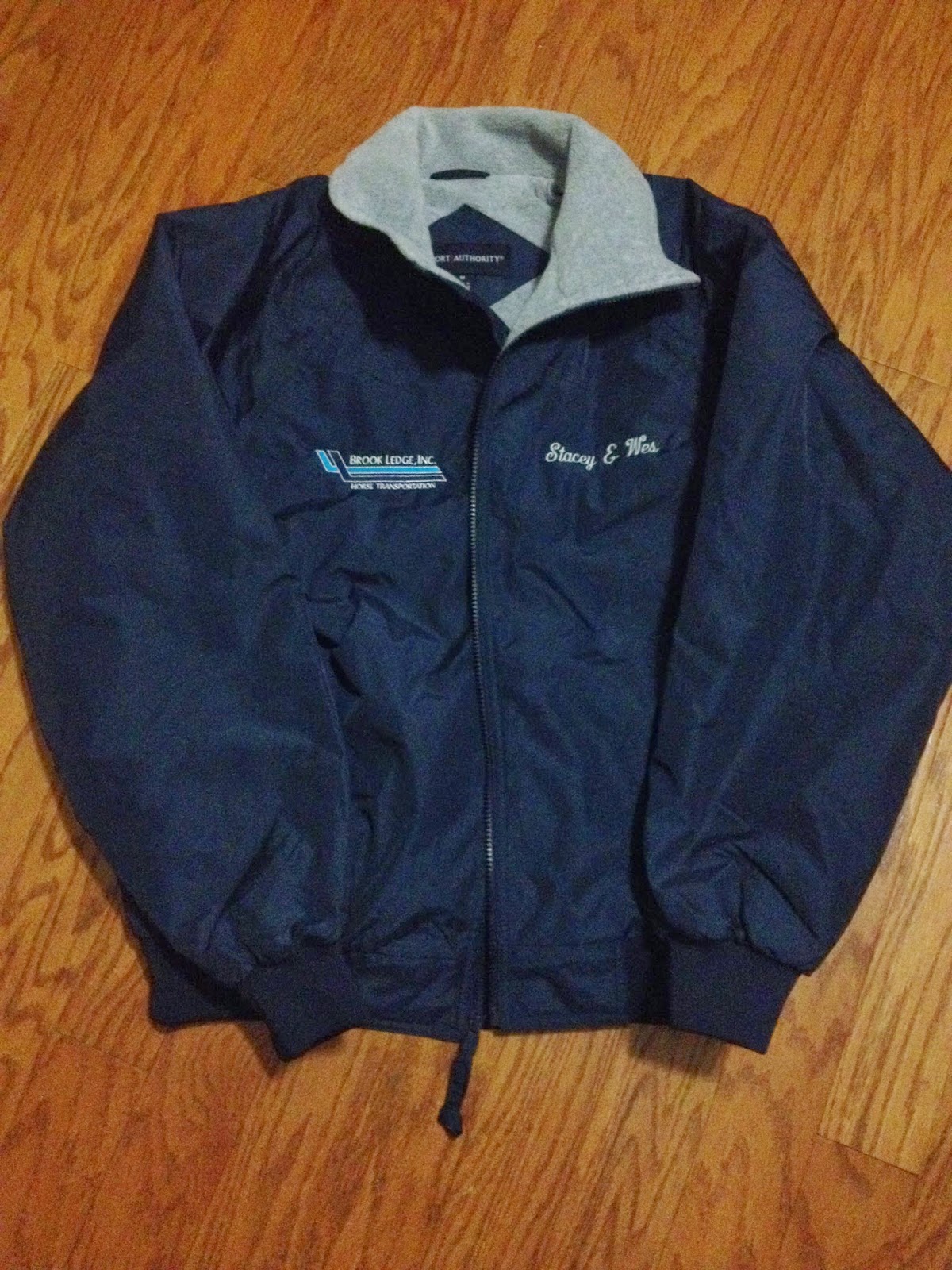 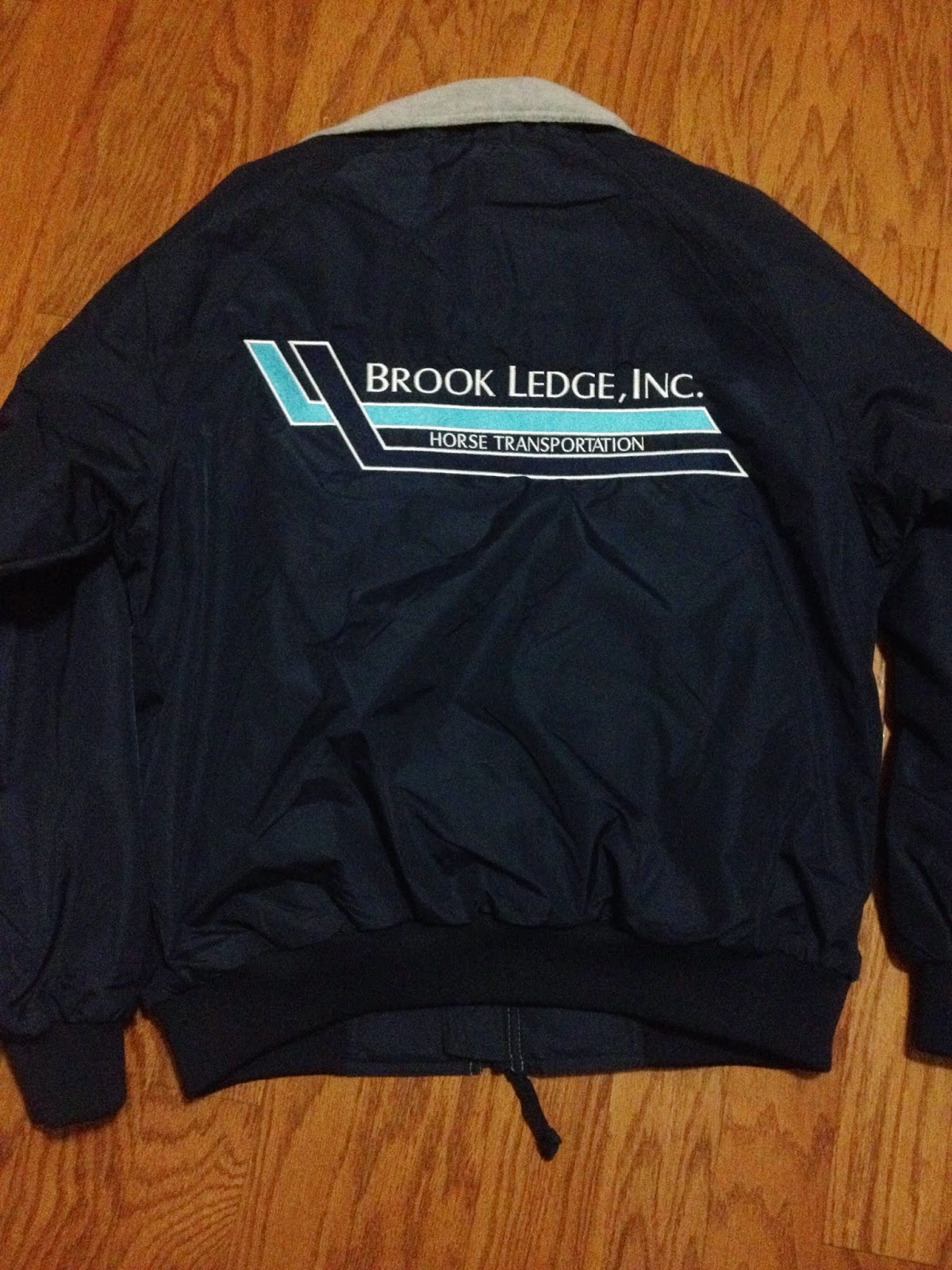 Wow, I never expected a nice jacket like that, AND with our names on it!!!  Brook Ledge, you rock.  I can't say it enough.

On the rider fitness front, I've been busy with Crossfit as usual.  I'm there 5-6 mornings a week. 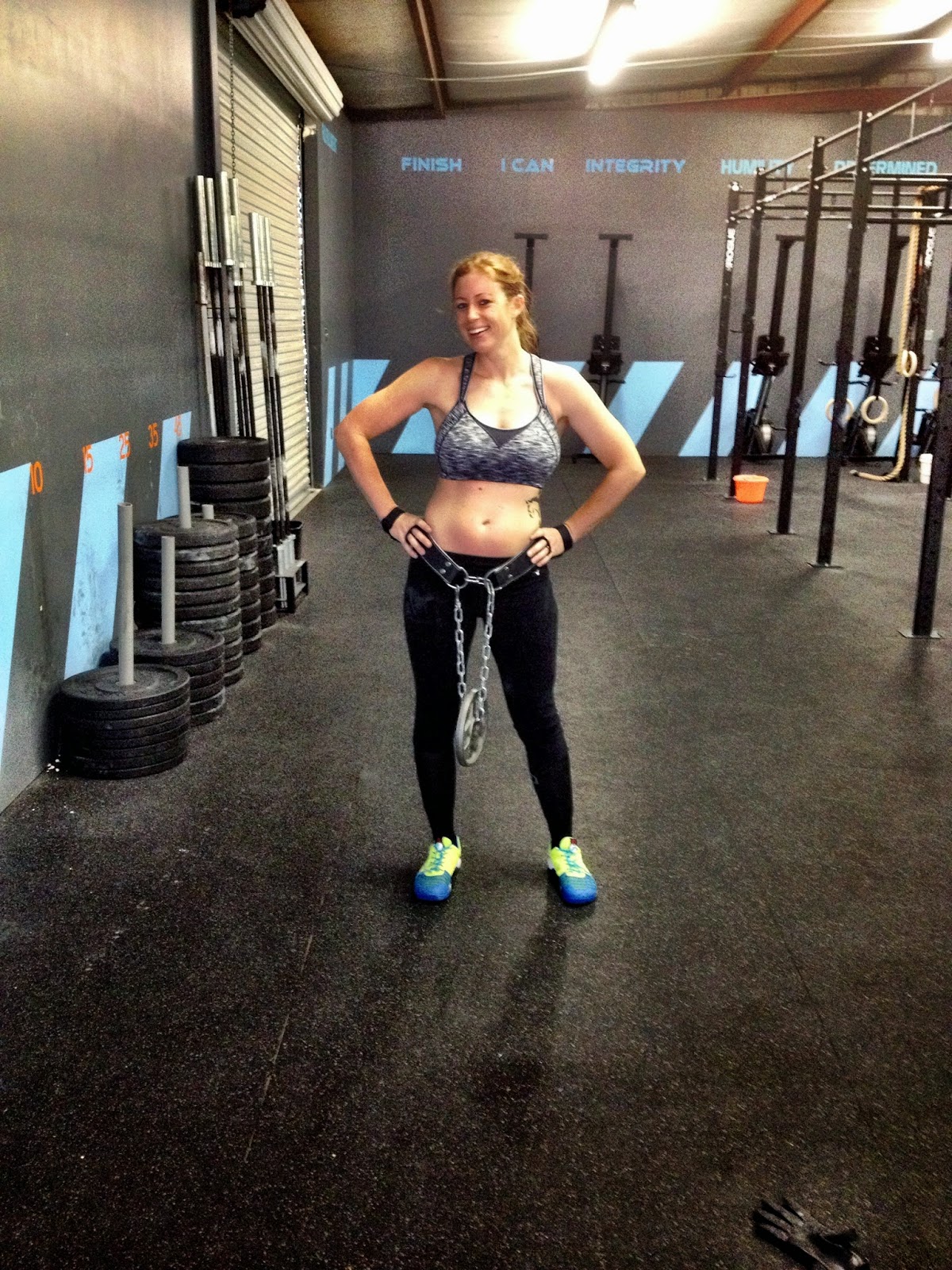 Getting ready for some weighted pull-ups. 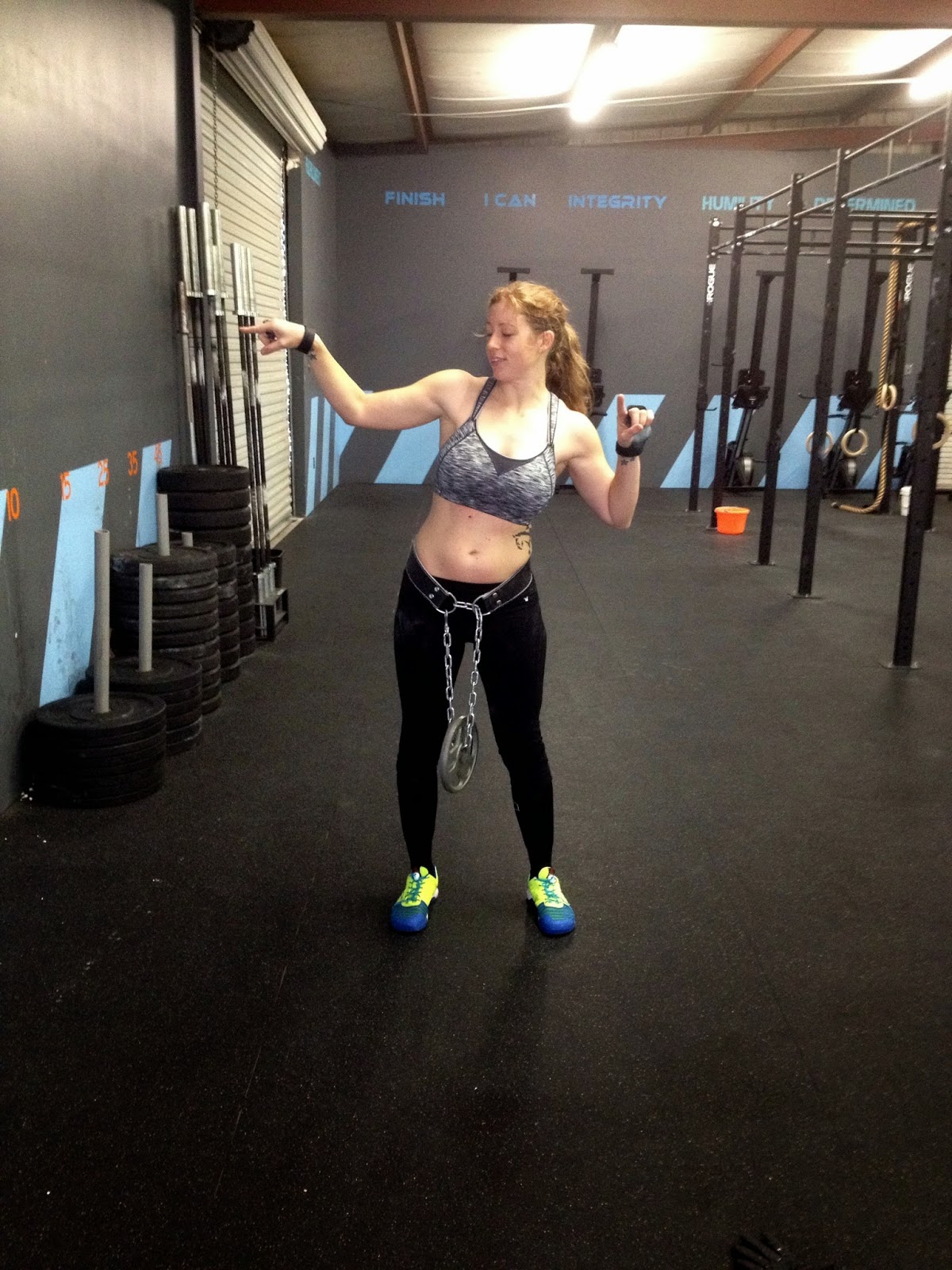 Being dumb.  "Have you seen my beach ball, umm I mean bumper plate?  I think it's over that way..." 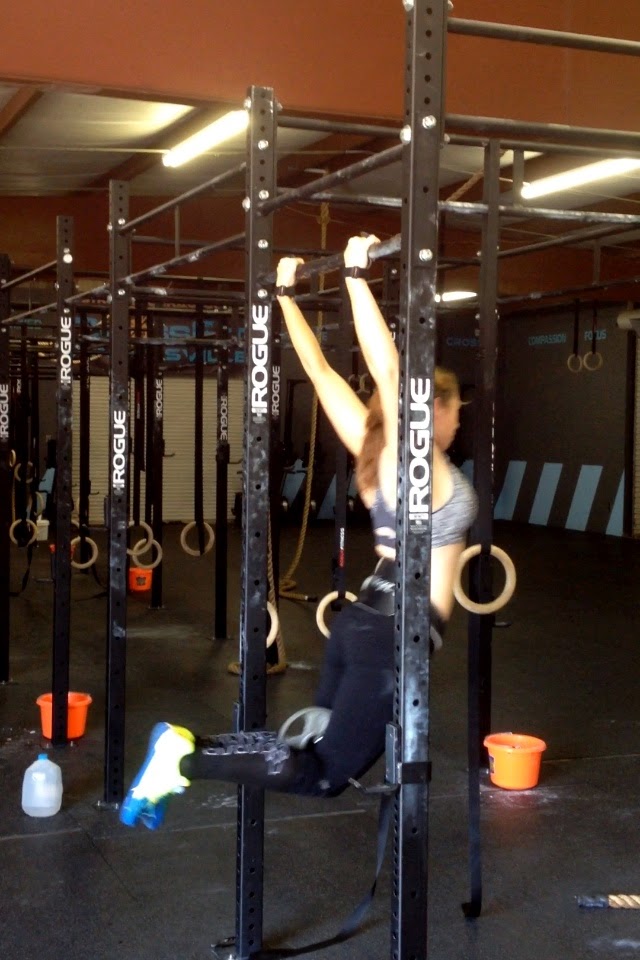 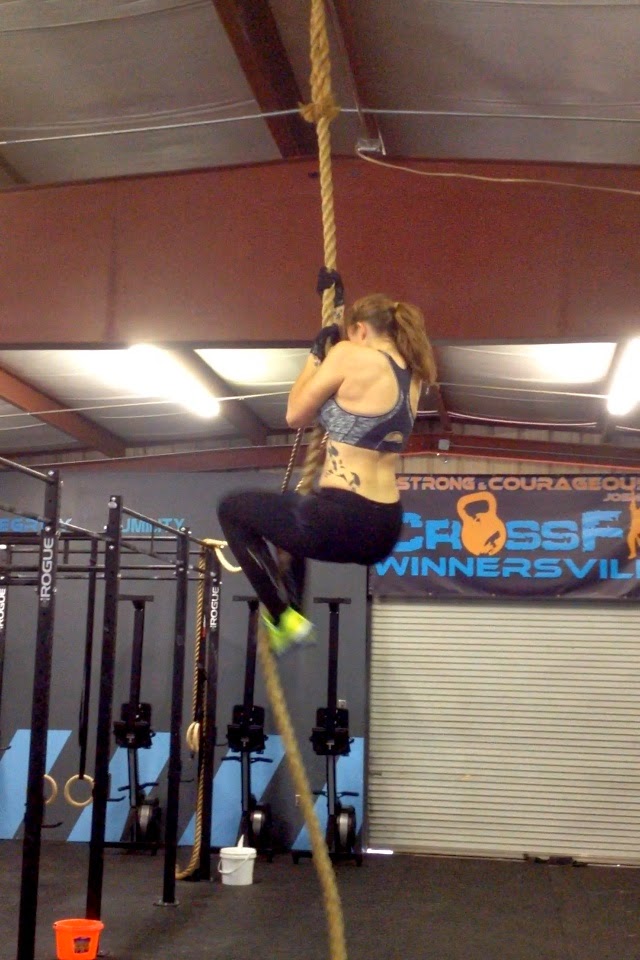 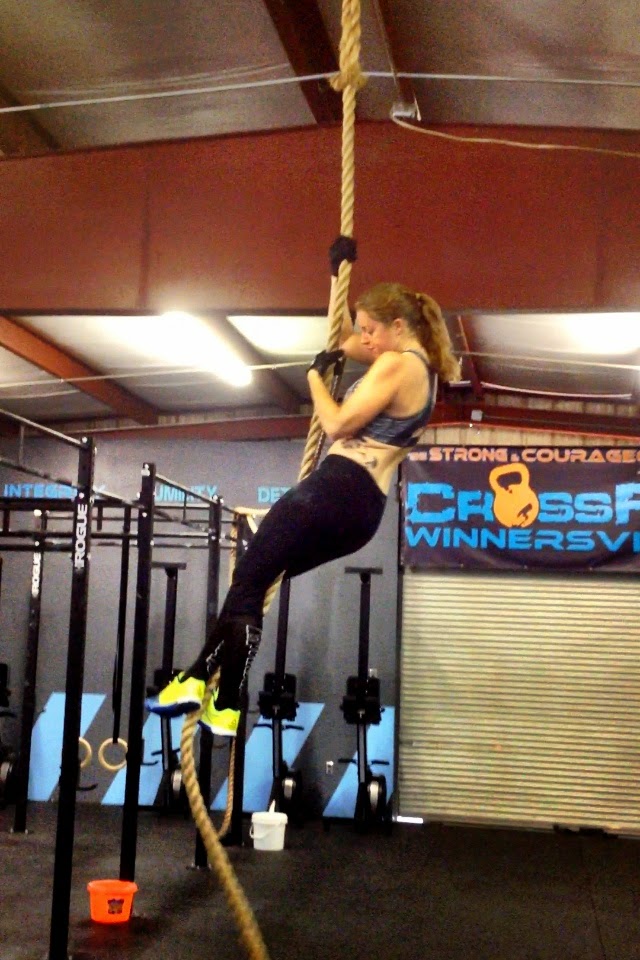 I'm not competing in The Open this year, still doing the workouts this year for it but just not officially.  There are a couple things I'd like to improve on before I do.  Next year...
Posted by The Jumping Percheron at 9:25 PM