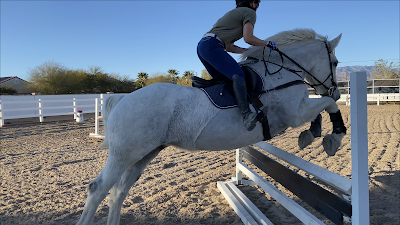 Klein has been jumping courses again and rising to every challenge like usual.  We have been doing a lot of ground rails on the flat too.  The other day I left the jumps really low and did some crazy bending lines and jumped everything on an angle.  She nailed every single thing I asked her to do. 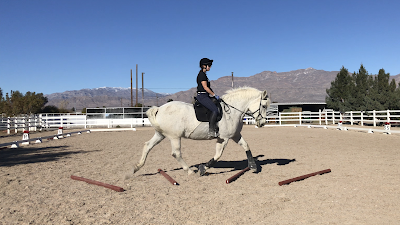 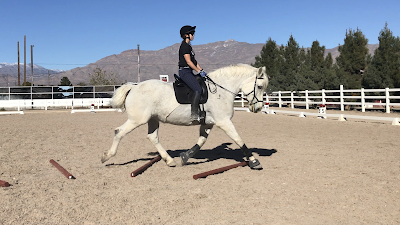 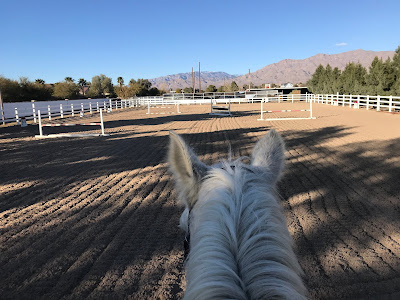 Scroll through for a video.

Recently I've had her work on auto changes as well.  I have never put any time into teaching her to just change.  9 times out of 10 she'll land on the correct lead and we don't think much about it.  I have also had instructors tell me to be careful with teaching them changes because you may open up a door you're not ready to have open yet.  Meaning it just confuses them and if you're not at Third Level to leave well enough alone.  Klein is smart enough to listen and realize when we're out on course and she needs to just do a lead change, or if we are working on counter canter and she doesn't need to do a change.

I did teach her flying changes, and that's another reason I'm not concerned.  She doesn't just throw out the changes all over the place, I have to ask.  About a week and a half ago I spent some time teaching her automatic flying changes.  With Super B, I'm lucky that she just does them, and it was the way I ride with Super B to get them that made me think to give it a try with Klein.

Klein got it right away.  While she was late behind a little, if we do them regularly and she gets stronger at them, they'll be no issue and she won't be late behind.  All it means now is that she understands what to do and she's doing it.  Then the ride after that, we were on the landing side of a jump and she landed on the wrong lead.  She fixed herself immediately.  She never used to do that, but since I spent that ONE ride working on it, she totally gets it.  My girls are ridiculously smart. 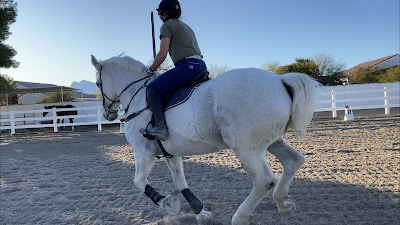 We have also been enjoying walks through the neighborhood.  The weather has been beautiful so we take full advantage of it on the weekends. 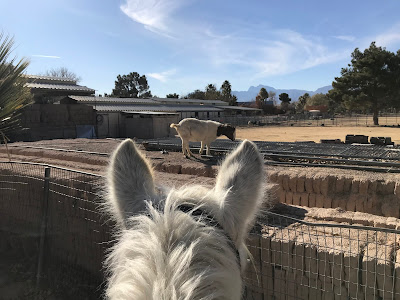 Just a random goat, doing goat things.
Posted by The Jumping Percheron at 12:08 AM