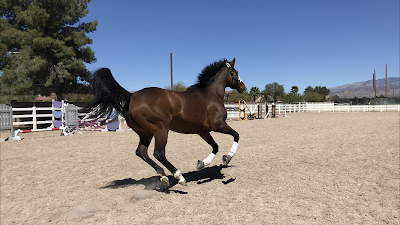 Last week we put up a jump chute at the barn and the girls took full advantage.  Klein I knew would be easy and know what to do.  Super B on the other hand I wasn't sure about.  But, there is only one way to find out.  Super B was up first and I wasn't sure what to expect with her, except I did think she would figure it out due to jumping through some small gymnastic lines in recent weeks.

At first Super B wasn't sure and it took putting everything down to very low cross rails and me jumping through it with her.  This cracks me up because it seems like any time she is hesitant for anything, if I do it with her, she's fine, or if I'm riding she just NEEDS that confident ride until she learns her job a bit more.  If I'm riding I have to be sure to give her a confident ride. She's not spooky, this is just with new things where she's not sure.  Once she has that reassurance that she IS doing what she is supposed to be doing, she's got it.


She did jump out once, and the funny part about that is where she jumped out was higher/harder than if she would have just committed to the last fence in the line.  Where she jumped out also had odd things forming the wall and she went right on over.  I couldn't even be mad.  She jumped higher, weirder things, there's no way I could be disappointed with that. 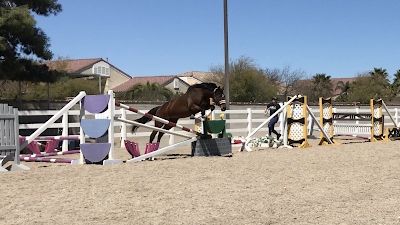 I wanted to raise higher yet but figured we were at a good spot since she had never done it before.  She was confident with it and we can always build it again so we called it a day.  She was also tearing around the ring full blast and having a great time during all of this.  She is just poetry in motion.  She'd take off in a gallop then bring it back to this massive, uphill, floaty trot.  She's getting so comfortable with her body and really starting to MOVE, it has been a lot of fun watching her develop. 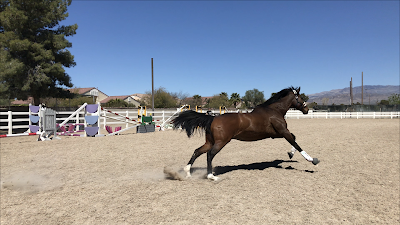 When it was Klein mare's turn, well, duh, she knew exactly why she was in there.  I started it off low and raised it after a couple times through at each height.  She also was tearing around the arena after every time through the line.  I really giving them something different to do too. 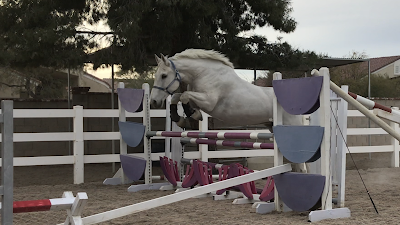 Klein could have also went higher but she was tiring herself out a bit by running around full blast too.  I decided I'd rather end on a confident note where she was easily clearing it at 3'9" than run the risk of her just being tired and losing her form. 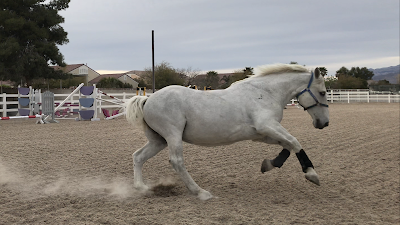 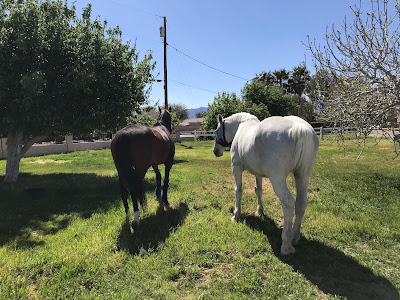 Two unicorns enjoying a perfect afternoon.
Posted by The Jumping Percheron at 11:03 PM