We are coming up to the year mark here pretty quick with our time in New Jersey.  Here is our first November in NJ in some pictures and video clips... 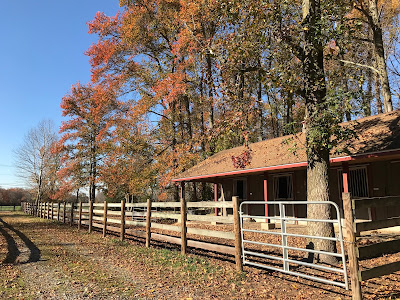 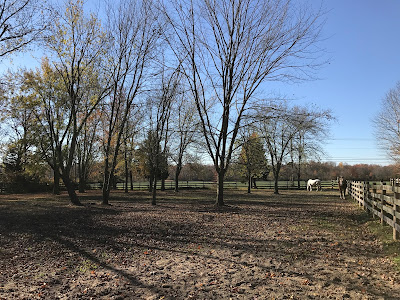 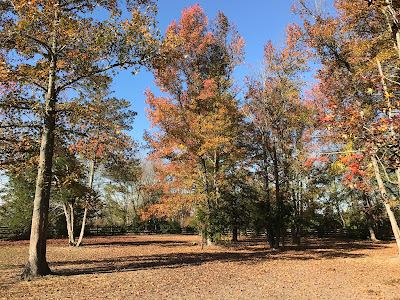 One of their pastures looking pretty with the leaves.


Mochs lllloves her dad!  She always comes in when he calls her.  Check out how she's moving too! 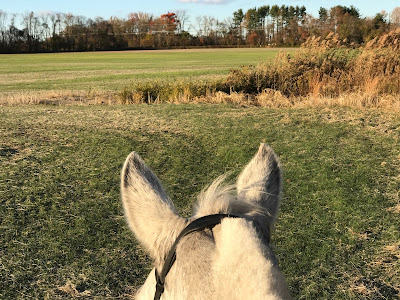 Out for some slow gallops. 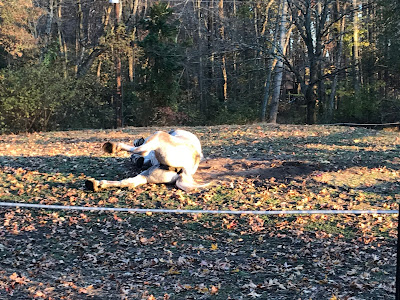 What ride would be complete without a roll afterward?! 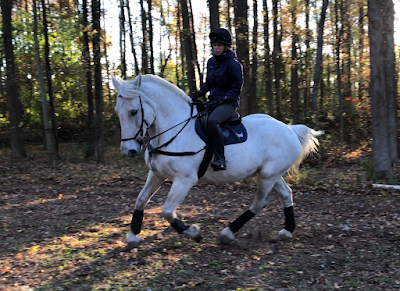 My girl doing what she does...and looking beautiful while she does it. 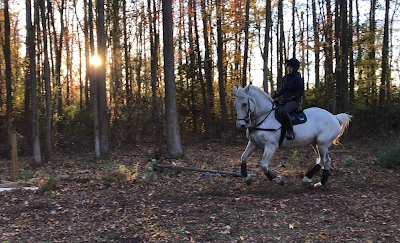 We were schooling coming back when I asked and then lengthening in the canter at random intervals so she wouldn't anticipate. 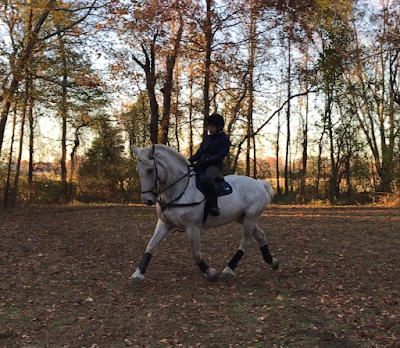 Also schooled lengthenings at the trot.  I'm VERY proud of this girl for where we're at with this.  She's off the ground in this pic if you look closely too.

And here you can see it motion.  I cannot tell you how many people (some that were instructors) have told me that she's not capable of this because "she's not built for it" or "her neck is huge."  Noted. But I'm not expecting Grand Prix quality movements, but I KNOW she is capable, it just took a while for me to show her she CAN.  I know my girl, and I wouldn't ask her to do something I didn't genuinely feel she could do.  Also, it's taken a bit because I'm learning teaching her these things as I go as well.  She would have picked it up faster if I would have been a better teacher for her. 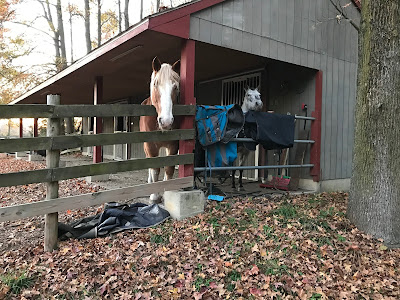 This is what happens when you are five minutes late to get dinner ready.  Wes starts throwing stuff on the ground in protest.  He has a routine, and that means EVERYBODY needs to stick to it. 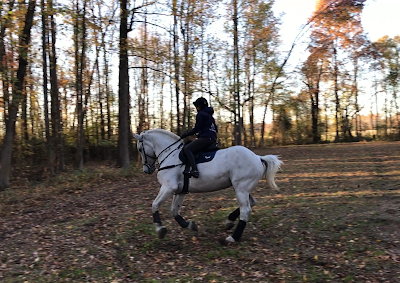 *le sigh* it's been almost 10 privileged years of owning this mare and I still fall in love with her pretty much every time I look at her.  Totally considering getting another Klein tattoo lately, surprising, I know. 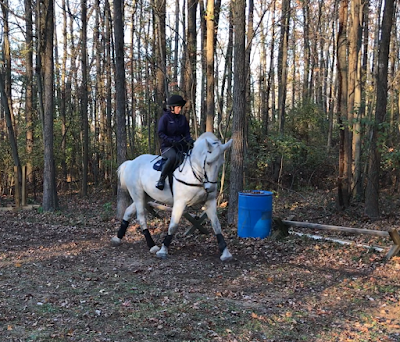 Have to be supple, though she's being a bit dramatic here. 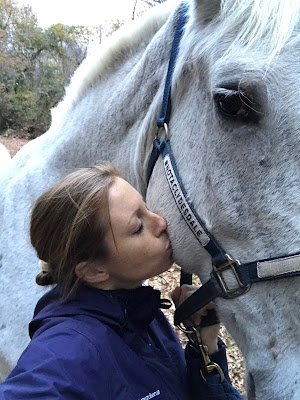 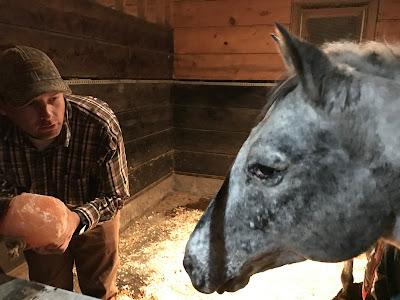 The Other Half saw Mochs' favorite salt block was on sale at TSC one evening so he made sure to grab her one.  Here he is trying to show her he got her a new one.  Yes, he does lick the salt block too, you know, to demonstrate for her. 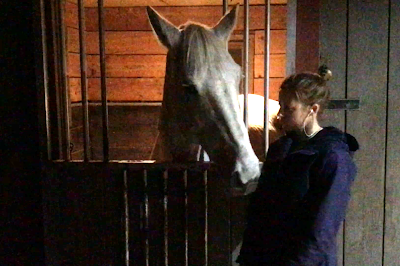 About to get goodnight kisses.

See?  Yep, this is an every day thing. 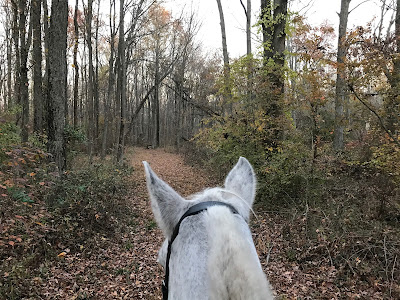 Warming up on our trails around our property. 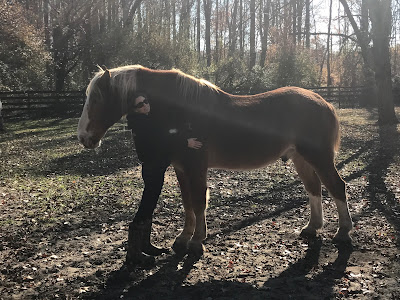 He gives the best hugs because he's basically a giant teddy bear! 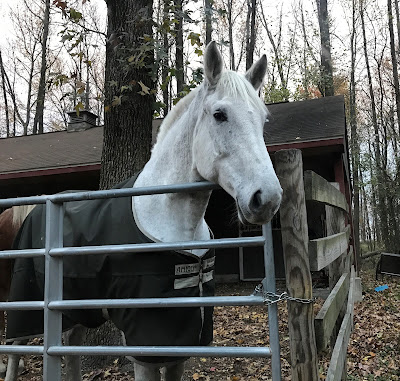 This is the stare down I get every single morning I come back from the gym.  If she had a watch, she'd be looking at it, tapping a hoof.  BTW, big horse people, Amigo XL, best draft blanket I've found so far.  Amazing cut, great fit, very durable!  I've tried SS Tack's Big Fella line and some others that were supposed to be cut for drafts and they just never fit great. 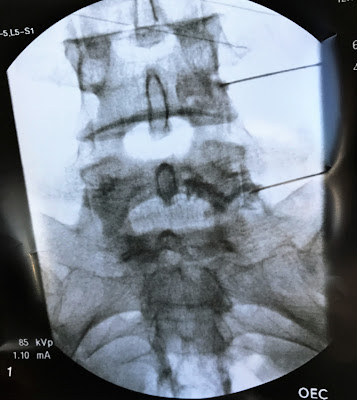 I had to have another epidural spinal injection this past week.  This was the second one and should get rid of the rest of the nerve pain I had.  The first one took care of most of it, so they did a second one to clear up the last bit.  I highly recommend this procedure!  If you look at the second needle, you'll see kind of a dark v like line, that is the steroids being injected.  L4 and L5 were injected.  This does relate to riding since this part of the body is in heavy use while riding.  My nerve pain never was irritated by riding, but since these injections I do notice I feel more centered in the saddle.  This is most likely because I had begun to compensate over time and it wasn't noticeable because it was normal...until you feel the difference after they fix it! 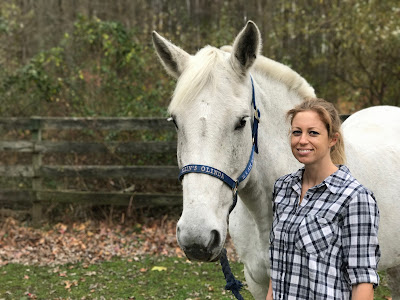 Back to ponies...this is the camera on the iPhone 7 Plus.  It's amazing. 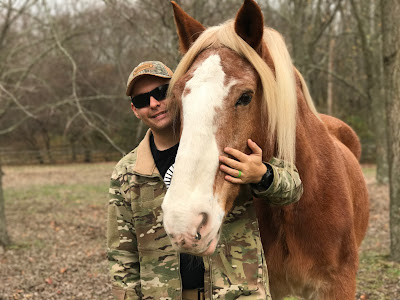 The Handsome with his dad. 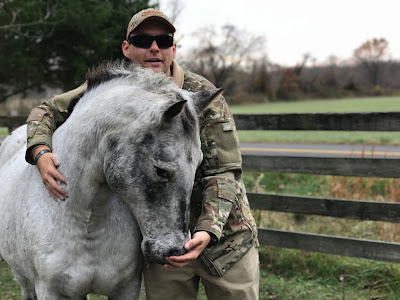 Mochs searching him for food, of course. 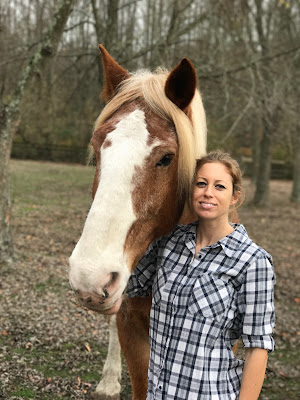 Sweetest boy in the world. 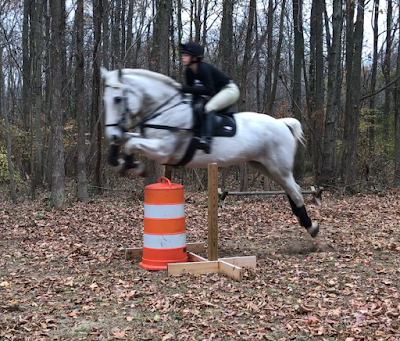 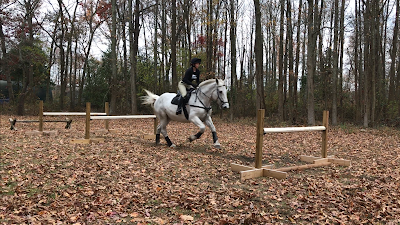 Fun with a small grid. 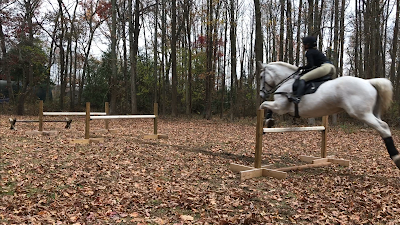 Jumping in from a long spot.  She was happy to get her feet off the ground that day and I had to ask her to bring it back a notch to pretty much everything that day.  She didn't get the memo in time on this one.

Hard to believe that bounce is 10ft. This is what happens when you give your horse a chance to try and show you they CAN. I gave her that chance years ago and she continues to amaze me every day. #Klein #mare #percheron #shesnotaclydesdale #drafthorse #jumping #oghorse #bamf #hearthorse #riding #equestrian #jumpingpercheron #blog #horseofalifetime #hearthorse #maresrock #ridetolive #horsesofinstagram #eventer #eventing #schooling #gymnastics
A video posted by Stacey C (@jumpingpercheron) on Nov 25, 2016 at 6:27pm PST 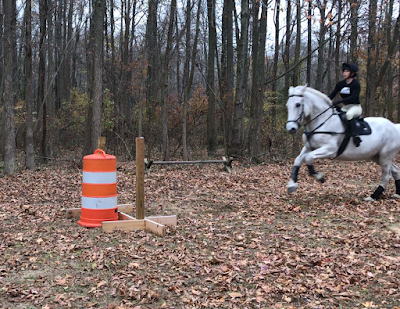 And here she is disagreeing with a half halt, but she listened and got a perfect spot. 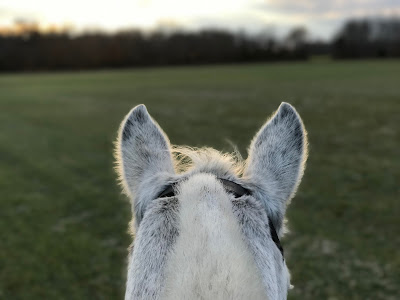 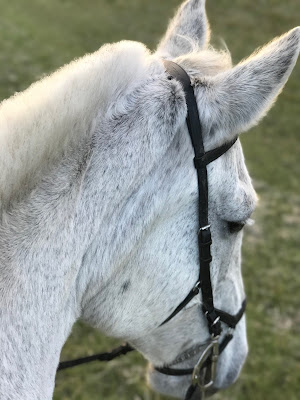 Time for a fresh clip.

Oh and...we have a newly discovered event prospect in the house:

Scope for days! It might be time for studs though! He's picking up time left and right with all that loss of traction 😹 #Manny #jumpercat #mainecoon #catsofinstagram #catplanet #mainecoonnation #dialmformanny #bigcat #domesticlion #furball #xccat #eventer #eventing #kitty #cat #meow
A video posted by Stacey C (@jumpingpercheron) on Nov 27, 2016 at 9:29am PST

Posted by The Jumping Percheron at 9:09 PM