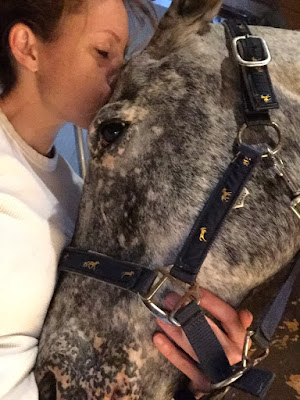 The most special little spotted horse.

A Mochi update is overdue. It has now been four months since her Osphos diagnosis.  I put her on the longe line the other day to watch her closely and she is definitely better but is still intermittently lame on the right front.

A short video of how she is currently moving so you can see what I'm talking about:


I called the vet to give her an update and ask what she thinks we should do next, if anything.  I asked about trying Previcox on her and she said we can but she recommended continued rest and to give her a full six months off, which would be August.  Technically May would have been the six months of rest point but she wasn’t diagnosed with a navicular cyst until three months after she first went lame.  But we are talking about a full six months rest with the Osphos in her system.  I was fine with that. I really miss riding her, a lot.   It sucks when that thought pops into my head that there is a possibility I will never get that opportunity again.  But it has sunk in and I’m ok with it.

Here is what we were doing this time last year: 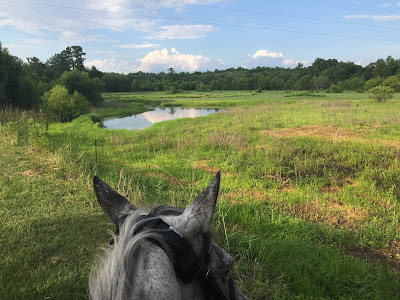 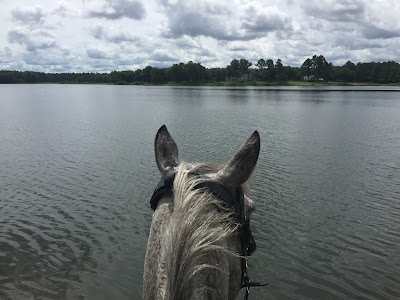 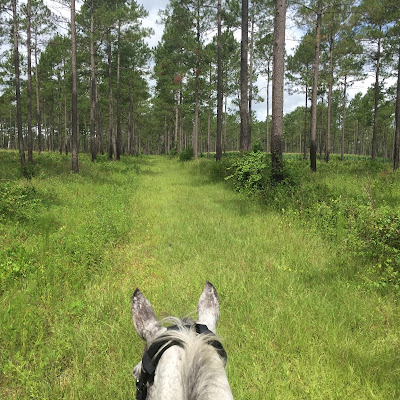 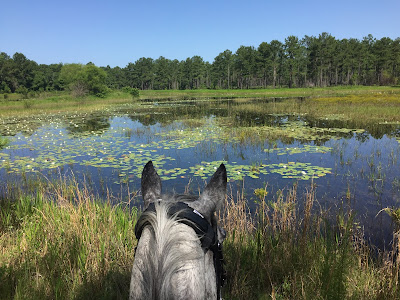 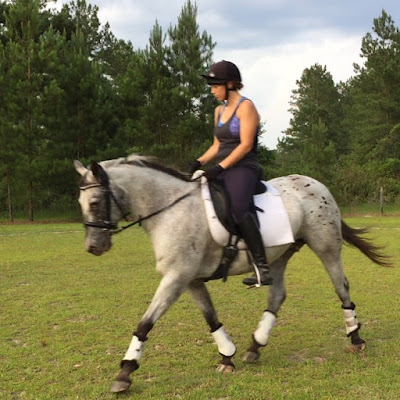 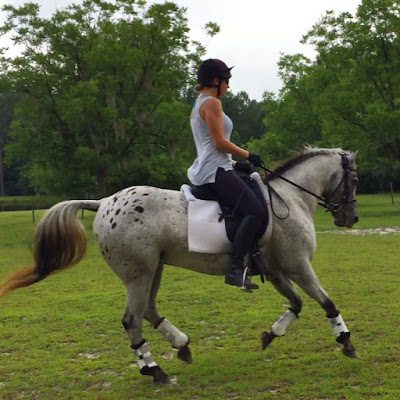 She is just too adorable and has the cutest little personality to not just be happy having her in the barn in any capacity.  I love my little spotted girl.  I’d have a herd of Mochs if I could, I think The Other Half would agree too.  Maybe there will be a Mochi sport pony baby one day.  The thought has crossed my mind.  She has the best personality and work ethic, but not the greatest hind end confirmation, so more thinking is needed about that.  Besides, a Klein baby will happen before any other baby.

To continue Mochi’s rough patch, we noticed a week ago last Sunday evening that she was acting a little odd.  She was just hanging around on the barn porch after I put their evening hay out.   That’s not like my little vacuum cleaner pony.  There was a thunderstorm that had rolled in and I wondered if maybe it was something to do with the storm.  We watched her and she eventually wandered out to one of the hay nets that evening and I didn’t think too much about it.

The next morning, I put their breakfast hay out and Moch acted like I never even walked by her with it.  THAT is NOT like her at all.  Red flags started flying immediately at that point.  She just seemed spaced out, I could tell she didn’t feel good.   I put her in the crossties and took her temperature. 103.9, more red flags and alarm bells were going off in my head and my heart.  I called the vet immediately and told them I needed an emergency appointment.  I told them she wasn’t eating and had a 103.9 degree fever.  Lyme was the first thing to pop into my head because she did have a NASTY tick bite recently.  We have since waged an all-out war on ticks and haven’t found one on any of them since.

I put her in front of a big fan and just kept hosing her off.  The Other Half left work and came home to help me too.   He was super worried about her too and I was about to flip out because I was so worried for her.  The vet was there an hour later and in about five minutes she said it was Erlichiosis, basically a tick-borne bacterial infection and lesser form of Lyme.   Luckily it’s easily treatable with the same antibiotics (Doxy) that treat Lyme.  The vet also hooked her up with an injection of Bute and within five minutes her fever broke and her behavior did a 180.  It’s like a switch was flipped.  She perked up and started pawing, which is classic Mochi speak for “I’m done, can I go now?”   We offered her some grass and she vacuumed it up like a normal Mochi pony.   I was immediately relieved too.

We stayed home the rest of the day to watch her and take her temperature throughout the day.  The vet told us we’d be riding the fever roller coaster down the next coupled days and to not be too alarmed because that is how it typically happens.  She said to expect her to be a little warmer in the evenings then down in the mornings with each day being lower than the last.  Moch stayed at 97.4 the rest of the day and was only 98 the next morning. 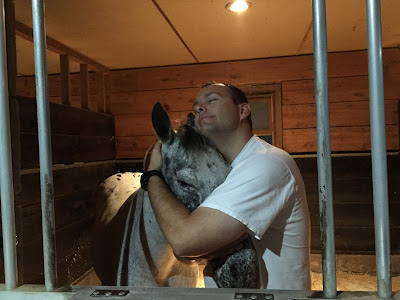 More pony love to help her get well quick.

I have a feeling that we kicked that infection right in the gut as early as we could and knocked it out of her immediately.   She was on the Doxy for the five days, twice a day, and her fever never came back.  She has been her normal pony self, telling Wes to keep his distance for no reason at completely random times, ditching every fly mask I put on her, all while generally being the most adorable little mare ever.

Here she is on two different mornings recently, watching over her drafts. 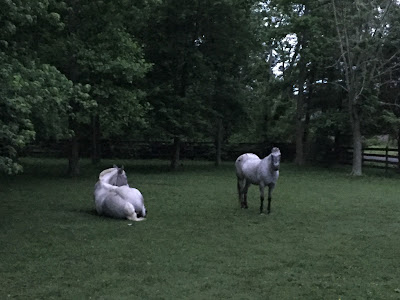 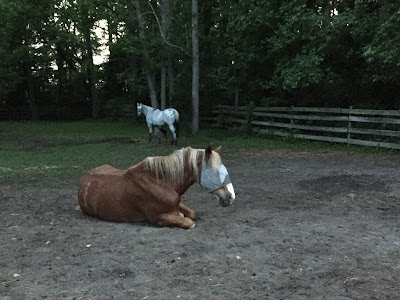 Posted by The Jumping Percheron at 7:59 PM