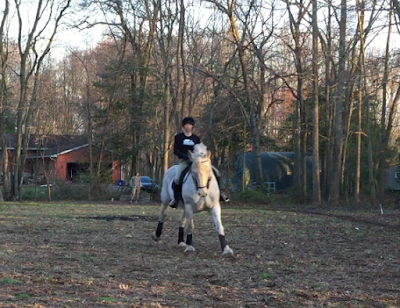 Klein baby has been pretty serious in her dressage lately.  Last week we had a dressage school where we did some leg yields at the canter with a flying change on the other side.  It was awesome.  I needed to keep her busy because she is one of those horses that will jump into the change and almost run from it after she changes.  She needed a reminder that they are no big deal, we change and continue doing whatever is next.  There is no need for them to be so exciting.  Taking the ground pole out of the equation has helped too because then she had no idea I was about to ask for one until I do.  With the pole, she can anticipate.  I would change her in the corner and then do a 20m circle.  That way she had to keep it together and there was no chance to get strung out on the long side because she was all hyped up.  By the time we got to the other side of the 20m circle she was back in her zone.  Then we'd go down to the short side and repeat from the other direction.

We worked on shortening and lengthening our canter on a circle too.  Worked on our canter-walks too.  Here is one of the leg yields at the canter.  The Other Half wasn't home when I was riding, he actually got home in the middle of my ride, so I had my camera on the tripod and couldn't get the change at the end.


A couple more pics from a great ride: 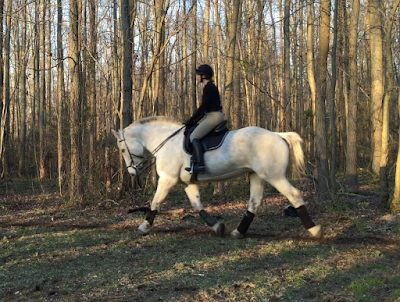 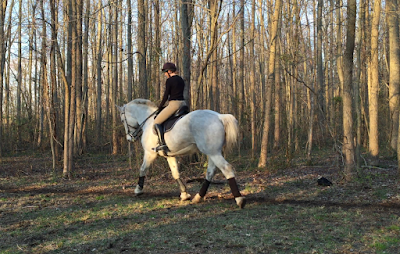 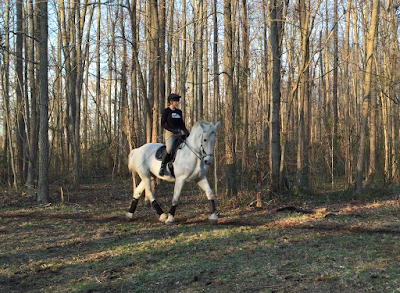 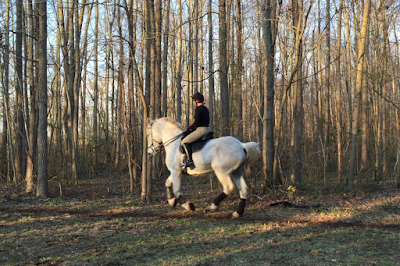 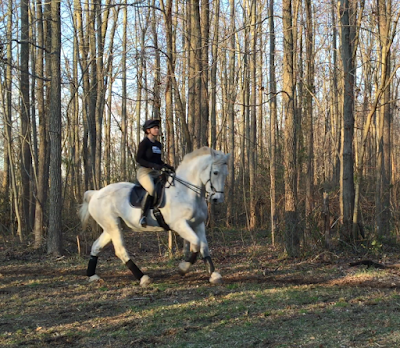 She is in a low port pelham with a double rein in these pictures.  She does well schooling in this for a  with random schools in her boucher, then of course we show in the boucher since the pelham isn't dressage legal.

I need to get her out to a dressage show.  That's a low level show priority for this year so where we can fit one in that won't mess with a horse trial, we will.  Hopefully it will be sooner than later!
Posted by The Jumping Percheron at 8:30 AM