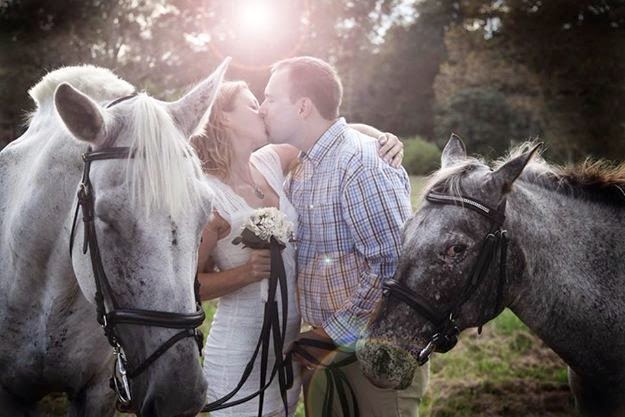 The Other Half and I had a very small ceremony at the barn last Saturday with a few select friends and all three of our ponies.  I had Klein's reins in my hand for the ceremony and he had Mochi's reins in his hand.  We wanted to hold all three during the ceremony but I'm pretty sure the girls would have made faces at Wes the whole time. I knew The Odd Couple would be fine.  We left Wes to wander around in the pasture while the ceremony was taking place.  I told everyone that Wes was allowed to photo bomb as much as he wanted.  No one was to tell him to move.  This was the first wedding he has ever been present for where he wasn't working so, he was free to do whatever he felt like!  We did get some pictures with all three after the ceremony though.

Everything was perfect!  It was beautiful evening and having the horses there for the ceremony was perfect.  Here are some photos, I will get the rest of the professional photos sometime next week.  This is a mix of iphone pictures with just a few of the professional pictures that I have received as a preview.  I'll post more when I get them from our photographer. 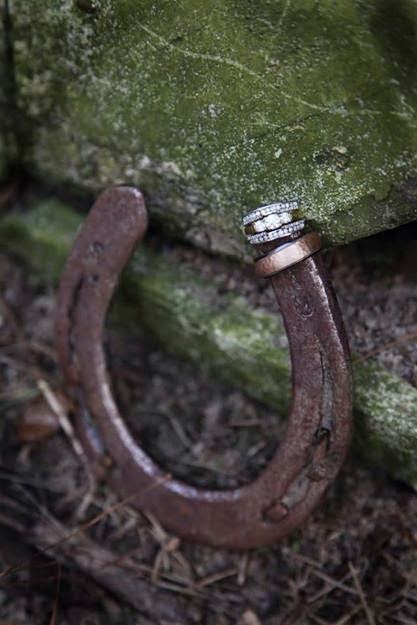 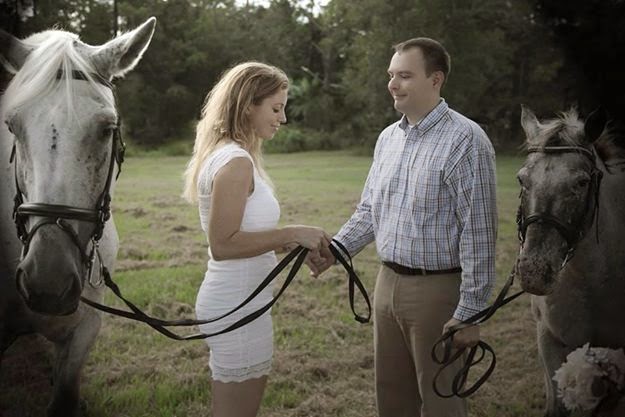 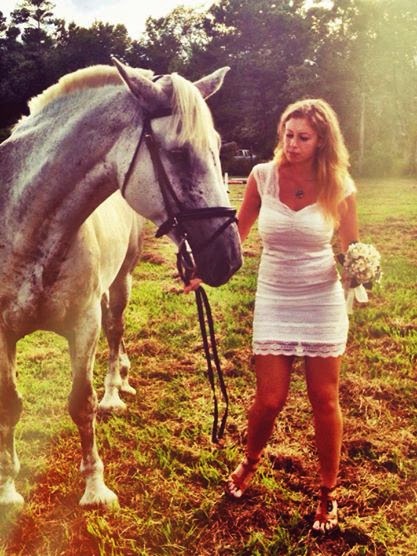 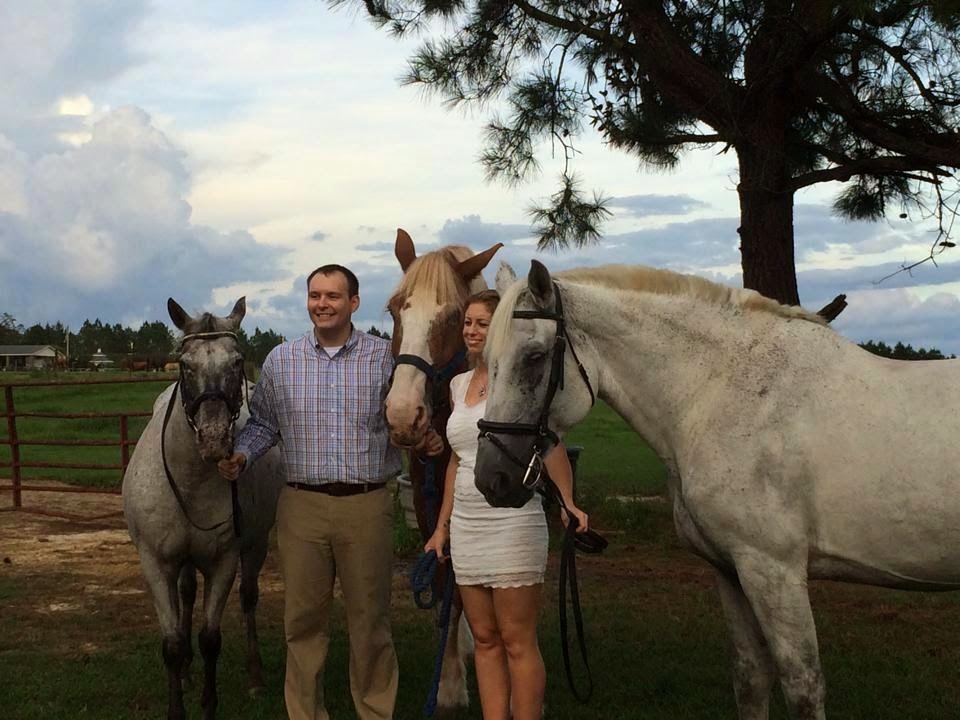 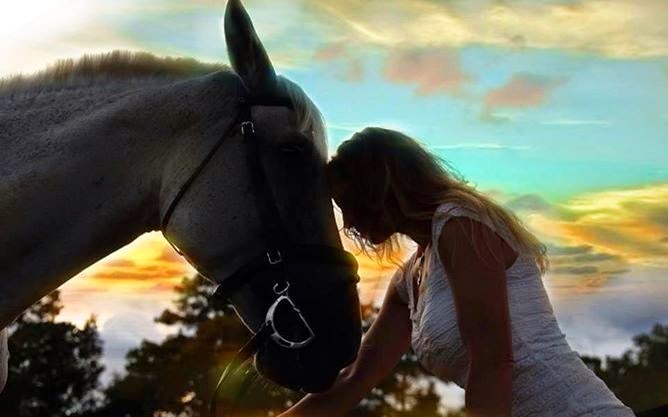 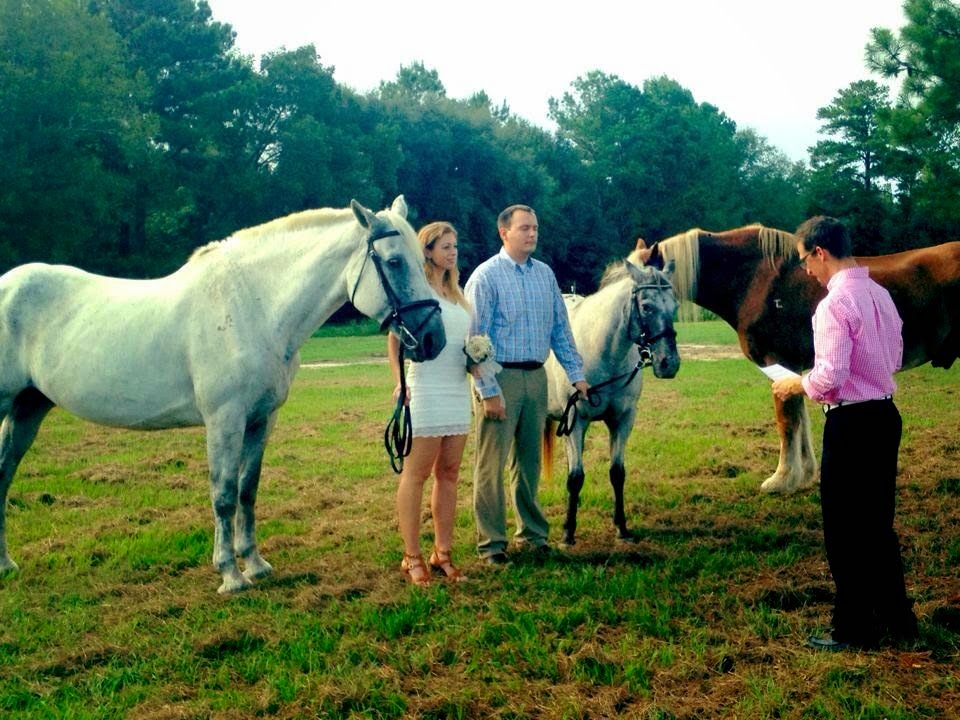 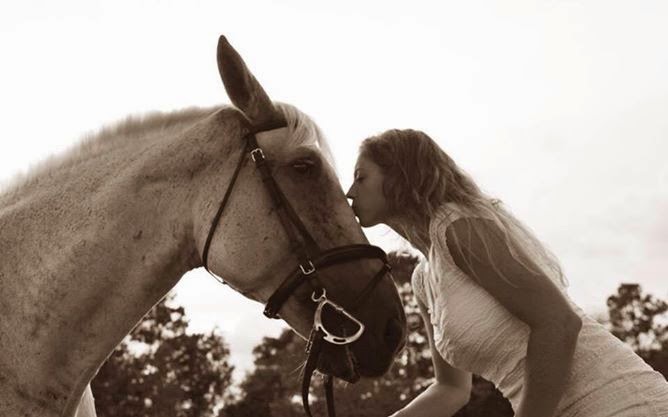 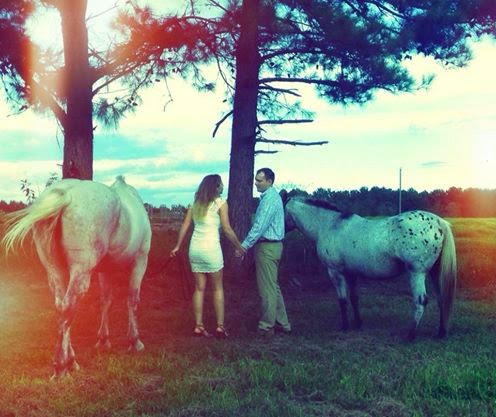 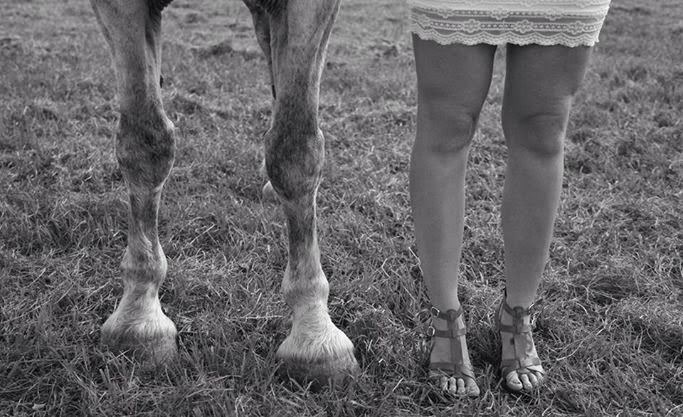 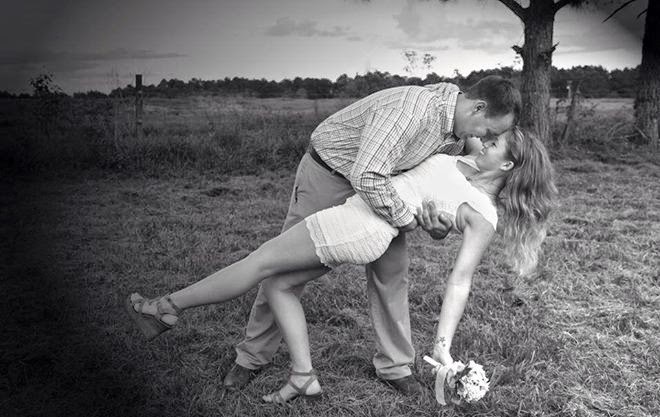 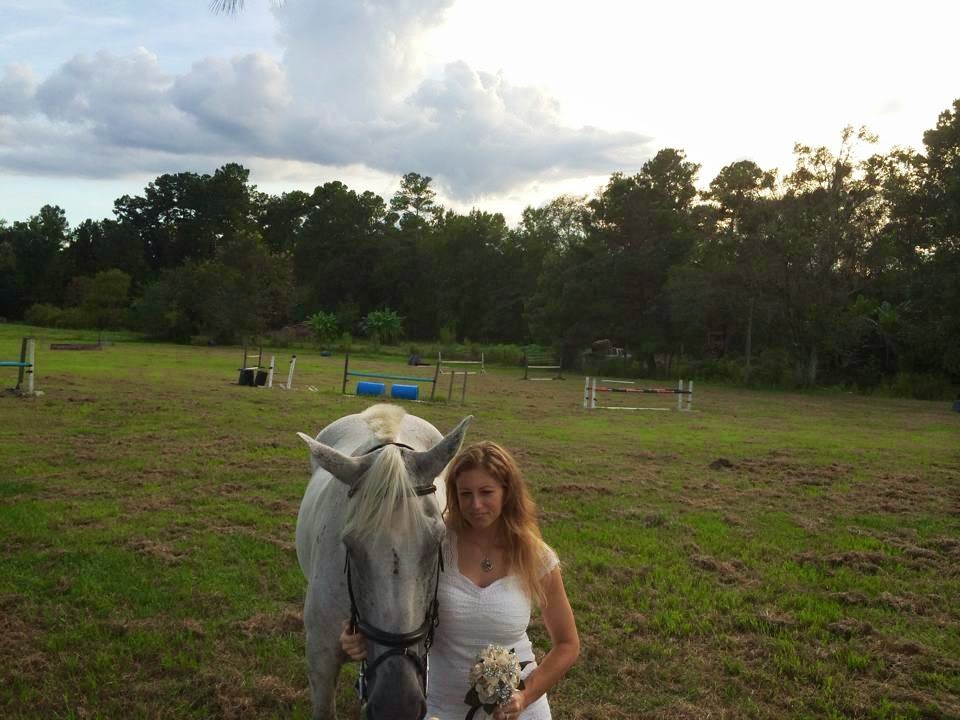 Posted by The Jumping Percheron at 10:05 PM

Email ThisBlogThis!Share to TwitterShare to FacebookShare to Pinterest
Labels: Wedding, wedding with horses