Colic Surgery Recovery: It's OVER! Happy 90 Days Super B! 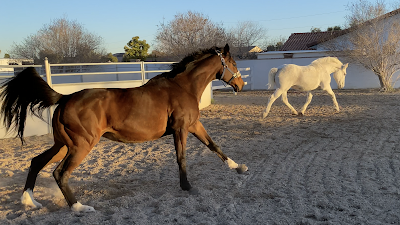 Yesterday was the 90 day mark for Super B since her surgery!  All restrictions are officially lifted!  The only remaining limitation was that she was still not on 24/7 turn out, or allowed to really run around and go wild with Klein, we couldn't quite go out and gallop like the end of the world is coming yet either, or jump.

She is now back out with Klein and as far as under saddle, we will continue to build her strength back up so we can start jumping again and galloping.  This week I'm going to take her out to one of our favorite trail riding spots for some slow canters and very light hill walking.  She doesn't feel or look weak by any means, but I sill do not believe in skipping ahead in conditioning increments no matter how good she feels/looks. 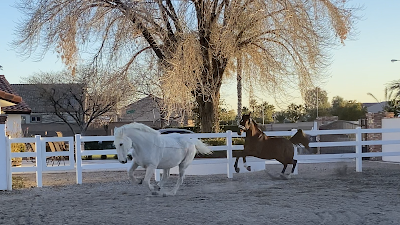 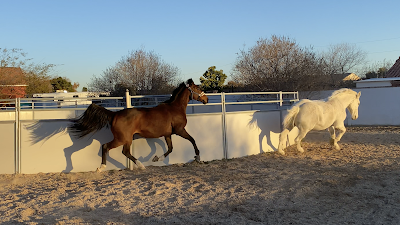 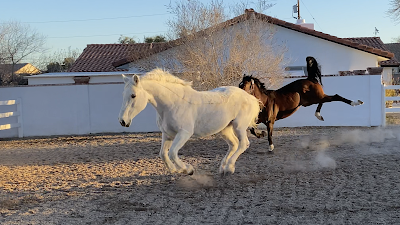 She is so happy to be back out with Klein.  This morning I watched them nap in the sun together.  Klein has also not been the fun police with her and they ate from the same hay net all afternoon yesterday.  It was pretty adorable. 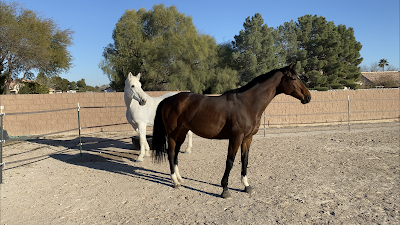 It's all behind us now, officially.  She did it, she gave colic the biggest F U she could and you would never guess she even had a major surgery like that.  The very epitome of a War Horse. 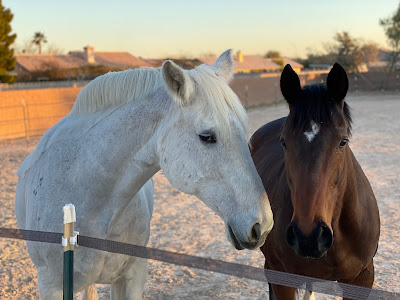 Super Mares.
Posted by The Jumping Percheron at 10:27 PM