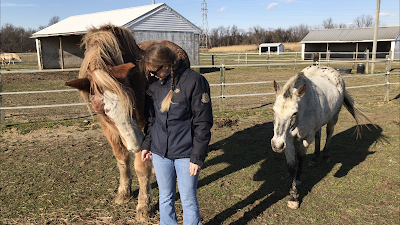 We have visited Mochs and Wes a couple more times.  They both seem to be VERY happy, like noticeably happy at their new place.  Wes, which this is bittersweet to say, actually still seems to be a little happier than at home.  It wasn't that he was unhappy at home, but I think a combination of having more room and no Fun Police micromanaging his daily activities has done him good.  His expression just seems a little brighter overall.  He's a Belgian, he's stoic and even keeled by nature so he doesn't get excited about much, so for him to have a noticeable difference in demeanor really does say something. 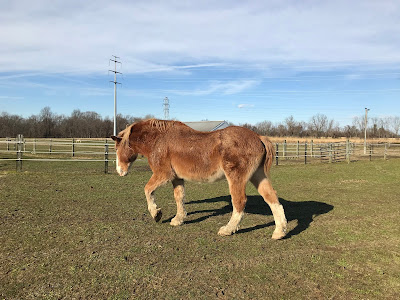 He looks SO good!  I swear he has found the fountain of youth somewhere.  He'll be 28 this year?! 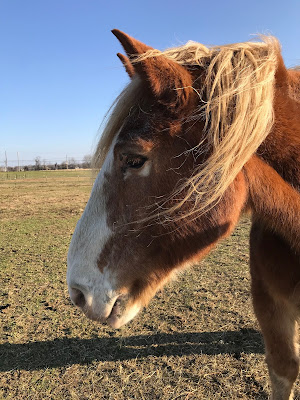 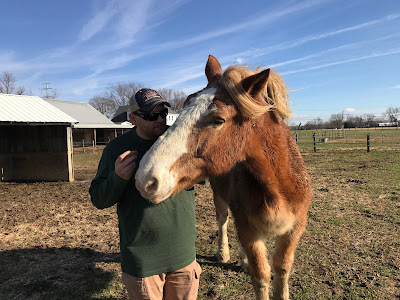 When we first got there Wes came walking in to us with a renewed energy in his walk.  So not only does he have some extra brightness to his overall demeanor, but even in his gait.  Also, that farm does not retain water like ours did.  This keeps him out of the mud and is part of the reason he has so much more room there to go be a horse. 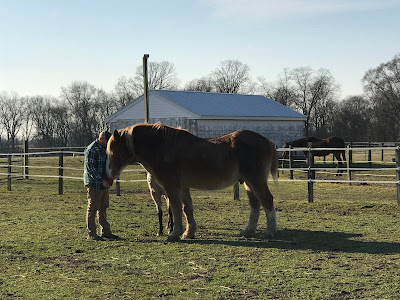 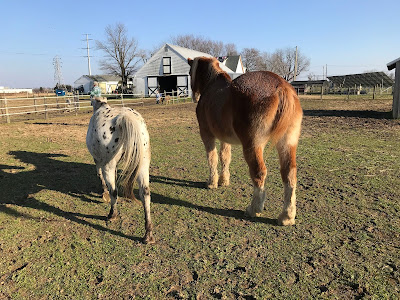 Mochs is very go with the flow.  She can settle in anywhere but she is happy to have Wes back.  Wes looks after her, but she honestly is his protector.  She doesn't boss him, but she is protective of him to the point where if any other horse approaches the fence line and he wants to say hi, she won't let that happen.  That is her job now, being his personal security detail.  I watched it happen the other day.  One of the farm owner's sons was walking one of his mini mares along the fence line and Wes got curious and walked over.  Moch saw this happening and took off with her ears flat telling Wes to get away from the fence.  He listens to her. 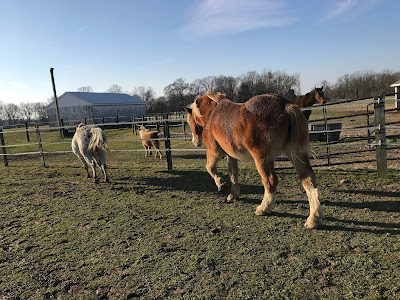 *sigh* Mochs charging the fence because of the mini. 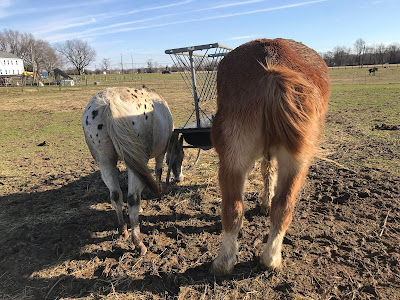 We have left NJ, and the day we left we passed the exit to that farm.  I got pretty sad about it that day but after reminding myself that I KNOW they are where they need to be, I felt better.  I also had to remind myself that I could bring them out to Las Vegas any day and time I wanted to.  Scheduling a trip with Brook Ledge is literally one phone call away at any minute.  They are also just a flight away that I could book in about five minutes.  Those things make me feel not so far from them.  I also still very much feel that if I were to move them, they would be in Las Vegas for my own good and not theirs.  That is never something I want for them.  I thought about all the years Wes lived downtown while he was a carriage horse again and how him being on a big, green pasture in the climate he so clearly loves and needs is making up for all the years he was deprived of that. 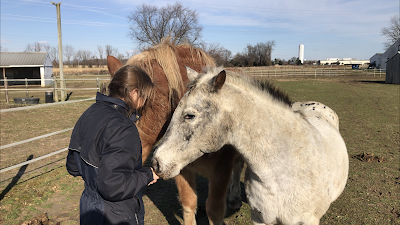 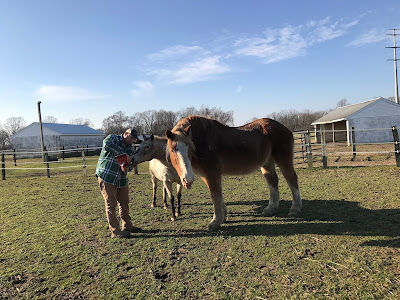 And Mochs?  I have owned Mochs for 6.5 years now and she is still somewhat of a little mystery to me as far as what she REALLY wants to do.  I know she's not out with Wes wasting away by not being an event pony, or a dressage pony.  Those are things I wanted her to do, but she never quite settled into.  She obviously takes her security job seriously and with her Navicular, she is limited and who knows if I would ever reach a significantly limiting point with her in work.  She is barefoot, sound, happy, and comfortable. 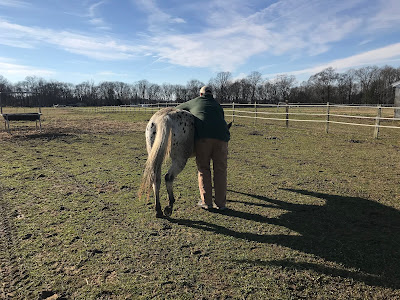 Looking forward to the things I am going to accomplish with Klein and Super B this year help me feel better too.  Not sitting in the car with 14 hours a day to dwell on Mochs and Wes not being in Las Vegas is a big help too.  Being an animal person sucks sometimes.  You cannot avoid the times where you have to make a decision based on their best interest versus your own, unless you are a selfish animal owner.  I know where my lines are drawn, sometimes are harder than others when it comes time not to cross them.  This is one of those times, but all signs point to the right thing being Mochs and Wes staying where they are. 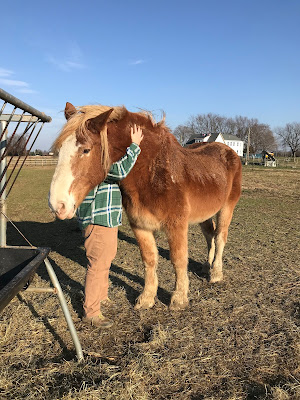 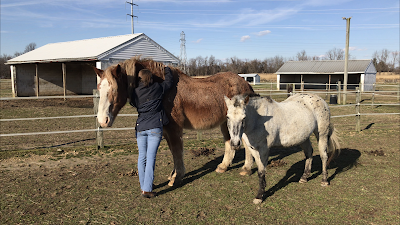 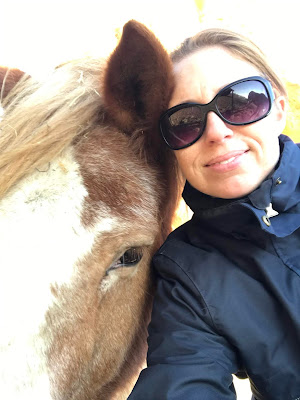 Posted by The Jumping Percheron at 9:14 AM