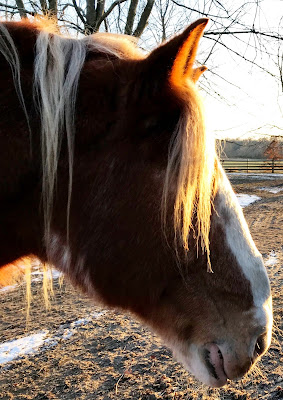 I don't think the Fountain of Youth is an actual fountain, I think it's a management style and we have found it for Wes.  This is the coldest winter I have had him in and he continues to own the hell out of it.  Obviously draft horses do better in the cold, but at age 26, going on 27, I worry about him.  But, the cold weather is continuing to turn the clock back on him, and I couldn't be happier about it.

I normally watch him closely on about everything he does, but in the cold I watch even closer.  I watch him like a hawk every time he rolls to make sure he is getting up fine, and he sure is.  That Pentosan Gold keeps his joints oiled for sure.  His mind is still sharp as a tack.  He notices EVERY little thing.  If you set something like a new hose out, he will stop and stare it down to make sure it isn't a threat.  The girls?  They notice things, but they just don't care.  Moch especially if the thing is between her and food, her level of caring goes down in the negatives when there is food to be eaten. 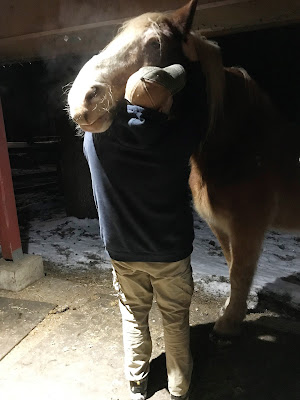 Wes is adorable.  If a new thing is on the barn porch, he will stop and stare it down before he proceeds into his stall to eat his dinner.  His yak coat is super glittery this year.  I think he'll look amazing again this spring.  He continues to be on nothing but hay, molasses free beet pulp, Empower Balance ration balancer, soybean oil, and a vitamin e & selenium supplement.  They have a 100 gallon heated stock tank and they always do a decent job drinking it down, so I know everyone is drinking well in the cold. 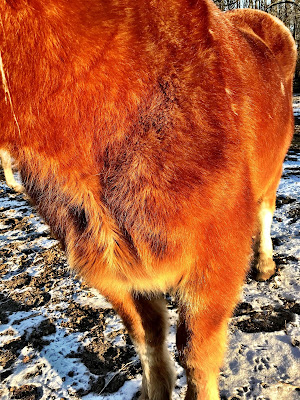 Pictures do it no justice.  You can't see the glittery sparkle it has here, but it's pretty impressive.

He continues to be more active the colder it gets.  With this Bomb Cyclone/Arctic Blast b.s. we had a day where the wind chill was making it feel like -5 and Wes was standing out in it.  I do not lock them up in this weather either.  They always have a choice to be in or out.  The girls will sleep in their stalls when it gets under 20 degrees at night.  Wes could, he definitely has enough room to lay down and get up comfortably in his stall, but he doesn't ever sleep in it.  Never once have I found shavings on him in the morning. 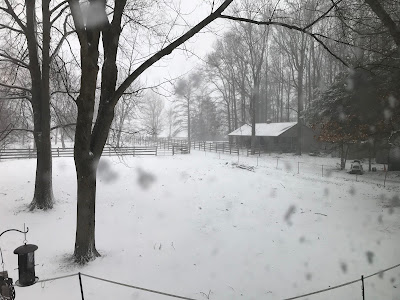 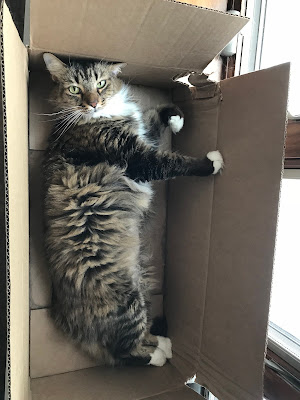 How Manny prefers to spend his snow days. 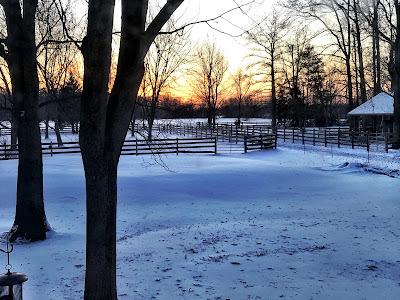 The calm after the storm.

Today we came home from picking up stuff from the feed store and Wes was standing out in the sun taking a nap, when it was 15 degrees.  Two things he does on a daily basis, rolls, and takes a nap in the sun.  He's a simple guy.  Though this winter isn't close to being over, I'm not worried about Wes a bit, and I think he'll look like a million dollars again in the Spring.  Nothing makes me happier than to see this old man continue on in his retirement in this condition. 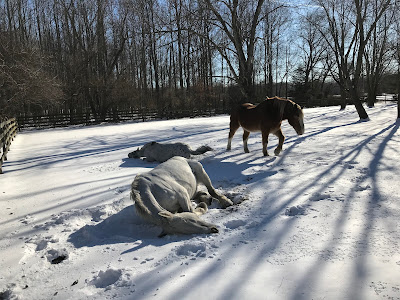 The girls couldn't wait for me to get their blankets off today, and Wes is like "pffft, amateurs..."  I think he's pulled Klein's Canadian card lately. 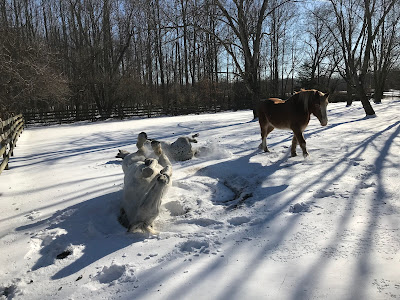 Posted by The Jumping Percheron at 7:44 PM