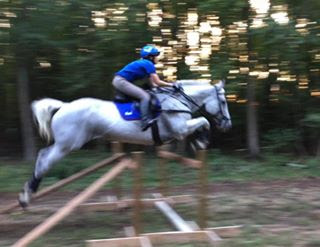 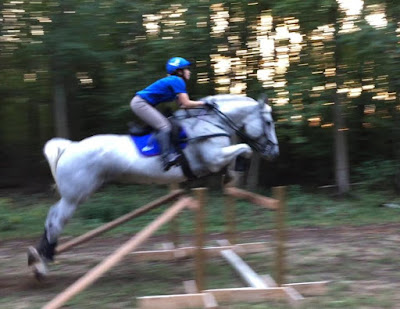 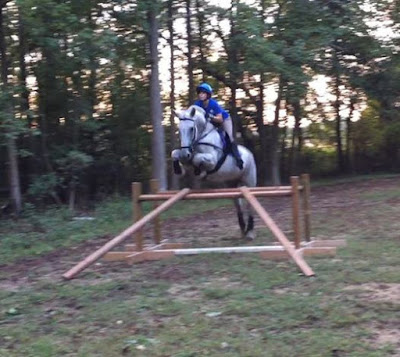 The standards are 4', the oxer in this pic is 3'6".  I'm thinking one day soon we'll put the rails on the highest hole just once for funsies. 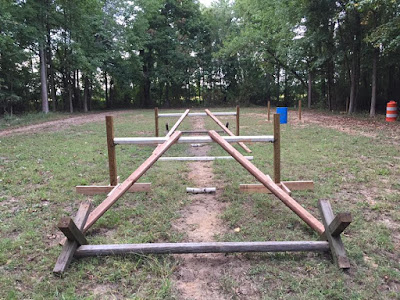 Apologies for the blurry pictures, as usual.  However, my iPhone 7 Plus has been ordered and should be here by the second week of November and the camera on this new version is supposed to be significantly improved in low light.  Also, now that it is fall and the leaves are letting go, it's lighter in our arena and that should help too.  I'm tired of these blurry, crap quality photos.  Anyone have a 7 Plus yet and care to comment about what they think of it so far?


The Other Half also noticed a road barricade barrel had appeared along our property line one day.  It stayed for a couple weeks, no one came to claim it so he grabbed it for me!

#kleinmaredontcare
Posted by The Jumping Percheron at 8:54 PM