What in the World? 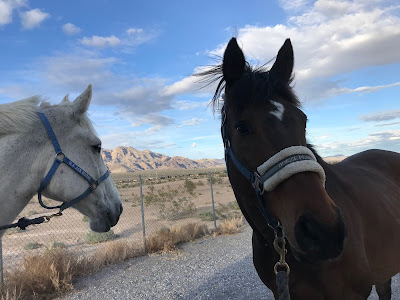 I wanted to keep the focus on my last series of posts concerning eventing deaths so I held off on regular posts.  So what in the world have we been up to?

The girls have continued to work regularly, even with the pandemic going on.  We are lucky that we're still able to continue with our usual routine.  They are not at a public barn anymore either, they are on a private property. 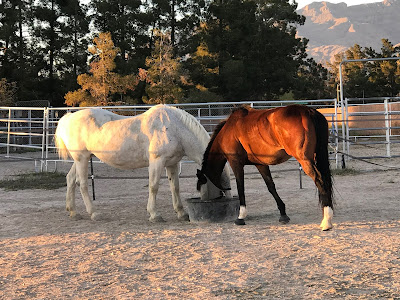 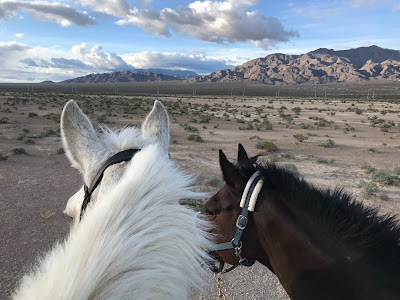 I WAS starting to taper them down from work due to a work trip I have coming up.  That got delayed so the work kept up and now it's about time to taper again.  Klein I have kept in shape while working on nothing in specific for a change because I know she won't be showing until at least late fall.  Super B I have kept up with consistent, specific training, because, well, she's not as well schooled as Klein.  Think about it, Klein has about twelve years of training on her.  Super B has two since leaving the track after spending the majority of her life on it. 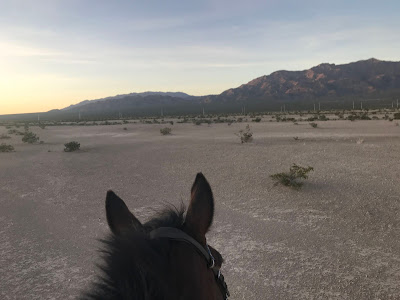 Super B continues to do extremely well and we recently just had a little celebration for the six month anniversary of her colic surgery.  You would have no idea what she went through.  She's a true super mare.  I was calling her Queen B for quite a while but I have committed to Super B now because she's just a super mare that has got to be one of the toughest horses I've seen, yet while also being one of the most sensitive and emotional at the same time.  I have been planning to get a small bee tattoo for her for over a year now and have finally found the perfect bee for it. 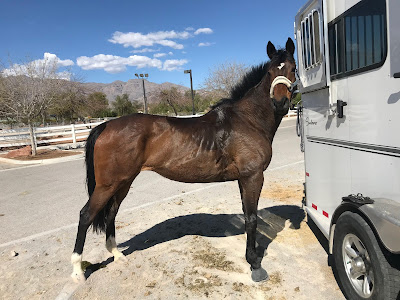 Excuse her sweaty look.  I had just untacked her after a ride and came out of the tackroom to her posed like this.  Something had caught her attention.  She's just such a supermodel of a mare. 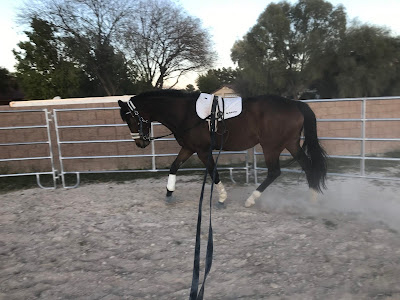 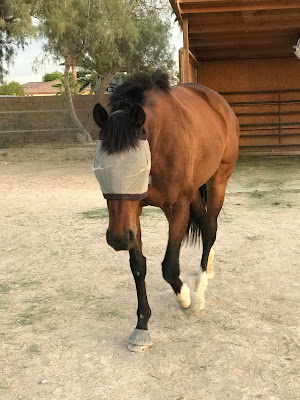 The weather here has been nothing short of perfect lately too.  Absolutely gorgeous riding weather.  Spring in the desert is unbelievably beautiful, everything is green and all of the desert plants have flowers blooming.  We also recently found a new place with miles and miles and miles of trails.  The trails also give you an unreal view of The Strip. 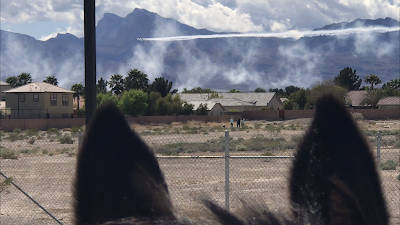 Watching The Thunderbirds from the best seat in the house, Super B. 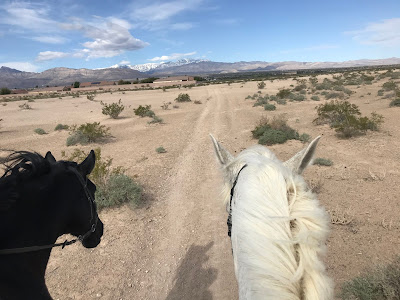 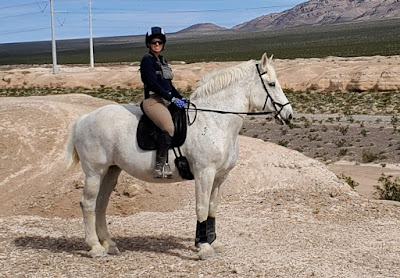 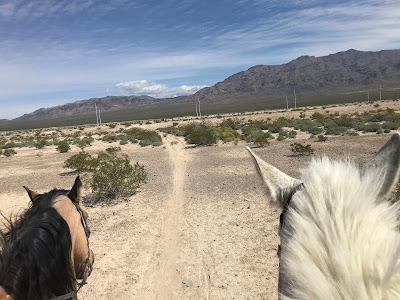 Zeb and Klein on a beautiful morning out on the trails. 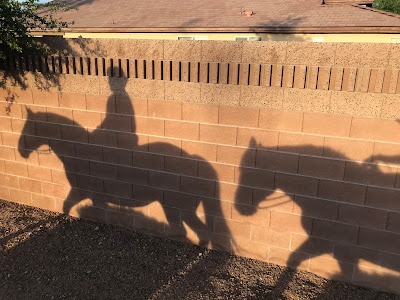 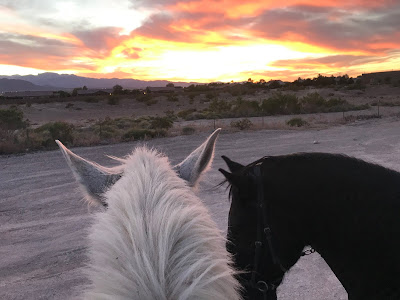 Sunset rides with bff's.  These two are coming up on their 10 year friendiversary this July believe it or not!  I just love that they have been reunited here in Nevada. 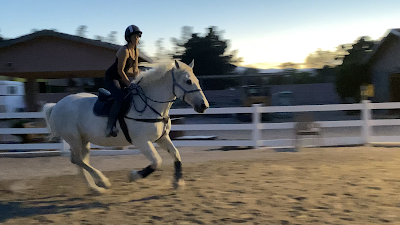 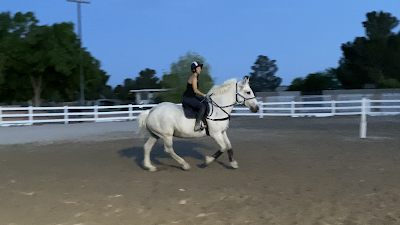 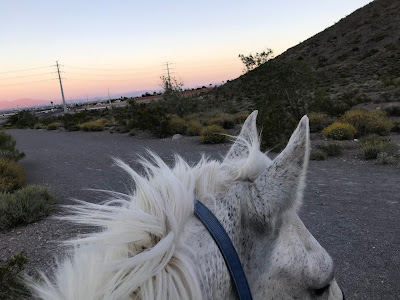 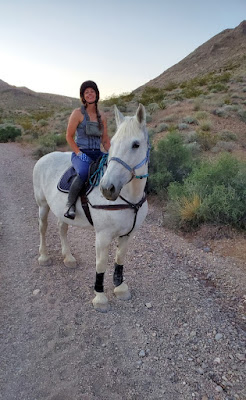 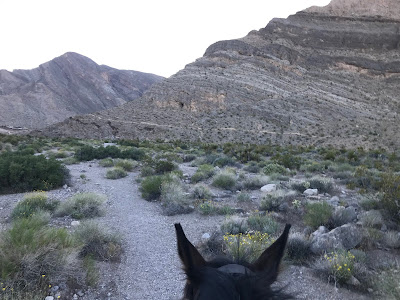 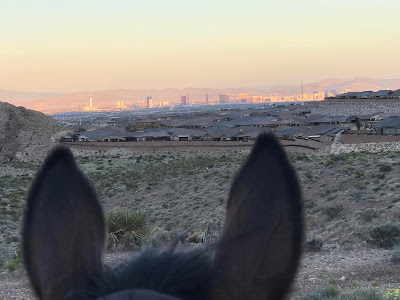 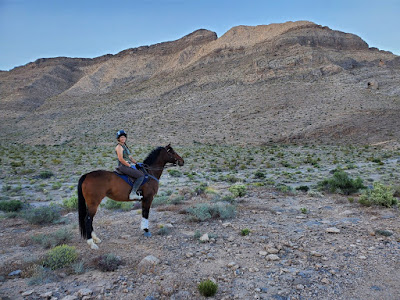 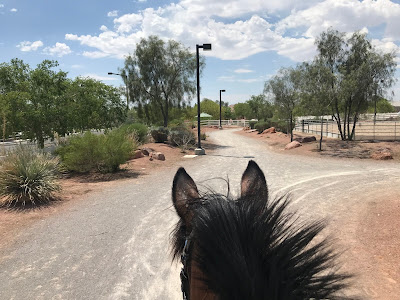 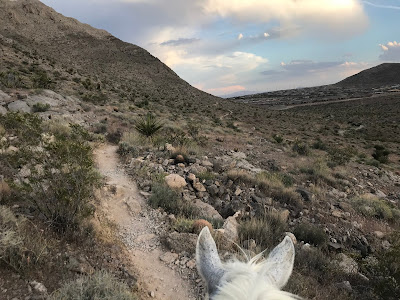 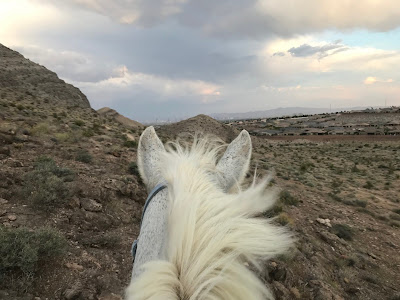 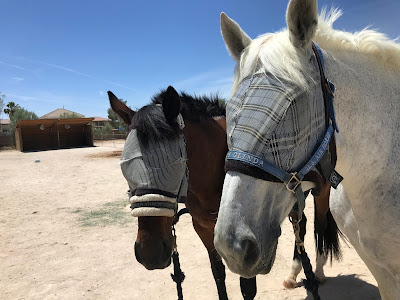 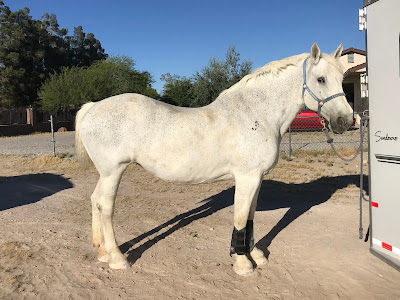 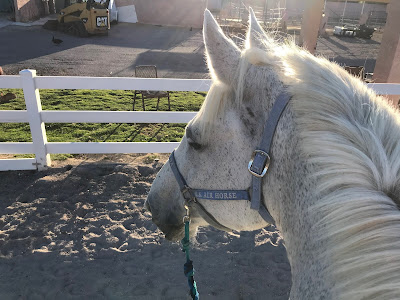 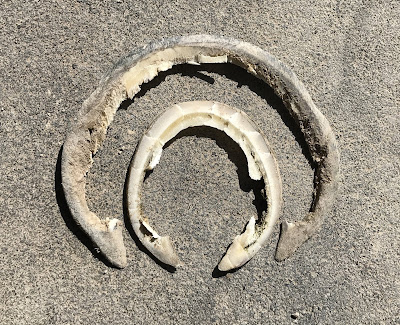 Klein vs. Super B. 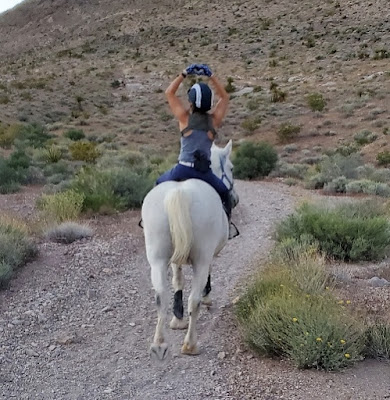 We llllove the desert.  This was a gorgeous evening trail ride in our new favorite spot!
Posted by The Jumping Percheron at 7:25 PM