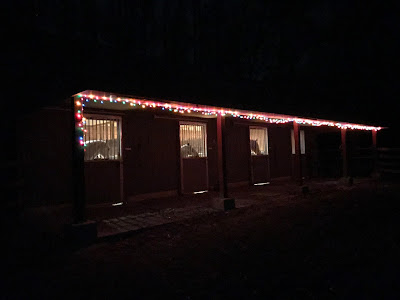 It's been a little quiet on here, but we're about to fix that.  Once again I had something major (a positive thing) going on for my career that was every bit in my control so I gave it 110%.  With that, I had to re-align some of my priorities for the last month.

In that month there have been jump schools, chiro adjustments for the girls, more second level dressage work, and sunset/dark rides. 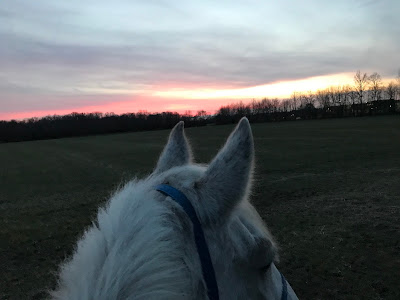 Heading down the road for a sunset/ride in the dark. 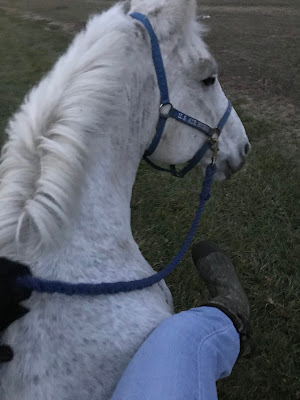 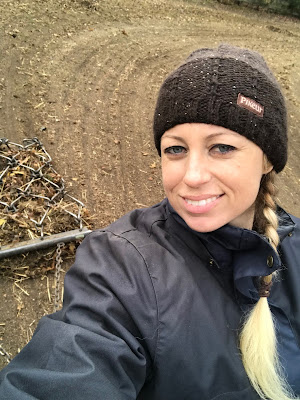 Doing chores aka cleaning the kids' rooms with the drag that was in the last post.  This thing is seriously one of the best things EVER.  When I do our ring it's like my own personal horsey version of a Japanese Garden. 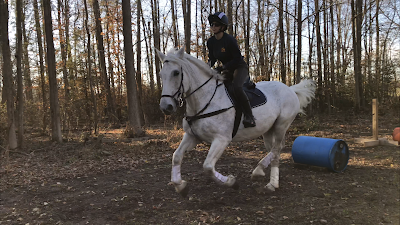 The Other Half and I enjoyed the holidays because we actually got to see each other after only spending 2.5 months together this year because of work.  Thankfully not every year is like that, but it's all for our end goal, which is building our forever farm how and where we want it. 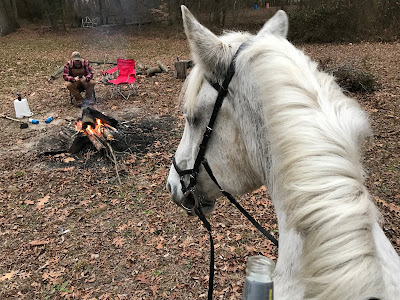 Having a drink during our cool down one evening.  The Other Half was just getting the fire started before some friends came over for more drinks.

We got a little bit of snow and Wes has loved it. 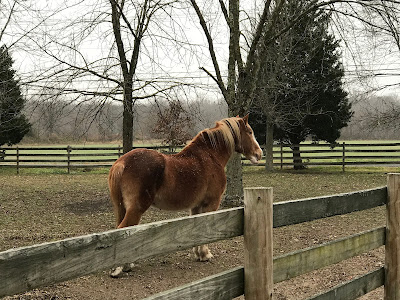 Wes telling the storm to bring it right as the first snow started.

The guy will not come inside when it snows.  He has the option, but he's not interested.  He is also just in general being more active now that the temperatures have dropped even more lately.  When the mares get stirred up he usually watches them and just tries to stay out of their way.  Lately?  He joins in on the silliness.  We have seen him run around and buck more in the past couple weeks than we have since before spring.  This is from today:


We have had our first snow since the last post too.  As usual, it makes Mochs verrrrry sleepy. 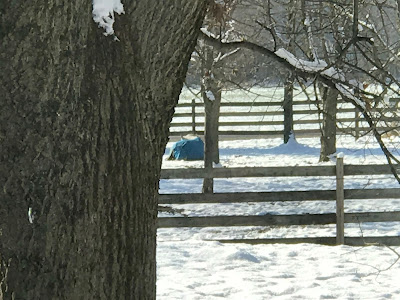 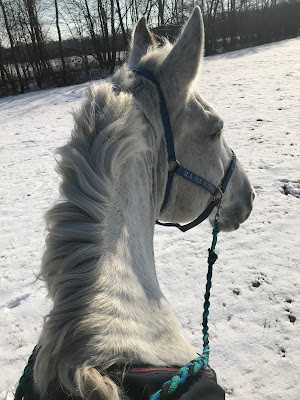 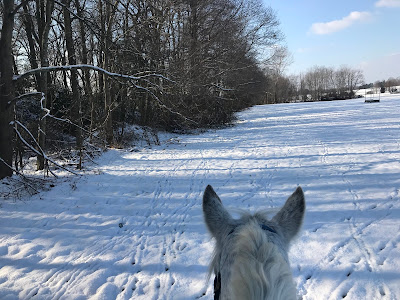 I even caught the Princess herself napping recently.  They were taking turns, Mochs had just got up from hers when Klein decided that it was her turn.  This never happens during the warmer months. 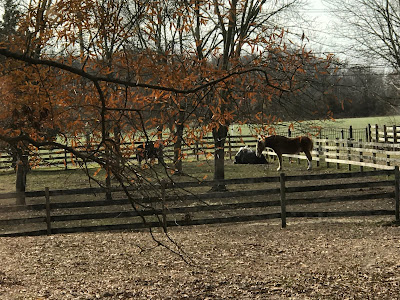 The girls keeping us on schedule as usual. 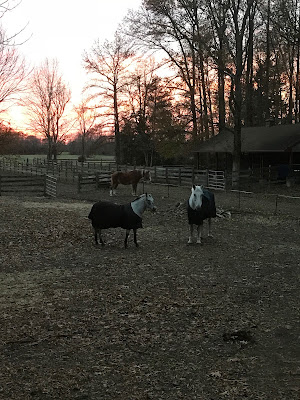 It starts in the distance, then when they realize it isn't working... 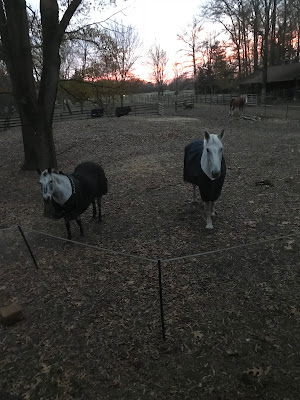 Wes is your typical gelding that is just happy to have food.  The girls however will not only be vocal to remind us what time it is, in case we forgot, but they also just give us the stare down.  Notice Wes is not part of the stare down.


Klein was happy to get out for some gallops today.  Even if we're not actively conditioning during the off season, gallops are still required for her because she loves them.  She genuinely enjoys going out and just getting to fly.  It's good for her mind too, just a break from any real, concentrated work. 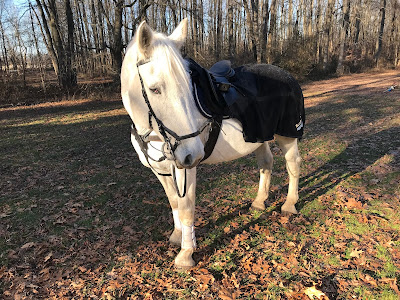 The face of a happy mare after galloping. 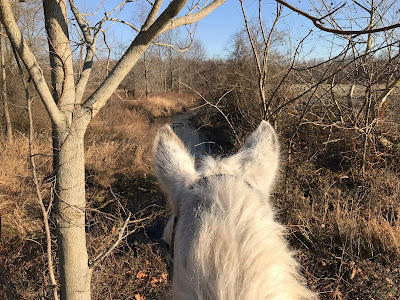 Some of our scenery today.


A week ago I took Mochs to a hospital in the area for a full lameness evaluation after dealing with her having some intermittent lameness again lately.  All of that information is for the next post though!
Posted by The Jumping Percheron at 7:55 PM