Horses From the Other Side of the World 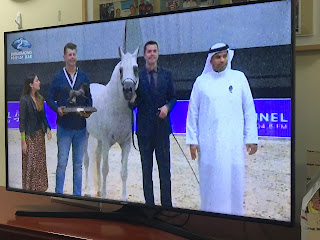 I have now spent about four months watching horse racing on the other side of the world for hours on end every day. I have a tv in my office and have it on as background noise most days since I figured out there is a channel that plays nothing but Thoroughbred racing, Arabian racing, dressage, showjumping, Arabian horse breed shows, race horse sales, racing stallion parades, and camel racing. It cycles through tracks from around the world, including tracks in the U.S. on some days, but the U.S. tracks are definitely the minority on this channel. A lot of the racing is from England, Ireland, Singapore, and the UAE. 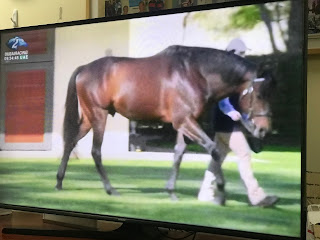 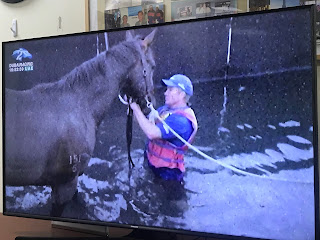 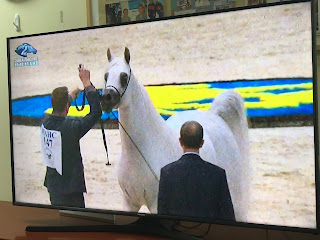 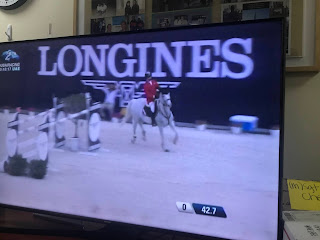 Last time I was in UAE, I was there in the racing season, the winter. I went to the Dubai World Cup and the Abu Dhabi Equestrian Club. This time, obviously, there were restrictions in place and it was the off season, the summer. It is just too hot in the UAE for live racing of any type. With the heat and humidity combined, some days it would be 140 degrees out. However, the dressage and jumpers still work and compete because they have large indoor, air conditioned facilities, and they are quite impressive. So, if I can't ride, and I can't go see horses in person somewhere downtown due to COVID restrictions, the next best thing is to watch them on tv, right?
There are some things I have noticed about the racing in other parts of the world versus racing in the U.S. The horses race in both directions. The tracks have undulating terrain. Why don't we have that in the U.S.? I also watched a really cool documentary about Godolphin's training barn in Australia and their baby starting program. Dubai in particular has a track called Jebel Ali. There are a few tracks in Dubai. The one I went to for the World Cup was flat, but Jebel Ali has a MASSIVE hill the horses run up to the finish. It's impressive. 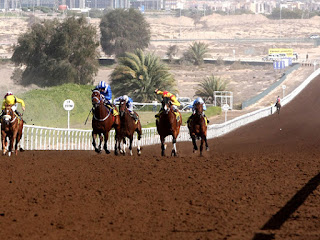 These past few months have made it clear why imported race horses seem to hold up better than ours. I have always heard about how Ireland's race training, how it does involve galloping hills a lot and taking them out on varying terrain, so they're not always on a prepared surface. They just seem much smarter about it than we do.
Dubai Racing frequently plays a tribute to the late Shamardal as well.
Here is a short video from one of the sales I watched last month:
They also do a "Where are they now?" that features well known retired race horses in their new homes.
I also found this in a gift shop here, so of course I had to have it: 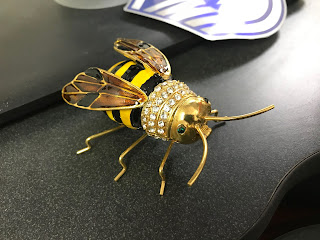 It's time to go home.  I'm starting to smell horses randomly, and the other night I saw the running lights on top of a bus go by over a building and thought it was running lights on a horse trailer for some reason.  Clearly my mind is trying to tell me something.  It really is a mental game when you're away for months.  You just have to try to not dwell on what you're missing and just look at the work ahead.
Posted by The Jumping Percheron at 4:07 AM